Norval (Elijah Wood) is having daddy issues. A trust fund hipster DJ in his thirties with a hideously ratty haircut and air of oblivious Coachella privilege, he’s travelled to a remote lakeside abode to be reunited with his estranged father (Stephan McHattie) at the latter’s request.  But Norval will quickly find that his highfalutin’ tales of hanging with Kendrick Lamarr will mean nothing when he agrees to COME TO DADDY.

Ant Timpson is known to genre fans as an ace producer of offbeat, unusual and transgressive film festival favorites. He’s the quintessential filmmaker for something along the lines of Fantastic Fest: challenging, strange works of quirky, violent abandon. His credits include the well regarded likes of cult favorites TURBO KID, THE GREASY STRANGLER and the ABCS OF DEATH movies. He’s shepherded and helped numerous filmmakers bring their unique visions to life, and, now with COME TO DADDY he’s taken up the camera himself to bring his own twisted vision to life. 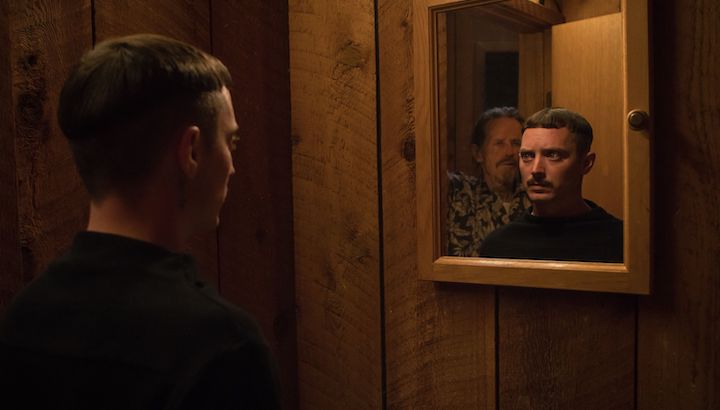 It’s hard to discuss COME TO DADDY without delving into spoilers; when I say it’s twisted, it’s not just in the content on screen, but in the way it makes hairpin turns through its narrative reveals. Suffice it to say it’s a skeleton of a father-son indie bonding drama shot through the framework of a Coen Brothers film after a bleary-eyed bender of rotgut moonshine and bumps of crystal meth. It’s a crackerjack thriller shot through with doses of bleakly nasty pitch-black comedy that builds to a surprisingly moving end, considering the ribald gnarliness that proceeds it.

Norval’s reunion with his father is strained and terse. He pours them both a drink, but as they set about talking they find they have nothing in common — the drunk, whiskey-voiced blue collar, alone in a cabin deep in the Oregon wilderness, unimpressed by his son’s soft, entitled upbringing, his wispy proclamations about his electronica occupation doing nothing to endear him to dad. But Gordon has skeletons in the closet, big ones. And poor, out of his depth Norval is going to discover that being a hot, in-demand L.A. DJ will not help dealing with those demons his father hides.

COME TO DADDY is from an idea by Timpson but written by Toby Harvard, who seems to have a thing for patriarchal problems. He previously wrote the gloopy-grotesque post-Adult Swim oddity THE GREASY STRANGLER, which felt like a Jared Hess film run through a Troma blender, and brings that same topsy-turvy bad-daddy dynamic to COME TO DADDY.

He’s working in a similarly perverse vein—there’s not a lurid, squalid sight that doesn’t tickle Harvard’s lunatic fancy—but he’s dropped the jokily arch cartoon sordidness of that film in favor of a more down-home human nastiness. It’s not that he’s dropped the grotesquerie—this is a film where a man gets stabbed with a shit covered pen, after all—it’s just that he’s found the heart in the center of this odious freak parade. 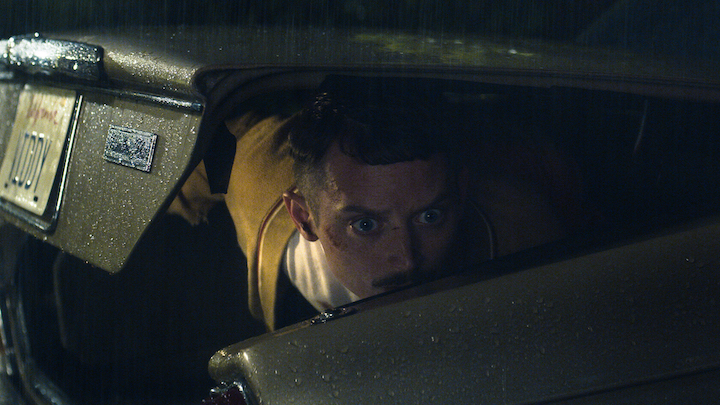 Wood, who’s blessedly allowed himself to become a kind of weirdo-savant darling of the genre community in the years following LORD OF THE RINGS, turns Norval into a kind of blinkered scene-nerd vigilante—a wide-eyed rich-kid naif whose shield of privilege in no way prepares him for the violence he has to inflict. But Wood also finds the core of wounded hurt in Norval, the lost little boy who hid himself in headphones and the shallow trappings of success decades after his father vanished from his life. McHattie brings a gruff, working class loucheness to his feral father and there are scene-stealing supporting turns from Michael Smiley (as a long-haired psycho creep bastard) and Martin Donovan (as a….well, let’s let the audience find that one out.)

Timpson directs with a sure hand. He’s composed a viciously dark work of violent comedy that really does remind one of a Coen Brothers film with an even bigger streak of misanthropic orneriness. Like fellow indie horror darling producer Travis Stevens, who turned director with the excellent haunted-house-as-toxic-masculinity metaphor GIRL ON THE THIRD FLOOR last year, Timpson has taken his years of experience bringing other people’s works to life and used to expertly pivot, making a nasty mix of horror, crime and comedy that doubles as an unexpectedly moving look at the frayed bonds between father and son. 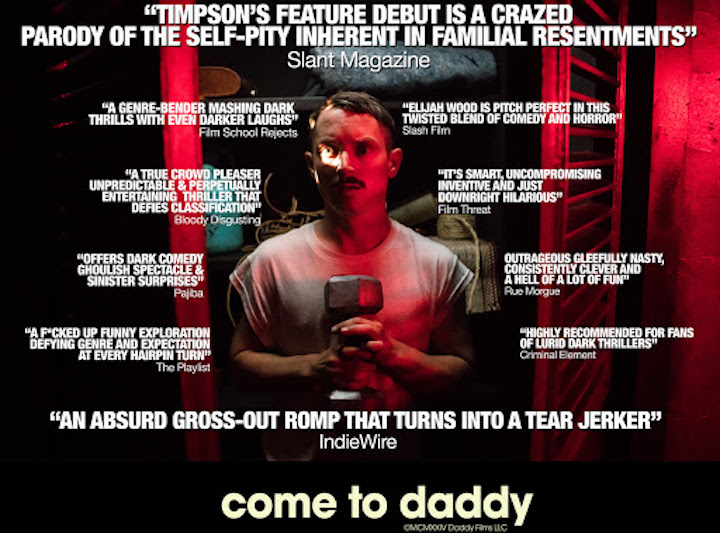