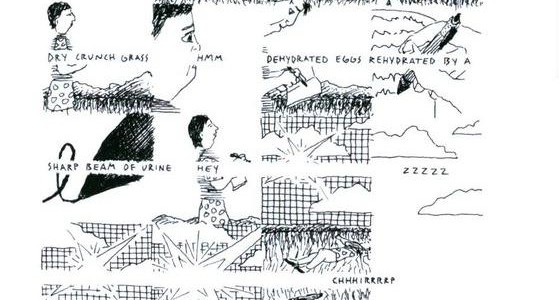 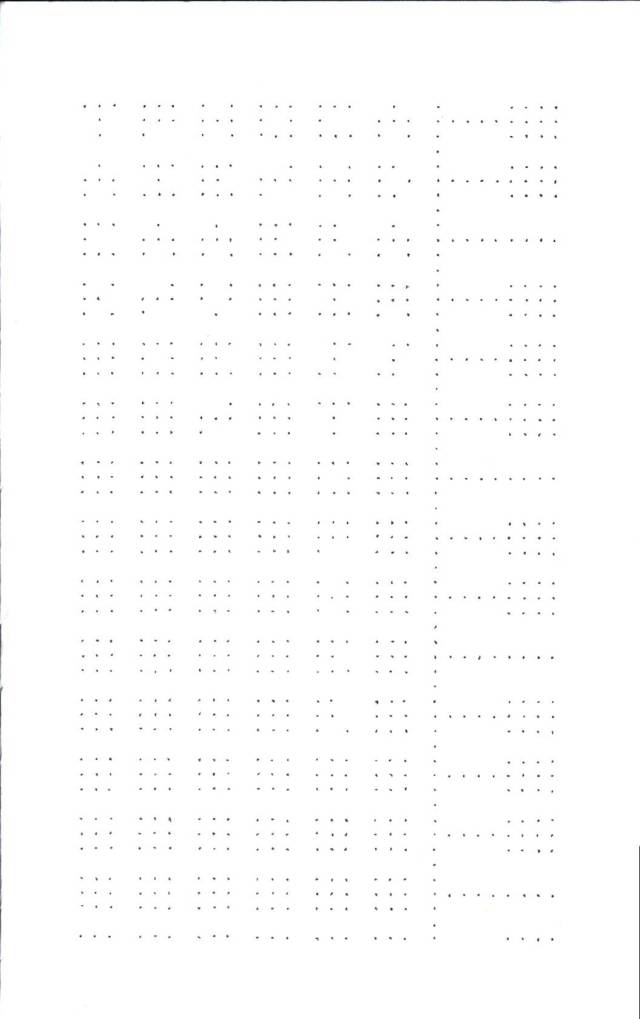 There needs to be a new word in the English language for something less than a fixed and deliberate “event” and more than a random, happenstance “occurrence.” A middle ground of some sort that defines things that are happening, but are just — I dunno, happening.

Cartoonist and musician Christopher Adams has, to date, self-published two issues of his apparently-ongoing series Tack Piano Heaven, and if somebody does come up with this new word, it would describe the succession of less-than-events-more-than-occurrences that play out in its pages perfectly, but until then — shit, I’m kind of a loss to do so. I’ll do my best, but fair warning: It may not be good enough. 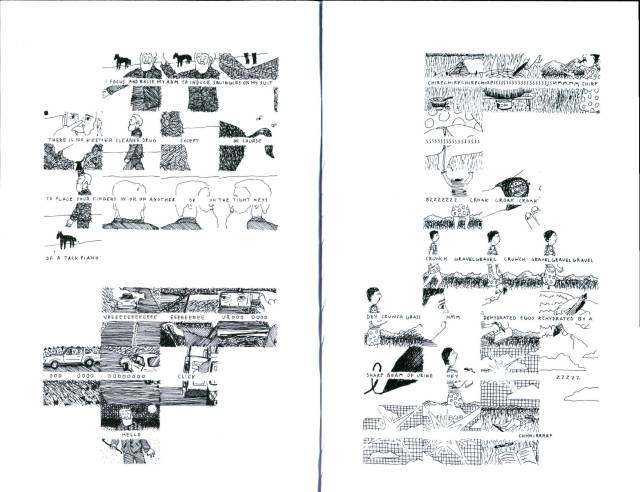 Which is, of course, what makes this comic so exciting and interesting — it’s literally impossible to pin down. Adams lays out pages in a way you’ve never seen before, intercuts his tiny and finely-detailed panels with text in a manner that’s likewise entirely fresh and new, and guides readers along through a sequence of — things — in a manner that I can only assume must be a stream-of-consciousness sort of thing. Reading these, the only thing I can think is “if David Tibet made comics, they’d probably look like this.”

Questions arise with nary an answer in sight: What cars and tea bags and buffaloes and pianos and volcanoes and drones and badminton have to do with one another I literally do not know, but there’s an inescapable, if ultimately indefinable, fluidity to all of this that compels the eye and the mind ever forward, incongruous “story” elements melding one into another not so much in succession as in a state of permanent transition, the end result being something of a circuit composed of pictures and words that neither begins not ends but simply travels a path known only to it.

Again, I said that I’d do my best here, but probably still come up short. 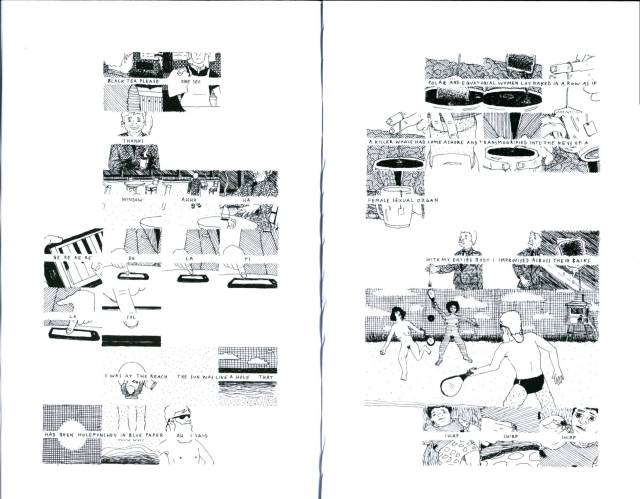 Still, I’m reminded that life is about the journey more than it is the destination, and Adams takes you on quite the journey, indeed. “From” and “to” where are almost immaterial, and that in itself may be the “point,” but with work this singular and hermetically sealed-off from comics as we know them, I hesitate to divine the intentions behind it, nor to even assume that there are any. And maybe that’s actually the point. 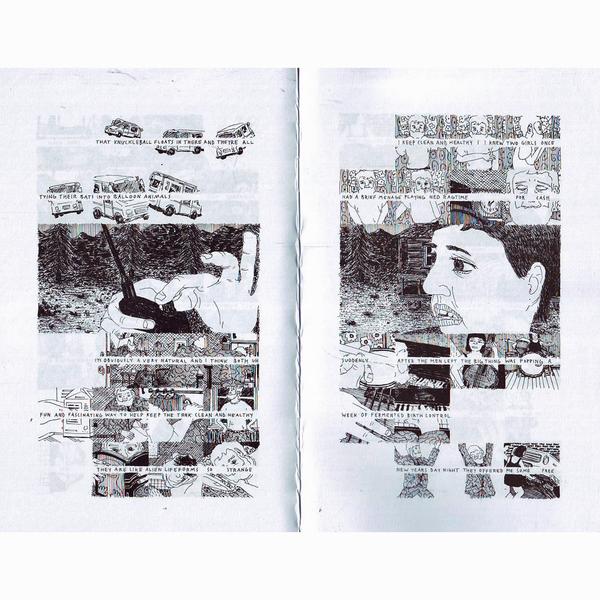 Or not. Really, your guess is as good as mine, and in a very real sense guessing is all we have. You don’t “read” Tack Piano Heaven so much as intuit your way along and through it. If you want, you can allow it to frustrate you, but for my own part I found it more confounding than confusing, more rhythmic than resistant, more intriguing than impenetrable. Like stepping through a membrane into some sort of closed chamber, the act of opening its covers (which look as though they were fired off a dot matrix printer and bear no title) immediately draws you into a space-time continuum entirely foreign yet oddly familiar, and when you step back through by closing the book, the world seems — different. Like you’ve been somewhere no one else has and emerged, somehow — changed.

Who knows in what manner, but hopefully the third issue will roll around by the time you’ve figured that out. I know it can’t come soon enough for me.

Issues one and two of Tack Piano Heaven are available for $5 each from the Domino Books online store at http://www.dominobooks.org/store.html