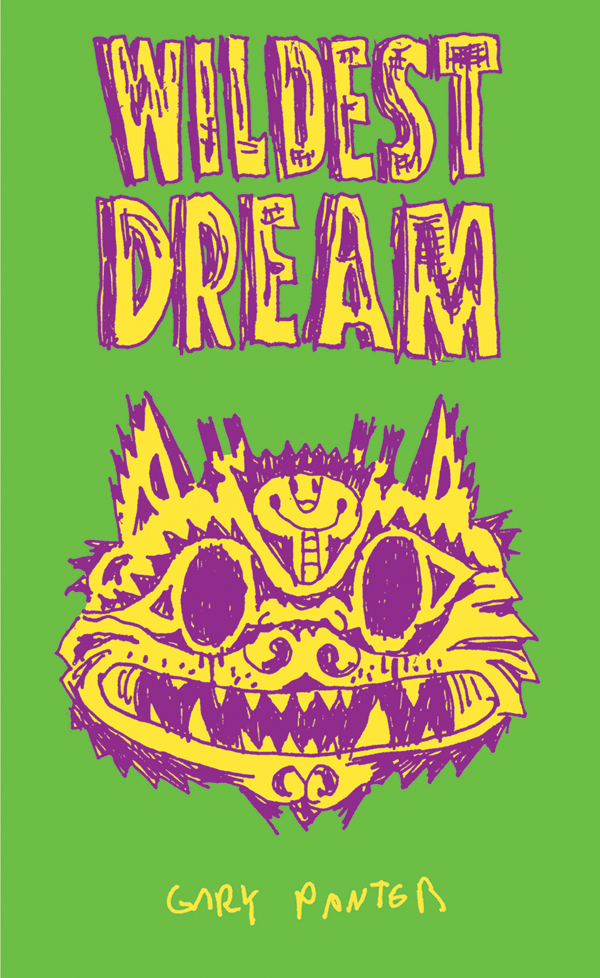 Comprehensive in scope and immersive in its presentation, Brooklyn’s finest comic shop, Desert Island, has done a bang-up job in putting together Wildest Dream, a compact little hardcover collection of Gary Panter’s sketchbook drawings from 1973 through 2018 printed (at the tail end of last year) in suitably garish neon purple on paper that either is, or may as well be, newsprint — but, as with all things Panter, it’s as much an intriguing puzzle as it is a legit piece of art history.

And now that I’ve “spoiled” this review right from the outset, let’s examine why this book will appeal to more than just the hardest of hard-core Panter fans and troglodyte “process junkies” —

By and large the “running order” here appears chronological, but so many pages are undated that it’s hard to say for sure, and Panter’s attention has always been split in so many directions simultaneously — largely a product, I would think, of the high demand for his work from all quarters, at all times — that there’s little point mentally matching up certain illustrations that clearly “tie in” with well-known projects with the years those projects saw print. A particular Jimbo drawing, in other words, could just as easily have gone from Panter’s mind, through his hand, to his pencil, onto paper in 1979 as it could have in 2012 or whatever. A dinosaur you recognize from Songy In Paradise may have been sketched in 1995 even though the book itself came out in 2017. Just go with the flow and don’t try to over-think things — which hopefully shouldn’t be a problem given that there’s nothing on offer here to appeal to the overly-pedantic in the first place. And that statement’s probably as true for my blog as it is for this book. 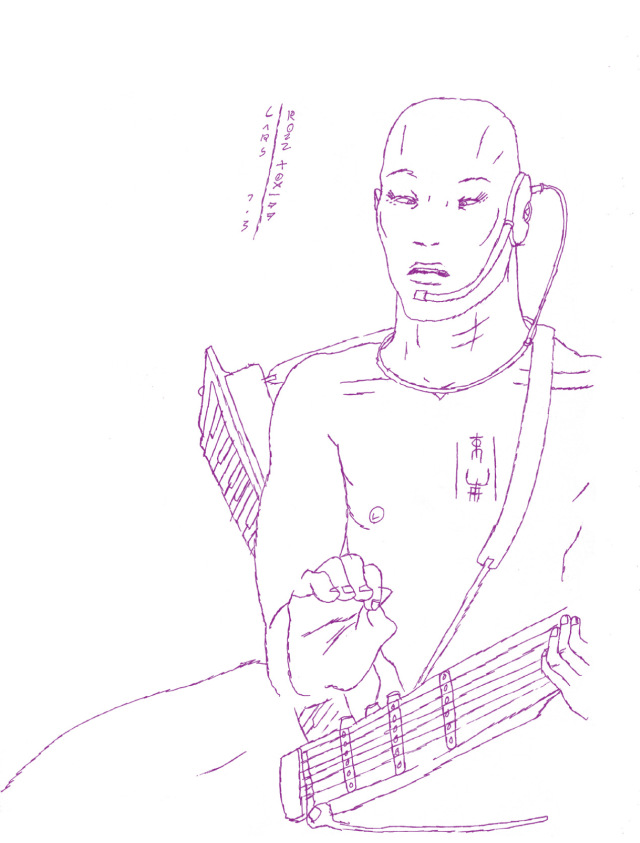 And “flow” is the crucial concept at play here, since if there’s any arrangement to this book beyond the purely intuitive, it’s one with an eye toward fluidity over and above anything else. By and large that will mean that a linear trajectory is hewed to reasonably closely, stylistic and conceptual evolution being central to fluidity on an intrinsic, conceptual level — but it also allows for pitching out the calendar when it makes “sense” to do so, even if one of the things that many people love most about Panter’s work is that the notion of “sense” is distilled and internalized to the point where it can only be applied within the admirably loose confines of that work. Which is to say, he plays by his own self-created set of rules and, as this collection more than ably demonstrates, always has.

“Always will” would, I think, go without saying at this point, as well. 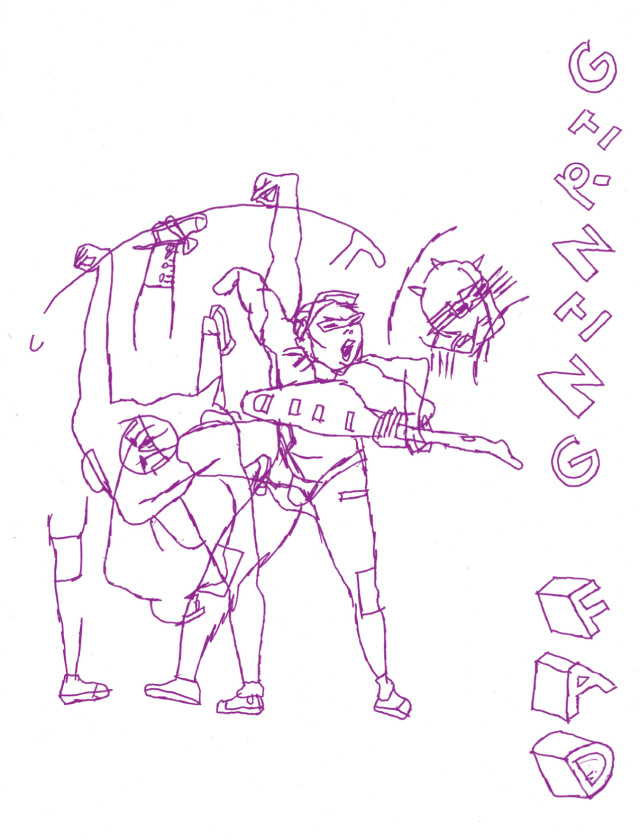 There’s a balance between the familiar and the unexpected that keeps things interesting and lively herein, too : I already mentioned Jimbo, but no one will be surprised to see the likes of Popeye and Mighty Mouse make appearances between these satin-finished covers either — but two pages of tarantula drawings or a bunch of variations on the titular creature from cheesy 1950s “B” movie Robot Monster?  If you saw those coming, then treat yourself to a cigar. Or something healthier, if you prefer — I know a lot of aging punks (not to make too many assumptions about the dominant demographic of Panter’s audience) are in recovery, after all. 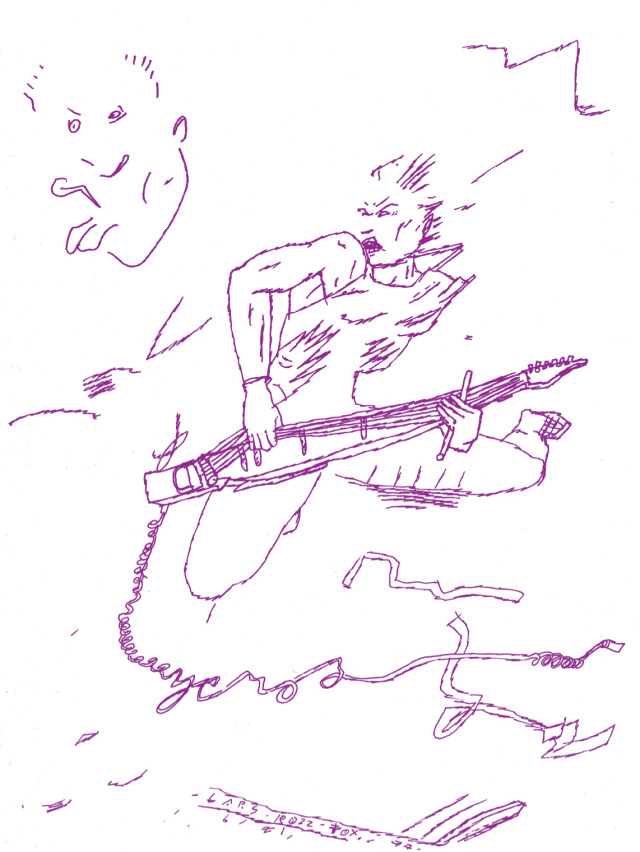 And while I have no idea what your vices of choice, if any, are, what’s crystal clear from a detailed examination of the contents of these pages (and I encourage you to take your time exploring this book, it rewards close attention) is that even though Panter’s technique and, to some degree, interests have evolved over time, the operating animus behind his art — rooted as it is in the “anything goes” spirit of DIY punk and ‘zine culture — is much more than something he’s never lost sight of; indeed, it’s something that has become well and truly ingrained in his DNA in every conceivable way. Not only has he always “done it his way” (think the Sid Vicious version rather than Frank Sinatra, of course), he consistently finds new and creative ways of expressing what “his way” is and means.

There’s a frankly reasonable argument to be made that, in most instances, sketchbook collections are of limited interest due to the fact that the material in them was originally produced for an audience of one — in this case, however, you can rest assured: That audience of one is you.

Wildest Dream is available for $20.00 from Desert Island Comics at https://www.desertislandbrooklyn.com/web-shop/wildest-dream-by-gary-panter-hardcover-preorder