Indonesian horror films are hard to come by in the Western market. That’s a massive oversight, because it means that audiences the world over are missing out on incredible masterworks like Joko Anwar’s IMPETIGORE.

Following two young women, Maya (Tara Basro) and Dini (Marissa Anita), IMPETIGORE leads them to the remote countryside of Indonesia to find the truth behind Maya’s mysterious heritage, and the reason for her attempted murder at the hands of a fanatical local three months prior. Upon their arrival, they stumble upon Maya’s family’s abandoned mansion, a culture of magic and blood curses, and a disturbing epidemic of skinless and murdered infants to which only Maya’s death seems to be the cure. But what’s true and what’s manipulation in this village legend?

Basro (KILLERS, SATAN’S SLAVES) and Anita give incredible performances; they work so naturally together as straight-woman-and-comic-relief that the unease and fear the serious and dour Maya feels on screen in Dini’s absence transfers seamlessly into the audience. In addition to effortlessly interacting like life-long friends, they do a lot of heavy lifting with extremely emotionally intense scenes that are almost THE TEXAS CHAIN SAW MASSACRE levels of raw and unhinged on both sides. One scene in particular, being a direct and excellent homage to TEXAS CHAIN SAW proper.

On the antagonist end, there is a terrifying and bone-chilling performance from Indonesian acting legend Christine Hakim as shaman Nyi Misni. Hakim is all but physically unrecognizable in her role, and the taut physicality of her character is at once imposing, matronly, and sociopathic in nature, leading to several incredible scenes – many of which elicited audible gasps from the audience. From a stiff limp to a twisted stare to a neck twitch akin to Kayako in the JU-ON series, her presence on screen never goes unfelt by viewers and characters alike.

All of this is made possible through the brilliant writing and directing of director Joko Anwar. In IMPETIGORE he blends folklore and skepticism, forbidden desires and blood curses with oaths of friendship and womanly support and protection, and the omnipresent corruption of new life with suffering and bloody flesh where joy and motherly love should be. The latter corruption of motherhood is as omnipresent as the spirits of the dead. Through Nyi’s obsession with her son, the village women’s obsession with curing their children even at the cost of slaughter, and the horrible revelation of Maya’s mother and her twisted birth.

One could honestly go on, and suffice it to say this was my most anticipated film at Sundance 2020 and it did not disappoint. I deeply hope that this master work of Indonesian horror makes it onto a streaming service and gets the recognition it deserves. 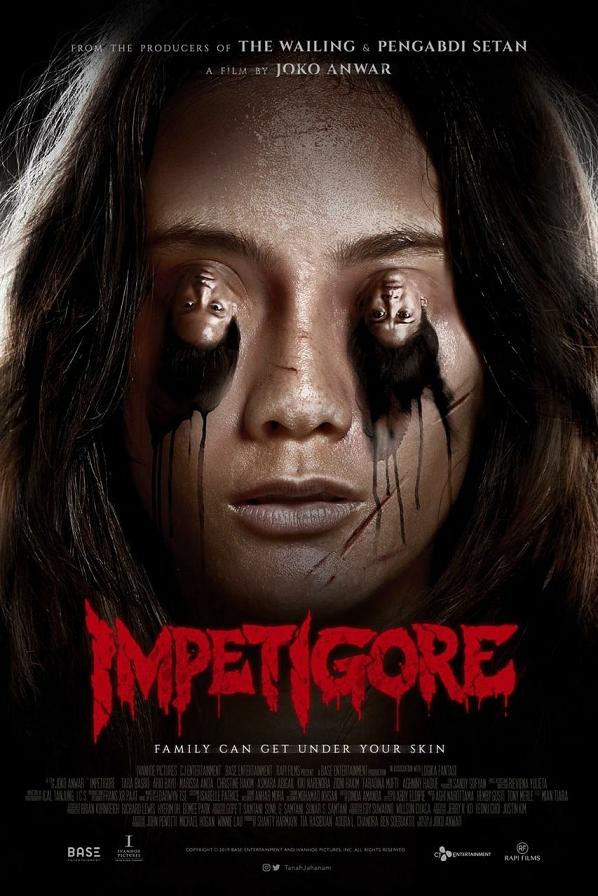 IMPETIGORE has several post-premiere showings at the 2020 Sundance Film Festival.