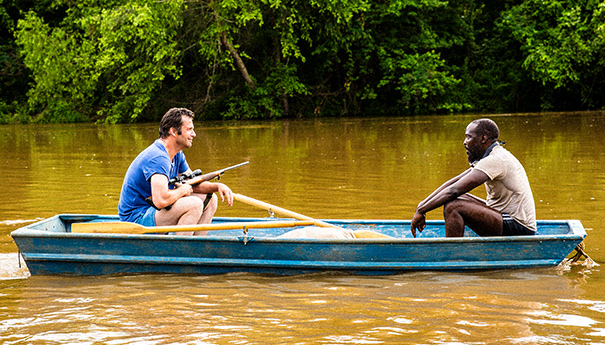 “You want that hand, I suggest you keep it on a leash.” – Leonard Pine

After last week’s premiere episode followed the novel of Savage Season so closely, it was nice to see Hap and Leonard branch off from the source material in ways necessary to establish itself as an ongoing series and not just a straight dramatization of what was on the printed page. As much as I love Lansdale’s novels, Mickle and Damici understand what several filmmakers/show runners fail to get: the difference in mediums requires alterations. Where the novels are told from Hap’s perspective, the series cannot constantly have things about Leonard explained by Hap. Both names are in the title, so it is expected that the series should focus on both men equally. The Bottoms (not to be confused with the Lansdale novel of the same name that is not a Hap and Leonard story), takes the first steps into exploring Leonard’s life away from Hap’s view, leading to some strong character building for both men. But those positives come at the expense of losing Purefoy and Williams’ strong chemistry together.

A nice pre-credits sequence follows two young boys as they explore the woods, one telling the other a ghost story that is based in some seriously ugly racial violence (these first two episodes have not shied away from presenting the casual racism still so systemic in parts of America). After giving themselves a fright with the story, the boys stumble on the body of the policeman killed by Soldier and Angel (according to IMDB and the novel, these are the names of the characters, so I might as well name them even though Mickle and Damici have yet to do so) at the end of last week’s episode.

Judging by the way that last week’s episode ended with Soldier questioning the dying policeman about the whereabouts of Paco and the discovery of that officer’s body to start this episode, it would seem that the plot was about to be cranked up to breakneck speed. But after a brief expedition searching for the bridge that serves mostly to fill in a little of Paco’s sketchy past as a far left wing terrorist, much of the episode is devoted to deepening the bond between Hap and Trudy and giving Leonard a life outside of Hap and Uncle Chester by introducing his ex-boyfriend, Raoul (Enrique Murciano).

As much as I admire the amount of ambition that Mickle and Damici are showing by keeping Lansdale’s mixture of raucous comedy, Hap’s painful regrets about his life, and pulpy crime plotting, some of it does not fully translate to the screen. A big problem is having Chub around to mostly act as comic relief. While there is nothing wrong with Jeff Pope’s performance—he has good comic timing—using him as the butt of “fatty-fall-down-go-boom” gags seems like a waste. Not to mention, it is not as though the show lacks for comedy through several of Hap and Leonard’s smartass exchanges and Howard’s condescending, stream of consciousness bullshit (Bill Sage is doing some great work here). 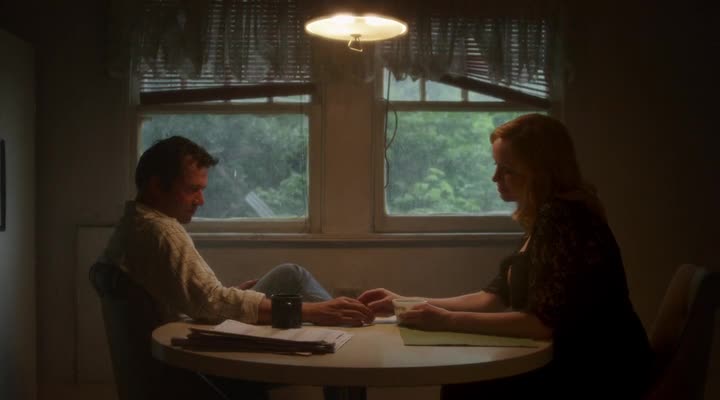 Much better this week are the scenes between Hap and Trudy. While she may have approached Hap about the scheme simply because he was the best man to find the car, his presence brings to the surface her own regrets about casting him aside when she was younger and naïve. Their scenes are almost painful as they hesitantly try to rekindle their relationship while both understand their time has passed. It also helps that the chemistry between Purefoy and Hendricks crackles after only two episodes.

Leonard’s scenes with Raoul serve as a more hopeful mirror to the Hap and Trudy storyline. There is definite regret between both men that they are no longer together, but Leonard’s re-connection to Raoul is more organic in the way that two people who live in the same small town are bound to run into each other again. That their re-connection happens at a point when Leonard is vulnerable and does not even have Hap to turn to for support makes their eventual romp between the sheets inevitable and tinged equally with sadness and hope for a better outcome for these two on their second go-round.

Even as I appreciate all the character building going on, I cannot help but feel a little frustrated by the lack of Soldier and Angel in the episode. Given the outrageous nature of their behavior and appearance, a little of the duo goes a long way, but one scene in each episode feels a little paltry. Despite the near-constant presence of guns in everyone’s possession, Soldier and Angel are so far the only element of physical danger (there seems to be plenty of psychological damage being done to Hap every time he looks at Trudy) that has been presented. Not to mention, in two short scenes, Jimmi Simpson is quickly becoming an MVP of the show with his simultaneously mischievous and cold-blooded take on Soldier.

But all complaints aside, The Bottoms was still an entertaining episode with some crisp dialogue and fun little character touches (I love how Uncle Chester’s obsession with mysteries has been established). Now that the setup feels complete, it is time to start paying off the character and world building of the first two episodes. 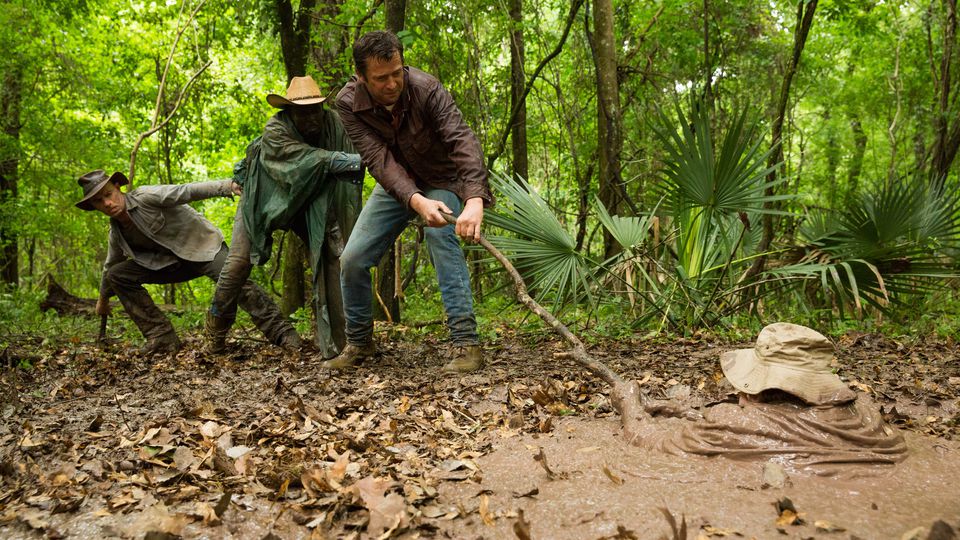 Hap and Leonard (Season one, episode two: The Bottoms)