Music is a key component of Tarantino’s films but once the credits role his soundtracks have a pulse all their own. QT has always been involved in getting the tracks together but he had a larger role with the music in DJANGO UNCHAINED and now, thanks to SiriusXM, you can hear his track by track commentary free of charge. Dig. This. Good. Shit!

BEVERLY HILLS, CA – NOVEMBER 28, 2012 – The Weinstein Company, Quentin Tarantino and Loma Vista Recordings today announced the release of QUENTIN TARANTINO’S DJANGO UNCHAINED ORIGINAL MOTION PICTURE SOUNDTRACK. DJANGO UNCHAINED marks the first time that Academy Award®-winning and Grammy® Award nominated director Quentin Tarantino has collaborated with artists to create original music for use in the film and original motion picture soundtrack. The soundtrack will be in stores and at all digital retailers on Tuesday, December 18th. The film release of DJANGO UNCHAINED will be on December 25, 2012 by The Weinstein Company in the U.S. and by Sony Pictures internationally.

“I want to thank all the artists who contributed original songs (a first for me) to the picture. Most of these contributions came out of the artists’ own inspiration and their illustration of the film’s soul is invaluable,” said Quentin Tarantino. “In addition to the new original songs I am also using a lot of older recordings on the soundtrack – many of which came from my personal vinyl collection. Instead of having the record companies give me new digitally cleaned up versions of these recordings from the 60’s and 70’s, I wanted to use the vinyl I’ve been listening to for years – complete with all the pops and cracks. I even kept the sound of the needle being put down on the record. Basically because I wanted people’s experience to be the same as mine when they hear this soundtrack for the first time.”

“We’re thrilled to be working with Quentin on this release,” said Loma Vista Recording Company’s founder Tom Whalley. “His films have always reaffirmed the important relationship between cinema and music and it’s exciting to work together on a soundtrack featuring completely original material written specifically for the film.”

The official trailer for DJANGO UNCHAINED, featuring music from Rick Ross, will premiere on the homepage of Yahoo! today. 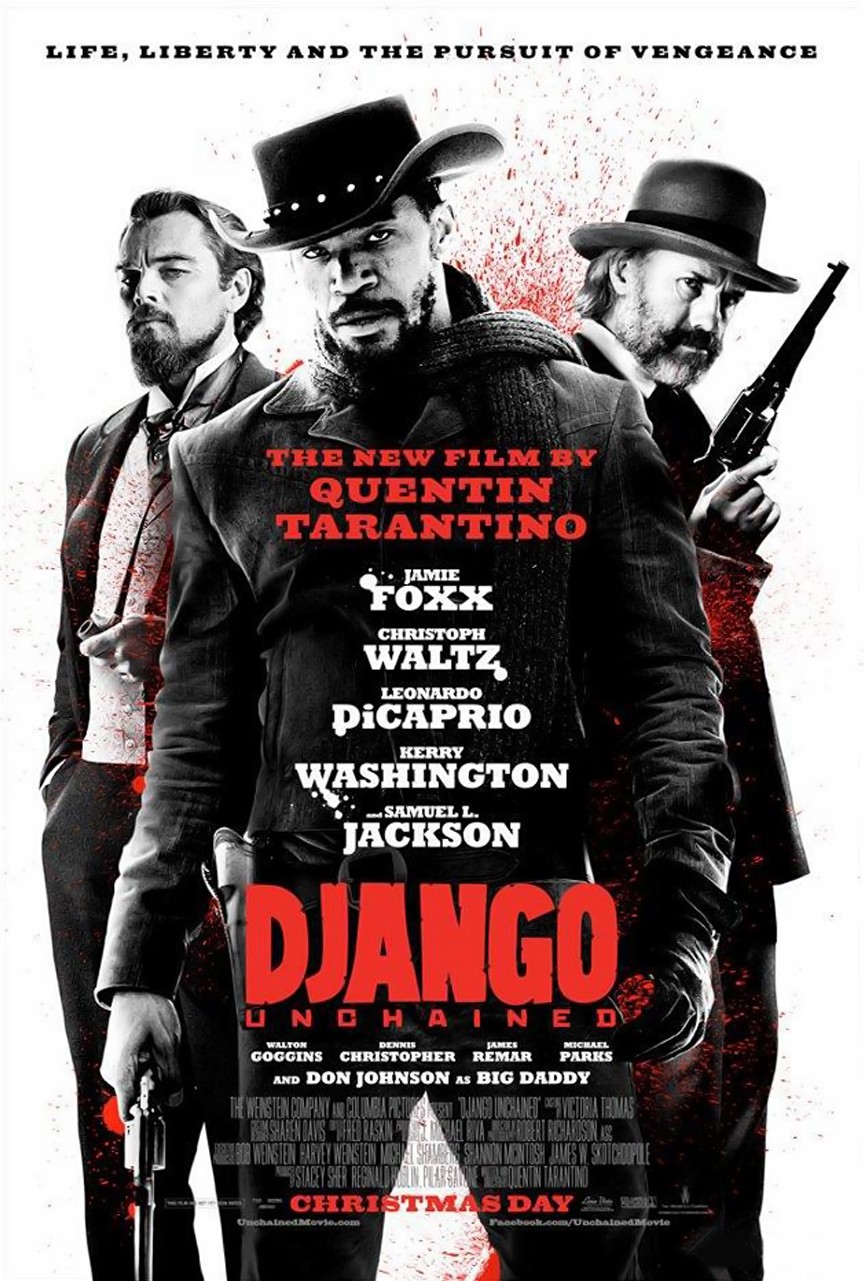