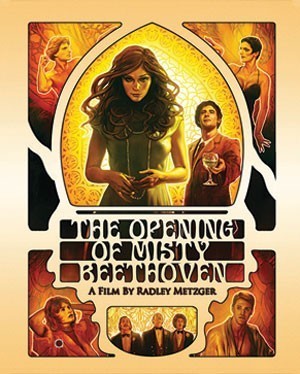 The road to release for the new Blu-ray and DVD edition of Radley Meztger’s THE OPENING OF MISTY BEETHOVEN has been one of amazing effort and fan support. While Distribpix had previously released other fine editions of Metzger films, (including MARISCINO CHERRY, THE PRIVATE AFTERNOONS OF PAMELA MANN and NAKED CAME THE STRANGER), the restoration of MISTY BEETHOVEN required much more care, and the company wanted to restore the film and supply extras in a fashion normally reserved for the likes of a Criterion release. Through a fundraising effort that went from Kickstarter to being done independently (you can read about the whole history via their updates here.), and the painstaking efforts of Distribpix and Process Blue, the 2-disc DVD and Blu-ray editions were released last month, and good lord, were they worth the wait.

A sexualized version of “Pygmalion,” Constance Money stars as Misty Beethoven, a low-level prostitute whose enthusiasm-free sexual escapades get the attention of famed sex writer Dr. Seymour Love (Jamie Gillis) who bets his friend Geraldine (Jacqueline Belidant) that he can transform this common street whore into the next “Goldenrod Girl,” a distinction awarded by a high society magazine mogul and his wife. On the road to the top, Dr. Love trains Misty in the art of sex, sending her on a variety of jobs in between talking her through personal lessons with himself, his friends and his staff. 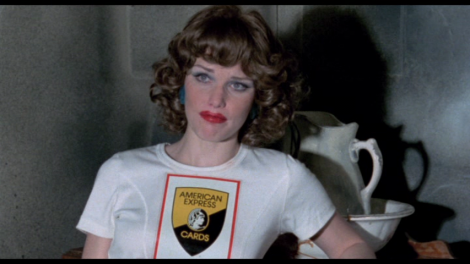 The potential for a darker edge that could have easily come across in the story of, ostensibly, a power relationship regarding sex, thankfully does not emerge – though Metzger had explored such a dynamic more explicitly in the excellent THE IMAGE – resulting in an entertainingly light affair, more along the lines of SCORE in that any chance or dire serious thoughts are waylaid by a quick witticism. And the banter comes as fast and furious as a burlesque variant of a Neil Simon play, with such retorts as “What’s the difference between New York and Rome?” “There aren’t as many Italians in Rome.” All of this is delivered perfectly by the cast, with both Gillis and Money excelling as comedic actors. The fact that Gillis can stay in character so well while keeping up both the banter and an erection should really set the standard for adult film acting. 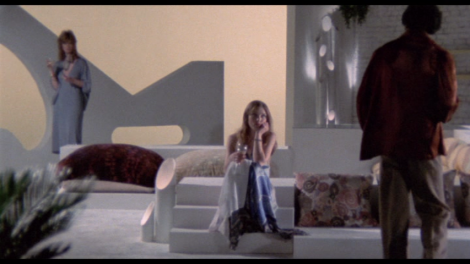 Best of all, the film looks amazing, a serious improvement over the VCX release a few years back that, while it did include the “pegging” sequence missing in most VHS releases due to fear that straight guys might be horrified at the idea of having their prostate pleasured, was a cropped release made from a sub-par print. Distribpix’s 2K HD transfer brings out the gorgeous cinematography and truly shows off the efforts of Metzger and Glickman in choosing locations in Paris (and briefly, Italy) that would look amazing on film. Each frame is given the utmost care, a perfectionism carried through by Distribpix with their cover art by Anthony Palumbo, a beautiful new piece of work that should eliminate any skepticism with regards to not using the original iconic poster art.

If the feature was the only thing on the disc, THE OPENING OF MISTY BEETHOVEN would still be worth getting, but Distribpix has packed their edition so full of extras that it jumps into being one of the must-have releases of the year. While the VCX commentary track with Jamie Gillis and supporting actress Gloria Leonard isn’t transferred over, we do get a track with Leonard on the cool version, who talks about the film and her experiences in pornography with a welcome nonchalance. The hot version, however, features an excellent commentary track with Metzger and moderator Benson Hurst, who delve deep into the filmmaking process and the reaction to the film. 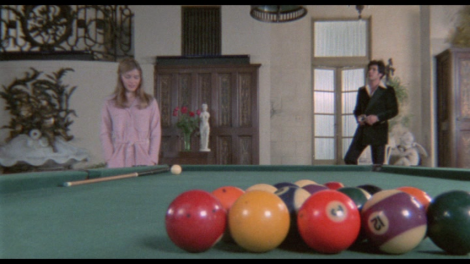 The largest bonus on the disc, however, is the 45-minutes BEHIND THE SCENES OF MISTY, a fascinating documentary on the making of the film and everyone involved. Metzger, Leonard, Glickman, music supervisor George Craig and a pair of sex experts (mostly regarding the historical importance of the pegging scene) are interviewed, and there’s not a dull story in the bunch, as we learn how the fine score was created from using library music, and how Jamie Gillis was the only cast member to shoot footage in Italy! We also get a good look at the minor actors who became larger names in the industry, and you get a genuine idea that everyone involved feels that MISTY is something special.

Also included are a brief interview with the late Gillis and a tribute to him by Hurst. While he interview is unfortunately brief, between the two, we do get a good feeling for who Gillis was as a person, and he emerges as a genuinely underappreciated actor who should have been much more well-known. A short in the attempt to find and contact Constance Money is included as well, and while it’s unfortunate that Money doesn’t agree to an interview, it’s an interesting addition that adds another layer to the world of cult actor fandom. Similarly, a documentary on the film’s restoration takes a good look at exactly what had to have been done in order to get the film looking as good as it does. 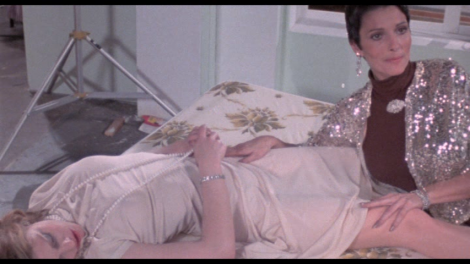 Rounding out the extras are trailers for Metzger’s other hardcore films, and a number of outtakes and deleted scenes from Meztger’s vault, which, while presented without sound, are a fascinating addition even if you’re unlikely to watch them more than once. A subtitle track of trivia, radio spots, a slideshow of ephemera and a brief look at the current state of the studio where the climactic party sequence was filmed are also included.

Radley Metzger’s THE OPENING OF MISTY BEETHOVEN has often been regarded as the greatest “adult” film of all-time, and its’ inclusion on any list chronicling the best in hardcore films is standard to the point where neglecting to list it would be tantamount to a trolling omission of CITIZEN KANE from a “Greatest Films” list. Distribpix’s restoration and subsequent Blu-ray release, however, marks it as the first time since its’ original release that allows it to be seen well beyond being a great “hardcore” film and into being a genuinely beautifully-made, classic sex farce for which the “hardcore” elements, while never shied away from, are only a piece of the overall allure.