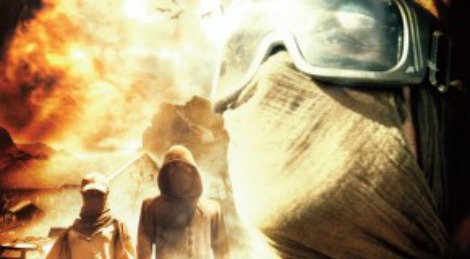 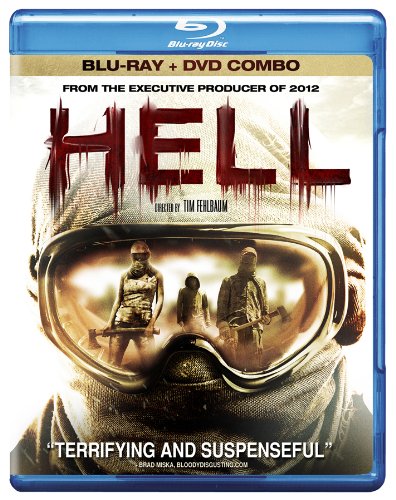 CLICK THE COVER ART TO BUY THIS FROM AMAZON.COM!

Good shines through. Even in the darkest places of the human soul, good always triumphs. It’s a positive message for a horror film, which this certainly is. But what HELL gets so right is that moments of kindness, moments of caring, moments of characters doing all they can to fight for each other, make the dark moments that much more horrific. To be honest, I was expecting another round of dull torture porn that was mean and gritty, another example of why that genre doesn’t and has never worked. Instead, I saw proof of what a horror film can be when it is executed so well. 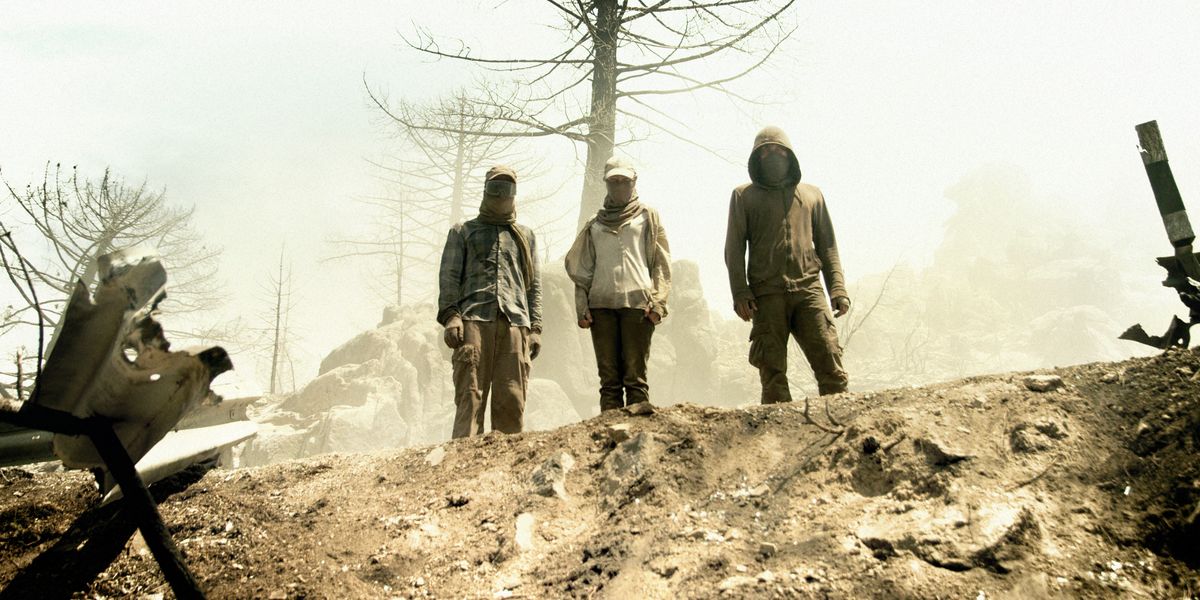 So here’s the deal. The year is 2016 and increased solar activity has caused the temperature of the earth to rise to the extent that it is becoming a barren wasteland. Those that have made it this far spend their days hiding from the heat and doing what they need to do to survive. Two sisters, Marie (Hannah Herzsprung) and Leonie (Lisa Vicari) are driving to the mountains with the well-meaning though useless Phillip (Lars Eidinger) where they hope to find desperately needed water. But this is a post-apocalyptic horror story; you and I both know our characters aren’t going to find anything good in the mountains. What they do find is an ambush which splits the group up and sets the stage for a terrifying stroll through hixploitation from hell with a cast of baddies that have a taste for human flesh and a need to procreate.

The first act of HELL walks a familiar path. It is not entirely unlike every other yarn about the waning days of humanity trying their best to live through a catastrophe. It is only when the characters reach the mountain that Fehlbaum’s film becomes a unique experience wrapped in suspense and uncertainty, part of which is due to cinematographer Markus Förderer who brings incredible dynamics to the story through his photography. The key to the film’s effectiveness however is ultimately due to the relationship of Marie and Leonie and the powerful performance of Herzsprung. There are moments of desperation but also a focused drive to do what she can to protect her younger sister. Marie is the good in a sea of darkness, the light pushing the story forward. One of the reasons her character works so well is that we actually have empathy for her and when you surround her with evil it punctuates the horrific events that occur. It is never empty like so much torture porn. It has a believability, which creates an almost natural creepiness. Just as Fehlbaum became a director I am excited to see more from in the future, Herzsprung is a tremendous actress who is bound to do some incredible work in the future. 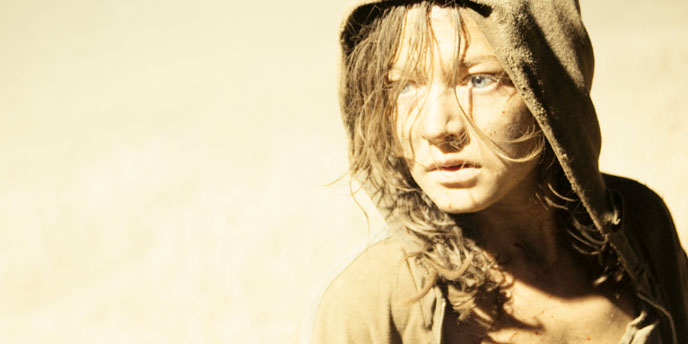 Despite a familiar first act, HELL is an impressive film. It’s a solid trip on the terror that is being directed by a demented but confident and competent conductor. This is an example of what can be done on a small budget. You don’t need hundreds of millions of dollars and A-list talent (as HELL producer Roland Emmerich is accustomed to). You just need a good idea, a camera, and a competent crew. Fehlbaum had all three and used them well. I am tempted to write something about the road to HELL and what it may be paved with but I’ll just leave it at that.

The daylight scenes are incredibly bright and have a bleached out look but they look pretty incredible. I am not sure how hot it actually was when they were shooting this but I started to sweat just watching it. Once we get into darkness the film has a gritty look, people are dirty and there is little access to water, and this is where some errors are detected with the blacks maybe not being deep enough but this isn’t a major issue.

The sound is available in a German track which is a DTS-HD Master Audio 5.1 and an English dubbed Dolby Digital 5.1 mix. I listened briefly to the English version but the German track obviously sounds a bit more rich.

The theatrical trailer is included and that’s it. This really could have benefited from a commentary track, low budget filmmakers are always eager to hear new tricks and tips.

THE VERDICT: BUY THIS GOOD SHIT!