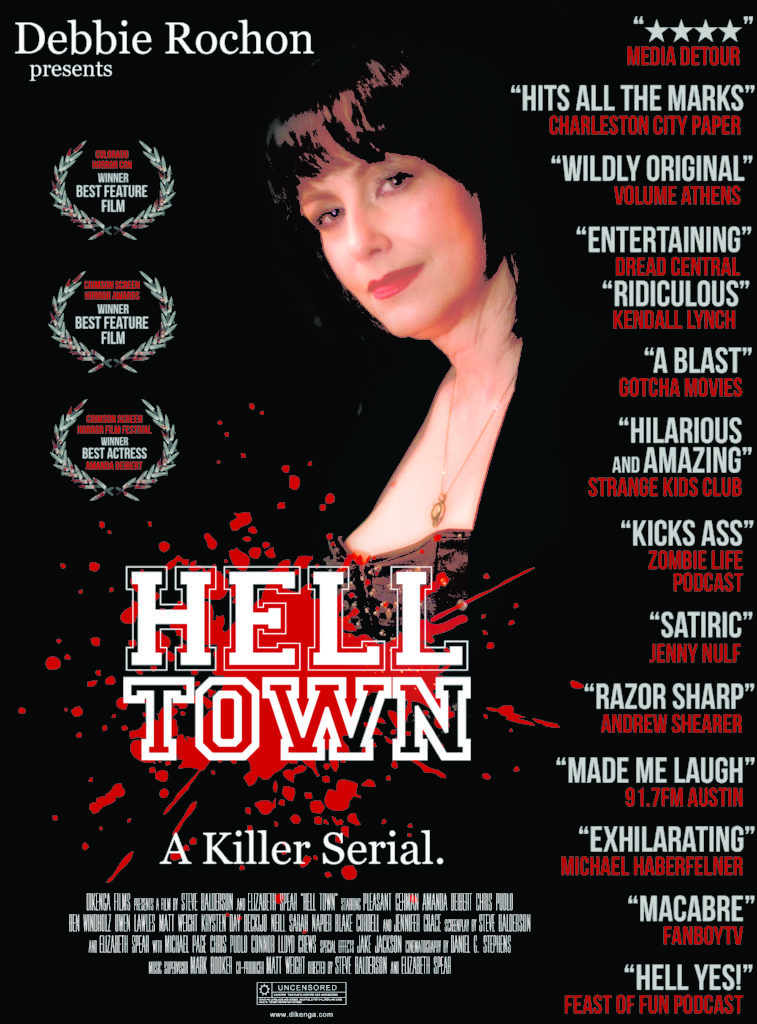 A clever premise or witty script can help a low-budget indie comedy over any number of rough spots. HELL TOWN has a fun idea at its core and occasionally inspired gags that buy it a lot of good will. It is too bad that the premise eventually is overwhelmed by a scattershot approach to comedy that leaves the whole enterprise feeling overstuffed when a laser-focused skewering of soap operas might have been funnier and less exhausting to watch. 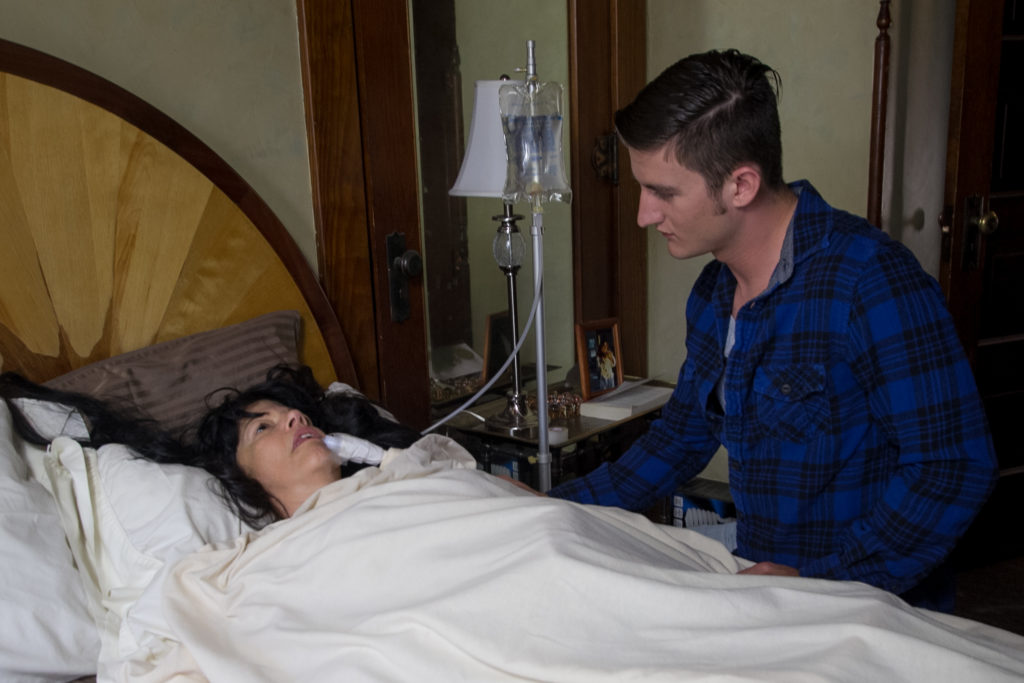 Presented as three episodes in the middle of the second season of a soap opera (the only episodes that survived some sort of accident), co-writers/directors Steve Balderson and Elizabeth Spear initially get a lot of mileage out of spoofing the conventions of that genre. There is a ridiculous opening credits sequence that introduces the characters in bits of absurd posturing and overacting, “previously on” segments, a character in a coma, doppelgangers, long lost twins, actors clearly in their 20’s playing teenagers, hunky guys who are perpetually shirtless, “catfights” between female characters, long monologues of characters expressing their motivations to the comatose character, and a serial killer plot that keeps twists coming at a breakneck pace.

That serial killer plot is where the film starts to fall apart. Trying to spoof soap operas, the time-honored ratings grab of a serial killer story to see which main characters get bumped off, teen sex comedies, and slasher movies is too much for the film to take on. Balderson and Spear never find the proper ratio between soap opera theatrics and generous bloodletting. Oddly enough, some of the slasher sequences are staged too well, with actual suspense undercutting what is supposed to be a comedic scene. If nothing else, HELL TOWN could serve as an effective demo reel for the directors in trying to get a straight horror film made. They show the chops for it.

Even more troublesome is the way the film is presented as three special episodes of a fictional anthology series hosted by genre veteran Debbie Rochon (playing a very heightened, vampy version of herself). It is in Rochon’s introductions that the explanation about the missing episodes and possible nefarious circumstances surrounding their disappearance is presented. Other than giving the film a known name over the title, there is no excuse for this convoluted approach. Not to mention, even though I usually enjoy Rochon’s presence in these types of indie genre flicks, her sequences are not even amusing.

But even with its unfocused approach, HELL TOWN does supply several entertaining moments. The character names are often inspired (I never got tired of hearing the names of the sibling trio of Blaze, Chanel, and Butch Manly, although it seems a shame not to name a character “Frog,” given the title of the film.), the soap opera specific gags are usually very sharp, and several members of the cast supply some nice comic timing even as they commit to the over-the-top style of performing (Amanda Deibert, Jennifer Grace, and Matt Weight deserve special kudos). Even better are some of the more random bits of weirdness involving Trish (Krysten Day), the popular girl who is the object of nearly every man’s desire. Out of the blue running gags about her varying levels of virginity and massive capacity for idiocy got some of the film’s biggest laughs out of me. 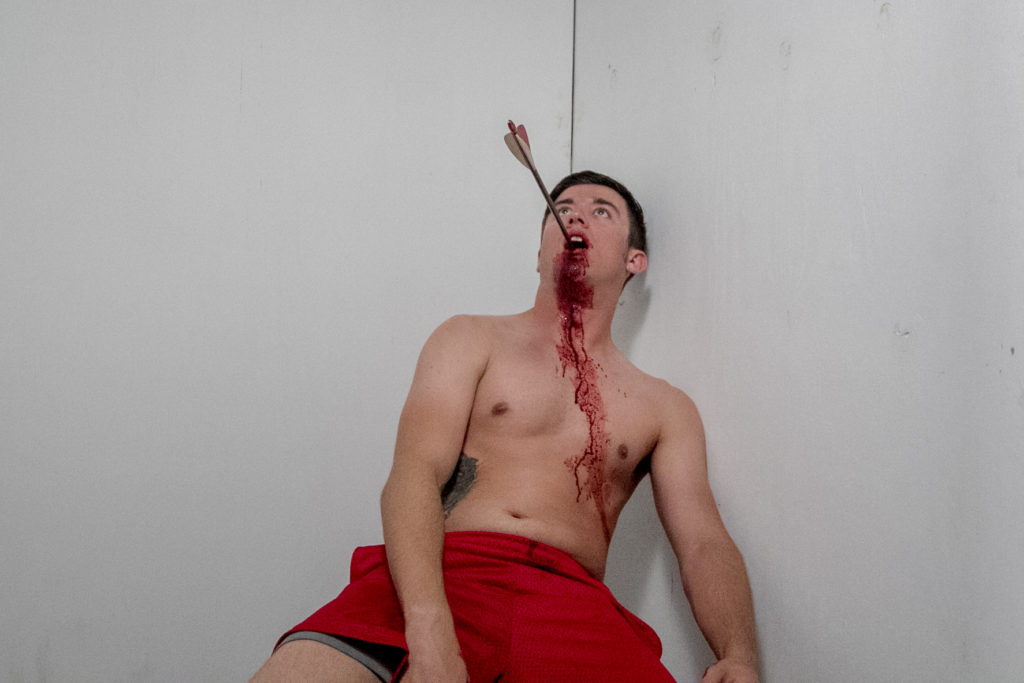 There is just enough fun to be had with HELL TOWN for me to give it a shaky recommendation. What Balderson and Spear have put together is funny and promising enough that I wish it had been more carefully constructed. I can forgive some shaky performances and dodgy sound issues at this budget point. What I have trouble turning a blind eye to are script problems. HELL TOWN is amusing and sometimes clever, but it had the potential to be more than the modestly entertaining diversion for which it has settled. 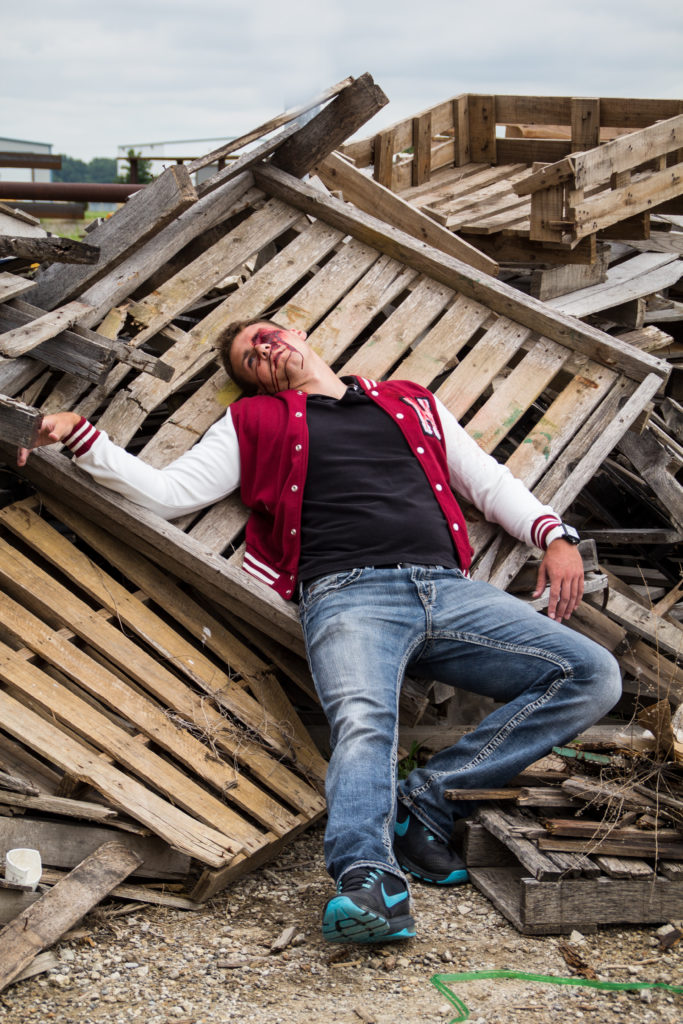