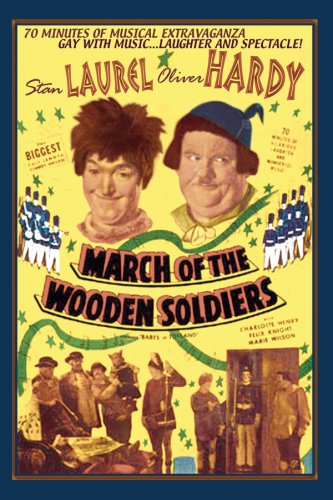 There are many questions about MARCH OF THE WOODEN SOLDIERS, the Laurel & Hardy movie also known as BABES IN TOYLAND. It’s a film containing many mysteries, and depending on the beholder those can vary. For example, the dart-slapping scene is magic to a youngster born to the tri-state area, but I didn’t know until today that other creative people fixated on it the way I fixated on my own mysterious element of the film.

As much as I enjoyed the slapstick antics of Laurel & Hardy (in the roles of “Stannie Dum” and “Ollie Dee”) and their trip through a phantasmagorical storybookland, as much as I rooted against mean old Silas Barnaby (played by Henry Brandon, of THE SEARCHERS and ASSAULT ON PRECINCT 13), those emotions were absolutely dwarfed in scale — no pun intended — by my absolute confusion over some of the storybook characters in the film.

You had the Three Little Pigs, who were either little people or children wearing costumes. 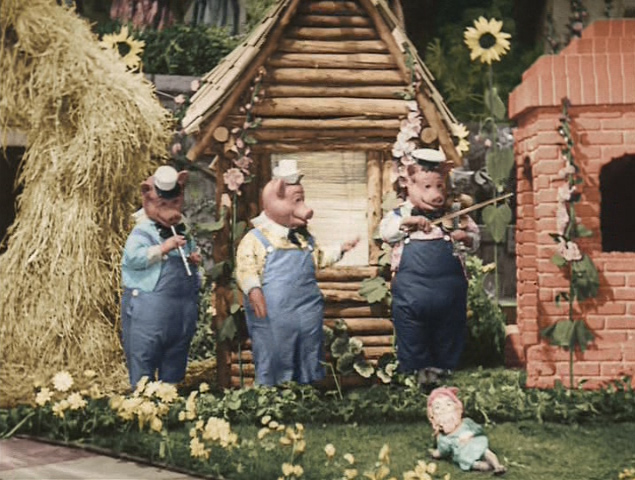 Then you had the Cat with his Fiddle, which would appear to be a short-ish man in a costume. 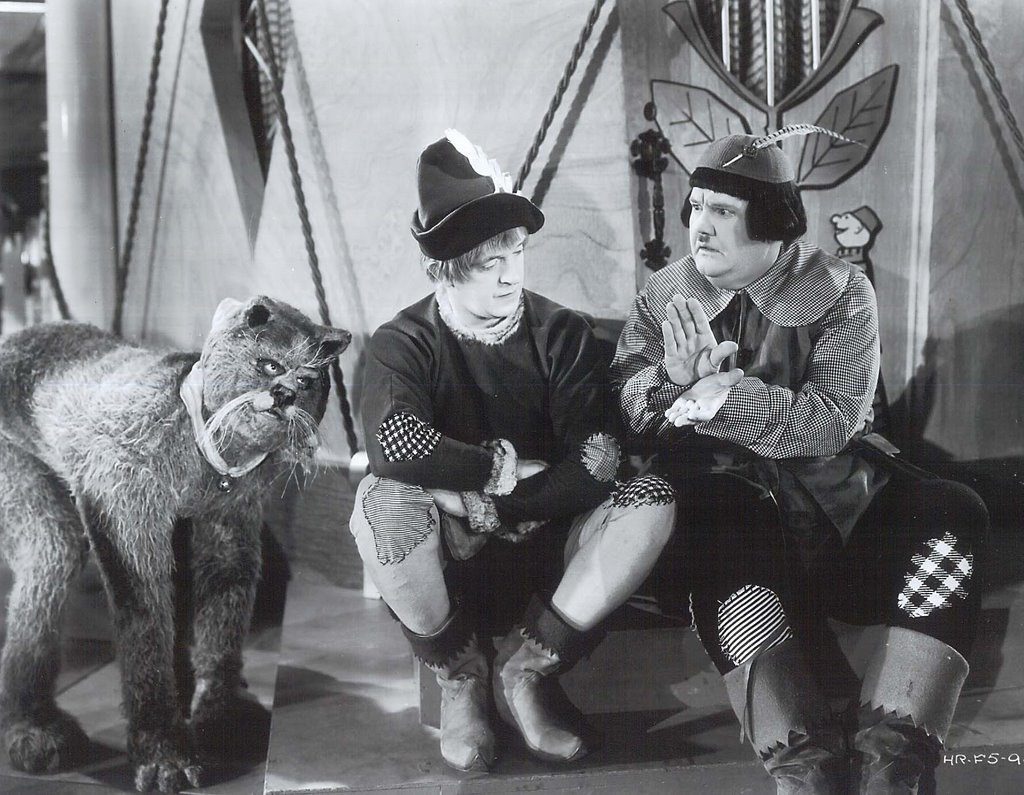 But that Cat gets up to a lot of horseplay with a Mouse, which looks like a dead-eyed, just-barely-off-brand Mickey Mouse. 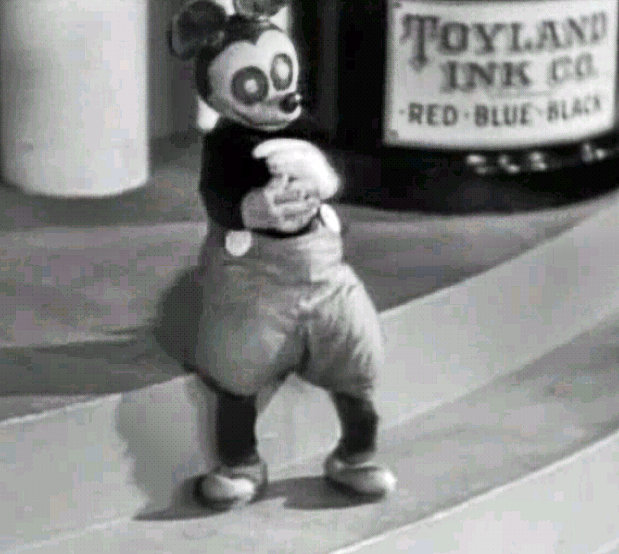 Now, let’s see all of the above in motion…

The Mouse in BABES IN TOYLAND rides in various tiny vehicles and clearly has usable limbs. It’s shown next to the Three Little Pigs and the Cat more than once, so it’s clear whatever’s inside that costume is smaller than even the smallest person.

It’s not a short guy. It’s not a little kid. It’s not a midget. It doesn’t move like any of those things. But it’s definitely alive. It isn’t a robot. It’s got to be some variety of person, right?

Was it a 1930-something equivalent to Nelson De La Rosa, the actor and dancer and one-time world’s smallest man, friend to Marlon Brando and Pedro Martinez? (You know him from THE ISLAND OF DOCTOR MOREAU.) 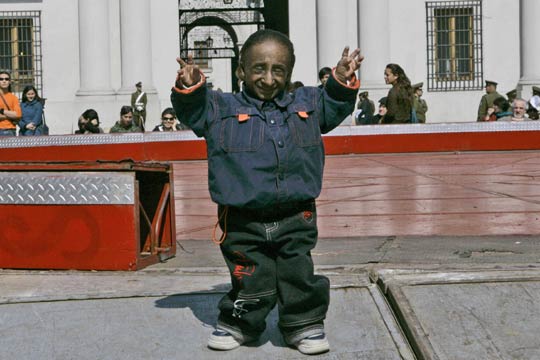 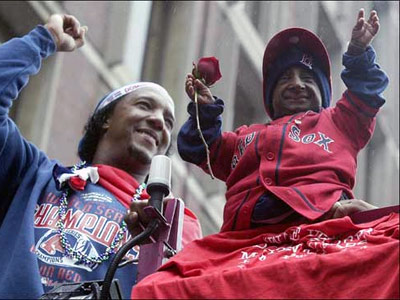 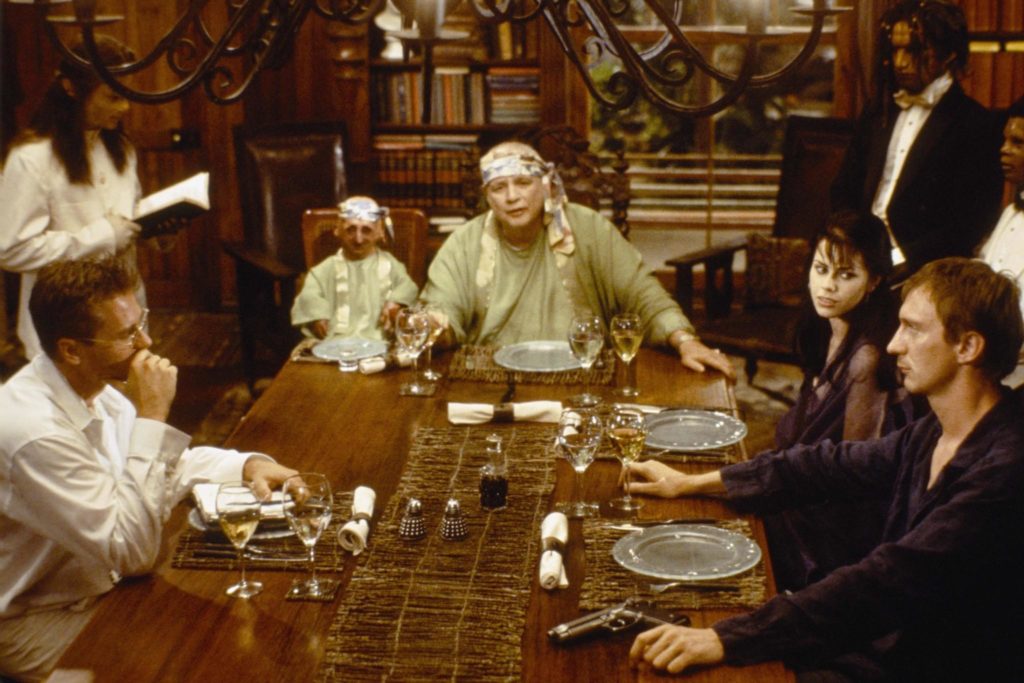 Or was it something not human at all?

This question haunted me for years. I asked almost all the film experts and luminaries I’ve ever met about it, when I should have been posing far more intellectual questions. Please keep in mind I’m old enough to remember a time before YouTube clips and smartphones. The answer wasn’t an arm’s length away. In fact, I had to wait a whole year in between screenings to get another look at that mouse. I had to get up early Christmas morning and wait through the entire movie just to see the parts with the mouse in them, and I couldn’t rewind. But time reveals all things.

Today, the internet seems to have come to a sort-of consensus on it. 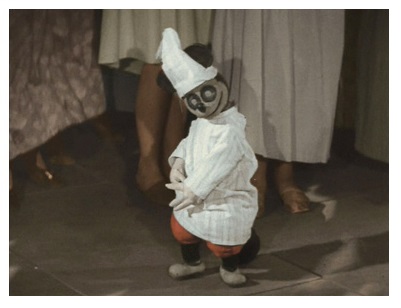 Allegedly, the Mouse is played by a Capuchin monkey, the kind who played a villain in MONKEY SHINES and a hero in the NIGHT AT THE MUSEUM movies.  I’m willing to buy that. If you look at the still frame up above, that kinda sorta looks like a hairy tail. It would explain the Mouse’s jerky movements and unpredictable behavior. I choose to accept this explanation because I’ve exhausted every other natural explanation on this Earth, and I’d rather not consider the alternative. 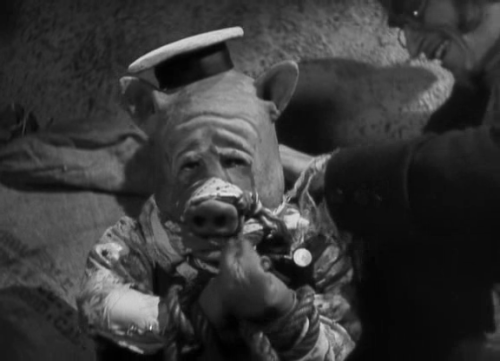 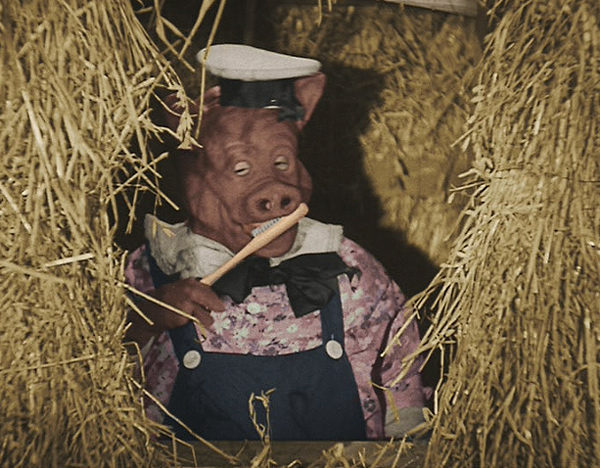