Who doesn’t love an advent calendar? Around the Daily Grindhouse virtual offices, we decided the only way to make the advent calendar better is to replace what you might traditionally find behind the door with Christmas horror movies! So everyday from December 1st through to Christmas, we will be highlighting a different movie for our horror-loving readers to celebrate the season. Our film for Day Twenty is ANNA AND THE APOCALYPSE! 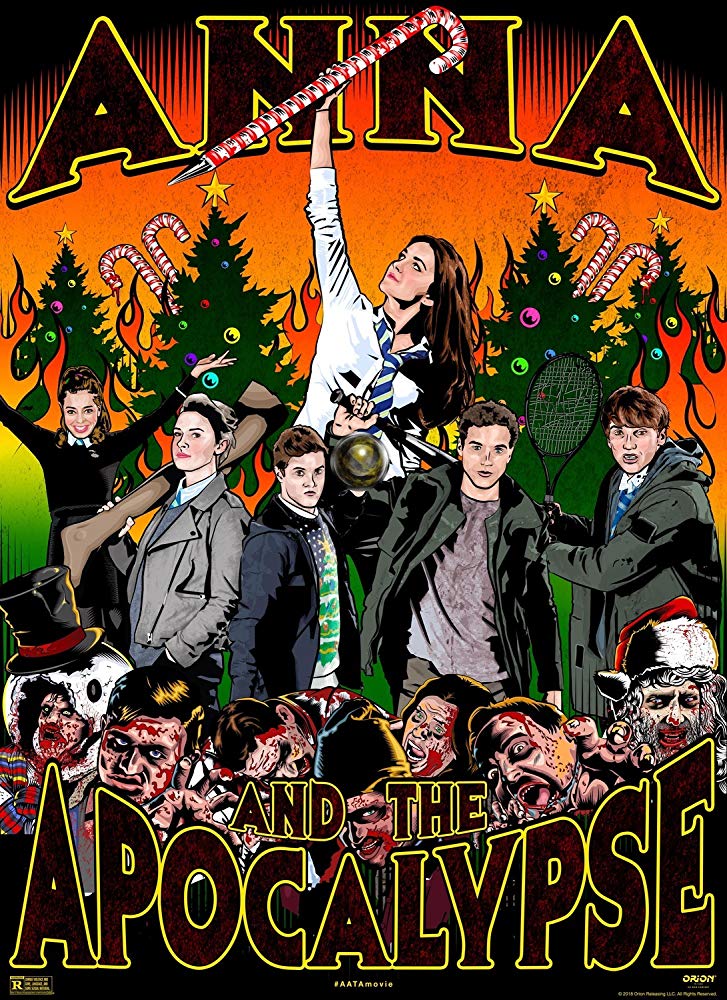 The new zombie Christmas musical ANNA AND THE APOCALYPSE is some kind of miracle. There’s a girl named Anna and she’s trying to survive the apocalypse. That’s it. It’s not a spoof. It’s not camp. There is no meta-commentary on zombie movies, Christmas movies, or movie musicals. There are no call-outs, visual quotes, or “fandering.” No one winks at the audience as if we’re all in on some kind of joke. There are songs, there are zombies, and it’s Christmas.

A quick note here: If you go see ANNA AND THE APOCALYPSE—and you should go see ANNA AND THE APOCALYPSE—don’t go by yourself on a Tuesday afternoon when you’re one of three people in the theater (ahem). Grab a couple of friends. Go on a weekend, or at least a Thursday. It’s a funny thing about musicals. Even on screen, they play better when they can feed off an audience’s energy. Just a suggestion.

ANNA AND THE APOCALYPSE opens with the song “Christmas Means Nothing Without You” playing on a car radio. The song sounds like it was written and recorded in the 1960s. The music, the lyrics, the arrangement, even the sound quality, are all so on point you’d think the filmmakers had unearthed a forgotten gem of holiday pop. But you’d be wrong. “Christmas Means Nothing Without You,” like all of the songs in ANNA AND THE APOCALYPSE, was written for the movie by Roddy Hart & Tommy Reilly. And a film this dedicated to creating an authentic 60’s sound for a three-minute song is a film worth your attention.

ANNA AND THE APOCALYPSE—directed by John McPhail, and based on the late Ryan McHenry’s BAFTA-winning short film ZOMBIE MUSICAL—has a pretty self-explanatory title. There’s a girl named Anna (Ella Hunt). She goes to high school with her best friend John (Malcolm Cumming), and their friends Chris (Christopher Leveaux) and Lisa (Marli Siu). Outside of their crew is Nick–(Ben Wiggins) an alpha jock bully Anna hooked up with once, and Steph (Sarah Swire, who also did the film’s choreography), who’s been left alone for Christmas by her parents and her girlfriend. Anna’s dad Tony (Mark Benton) is a janitor at the school, which is overseen by the tyrannical Mr. Savage (Paul Kaye).

Zombies invade their Scottish town the night of the school’s Christmas show. Apocalyptic horror ensues. Alliances are forged and broken. Lives are saved, lives are lost. A girl sings “come on over and unload your sack” to the shirtless Santas dancing around her at a high school Christmas show. And all of your other standard zombie tropes.

What makes ANNA AND THE APOCALYPSE work so well is that it unapologetically believes in itself. It’s a musical, so the characters break into song. It’s a zombie movie, so there’s a lot of blood and gore. Neither genre works if you’re not willing to suspend reality, and McPhail and co-writers McHenry and Alan McDonald deftly manage to make it all believable by grounding their story in the mundane reality of high school.

The two genres come together beautifully in the presentation of “Turning My Life Around.” The scene cuts back and forth between Anna and John as they leave their homes for school, dancing through the streets. They’re so wrapped up in singing their upbeat song that they’re oblivious to the mayhem the surrounds them. The juxtaposition of an uptempo “time to cheer up” number with massive death and destruction is fun, but the familiarity of shutting out the world with a pair of earbuds is what makes the scene really resonate. 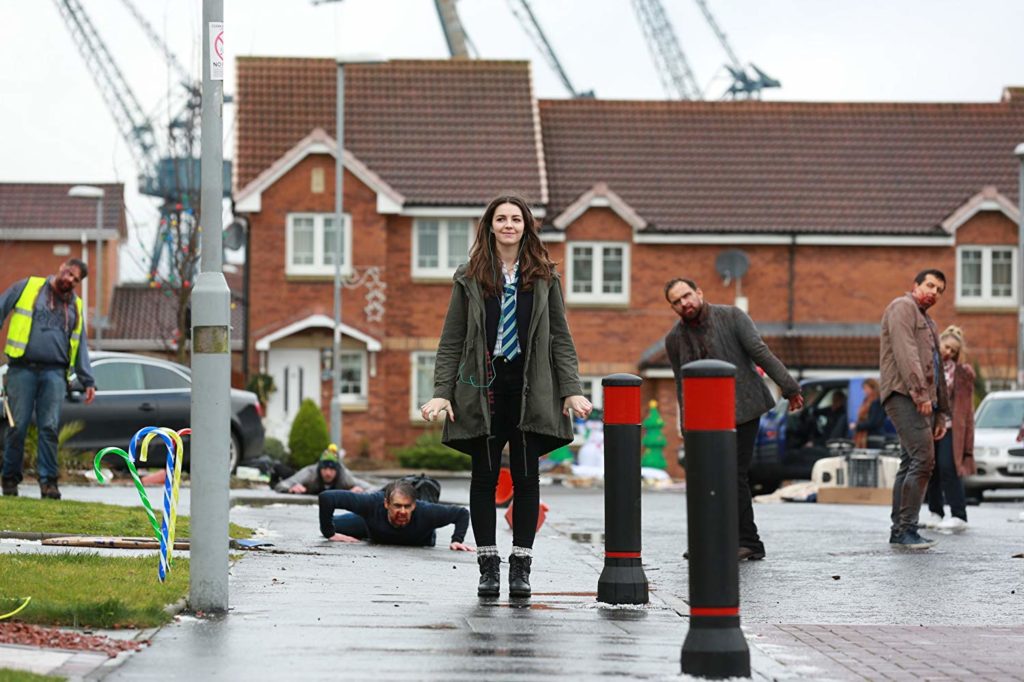 ANNA AND THE APOCALYPSE is full of moments like this. The story is as much about the characters’ lives as it is about their battles to keep living. It may owe a debt to Buffy the Vampire Slayer and its musical episode “Once More With Feeling,” but ANNA is still an original, genuinely heartfelt musical with some fine songs. I wouldn’t be surprised if it starts showing up at midnight screenings next December.

And finally, Johnny Donaldson covered ANNA AND THE APOCALYPSE for DAILY GRINDHOUSE when it premiered at Fantastic Fest in 2017. It’s a must-read, and covers all kinds of stuff I didn’t.