Home  ⁄  The Wire  ⁄  IT’S THE DAILY GRINDHOUSE 2018 HORROR ADVENT CALENDAR! ‘BETTER WATCH OUT’ IS OUR TENTH FILM OF THE MONTH!

Who doesn’t love an advent calendar? Around the Daily Grindhouse virtual offices, we decided the only way to make the advent calendar better is to replace what you might traditionally find behind the door with Christmas horror movies! So everyday from December 1st through to Christmas, we will be highlighting a different movie for our horror-loving readers to celebrate the season. Our film for Day Ten is BETTER WATCH OUT! 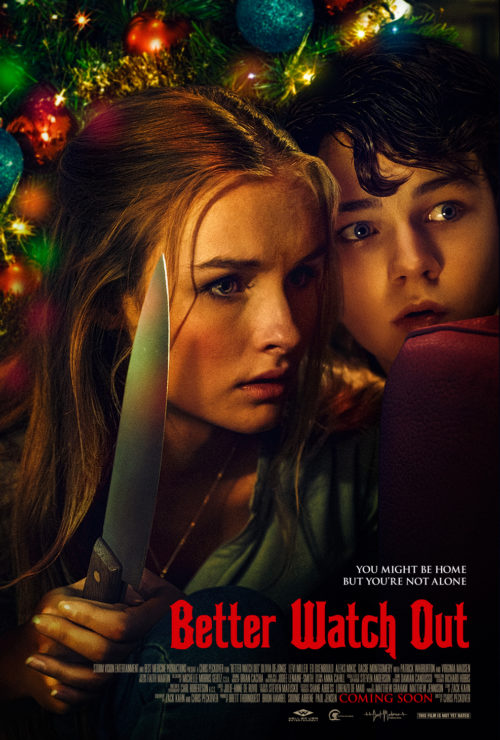 Like a lot of kids, I’d try to sneak a peek at what was under the Christmas Tree in advance of the actual event, and like a lot of parents, mine started wrapping stuff inside of other stuff. Nintendo games, for example, fit nicely inside of shoe boxes and though the specificity of the game within remained protected, I was savvy enough to know a shoebox when I saw one. Knowing almost anything in advance of viewing BETTER WATCH OUT is like that. It’s just enough information to spoil the surprise without ruining the details. This is a thematically appropriate way of saying this movie is a gift best-received completely unspoiled.

The spoiler-free pitch: BETTER WATCH OUT is HOME ALONE as a horror movie laced with the razor-witted viciousness of YOU’RE NEXT. If you haven’t seen it, consider immediately retreating into the warm reds, greens, and golds of Carl Robertson’s cinematography. 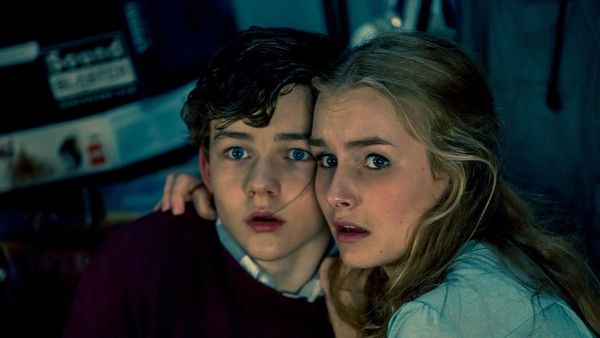 For everyone else, BETTER WATCH OUT focuses on Ashley (Olivia DeJonge) babysitting her lovesick charge Luke (Levi Miller). Aside from the Christmas setting, the first act of the movie could be easily conflated with McG’s THE BABYSITTER. Same track, far different destination. Because (and I’m now venturing into surprises best discovered on their own) Levi is sort of the answer to the question, “What if Kevin McAllister had been a psychopath?”

I was eleven when HOME ALONE was released, and I thought it was hysterical. Something happened between then and HOME ALONE 2: LOST IN NEW YORK, which I found disturbing. I was horrified when Kevin dropped a brick off a brownstone onto Daniel Stern’s face. A brick at that height would cave your skull in. I knew that. It never occurred to me a paint can, famously used in the first installment, might do the same. Watching this be debated and crash-tested on screen in BETTER WATCH OUT is worth the price of admission.

Despite the Christmas trappings and title, BETTER WATCH OUT is ultimately a story that can and does play out all-year-round. At its heart there are deep-seated themes of toxic masculinity and the all-too-familiar concept of boys doing terrible things to everyone around them because they feel entitled to a girl. Moreover, the movie establishes them as shrieking, panicky monsters throwing tantrums because what they really want is a hug from Mommy. 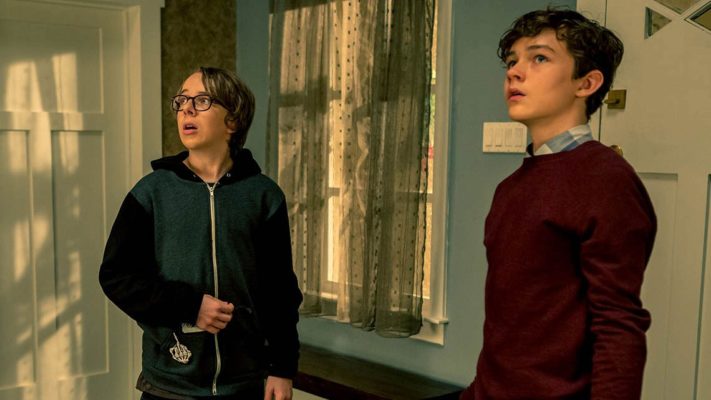 DeLonge gets to go a little broader and into deeper territory here than in THE VISIT, but the screenplay by Zack Kahn and director Chris Peckover really hinges on whoever is playing Luke, and Miller nails it. He cracks his voice during Luke’s ragiest moments, and whether it’s his choice or Peckover’s, it underscores the childishness of Luke’s behavior. When a fully-grown man is depicted as engaging in this sort of manipulation and brutality, it’s easy to forget there’s a lack of emotional immaturity behind it. Luke’s best friend Garrett (Ed Oxenbould) is along for the ride as the less-hands-on-but-equally-complicit buddy. He watches the horror show unfold, egging his pal on right up until the point where he realizes he is neither prepared for nor protected from the depths of Luke’s depravity. You’re asked to feel sorry for him, but your mileage may vary.

I don’t envy Peckover, Kahn, or anyone else who may have been involved in the challenging task of selling and marketing this movie. They have a fantastic concept they want to protect behind a false premise that accounts for roughly ten minutes of runtime and the false premise is miles from being as clever or as nasty as the concept behind it. It’s like a really nice Nintendo game wrapped within a shoebox. Thought and care clearly went into the packaging, but it’s not nearly as cool as what’s inside. 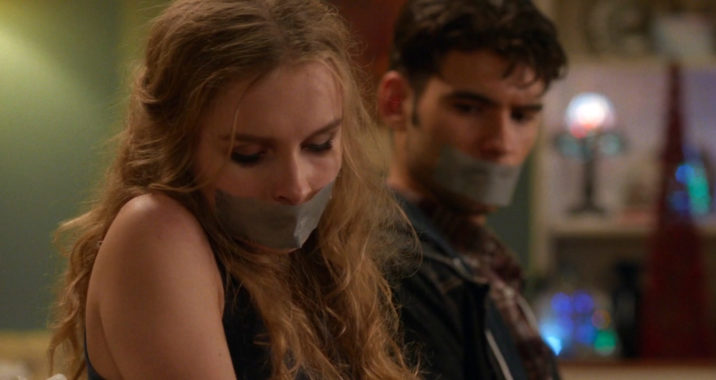