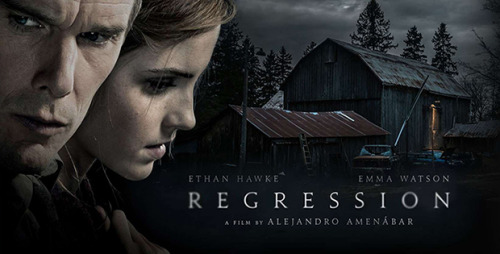 Like Alejandro Amenábar’s OPEN YOUR EYES and THE OTHERS, his latest film plays with the nature of memory and perception. Ethan Hawke’s detective Bruce Renner is the entry point for the viewer into the film REGRESSION. We only know as much as he does as he attempts to unravel a dark mystery involving a small Minnesota town and troubled adolescent Angela Gray (Emma Watson). What begins as abuse allegations begin to escalate into reports of Satanic ritual and become more intense in scope and subject matter. 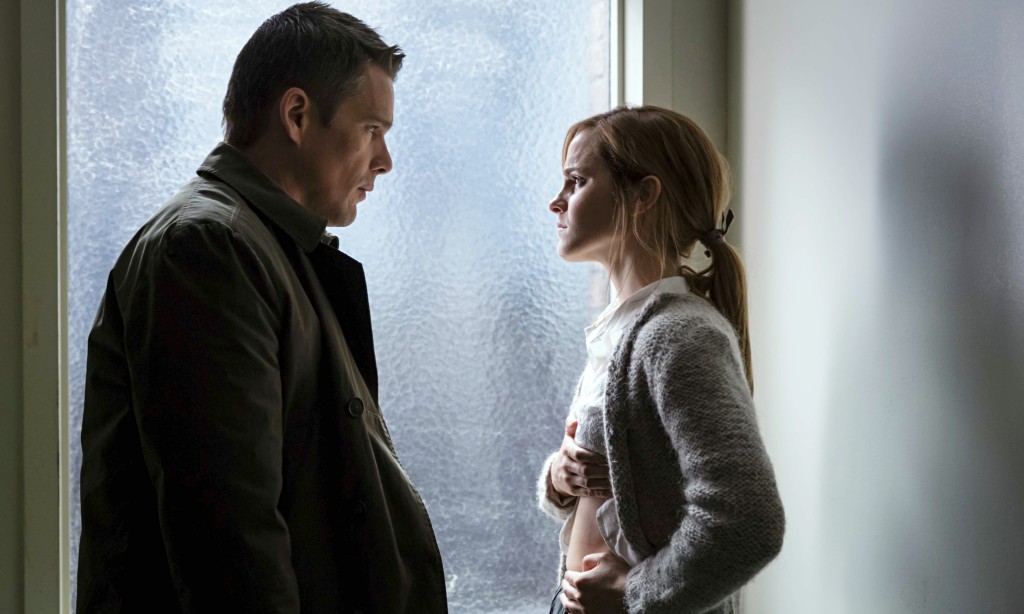 Angela has found sanctuary staying at a church, and a trail of questions starts there and leads back to other members of the Gray family, including her grandmother, father, and brother. There are reasons the Grays live apart, and the family is fractured, but many of them can’t remember enough to put together the whole story. Some of the questioning from Renner’s interviews and, importantly, probing from psychologist Dr. Raines, begins to unearth some increasingly disturbing imagery. The film’s dim palette of blues and grays allows these possibilities to emerge as the midway point between unearthed memories and dreams they probably are; black cloaks, white faces, and blades ripe for sacrifice, traditional shared stereotypes of black masses. 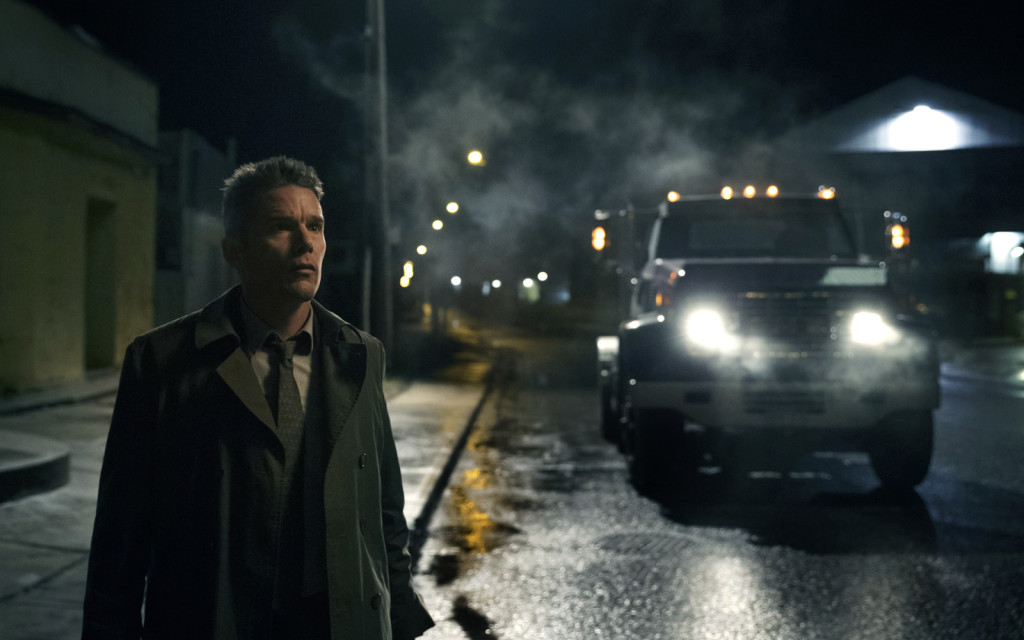 One of the film’s strengths is showing how Bruce Renner takes on the case as his pet project and becomes consumed by it. Imagining, in a paranoid manner, that Satanists are watching him all over town in a hostile way as an outsider, Renner begins to have dreams that seem like either visions of past unholy rites or real-life scenarios where he is being silenced for knowing too much. The sense of dread the film creates is the one that Renner feels constantly listening to Angela’s testimony and hanging a cross in his window, not being able to separate dream from reality, and starting to feel consumed by a dark force the entire town may be involved in. 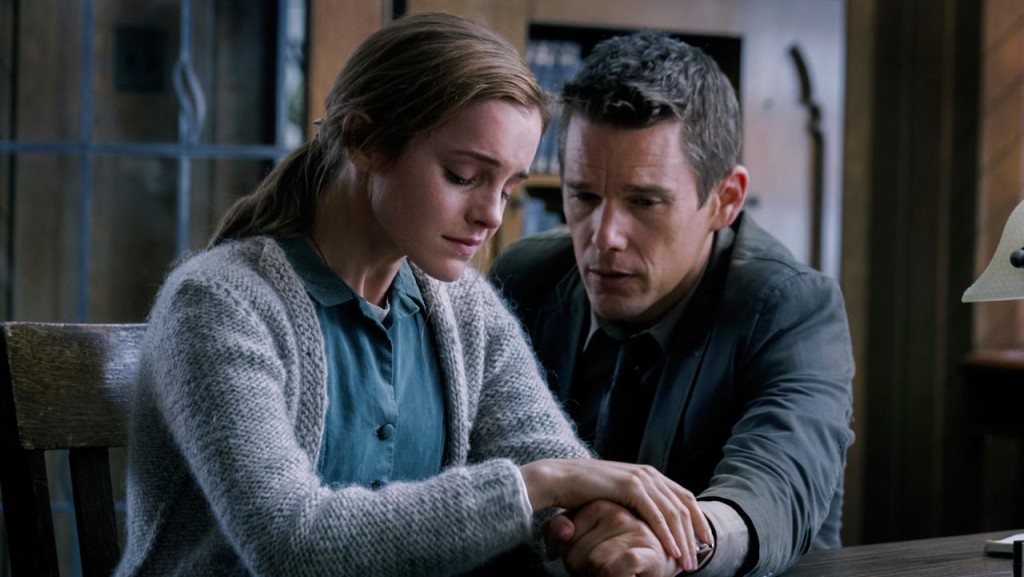 REGRESSION is not a perfect film. It has a twist ending, for instance, that will probably be apparent to many viewers familiar with the research on which the film is based. The title itself is a clue to the imperfect nature of memory that ties into the plot, and a form of therapy that has fallen out of favor. However, in its best moments, the film succeeds in demonstrating something even more powerful than regression: how collective shared dread can infect a town, and how the power of imagination can create a believable story you can actually begin to live inside. As the viewer walks through Renner’s panicked shoes in an old barn to see a satanic ritual, it hardly matters whether the ritual is there or not, it’s still terrifying.
REGRESSION is available on Blu-Ray, DVD, Digital HD, and On Demand as of May 10th,  2016.