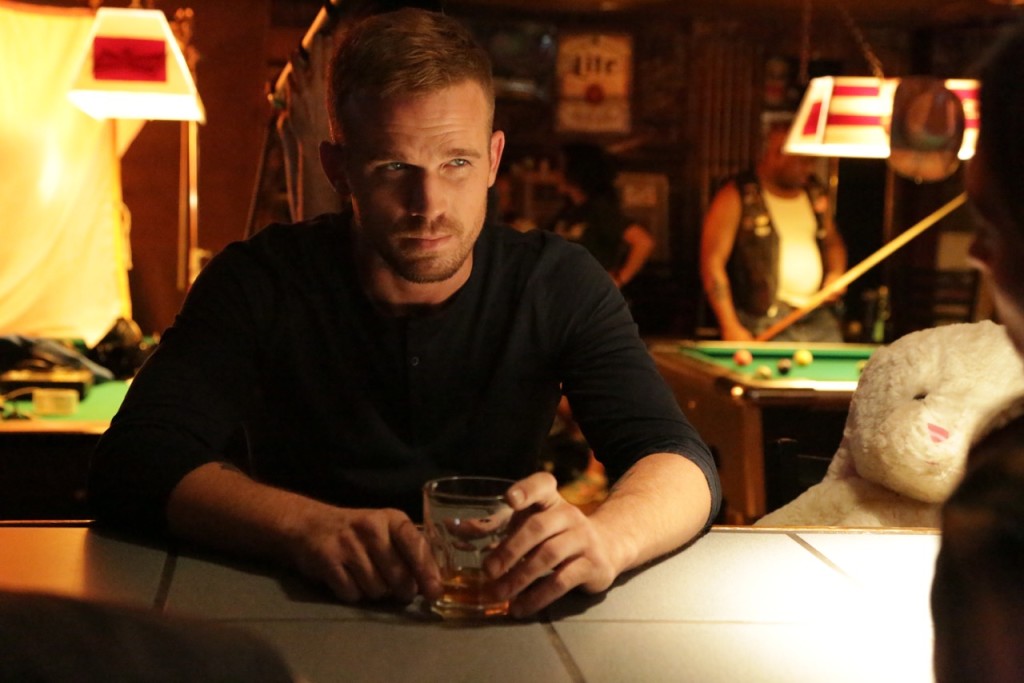 Looking over his IMDb page, I realized I’ve seen way more movies starring Cam Gigandet than I would have been ready to name off-hand, including NEVER BACK DOWN (where he was a solid neo-Zabka type), THE UNBORN, EASY A, BURLESQUE, IN THE BLOOD, and soon, THE MAGNIFICENT SEVEN. Outside of his TV work and his appearances in the TWILIGHT movies, which no doubt give him the above-the-title status he gets, Cam Gigandet isn’t a high-profile star, not the kind that shows up in the kind of Oscar-bait that mainstream critics have to cover; instead he’s the kind of hard worker who shows up in the kind of movies that tend to fall into my wheelhouse: lower-budget action & horror titles, underrated sleepers, and the occasional outright disaster. To me those are a lot more interesting than your average award-season candidates anyway. I’m familiar with the man’s work, is what I’m saying.

Cam Gigandet is starring in an upcoming action movie called THE BASE, which just started shooting yesterday. I’m interested in this project because it’s directed by Jesse Gustafson, who served with the United States Army among many other more traditional cinematic accomplishments. Since this movie is being billed as in the tradition of THE DIRTY DOZEN and KELLY’S HEROES, it intrigues me to think about what somebody with a more modern frame of reference could bring to the subject. (If it’s something that captures your interest too, check out this article.) I’m certainly not saying a person needs to have military experience to make a movie; I’m only saying I’m more than happy to see what a serviceman can bring to a genre I’ve seen plenty of civilians dream up already.

LOS ANGELES (May 10, 2016) – XLrator Media and Benattar/Thomas Productions announced the start of principal photography on the action-thriller THE BASE, starring Cam Gigandet (THE MAGNIFICENT SEVEN, TWILIGHT) and directed by Jesse Gustafson (DAY 39). XLrator Media will release the film worldwide in 2017 on its “TURBO” action label.

Based on an original story by Nigel Thomas and Rick Benattar and written by Guy Stevenson (THE LAST HEIST), THE BASE stars Cam Gigandet as the leader of a “Dirty Dozen” band of military prisoners who have to fight off a terrorist attack on the remote “black site” prison in which they’re being held, which, unknown to them, is a cover for a secret drone control facility.

Director Jesse Gustafson is a military veteran and a Columbia Film School graduate who has directed and performed in over 40 stage productions. His film work includes writing and directing the short film DAY 39, which was a finalist for a student Academy Award in 2015, and writing “Ace of Spades,” which was an Academy Nicholl Fellowship finalist.

The film is produced by Rick Benattar, Nigel Thomas, Barry Gordon and Michael Radiloff and  has been fully financed by The Fyzz Facility with Wayne Marc Godfrey and Robert Jones coming on board as Executive Producers.

THE BASE is the fourth action-thriller from Benattar/Thomas Productions as part of an overall production and global distribution deal with XLrator Media. The companies have previously partnered on PARADOX starring Zoë Bell and Malik Yoba and the upcoming releases THE LAST HEIST starring Henry Rollins (in theaters June 17, 2016) and THE FIXER starring Tom Hopper (“Black Sails”) (in theaters November 4, 2016).

“We are thrilled  to work on THE BASE with Jesse Gustafson, a fresh and exciting new filmmaker. The film is reminiscent of classics like THE DIRTY DOZEN and KELLY’S HEROES.  Movies we love that truly blur the line between the good guys and bad guys. It’s a great story and we can’t wait to bring it to a global audience,” said Rick Benattar.