Home  ⁄  The Wire  ⁄  With JASON LIVES, Tom McLoughlin Brought An Auteur’s Vision To FRIDAY THE 13TH 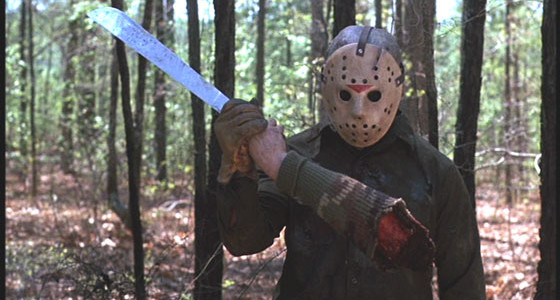 With most film series — particularly those in the horror genre — the original is considered the best, or at least the best example of the style and tone of the series. While the original 1980 slasher features a summer camp, nubile counselors on the make, and a spree-killer on the loose, it doesn’t even feature FRIDAY THE 13th main man Jason Voorhees (spoiler alert) until the film’s final moments, and even then, he’s only a deformed boy in a lake. The original FRIDAY THE 13th is a giallo influenced take (or rip-off of Mario Bava’s BAY OF BLOOD) on Agatha Christie’s TEN LITTLE INDIANS, employing more of a whodunit element that wouldn’t return to the series until 1985’s A NEW BEGINNING. For the majority of the series, audiences knew that it was Jason, and that’s why audiences kept showing up: to watch him dispense teenage sinners, one by one at an alarming click. Jason really didn’t become the Jason that pop culture knows until 1983’s 3-D outing, FRIDAY THE 13th PART III, when the backwoods madman finally dons his industria-couture workwear and Red-Wings-inspired hockey mask. The remainder of the FRIDAY THE 13th sequels are certainly hit or miss, but thirty years ago this year, FRIDAY THE 13th: JASON LIVES, arguably the most impressive of the sequels, hit multiplexes across the United States.

When Jason was unleashed for his fourth adventure on August 1st 1986, the series was in need of some re-jiggering. Coming on the heels of the mean-spirited, excessively sleazy disappointment, A NEW BEGINNING (which attempted to bring a possession element into the series that fell flat for PART V but that worked well in THE FINAL FRIDAY) went back to basics, and writer/director Tom McLoughlin infused a comic element that makes JASON LIVES a stand-out in the FRIDAY THE 13th series. The jokes come as fast as the kills in the sixth entry of the FRIDAY THE 13th series, one of the most memorable being a riff on the 007 gun-barrel opening that works as a joke as well as commentary on the longevity of the Jason Voorhees character. Right from the opening credits, McLoughlin is letting the audience know that they aren’t in for their typical trip to Camp Crystal Lake… err, Forest Green. That said, there is definitely a reliance on continuity. 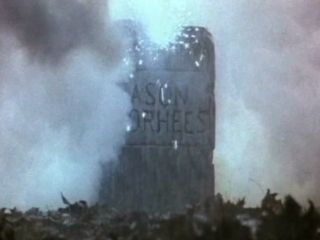 It would have been easy for McLoughlin to completely reboot the series (continuity was never one if it’s stronger elements) by bringing back Jason’s foil Tommy Jarvis in the third part of the “Jarvis trilogy.” There is also a heavy reliance on meta-humor — pre-dating Wes Craven’s NEW NIGHTMARE and SCREAM by eight and ten year years respectively — two campers play a card game called “Camp Blood” that explicitly mentions Jason, one young camper asks another, “So what were  you gonna be when you grow up?,” and another one of the kids falls asleep reading Jean-Paul Sarte’s NO EXIT. Horror fans back in 1986 were usually unfairly stereotyped as burn-out metal heads, looking for a quick fix of gore, and no disrespect to the burn-out metalheads looking for a quick fix of gore, JASON LIVES aimed higher. 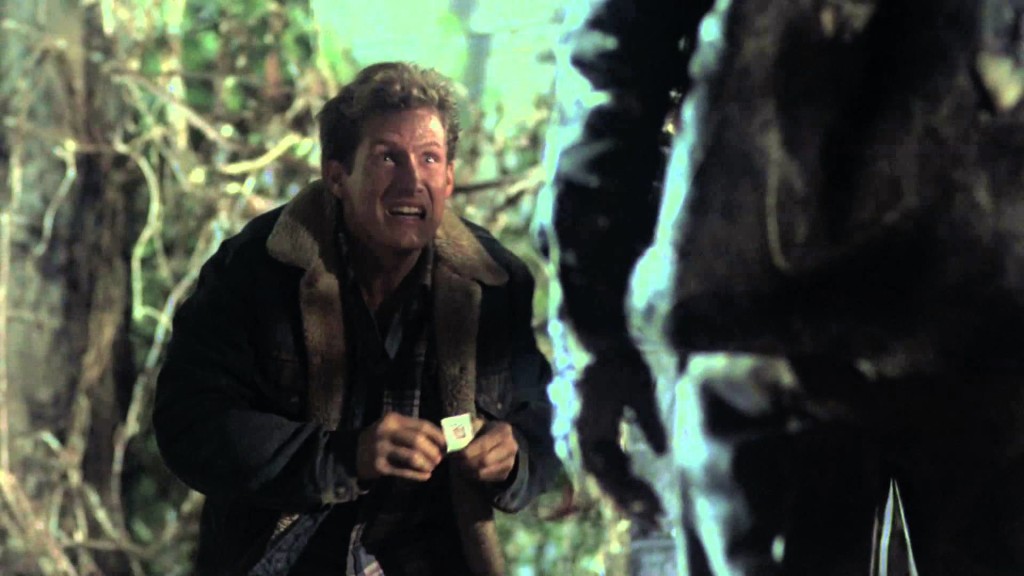 However, even while bringing some slapstick and humorous musings on popular culture to the series, FRIDAY THE 13th is still, first and foremost, a horror film. Tom McLoughlin took his love of Universal Monsters and gothic horror and brought a little more style to the proceedings than were seen in the more point-and-shoot stylings of the previous five outings. It makes sense that the writer/director would bring his love of classic horror to a FRIDAY THE 13th movie, as by this point in the 1980’s, Jason, Freddy, and Michael had become the Dracula, Frankenstein, and Wolfman of the MTV era. McLoughlin infused classic horror elements (meaning the actual elements), such as a dark and stormy night and lots and lots of eerie fog, into the slasher genre to create a more interesting visual palette than had been seen before in the FRIDAY THE 13th series.. The director also brings a big-budget sensibility to the low-budget film, with a set-piece involving Jason taking out John Travolta’s brother and a young lady that appears to be lifted from a Poison video on a runaway RV, climaxing with a victorious Jason standing atop the turned over vehicle. The entire sequence wouldn’t feel out of place in any action flick. 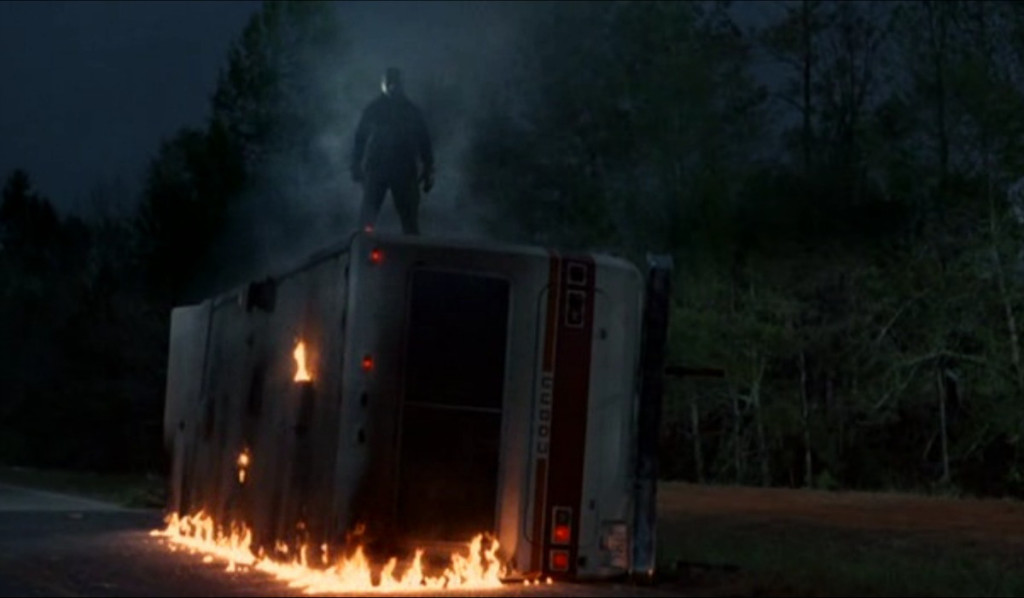 McLaughlin, one of the auteurs of the FRIDAY THE 13th series, also brings likable characters to the film. It’s a longstanding misconception with the FRIDAY THE 13th series that audiences only enjoyed going to see these teenagers killed off one by one by Jason because they felt the kids deserved it. With the exception of the low-lives featured in A NEW BEGINNING, for the most part the first four FRIDAY THE 13th films featured regular teenagers (played by actors and actresses well into their twenties) who just wanted to drink some beer, smoke some grass, and get laid. Honestly, these movies always put me in the mood to go camping; everybody always seems like they’re having a pretty good time before Jason shows up and ruins the party (That said, most of the characters in THE NEW BLOOD and JASON TAKES MANHATTAN get exactly what they deserve). Thom Matthews is more likable as Tommy Jarvis than the intense, brooding John Shepard of A NEW BEGINNING, and Jennifer Cooke brings a certain sexy, trouble making swagger to Megan Garris (particularly during the second car chase in this FRIDAY THE 13th film), daughter to Sheriff Mike Garris, played by David Kagan. In an notable difference from a lot of horror of the era, the Sheriff isn’t portrayed as a dumb authority figure who just doesn’t understand these darn kids, but rather as a concerned parent who eventually has to come to terms with the fact that Jason Voorhees is very much back from the dead. The character arcs aren’t deep, but they’re deeper than audiences were used to in much of the other low-rent horror fare coming out at the time. The rest of the cast is rounded out by some very talented young people, and some very talented younger people. Despite popular opinion by someone who has never watched a FRIDAY THE 13th film, this was the first time there were actual young kids in peril in a Jason movie. 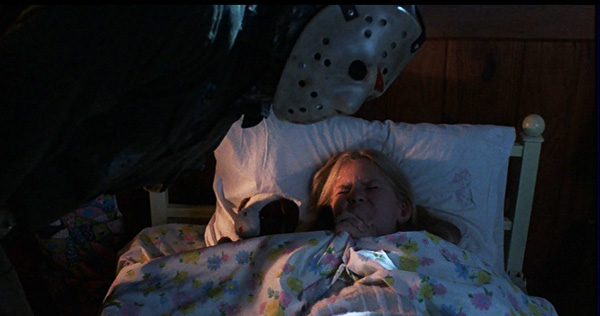 The man behind the mask this time around is C.J. Graham, an actor and stuntman.  Graham’s Jason is the first time Voorhees is portrayed as an honest-to-goodness zombie, so while not the quick moving Jason seen in PART III and THE FINAL CHAPTER, he is a touch more spry than the lumbering Jason that Kane Hodder would bring to the series in the next few entries. Jason’s costume is pretty much by-the-numbers industrial couture, with the addition of a pretty sweet utility belt. Jason having access to gadgets certainly drives home the James Bond comparison set forth in the film’s opening credits. It almost makes you wish Freddy was like his evil Q, down in the bowels of Hell. 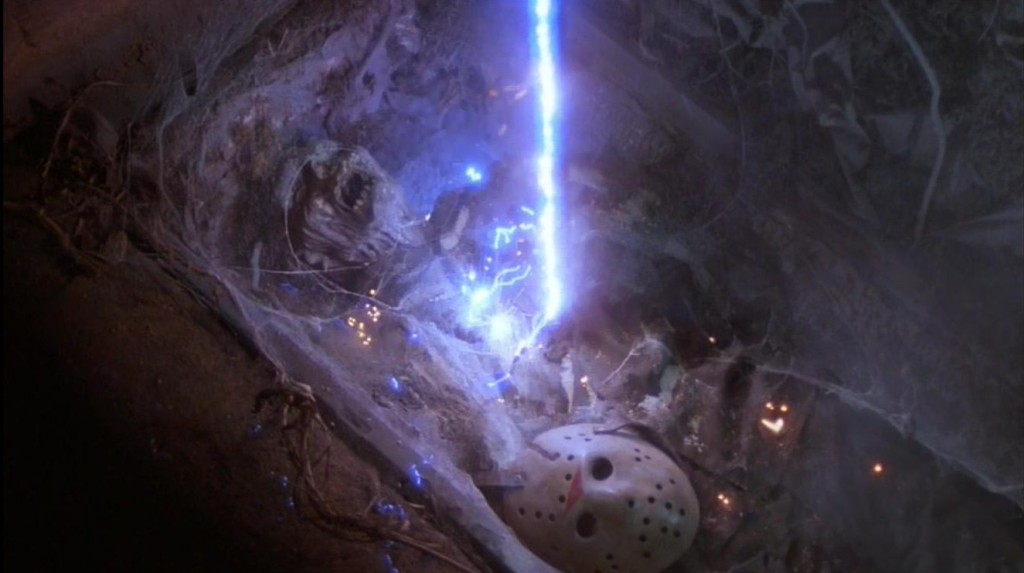 JASON LIVES is a terrific-looking film that blends horror and comedy very well, and even deserves to be held in the same regard as AN AMERICAN WEREWOLF IN LONDON and SCREAM, but probably fails to be taken seriously, because of its association with the FRIDAY THE 13th series which birthed it. Even amongst some horror aficionados, the Jason films are seen as low-rent schlock, and while certain entries in the series would definitely fall into that category, JASON LIVES rises above it, and ends up being one of the more enjoyable Jason adventures –and one of the few that actually takes place on Friday The 13th. 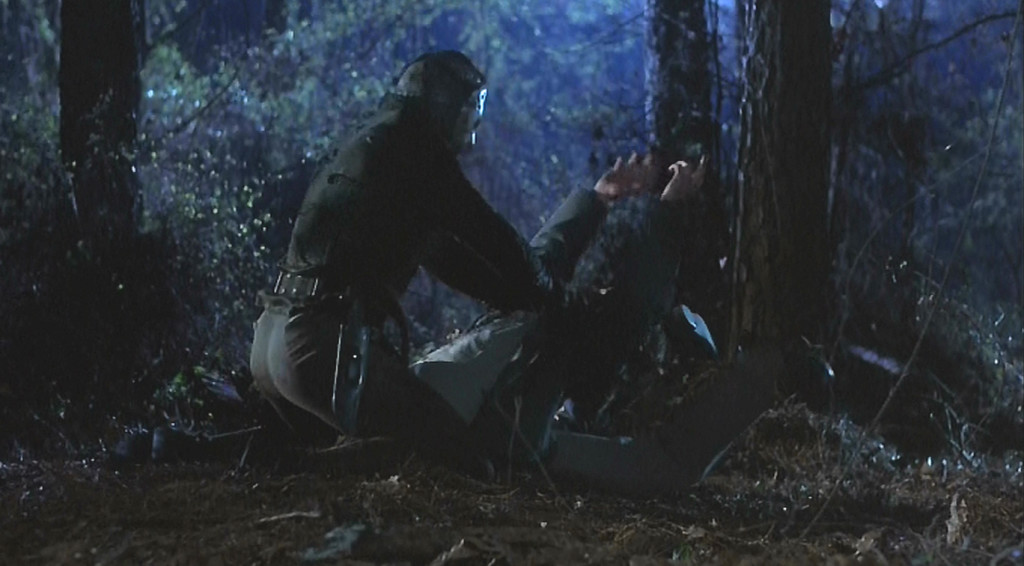 Happy Friday The 13th, everyone and remember, these are Jason’s woods… 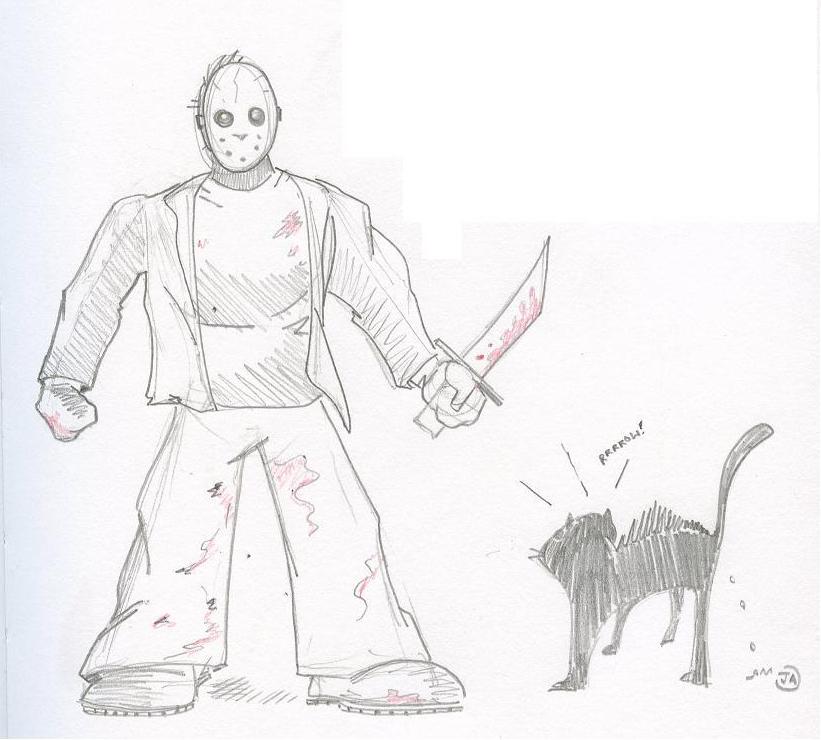 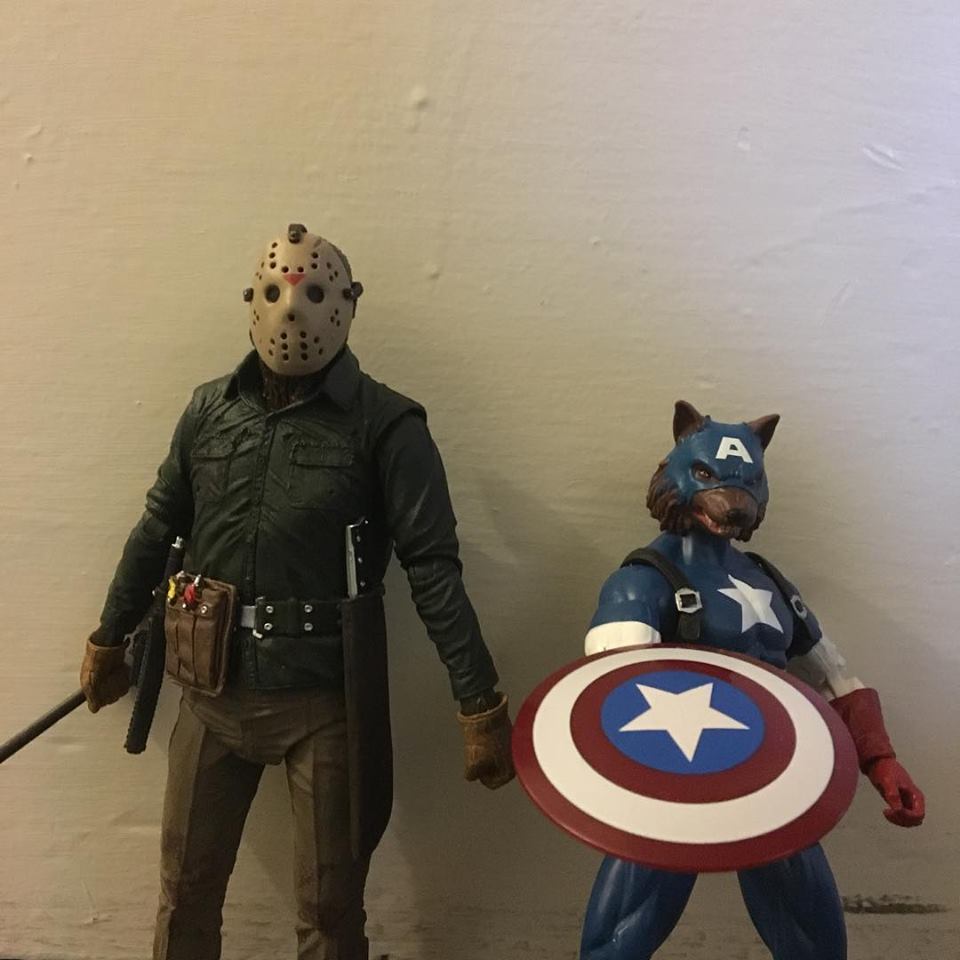