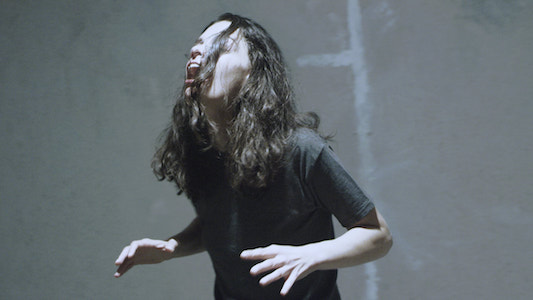 Give the makers of HUMAN ZOO this: they do manage to capture the soulcrushing, brain-numbing ennui of the situation their characters find themselves in.

We’ve all seen this kind of SAW-a-like before, multiple times over, in the past couple decades: a diverse group of folks attend a casting call for a reality show that has nefarious purposes for them. It’s a (*cough* *cough* *choke* *snort*) “groundbreaking” 24/7 web reality series, documenting each person around the clock for an amorphous concept of “viewers,” with the last person standing awarded $1 million dollars. Of course, that’s what the would-be contestants expect; what they get, instead is a living hellhole where they are pushed to the brink by sadistic captors with inexplicable, malevolent aims at torturing a cadre of innocent people. 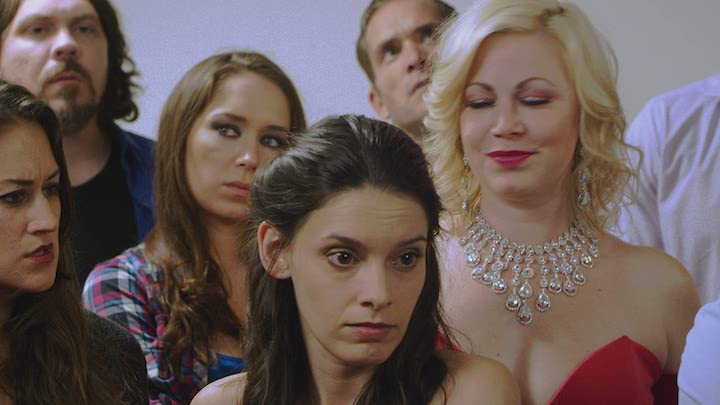 So you go in, knowing what to expect from this creaky, musty, beyond-its-expiration date torture-themed pseudo-horror: blank slates turning on each other and forced into a degrading, dehumanizing gauntlet of graphic violence, characters mutilated beyond recognition, forced to endure cruel trials and get killed in slow, shocking deaths meant to act as faux-transgressive displays of special effects prowess.

That’s what one expects—and that’s not what HUMAN ZOO delivers. No, it delivers far, far worse. It delivers a masterclass in teeth-grinding monotony. Had it delivered a sadistically violent treatise on man’s inhumanity to others, than at least you would have a….something…there, another film to toss on the scrap heap of unimaginative indies that have forgotten that the HOSTEL films were over a decade ago and people have moved on from repetitive nihilism. HUMAN ZOO doesn’t even offer that silver lining. Absolutely nothing happens in the film. That is not hyperbole: Nothing. Happens. HUMAN ZOO isn’t just one of the most boring films I have ever seen in my life; it is one of the most boring pieces of media, across every possible spectrum of media one can imagine, I have ever encountered in my life. 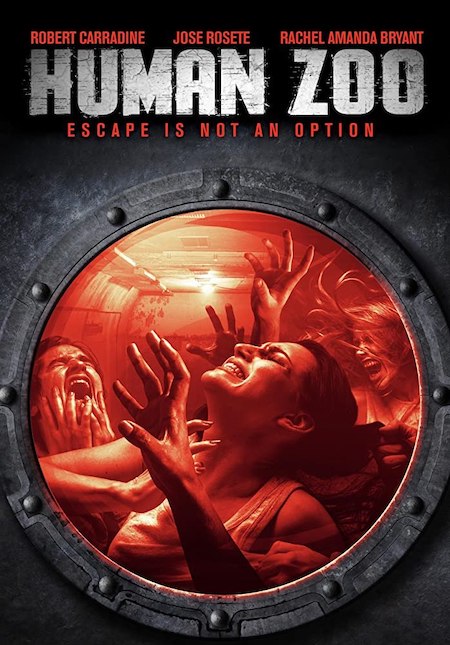 A charitable critic (re: one who is naively generous) can say it’s a “perfect” film for the moment: an isolation thriller in which an invisible threat has trapped people, alone away from their loved ones, for an indeterminate amount of time. That sentence shows more thought, nuance, and thematic interrogation than the filmmakers have ever given their own film. Instead, they saw, I dunno CUBE or BURIED or, fuck all, something and decided they wanted to do a spin on the concept but didn’t actually create a story or narrative or anything that would make one compelled to watch the hairball they coughed up. They just reheated a concept pulled from MY LITTLE EYE, KOLOBOS, and god knows how many other similar titles, and then stripped their film of everything that would make it watchable. It’s almost respectable as some weird Warholian prank. 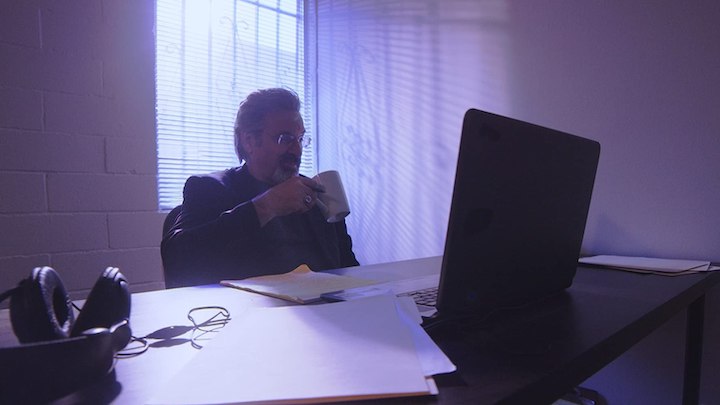 When I say nothing happens, I mean it. HUMAN ZOO kicks off with some blurrily shot casting call scenes as our  various characters gather for interviews to justify why they should be on the show. This is where the most story is found. From there, those chosen get shepharded (after a brief cameo from Robert Carradine, carrying on a longstanding family tradition of making bit parts in terrible horror movies) into holding pens where they are one by one forced by two hulking henchmen to strip and shower in front of them — a repetitive series of scenes where we see at least a half dozen of our featured players react in the exact same manner.

Then we get into the rancid meat of the matter: our group of doomed wannabe millionaires wake up in the concrete cell where they are to reside forever, given only a bucket, a mat, and a styrofoam container of oatmeal. Cue an ever-cycling series of people screaming, raging, crying and pleading at the camera, until credits roll. 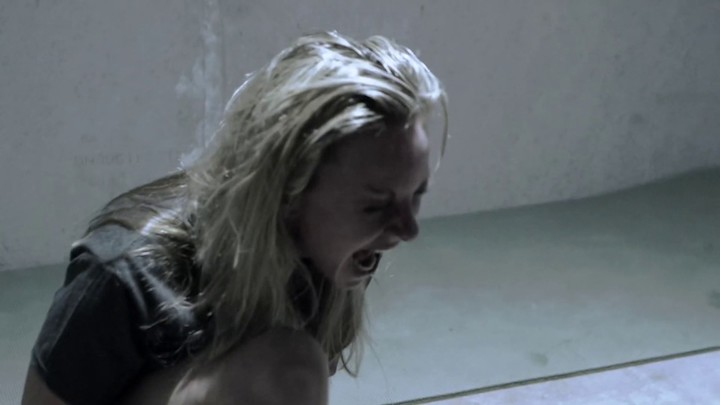 There is no story here, just a concept. No narrative thrust. No drive. No arcs, no twists, no developments, nothing but an increasingly repetitive series of moments of angry people impotently raging at an uncaring machine. There are no heroes, and the villains disappear once we get to the sells. There’s no climax. Literally, it just drifts off to the end. And here’s the thing—there’s also no violence. No action. The interviews that open the film ask each character what their worst fears were, and I crassly thought “oh, that’s what this film is going to be.” I even messaged another film critic, when a character said her biggest fear was the death of her beloved cat, asking when and how bad the cat death was. There is no cat death. In fact, the worst fears thing never goes anywhere. 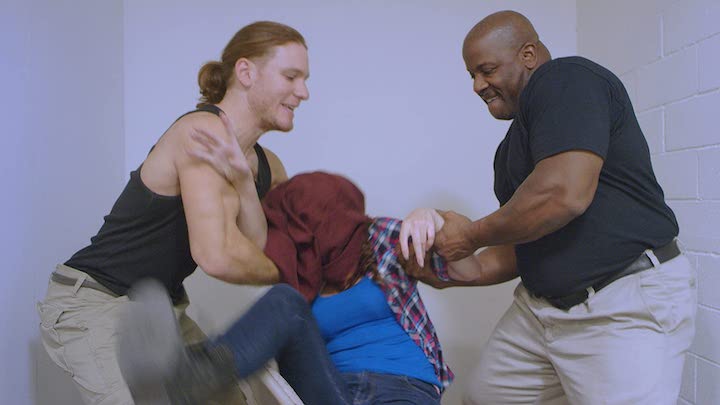 The overseers never do anything, at all. They just observe, as we do, as these one dimensional folks, who are never fleshed out, fall apart (and almost immediately. Like they are just days into isolation, not even a week.) It’s glacially paced uneventfulness. It’s like an exploitation film directed by Bela Tarr. If Bela Tarr didn’t know what the fuck he was doing. 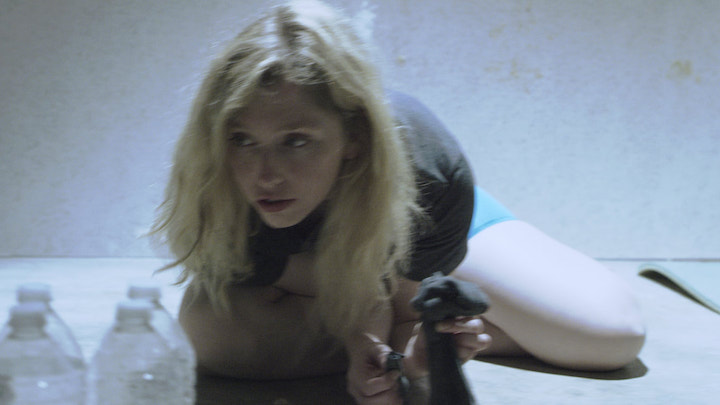 There’s a tendency in modern film critics’ circles to at least try and be kinder on indie films, given the sheer amount of difficulty that goes into bringing any film to the finish line, let alone one that is refused the resources granted to Hollywood movies. Cheap cinematography, sometimes stiff supporting acting, threadbare production values—those are all forgivable in a film that is clever, inventive, or just plain entertaining. It’s a beautiful, reasonable and empathetic stance to take, and as someone who’s made films on tiny budgets, I know exactly how hard it is.

But some movies are so bad, so difficult to make it through you realize the problems have nothing to do with a lack of resources—they are foundational, at the very root of conception, and they would never be good, no matter how much went into them. HUMAN ZOO is that kind of film. 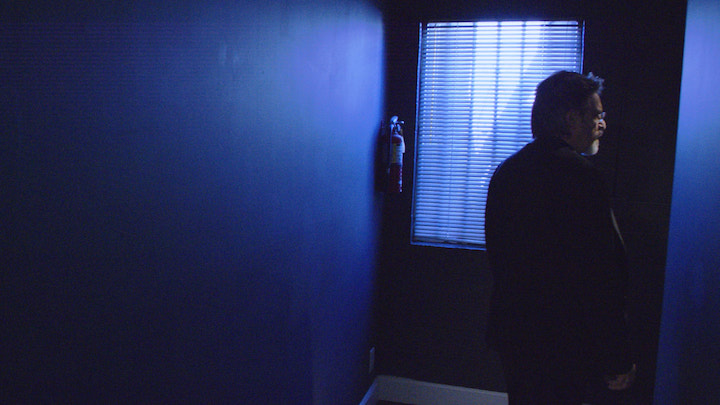 I think one of the places my vitriol for this film comes from, is that it’s not just boring — it’s boringness is offensive. This is a meretricious film that wallows in mental suffering to no reward. There’s literally no narrative, so there’s no story to ground what we are watching. Whatever thematic statement the filmmaker’s may have thought they were saying is lost amidst dialogue that amounts to little more than “please let me out.” If the filmmakers think they are being transgressive or subversive, they are fooling themselves—no tropes are being subverted and this kind of film has been done to death, so they are bringing nothing new to the table. 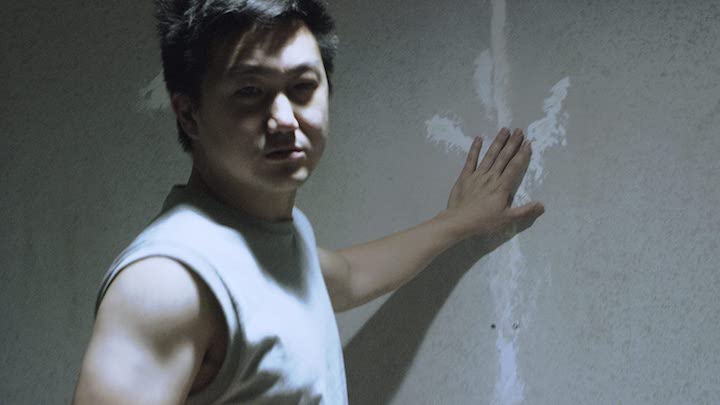 Because every single scene is, essentially, the same exact scene, there is no suspense or scariness, there’s no humor and there’s not even gore, so you can’t fall back on nasty trashiness. It’s just scene after scene after scene—unwavering, unvarying—of characters pleading and begging and crying and mentally being tortured. And because it’s so much the same thing, it doesn’t even become disturbing. It’s just depressing. It’s icy, emotionless, and mean-spirited cruelty for the sake of it.

(And it’s not just cruel either—but sterotypical, too. Why is the sole black guy a girl-obsessed horndog? Why is the Asian guy a nerd? Why are the women the first to crack under pressure. Answer us that, director John E. Seymore.) 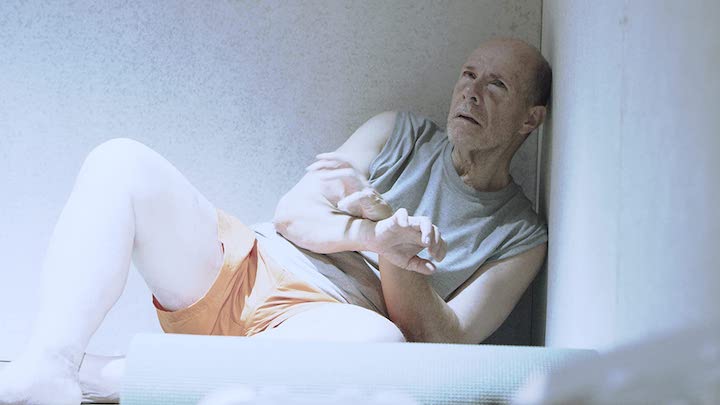 I will say something nice: the actors do their thing admirably. None of them have anything to do except react, but they are believable in their reactions. This isn’t much of an acting showcase for them, because they have no characters to speak of, but they do what they need to do and are professionals. They deserve better.

Honestly, I don’t even know what to say about HUMAN ZOO anymore. It’s literally one of the worst movies I have ever seen. This is probably the meanest review I have ever written and….I don’t care anymore. Because this movie doesn’t care. It regurgitates a dusty concept and does it in the least imaginative, underdeveloped way possible. I can’t even muster the energy anymore to wrap this review up in some clever button. Honestly, fuck this movie.