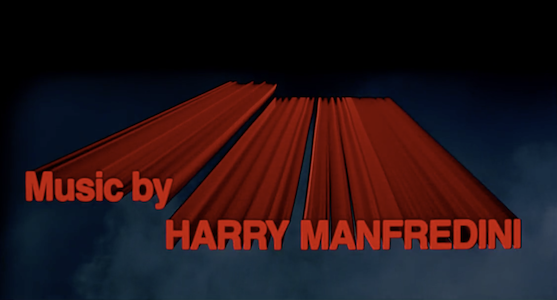 The FRIDAY THE 13TH series is inherently visceral, if only because Sean S. Cunningham rightfully supposed that audiences really craved the gory carnage that many early slashers left to the imagination. It’s fair, then, if your gut reaction takes you straight to the indelibly graphic visuals this franchise has served up over 12 movies: the severed heads, the shish kebabbed teens, the macheted faces. You name it, it probably unfolded in and around Crystal Lake (and, briefly, Manhattan), sometimes under the guidance of legendary effects artists like Tom Savini and John Carl Buechler.

However, it’s also true that many of this franchise’s contemporaries also boasted impressive gore, some of them with these very same names attached. What is it, then, that really distinguishes FRIDAY THE 13TH, at least beyond the obvious answers revolving around how fun it is to watch Jason Voorhees specifically do his thing? 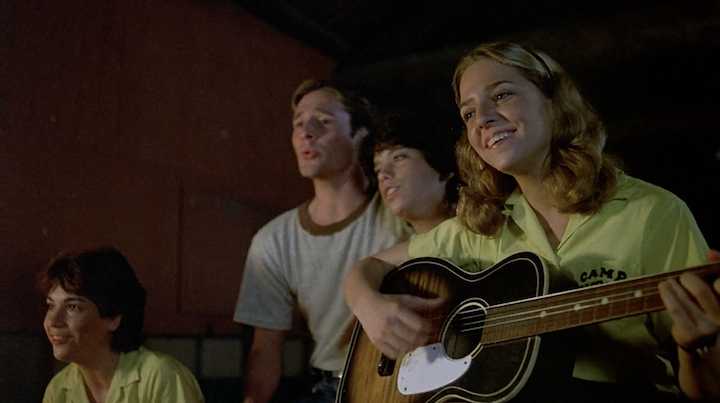 My humble offering: it’s the unsung sense of atmosphere that made the early films especially sing. Those naturalistic, rustic locations, combined with the unassuming turns given by largely unknown performers provide a sense of authenticity to FRIDAY THE 13TH entries: it sometimes really feels like you’re watching a group of unsuspecting twentysomethings march off to their doom.

But I would also humbly offer that Harry Manfredini’s scores were just as crucial as everything else. Yes, he’s rightfully hailed for creating the iconic “ki-ki-ki-ma-ma-ma” sound effect, and I’m sure most would agree that neither those gruesome kill sequences nor those great opening credits would be the same without his Bernard Herrmann-inspired shrieks.

However, I’ve come to appreciate his more subtle, moody pieces: those haunting piano notes that linger during the film’s quieter moments, accenting the already unsettling atmosphere. Most of these moments don’t immediately spring to mind, what with all the surrounding carnage that became the franchise’s calling card. 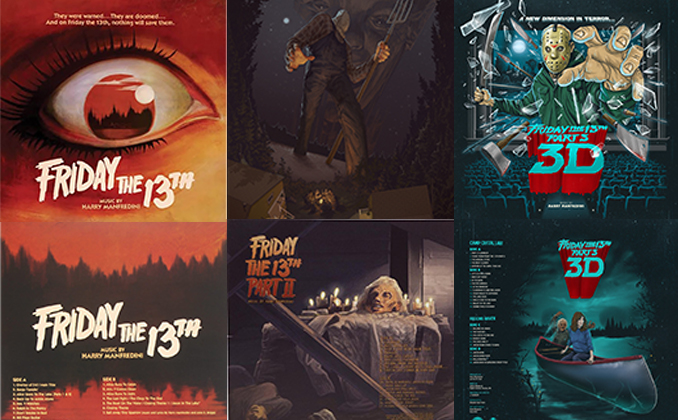 After watching these movies dozens of times, though, it’s these little moments—and Manfredini’s score during these moments—that have emerged as some of my favorite in the series: the brief glimpse of Mrs. Voorhees’s silhouette on a cabin porch; the ethereal tenor of the first two films’ climactic chases; shots of Jason’s feet as he lurks about; the howling wind swirling about Higgins Haven before a body bursts through the cabin window. Again, not exactly what audiences were explicitly craving, but I would argue that these moments helped FRIDAY THE 13TH endure alongside those gory hallmarks.

Forgive the obvious wordplay, but something about the way Manfredini’s notes reverberate and linger in the low-key moments between the slashing is, well, instrumental. FRIDAY THE 13TH wouldn’t be FRIDAY THE 13TH without this perfect cinematic alchemy. 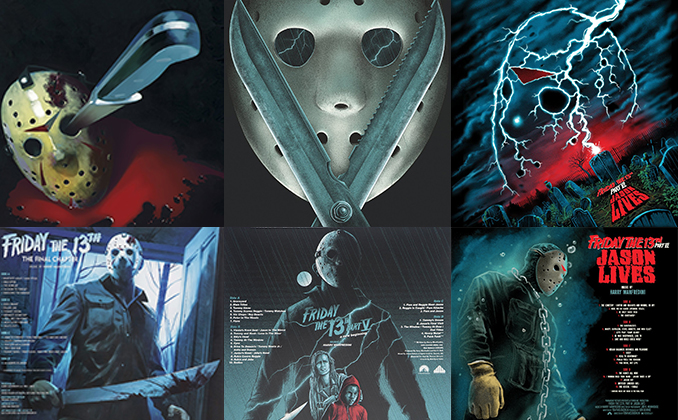 For further proof, look no further than some of the other slashers Manfredini scored (THE HILLS HAVE EYES PART II, and SLAUGHTER HIGH), often with music that could charitably be called derivative of his most famous work. They’re fine and fun in their own way, of course, but they don’t quite hit the same as the great FRIDAY THE 13TH movies do.

Likewise, consider those few entries Manfredini didn’t score, especially the 2009 Platinum Dunes redux, an otherwise respectable update that did pretty much everything else right. Without those familiar musical cues, though, it doesn’t feel completely at home with those early entries and confirms what we should have always known to be true: Jason and his legion of effects artists may have delivered the blood and guts to FRIDAY THE 13TH, but Harry Manfredini provided its soul. 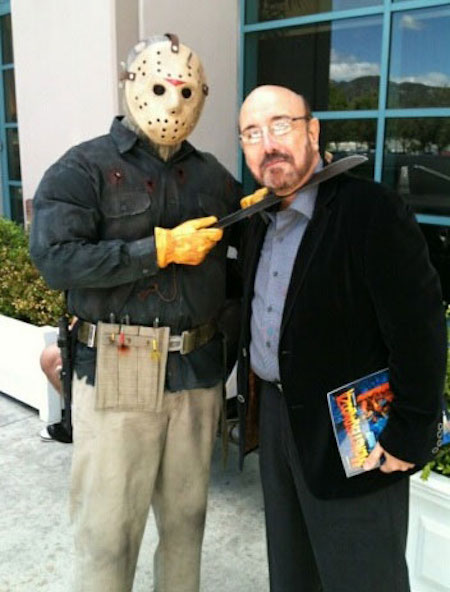 Many of Harry Manfredini’s FRIDAY THE 13TH scores are available on vinyl via Waxwork Records (covers pictured above).