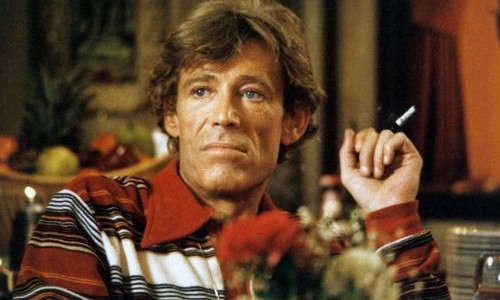 There’s a whole lot of strange business right up from the very start of THE STUNT MAN, Richard Rush’s brash, bawdy, throroughly virtuosic “lost film” from 1980.

It begins with the image of a buzzard, which literally comes to life off the title logo, swooping down to a busy road, where a mangy dog is lying down in the middle, obstructing traffic, licking his balls. Licking his balls!

As the credits begin, announcing the names of the cast and crew with the snap of a film-set clapboard, the camera proceeds towards and into a local diner, passing by a very young, very thin James Avery (Uncle Phil!), to finally discover a scruffy, bearded young man, who, maybe not for nothing, strongly resembles Charles Manson.

This is Steve Railsback as “Lucky” Cameron (a name that means plenty), a drifter and outlaw who is immediately interrupted from his pinball game by two uniformed beat cops. In a wild, energetic hand-held sequence that slightly predates the work of Sam Raimi, Lucky dodges the cops and escapes into the woods. He eventually walks right into an elaborate movie scene just as it’s being filmed, which involves an antique car and a bridge and a daring drive into the river below. 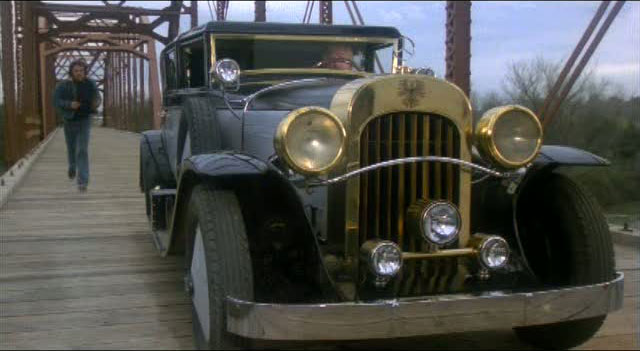 Unfortunately, Lucky’s arrival distracts the stuntman driving the car, resulting in the stuntman drowning. The bizarre, monomaniacal director of the film-within-the-film is named Eli Cross, and played by Peter O’Toole (LAWRENCE OF ARABIA himself) in what has to be considered one of this legendary actor’s more legendary performances. Literally the moment after Eli calls “cut” on the fatal scene, he sees something in the man he names “Lucky,” and asks him to pose as the stuntman for the rest of the shoot. He does this for two reasons: One, he is so obsessed with getting his movie done that he doesn’t want it shut down for a moment while police investigate the accidental death, and two, Lucky resembles the dead stuntman enough to make it work, and beyond that, Eli seems to immediately take to Lucky as both a confidante and probably a marionette he can control.

That’s the first ten minutes of a movie that continues, just as energetically, for another two hours. 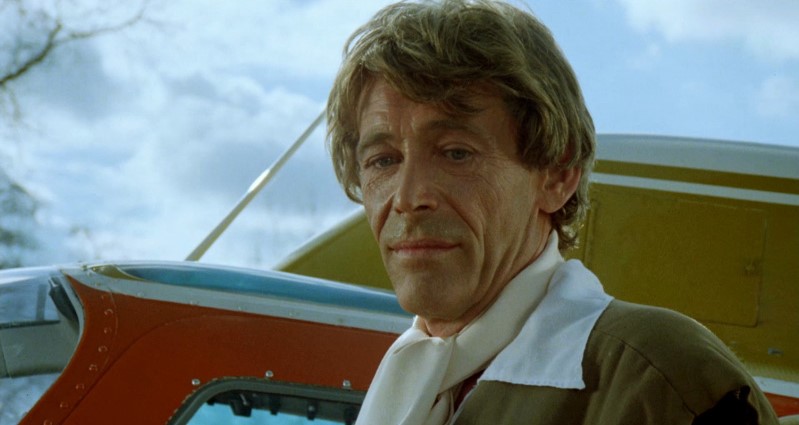 The rest of THE STUNT MAN is similarly dense. The story details how Lucky learns the ropes of stunt performing from a veteran stuntmaster (Chuck Bail), on-the-job training that is conducted as the film shoot continues. Lucky also becomes romantically entangled with the film’s leading lady (Barbara Hershey), who like everyone else on the crew, including screenwriter Sam (Allen Garfield) and money man Jake (Alex Rocco), has a personal, familial, and adversarial relationship with Eli Cross. 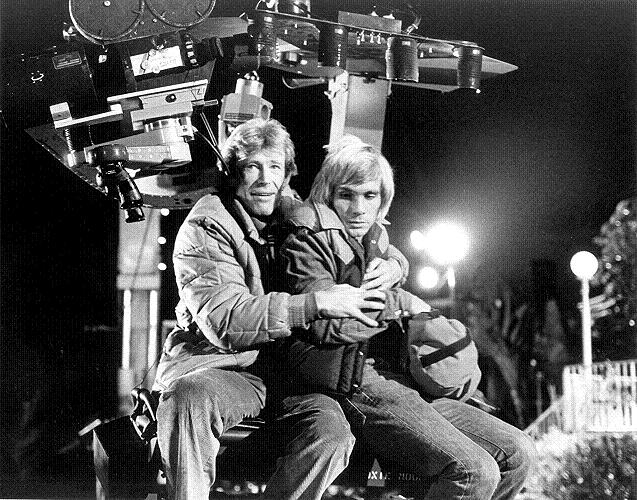 This is absolutely one of the best movies-about-making-movies ever made. Director Richard Rush, aided by cinematographer Mario Tosi (CARRIE), loads up THE STUNT MAN with all kinds of camera tricks and meta-textual gags. It’s a kitchen-sink approach to a story that never plays remotely the way most other inside-movies movies play. The movie that Eli Cross is filming not only looks totally insane, but is also intercut with the main action of THE STUNT MAN so that the viewer can relate to Lucky’s dizzy disorientation. There’s sex and violence and the sex looks like fun and the violence often doesn’t. The script (which Rush adapted with Lawrence Marcus from source material by Paul Brodeur) is as layered as anything this side of INCEPTION. The dialogue is particularly punchy — hilarious and filthy. These folks say all manner of dirty shit. After O’Toole, the most fun characters are Allen Garfield (MOTHER JUGS & SPEED), one of my favorite actors who absolutely no one remembers, and of course Alex Rocco, a character-actor lifer forever best known as Moe Greene. There’s fun to be had both within the frame and without. I literally watched the recently-released DVD from Severin twice in a night, just to begin to catch the majority of the gags and cinematic in-jokes that whiz by. 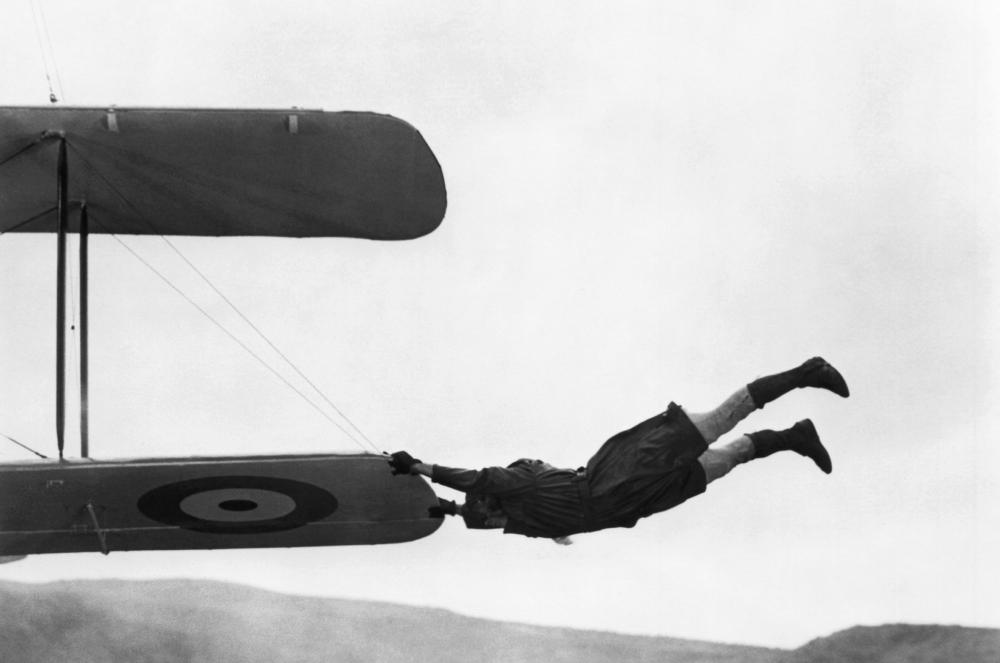 THE STUNT MAN is a scantly-credited bridge between the rebel cinema of the 1970s and the technical and stylistic innovations that were to come in subsequent decades. It’s a crazy movie, just plain crazy. It’s incredibly sophisticated but at the same time, entertaining on a very base level. If you love the craft and the history of movies, it’s a must-see movie that you maybe never even knew existed. 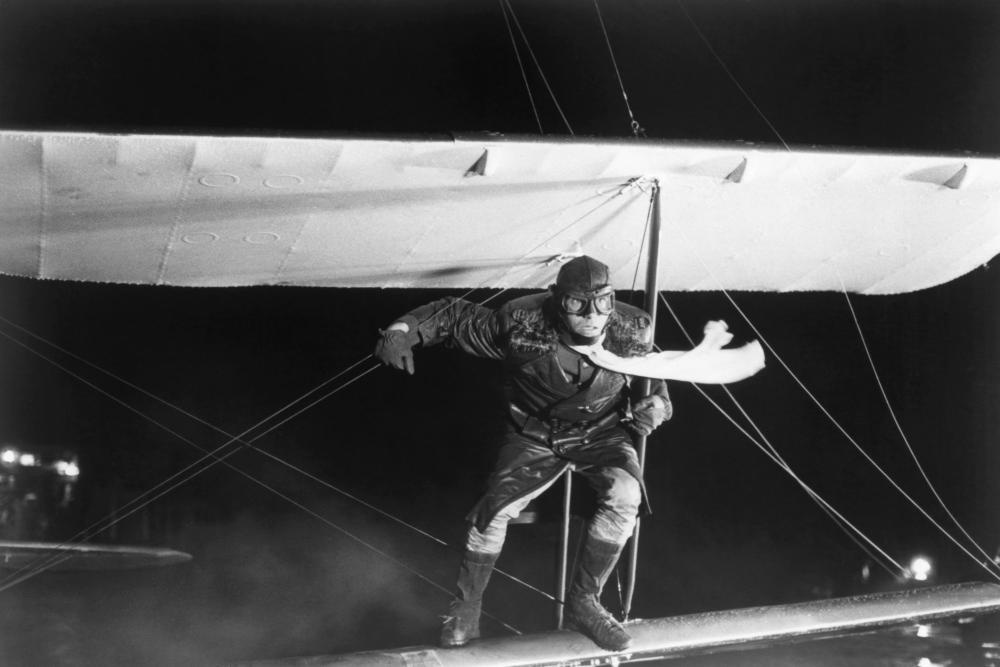