The second annual Cinepocalypse Film Festival (which rose, like a dark phoenix, from the ashes of the Bruce Campbell Horror Film Fest) is right around the corner, kicking off June 21st at the Music Box Theatre in Chicago. It’ll be my first time going, and I am pumped for the awesome lineup of both new and retro titles they are showing. I am beyond excited, and here are the top ten films that I am most excited to see on the big screen. (In no particular order, except for numero uno.) 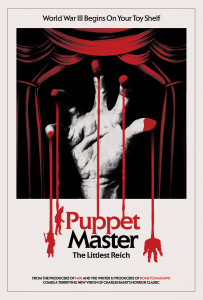 Our own Mike Vanderbilt had no love for this gore-soaked reboot of the popular Charles Band direct to video franchise (you can read his review from The Overlook Film Festival here), but that isn’t stopping me from making this my most wanted to see film at Cinepocalypse. I just finished reading It Came From the Video Aisle!, a history of Full Moon Films, AND this is written by S. Craig Zahler of BONE TOMAHAWK and BRAWL IN CELL BLOCK 99 fame, so I am quite excited about what kind of gory absurdity this knowingly meta take on Band’s killer dolls whips up. 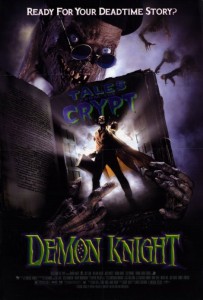 TALES FROM THE CRYPT: DEMON KNIGHT

I adore this film. I have seen it several times, and it should have been more successful in relaunching Tales From the Crypt as a cinematic staple as the TV show proper was winding down its run. (Blame BORDELLO OF BLOOD for killing that idea.)  It’s a pop horror masterpiece full of bright, gaudy colors, comic book appeal, and Billy Zane’s best performance by a country mile, and getting to see it on the big screen will be an utter delight. 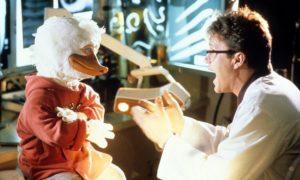 I know its a bad movie, but why the hell not? 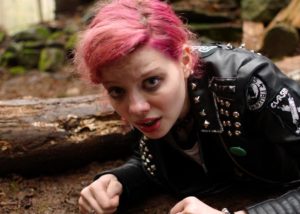 Genre film producer Jenn Wexler’s feature debut as a writer/director is a feminist punk take on the slasher genre, and who doesn’t want to see that? Granted, it failed to receive a good reaction when it premiered at SXSW back in March, but it feels like the kind of gaudy thriller that’s straight up my alley and I can’t wait to make up my own mind about it. 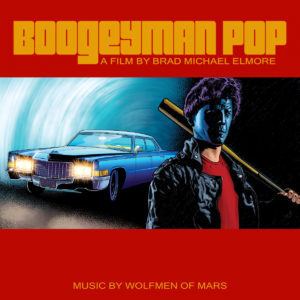 It’s rare to find out about a film you know absolutely nothing about, particularly one coming from a genre powerhouse like Blumhouse, which has been knocking it out of the park lately (Have you seen UPGRADE yet?). That they are being coy about what this psychedelic micro-budget feature with an alluringly strange name is actually about only seals the deal of wanting to see it.

WHAT KEEPS YOU ALIVE

I’m decidedly intrigued by this female-fronted, indie-flavored tale of psychosis and mental breakdown as it pits a lesbian couple against each other in that horror movie staple: the cabin in the woods. 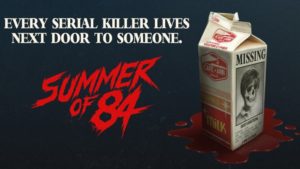 I adore TURBO KID so OF COURSE I am going to go see the follow up effort from the same creative team of RKSS (aka Anouk Whissell, Yoann-Karl Whissell and Francois Simard) even if it looks very much like its cashing in on the Stranger Things/IT nostalgia wave (and not doing a good job of it, apparently, from its Sundance reviews.) The RKSS folks have walked a fine line in bringing the retro goods, and I am excited to see what they will do with a kids on bikes vs. serial killer storyline. 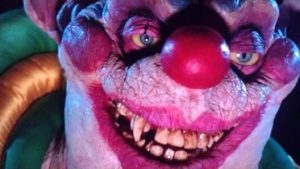 Much of my comments about DEMON KNIGHT up above also apply to the Chiodo Brother’s ‘80s cult favorite, one of the better (and sillier) deadly clown films around. It’s goofy fun with great, weird special effects and holds a special place in my icy heart. 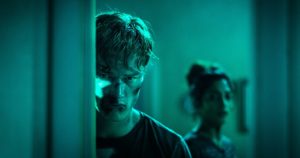 Don’t know squat about this one, but the references to body horror and aliens communicating through the television in the Cinepocalypse descriptions have me excited. Also, it’s a Christmas horror movie! 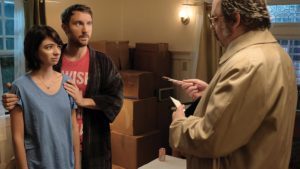 Taika Waititi, Kate Micucci, Dan Harmon, Brian Posehn, Maria Bamford, and Dana Gould in a dark comedy about a couple whose new bathtub becomes a magnet for suicidal cultists under the sway of the titular Storsh. That’s some comic talent and any film that’s willing to have that kind of tongue-twisted, marquee-unfriendly title (and it was changed to that from the more mundane CORPSE TUB) has to have some kind of quirky, cult-comedy appeal.