Indie horror writer and director Jeff Ferrell has just completed his second feature, DEAD WEST, in which a “charismatic serial killer embarks on a murderous cross-country road trip in search of true love.” Brian Sutherland of Ferrell’s previous film GHOSTLIGHT turns in a compelling performance as the killer and a cast of talented women make up his victims in this chilling psychological thriller, which will be available on DVD February 7th.

DAILY GRINDHOUSE was lucky enough to get a chance to talk to Jeff Ferrell about the film.

Daily Grindhouse: What inspired the idea for this character? What other serial killers, if any, may have been an influence on him?

DG: You slowly reveal the main character’s backstory over time. Did you want viewers to empathize with him? 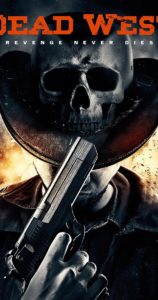 DG: The film is described as a “road trip in search of true love.” What movie tropes did you use in this quest, and which ones were you trying to avoid?

JF: The writing of the film happened very organically, and then it was just sitting on the shelf for awhile. It is a road movie, constantly moving through time, so there’s always something new going on. The film changes genre from action to horror to black comedy. It reflects what the world is like every day. It’s a quest for true love that isn’t successful, but I did want to give the feeling that the character is spiritually going on a journey as well.

DG: The female victims are all somewhat defined in the film. Why was it important for you to do that, to portray them as more than just victims? 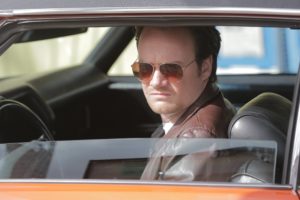 JF: It was very important to make the female victims not just caricatures, so that when they meet their end you feel for them. All of the characters in the movie have depth, and you care about what happens to them as people. In this way, it’s different from other genre films, where you never get to know the victims.

JF: The music is classic and diverse, including the score by Semih Tareen and rap, rock, and country music. The music is eclectic to reflect the film, and includes different genres and styles to reflect the feeling of the road. Being a musician myself, I’m friends with a lot of different musicians I was able to get to contribute to it.