On August 16th, BRINKvision released a special Blu-ray/DVD combo of the 80s slasher tribute LAKE NOWHERE. After playing several horror festivals, the film was self-released on a “bootleg” VHS version, but now it’s available on disc and on demand so horror fans can get a look at its loving recreation of the VHS aesthetic. LAKE NOWHERE is also available on SHUDDER. DAILY GRINDHOUSE’s Jason Coffman sat down with directors Christopher Phelps and Maxim Van Scoy for an email interview about the film.

DAILY GRINDHOUSE (DG): Was the VHS aesthetic a part of the design of LAKE NOWHERE from the start?

CHRISTOPHER PHELPS & MAXIM VAN SCOY (LN): We always wanted LAKE NOWHERE to have that aesthetic.  There’s something magical about watching a film on VHS, and it’s especially befitting for the horror genre.  VHS tapes get mangled and dirty, over-watched and washed out.  That degradation ultimately becomes part of the viewing experience.  We wanted to flashback to when we were kids, sleeping over in our friends basement watching horror movies we never heard of.

In the early stages of pre-production we did float the idea of busting out an old camcorder and shooting it on VHS.  We knew attempting such a feat would ultimately be impossible, but it was an idea worth entertaining.  It was part of the way we pitched it to the cast and crew as the style we were going for. We brought it back around in post-production. We did tests with plug-ins and effects but nothing held up like actual VHS transfers.  Our VHS lab consisted of Jonathan Phelps working tireless hours transferring various versions of the film to VHS, mangling the tapes and repeating.  The end result is a composite hybrid between those and the HD version.

DG: The movie opens with a couple of faux trailers. How did those come about? Were they possibilities for production as well, or were the trailers always just planned to open the movie?

LN: Most of the pre film material came together in post-production.  We did shoot the HARVEST MAN trailer one year before we shot LAKE NOWHERE, in October of 2012.  It was originally filmed as a spec trailer to pitch a potential feature length version of HARVEST MAN but it wasn’t until we had a cut of LAKE NOWHERE that we realized that it was the perfect place to present the trailer. Over the course of post we expanded on the films presentation by adding the “Wolf White” beer commercials and Italian Giallo trailer, WHEN THE RIVER RUNS RED. 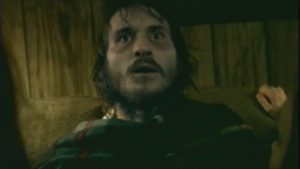 DG: Where did the idea for the Wolf White commercials come from? Is that going to be the Red Apple cigarettes of the LAKE NOWHERE cinematic universe?

LN: “Wolf White” originated in LAKE NOWHERE as our unsuspecting victims’ beverage of choice.  So adding the commercial to the intro was an idea that we joked about early on.  The rock jingle ultimately sells it, which was so perfectly composed/performed by Oscar Allen (who plays Mike in LAKE NOWHERE).  We actually had the song before we shot, so we were able build certain moments around the song, and also play it for our actors to inspire tone. And yes, I hear the distant howl of a pack of Wolf White echoing across the Ravacon Galaxy.

DG: Some of the VHS copies of LAKE NOWHERE are on tapes that were previously used to record other things (I think mine has an episode of KING OF QUEENS or something) to make it seem like a bootleg copy. That’s pretty brilliant! Where did that idea come from and how did you get the tapes to make that happen?

LN: That round of tapes is something special and was actually a happy accident.  There was talk of doing it bootleg style and recording the film over filled tapes, but we ultimately chose to go with blank ones.  So we did that initial round of VHS copies on tapes we bought off eBay, and though they were advertised as blank, we received tapes filled with random television shows and commercials.  I don’t think we thought twice about it at that point, it was perfect.  We ended up making about 70 copies to give out to our IndieGoGo supporters, cast/crew, and various outlets.  On each tape the film is bookended with it’s own unique TV treasures. 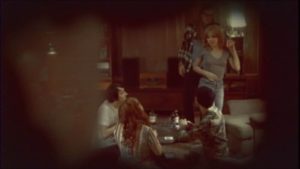 DG: What were some of you primary references and influences–both modern and period-specific–for LAKE NOWHERE?

LN: THE EVIL DEAD was a big inspiration for us to make LAKE NOWHERE.  With our lack of budget, we knew we had to go simple, and there’s a simplicity to that film.  The location is key.  There’s the shot in The Evil Dead when the spirit/camera floats around the cabin looking in windows.  We get a glimpse of everyone alone in their separate rooms.  Being isolated like that, seeing these kids through the eyes of an evil.  It’s voyeuristic and creepy.  The killer POV is a horror staple where the audience becomes the bad guy.  This is something we knew we wanted to do, albeit we went more Halloween with the masked killer POV.  That said we tried to not get too specifically referential.  We looked at moments that were part of the language of horror from the 80’s and tried to use that to tell our story.

LN: Our makeup / on-set effects were superbly done by Madeleine Koestner and Jonathan Phelps respectively.  I’d love to be able to tell you that all of the effects in LAKE NOWHERE are practical, but it’s not the case.  That said, there is in fact no CGI in terms of 3D models or computer generated blood.  We always pushed for practical effects as much as we could but often had to make sacrifices due to time and budget.  We would approach the computer effects as an art of invisibility, avoiding doing anything that would be distracting or produce an image that would break the 80’s aesthetic.

A good example of this is with the lake itself.  We were lucky to get the location we had.  We had lost our original cabin that was bare of any civilization and in the 11th hour our producer, Ryan Fitzgerald, secured us a new location.  Though this location proved to be quite perfect, it was well populated, it’s shoreline spotted in cabins.  Seeing other cabins across the lake would have taken away any feeling of isolation, and ruined the film.  So we had them meticulously removed by our VFX team, which consisted of Joel Barlow and Stephen Phelps. 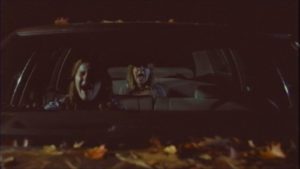 DG: Any chances of a full HARVEST MAN feature someday?

LN: There is!  Ryan Fitzgerald and Stephen Phelps have written a script for HARVEST MAN that we’d love to make into a feature film. 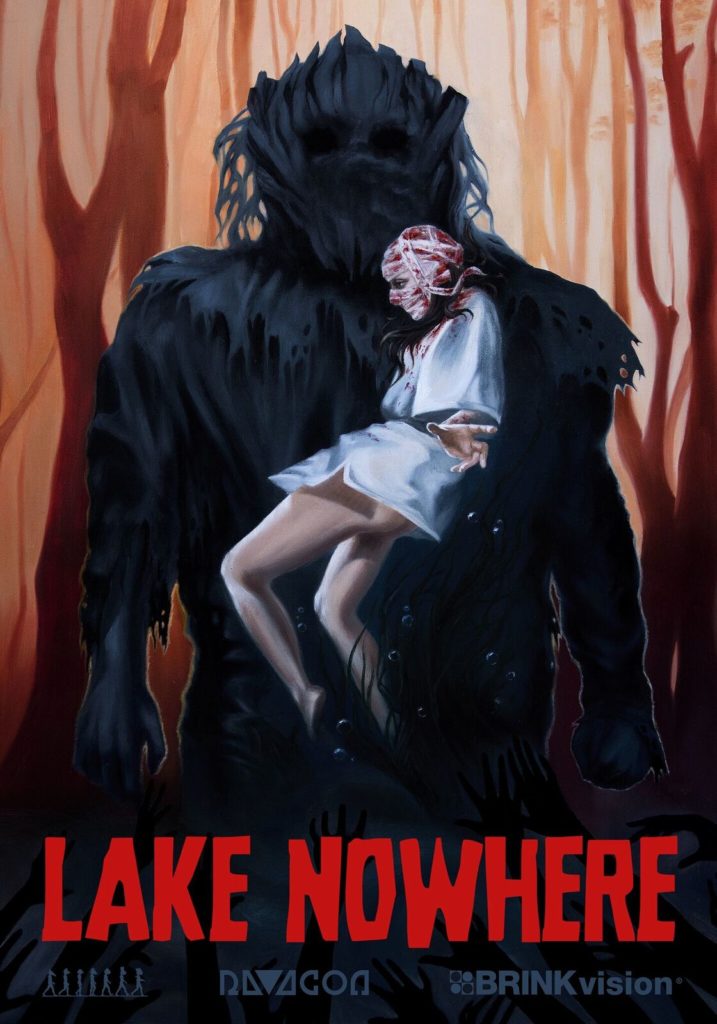 LAKE NOWHERE is available now on Blu-ray/DVD and VOD from BRINKvision, as well as on streaming service, SHUDDER!