Henrique Couto is a man committed to entertainment. Starting on local Ohio cable access at the age of 12, Couto has been directing, acting and creating films – both short and feature length – ever since. With his distinctive look and off-the-wall sense of humor, it’s no surprise that he’s gained a cult following with films like BLEEDING THROUGH (2012) and the recent BABYSITTER MASSACRE. His recent film DEPRESSION: THE MOVIE tackles more somber subject matter, but with a healthy dose of humor – and a touch of horror. Henrique took some time to talk about expanding his repertoire, entering show business as a pre-teen and difficulties of confessional cinema.

Sweetback (SB): DEPRESSION: THE MOVIE is split into four parts, which eventually collate in a final coda. Was it originally envisioned to have that sort of episodic structure?

Henrique Couto (HC): From the start I wanted Depression to be made out of three pieces, the Bill segment starring Mike Canestaro was something I came up with when we were already in production. I hadn’t been in production for a while at that time so I wanted to make smaller pieces to put together to simplify scheduling but also because I wanted to express problems with characters that were diverse but very alike.

SB: While there are some brief horrific elements in DEPRESSION, most of it is straight comedy-drama. Did dealing with so many dramatic elements put you outside your comfort zone, or is it just another tool in your directorial bag of tricks?

HC: Directing a straight comedy/drama was very challenging, but I had been experimenting with a lot of high concept emotional themes in my work prior I think I just found my stride with Depression. Since making it I have used those methods in my other work and I am really happy to have embraced more drama in all of my work.

SB: For a low-budget production, the film features a surprising amount of nudity. How difficult is it to find performers willing to bare all in your features?

HC: The nudity wasn’t at all difficult to come by, of course I tried to make it motivated by the storyline so that it made sense to the actors. With Depression I had a real ace up my sleeve, everyone who read it loved the character I offered them. The script was really rich and full of the kind of stuff actors want to do, the kind of stuff that works on a reel. So honestly, I asked three women to do nude scenes, and those three women did the nude scenes.

SB: Let’s explore your background a little bit. You started work as a teenager making programs on cable access. How did that come about? Have you always had a natural knack for performing?

HC: I saw a TV show on my local cable access station, they said they had classes, so I called and asked if they had an age restriction and they didn’t. I was 12 years old at that time, I took their camera and editing classes which were taught by the late Andy Copp. I have always enjoyed being in front of a camera hamming it up and all of that. It has been a part of who I am for so long I can’t really remember a time before that. I just love communication and I love entertaining, it makes me feel a level of joy I can’t describe.

SB: Ohio seems to have a wonderfully diverse and potent no-budget film-making scene. Were there any local filmmakers who you found inspiring when starting to tackle your own films? Do you see yourself as part of an Ohio film-making “scene”?

HC: Honestly there weren’t a ton of Ohio filmmakers I was aware of when I was coming up other than Andy Copp, he had made a feature and was working on a second called Black Sun when I was about 14 and would see him every week at the Access Station. He was my friend and mentor who inspired me to do so much and I miss him every single day. J.R. Bookwalter also inspired and encouraged me a lot when I was coming up, though he was in LA at the time he’s an Ohio boy through and through!

SB: With your distinctive glasses, moustache and choice of clothing, you have a significantly more defined look than most microbudget directors. How important is it to cultivate that level of personality and showmanship when trying to market your work?

HC: It is hard for me to say how important it is because I have never been any other way. From the moment I started doing movie conventions and showing my work around at a young age I had a distinctive style, over the years things like the mustache became a part of it. I’ve just always had a desire to be a little larger than life, I enjoy having a specific look and not being mistaken for anyone else. I do think my look and level of showmanship help get my films seen but I think it is most important to speak from your heart as a filmmaker. I do what is true to me and people pick up on that and want to support it, I think if you just be yourself people will connect. I basically just quoted every sitcom where someone is going on a first date and asks for advice.

SB: Back to DEPRESSION. Was there any concerns that such a dialogue-heavy dramatic film might seem too confessional? I imagine there’s much of yourself in the dialogue.

HC: Depression couldn’t be too confessional for me. Honestly that was kind of what pushed me to make it, I had taken a break from most of my creative endeavors in 2009 and into 2010 and it was mainly due to falling into a serious bought of depression. I am a person who has been battle this depression my entire life and am mostly on the winning end. When I wrote Depression: The Movie, I wanted to write strictly about the saddest things in my life at the time and make jokes about them. In a way by making a movie called Depression it is like a kind of voodoo, now when I think of Depression it is a piece of art to me and not just an affliction. It has more meaning to me and inspires me more.

SB: For those readers looking to pick up a copy of DEPRESSION: THE MOVIE, or any of your other work, what would be the best way to do so? And what’s the best way to keep up on your current and future projects?

HC: DEPRESSION: THE MOVIE is available on Amazon Instant or you can head over to my personal webstore http://hen.storenvy.com and I highly encourage anyone who wants to follow what I am doing to add me on Facebook https://www.facebook.com/henriquecouto or Twitter http://twitter.com/henriquecouto please don’t hesitate to get in touch I’d love to hear from you!

SB: Anything else to plug/promote?

HC: I am currently filming a Family Comedy Christmas movie called A BULLDOG FOR CHRISTMAS, you can check it out at http://bulldogforchristmas.com and keep an eye out!

SB: Finally.. You’ve been making films from a very young age, and I’m sure you’ve seen your fair share of difficulties and frustrations. What advice might you have for young or inexperienced directors looking to tackle their first feature?

HC: First take a deep breath, it is a lot of work, but if you focus on one day at a time you’ll make it through. Just get up right now, leave the house and go make it happen! That is the best advice I can really give, make a story that matters to you then go out and don’t come back until it has happened. 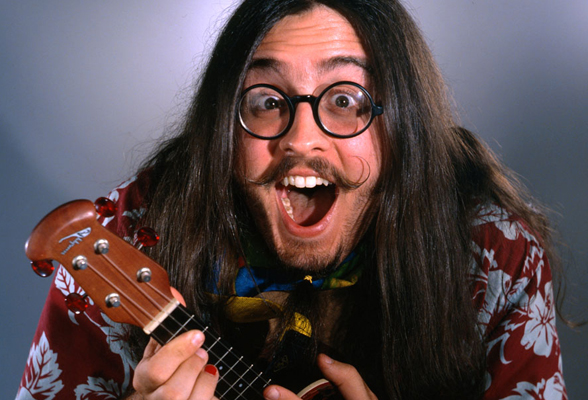