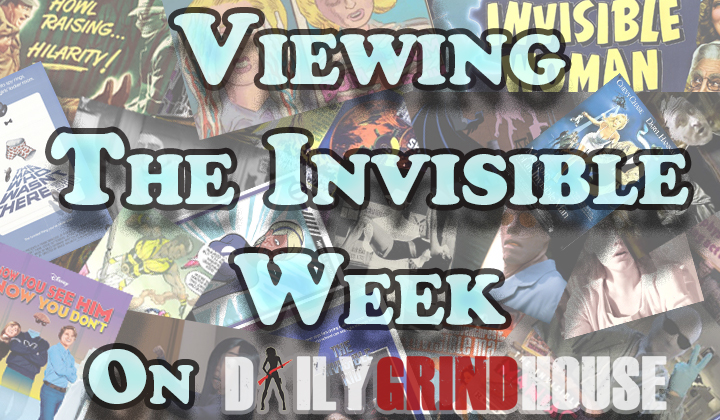 It’s pretty wild that almost 125 years after H.G. Wells published his novel, The Invisible Man, in 1897, and with all of the numerous permutations on that theme, there is still so much power left in that tale. Of course, it helps when a talented screenwriter and director is there to inject not just topical elements into the well-known story, but also explore the truly frightening aspects of the situation which has rarely been explored previously.

Leigh Whannell’s THE INVISIBLE MAN takes a lot of current conversations happening in our society now and marries them to a vividly tense and creepy atmosphere to reveal how a simple change in perspective can unearth a stockpile of new possibilities, emotional urgency, and thrilling filmmaking.

Cecilia (Elizabeth Moss) manages to escape the house turned prison of her lover, Adrian (Oliver Jackson-Cohen)—a controlling abuser whose horrific acts are excused thanks to his “brilliance” and billions of dollars he makes in the tech industry. Two months later, after her sister Emily (Harriet Dyer) has located Cecilia with cop friend James (Aldis Hodge) and his daughter, Sydney (Storm Reid), Cecilia is informed that Adrian is dead. Meeting with Adrian’s lawyer (and brother), Tom (Michael Dorman), Cecilia and Emily learn that Adrian killed himself and left Cecilia a sizable trust from which she will receive payments every month, barring any breach like being charged with a crime or being ruled mentally unfit.

Just as it appears that she is free from Adrian’s grasp, when something good will come of this terrible situation, Cecilia feels herself watched and stalked by some presence. She believes Adrian is the one doing this to her, but no one else can see it or trust her—isolating her again in a world of paranoia and fear. 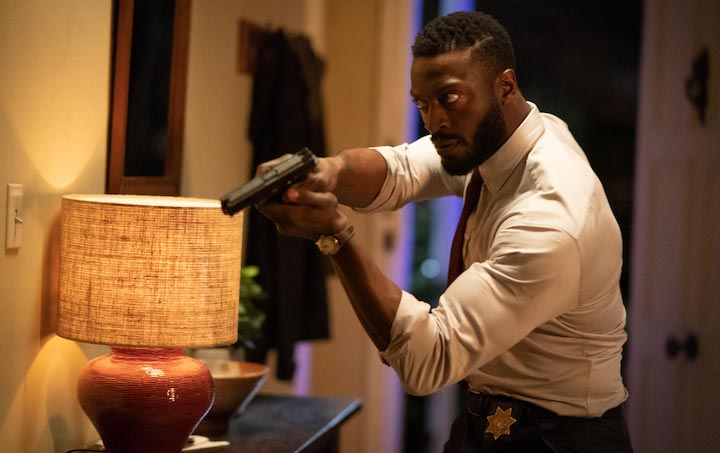 This week, Daily Grindhouse has been covering a bunch of different “invisible people” titles—and even with all of those produced over about 90 years, there really hasn’t been a film that approaches the invisible enemy like 2020’s THE INVISIBLE MAN. Usually the movie follows the invisible person, and there’s a type of voyeuristic glee in getting away with something, or being free from society’s constraints. By adding the abusive gaslighting aspect to Adrian’s character, it appropriately colors the events as deeply traumatic and sinister.

But Whannell doesn’t just utilize characterization to change this feeling towards a well-worn trope—Director Of Photography Stefan Duscio (SWEETHEART) has his camera move less like the invisible intruder and more like where Cecilia thinks the invisible intruder may be. It’s a subtle difference, but instead of merely watching a transparent person knock over a chair or steadily approach another character, tension arises from the fact that Cecilia and others truly don’t know where this attacker is in the scene.

And so they (and the audience) will peer for minutes down a hallway, or the camera will be positioned in an obscured corner—but that isn’t necessarily where the Invisible Man is lurking (often times, it’s revealed that is not the case). This choice in THE INVISIBLE MAN creates a lot of tension that isn’t usually resolved by a sting or jumpscare, but just lingering dread that something is out there—or rather, something is in here—and people will never see it coming when it strikes. 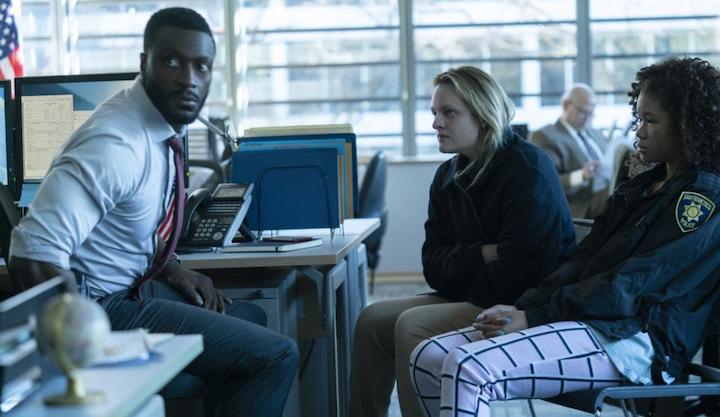 The acting is great across the board with Moss showcasing a scarred lifetime without needing to get into specifics or awkward monologues in THE INVISIBLE MAN. Adrian’s traumatizing acts linger well past her “liberation,” and it is impossible to convey to others how she feels—no matter how well-intentioned or caring they are. Cecilia isn’t just a broken person, though, spending the entirety of the film begging for people to believe her—she is also a smart, strong, and fierce woman that seems to be part of a real, whole character caught in this surreal experience.

Hodges is incredibly charming as the well-meaning Samaritan who is weighing being a good person to Cecilia against protecting his daughter. Dorman is also perfectly weaselly as a man devoted to a brother he also despised, revealing differences between him and Adrian and a lot of pathetic similarities.

The score of THE INVISIBLE MAN, by Benjamin Wallfisch (IT, A CURE FOR WELLNESS, SHAZAM!), is a great mix of the staccato strings of late ‘50s studio murder mysteries that evokes the black and white Universal Horror days, but also has a lot of deep percussion most people associate with Wallfisch’s BLADE RUNNER 2049 collaborator, Hans Zimmer.

One element that could have been improved in THE INVISIBLE MAN was sound design (and it’s possible this is very well done, just not at this particular screening); it would have been nice to take full advantage of a stereo surround system and used sounds coming from multiple locations to truly disorient audiences and add to that tense paranoia. Of course, that could also have been rendered null on home video—but it would have deepened the experience and added yet another creepy layer to THE INVISIBLE MAN.

With UPGRADE and now THE INVISIBLE MAN, Whannell has shown he’s an incredibly inventive horror/sci-fi storyteller that is able to find fresh takes on old stories and to make them more immediate for current audiences. It’s not just that Whannell and his crew move the camera in interesting ways, for haunting tension or heated action or whatever the mood calls for, but the scripts he writes make the characters incredibly human and identifiable without having to wink about how crazy the situation is or use any metatextual humor to deflate the situation. In Whannell’s worlds, yes these things are nuts, but they are happening and it’s a growing concern for the protagonist to figure out why. 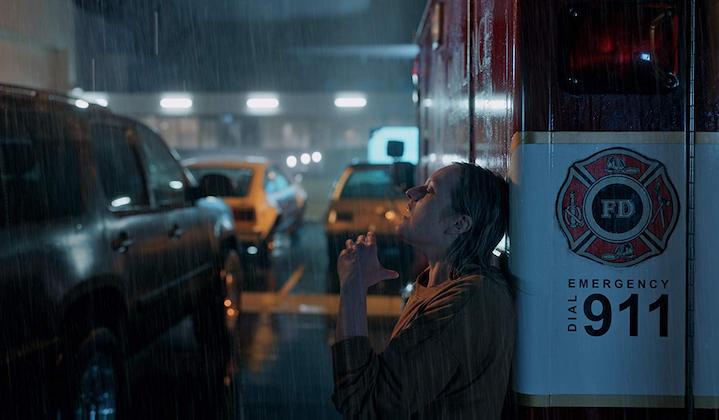 THE INVISIBLE MAN is a great second half of a one-two punch with UPGRADE, albeit with different tone and approaches. Whannell has crafted a film that ties into the necessary (and still current) discussions about female autonomy, male domination, technological overreach, and ability for upper classes to remain beyond the reach of repercussions. The fact that THE INVISIBLE MAN manages to combine all of these weighty topics into a movie that is also very tense, occasionally funny, and has great action sequences is a cinematic marvel that has to be seen to be believed. 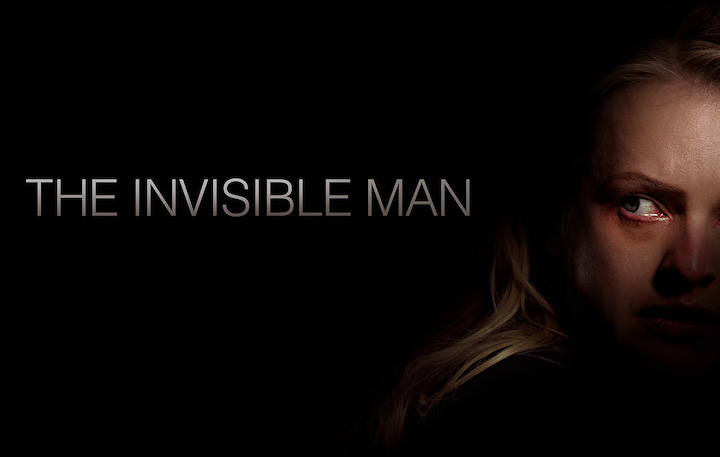