“I understand you’ve got to get

them in the theater.

You got to keep the seats full… 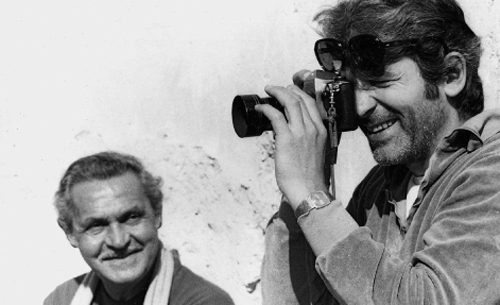 Metzger always wanted to make movies. “I got a free pass as a child, a teenager, to go to as many movies as I wanted to,” he recalls, “because I developed hay fever, and in that era, the only air conditioning was in theaters. So I’d go to a double feature in the afternoon, a double feature at night. I was totally seduced by this magical world.”

When Metzger started out in the business at age 23, the only work he could find in his native New York was as a film editor. He did post-production work on training and propaganda films for the Motion Picture Unit during his stint in the Air Force. In 1961, Metzger and a filmmaking friend, Bill Kyriakis, scraped together the funds to make their first picture, DARK ODYSSEY; the story of clashes between Greek and American cultures. It was a flop.

He went back to editing, working for foreign distributor Janus Films, cutting trailers for pictures by Ingmar Bergman, Francois Truffaut, Antonioni. “I’d like to think some of that osmotically got into my brain through my fingers,” he says of that period.

But the European importers weren’t just bringing in high art. “They also had a commercial sense,” he explains, “and they had some French films that were dramatic stories, lost girls, whatever, but they would have in their stories, a glimpse of a bare breast… and they made a lot of money.” Through Janus, Metzger found out about a slightly risqué French film called MADEMOISELLE STRIP-TEASE that was available for distribution. He made a deal with a film lab, to which he still owed money for his directorial debut. He acquired the picture, retitled it THE NUDE SET, retitled it again when newspapers refused to run ads for it under that title, and put it into theaters under the auspices of his new company, Audobon Films. And with that, he was a distributor. 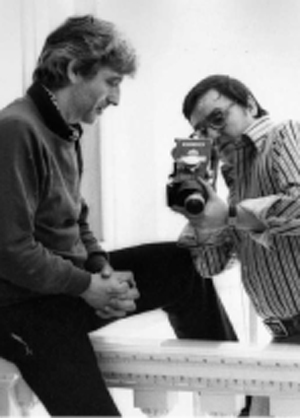 But Metzger wanted to direct. He got a few opportunities to shoot inserts (new footage and wrap-around stories for the American releases of Audobon’s foreign films), but this only whetted his appetite. “When the acquisitions were doing well, I told them, let’s do our own,” he says.

The film he made, 1965’s THE DIRTY GIRLS, benefited from the contacts he’d made as a distributor; he shot part of it in France, part in Germany, and photographed it in Cinemascope. “So we had an exploitation film, with very attractive people, in ‘Scope,” he says. “And you can do an interview for ten hours, but you could also reduce it to one word: timing.

“It was able to break through and play commercial theaters, not peep show theaters. And why? Because I was genius?” He breaks into a wide smile. “Of course. But I think the real reason, the reason for anything like this, is we came at exactly the right time.”

Over the next nine years, Metzger worked steadily, writing and directing features, distributing them himself through Audobon. There were plenty of other adult-geared films on the market—exploitation movies and the so-called “nudie cuties.” But Metzger’s movies were different. They were, for lack of a better word, classy. The nudity was copious, sure, but they were splendidly photographed, often on exotic, European sets, and the stories were well-told. This was by design; Metzger frequently drew upon classic source material like CARMEN and CAMILLE, which he would then give an adult spin.

“When I say that I really don’t understand my motives—here, I understood my motives,” he says. “I came to film not from pre-production as a writer, but from post-production. And I was always scared of what makes a story, what is that spine, what are the obligations, what do you really have to do?” So he found his stories in the classics.

His films also took advantage of the new, post-Sexual Revolution freedom in terms of on-screen sexuality, a frankness that was seen even in studio titles like MIDNIGHT COWBOY, BEYOND THE VALLEY OF THE DOLLS, LAST TANGO IN PARIS, and DON’T LOOK NOW. In his smaller films, Metzger pushed the envelope even further. “I was taking a subject and seeing how close to unacceptable I could be, and still be acceptable,” he says. “And the reason, the motive for that, was the fact that if you could be close to unacceptable, it means a lot of people would come and see your movie.”

“We acquired an off-Broadway play called SCORE,” he recalls. “It was a charming story, I really thought it was. We really tried everything to make this thing really first-class. And I even started to get good reviews. So we released the movie, we opened in two theaters, one on the East Side, one on the West Side. And nobody showed up. Nobody showed up because across the street some guy took a weekend and went out to Jersey, and in the basement they made a film of explicit sex, and everybody was going.

“So we said, ‘Well, we can’t do that, because… we don’t do that sort of thing.’ We bought two Italian films for distribution, nobody showed up. So we sat around, we looked at each other, and said… maybe we should do this. So I said, okay. We had access to a house on the Upper East Side, and I said, ‘Let’s… let’s do this, and um, we’ll see.’”

Even now, he sounds tentative about the decision. “We changed our names, because we were afraid we were gonna get arrested, and we shot this thing.”

“This thing” was 1974’s THE PRIVATE ADTERNOON OF PAMELA MANN. It had the graphic, harcore sex that was expected, but it also had artistry and a sense of humor—and it was a smash. Metzger again attributes the success to timing, that there hadn’t been an X-rated movie “by somebody who had made thirteen features. Even if they were lousy features, that’s nothing to do with it! I’m not saying my background was great, or good. But just to have that much experience… just to make thirteen lousy pictures, and then you make the fourteenth, it’s gonna look different.”

For Metzger, that switch from softcore to hardcore was a snap, because he didn’t think of it as a switch at all. He was just making movies, with a touch of extra spice, but making them the way he always had. “I didn’t know how to do anything else,” he says, sincerely. “If I had been awakened in the middle of the night and someone said, ‘Make a loop!’ You know, the pizza boy comes, or the boy’s cleaning the pool and the wife is unsatisfied—I wouldn’t know what to do. And I didn’t say this snobbishly! All I knew how to do was what I did… and that was all I did.

“You look for the good sets, and instead of the fade out, or the judicious cutting, you just shoot it.” 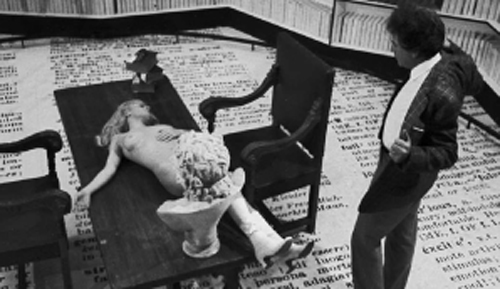 In the two years that followed Pamela Mann, Metzger (as “Henry Paris”) directed four more hardcore films, including the 1976 gem THE OPENING OF MISTY BEETHOVEN, a clever adult riff on PYGMALION. Shot on 35mm and Super 16, in five cities across three countries, the complicated shoot culminated in a protracted post-production process (“Twelve weeks, seven days a week, day and night, very, very intense”) in which he seldom watched the picture from beginning to end. Metzger didn’t know what he had until he ran it for a friend late in the process. “And he starts laughing,” Metzger recalls. “He laughs some more. And I suddenly saw the jokes together, because when you deal with something separate, it’s funny but it has no relation to the other. Anyway, the lights went on, and he turned to me and said something very funny I never forgot. He said, ‘Radley, you made the first Jewish porno!’”

And then he was out. “The genre changed,” he says, simply. “It became more of a factory—in fact that’s what it is today… I see this stuff sell for five and ten dollars, and I think, here’s a store, and it’s ten dollars, what flows back to the guy that made it? How much money’s in there, split up? I don’t get it, the cost of what DVDs are just to make… I really don’t know the economics of it.”

Metzger directed two more mainstream films before retiring from filmmaking in 1984. Though he insists that “filmmaking was never fun, never,” over the last couple of years, the urge has returned; he’s had a couple of close calls, funding possibilities for new features, but none of those projects have come to fruition. (Our loss.) He spends his time these days handling his library and occasionally being honored by cineastes, as at last year’s Oldenburg International Film Festival in Germany.

“I’m glad you asked this,” he says, rubbing his hands together. “I prepared for it. I said to myself when that picture came out, people are gonna ask me about it, so I’m not gonna go and see it. And I haven’t.

He grins from ear to ear. “Now if you could correct that…”

“Radley Metzger’s Erotica Psychadelica,” a box set of three of Metzger’s films, is out this week on Blu-ray from Cult Epics.