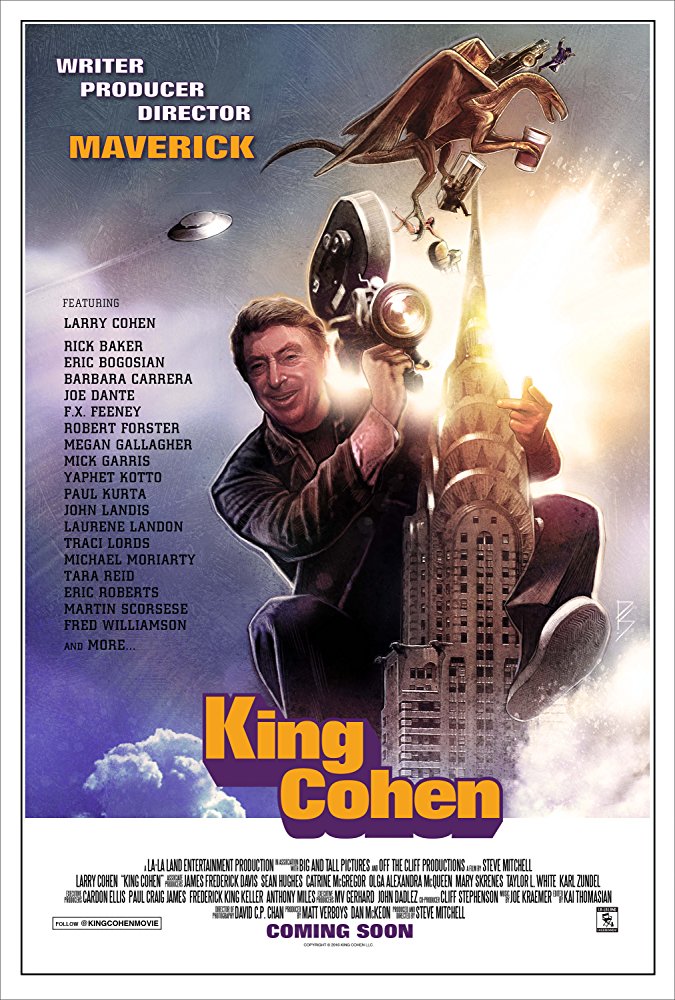 Larry Cohen is an absolute legend of genre and exploitation cinema, a writer/director/producer whose career has encompassed blaxploitation hits like BLACK CAESAR, horror classics including IT’S ALIVE, and the better part of a hundred writing credits stretching back to 1950s television. His films as director have been hugely influential, and KING COHEN offers a comprehensive look at the man and his work from those early scripts to present day. Cohen himself is a fabulous raconteur, quick-witted and outspoken, so director Steve Mitchell wisely allows the man quite a bit of screen time to talk. He also hilariously juxtaposes Cohen’s stories with interviews with some equally entertaining subjects including Fred Williamson, Michael Moriarty, JJ Abrams, John Landis, Joe Dante, and dozens of others. Anyone who’s already a Cohen fan will be delighted by the chance to spend so much time with the man, and anyone who’s interested in a solid overview of his staggeringly impressive career will find KING COHEN essential viewing. Hopefully the home video version will include several more hours of Cohen talking, which would be just about the only thing that could improve on this portrait of a filmmaker with a wildly imaginative and truly original voice.

Things at home are not great for high school Jeffrey Dahmer (Ross Lynch). His mother Joyce (Anne Heche) is still unstable after a stint in a mental hospital, and his father Lionel (Dallas Roberts) is getting worried about the amount of time Jeff spends on his hobby of dissolving dead animals for their bones. School isn’t much better, but one day Jeff impulsively starts yelling and acting like he’s having a seizure. The stunt attracts the attention of budding artist Derf (Alex Wolff) and his friends, who start a Jeff Dahmer fan club and welcome Jeff into their circle thinking he’s just a genius prankster. But as his home life gets worse, Jeff starts drinking and withdrawing from even the few tentative friendships he’s made, and his obsession with a local doctor (Vincent Kartheiser) begins to take a dark turn. MY FRIEND DAHMER, based on the graphic novel of the same name by Derf Backderf, is certainly chilling and not a little heartbreaking. What’s surprising is how it manages to be both sensitive and surprisingly funny, with a brilliant lead performance by Ross Lynch. Anne Heche is genuinely unsettling as Joyce, giving every scene she’s in an unpredictable energy. The fact that it was partially shot in Dahmer’s real-life teenage home gives the film a real feeling of Midwestern period authenticity without feeling ghoulish. MY FRIEND DAHMER is sad, scary, and a thoughtful, unique look at a real-life character who remains a point of morbid pop culture fascination decades after his death. 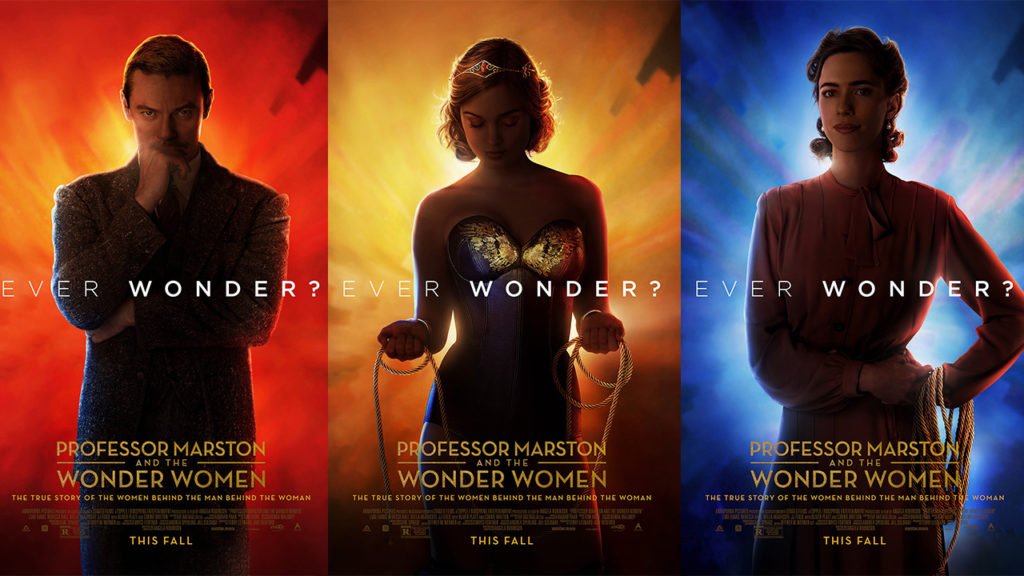 Dr. William Moulton Marston (Luke Evans), creator of the comic book superheroine Wonder Woman, finds himself on the end of intense questioning by Josette Frank (Connie Britton) of the Child Study Association of America. Frank is concerned about the messages Wonder Woman sends to the youth of America, and as she interrogates Marston he reflects on the circumstances that led him to this conflict. While working as a professor of psychology, Marston and his wife Elizabeth (Rebecca Hall) took on young Olive Byrne (Bella Heathcote), niece of feminist pioneer Margaret Sanger, as a teachers’ aid. But the relationship between the three grew into something much different, and inspired by the powerful women in his life and his own interest in relationship dynamics–particularly the concepts of domination and submission–Marston created Wonder Woman to help spur a feminist movement by instilling his ideals in young readers’ minds through the medium of comics. PROFESSOR MARSTON AND THE WONDER WOMEN uses Marston and the controversy over Wonder Woman as a structure, but its focus is ultimately on the relationship between Elizabeth and Olive. It is in some ways (perhaps unavoidably) similar to other biopics, but its subjects were fascinating people with a unique relationship. The fact that the film is unapologetically sexy also sets it apart from other films of its ilk, although its leads bear absolutely no physical resemblance whatsoever to the people on whom they are based. No doubt it would have been difficult to get funds to produce a version of this story with less distractingly beautiful people. But perhaps that’s just as well considering Wonder Woman was Marston’s ideal of a perfect woman. The casting of glamorous actors gives the film a slight edge of subdued fantasy, which suits the material well. 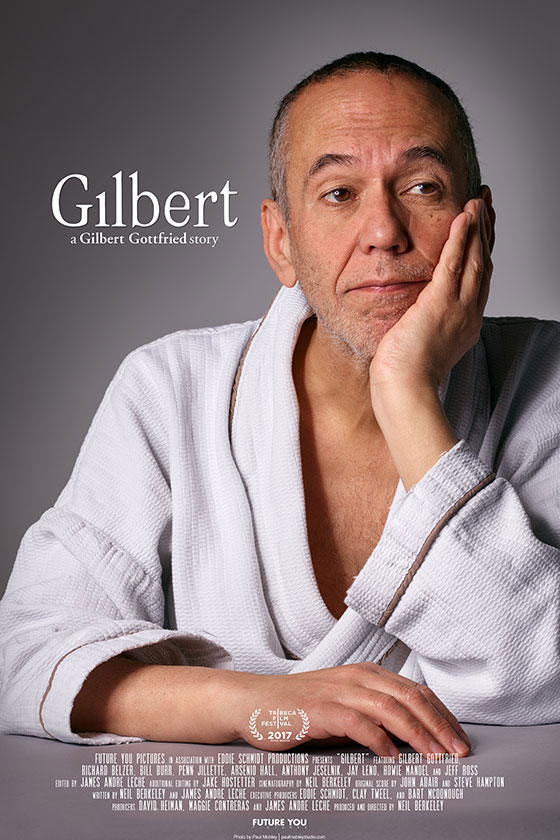 Gilbert Gottfried has been a mainstay in American popular culture for decades, but any information about his personal life has been scarce. So it comes as something of a shock to watch Neil Berkeley’s extremely personal, touching, and uproariously funny documentary unearth Gottfried’s off-stage life in such microscopic detail. Gottfried explains that he kept his personal life out of the spotlight purposely, so much so that fellow comedian Artie Lange admits he was totally floored when he discovered Gottfried was happily married with two children. Director Berkeley presents a picture of a life that is deeply unglamorous: Gottfried has dinner with his family, travels to performances via Megabus, regularly visits his sister Arlene, and has amassed a hoard of freebies from hotels and airplanes. His wife Dara displays this for the camera and explains he has soaps and shampoos dating back to Pan Am Airlines. This is just one of countless small details that contribute to the full picture of Gottfried, built from these peeks into his personal life and interviews with some of the innumerable comedians he has worked with and inspired over the years. Dave Attell, Joy Behar, Jay Leno, Jim Gaffigan, Penn Jillette, and Judy Gold are among the parade of friends and admirers who offer their perspective on Gottfried. It’s a profane, personal, incredibly funny, and unexpectedly heartwarming film. 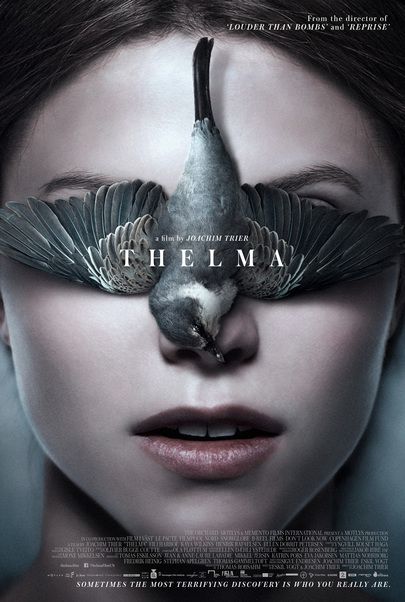 Thelma (Ellie Harboe) has grown up sheltered, raised in a strict Christian home by her parents Trond (Henrik Rafaelsen) and Unni (Ellen Dorrit Petersen). When she strikes out on her own to University, she’s simultaneously terrified and thrilled, feelings that intensify when she is befriended by her beautiful and outgoing classmate Anja (Kaya Wilkins). But social adjustment is just one of the major problems facing Thelma: Inexplicable things occur around her, and she begins to suffer from full-body seizures. When medical testing fails to answer any of her questions, Thelma digs into her past and that of her family to uncover dark truths. Writer/director Joachim Trier is best known for his acclaimed feature OSLO, AUGUST 31ST, but his follow-up LOUDER THAN BOMBS (an English language film starring Jesse Eisenberg and Isabelle Huppert) divided critics during its festival run and received only a limited theatrical run in the States. THELMA is a departure in that it explicitly deals with concepts grounded in genre tropes, but its chilly, precise cinematography by Jakob Ihre (who also shot Trier’s last two features) and intense focus on character and relationships carry over from his previous work. Ellie Harboe is excellent in the title role, which requires a difficult range of emotions. In some ways, THELMA feels like an icy modern version of CARRIE, and it also plays as an interesting companion piece to Kornél Mundruczó’s JUPITER’S MOON (also playing this year’s Fantastic Fest). 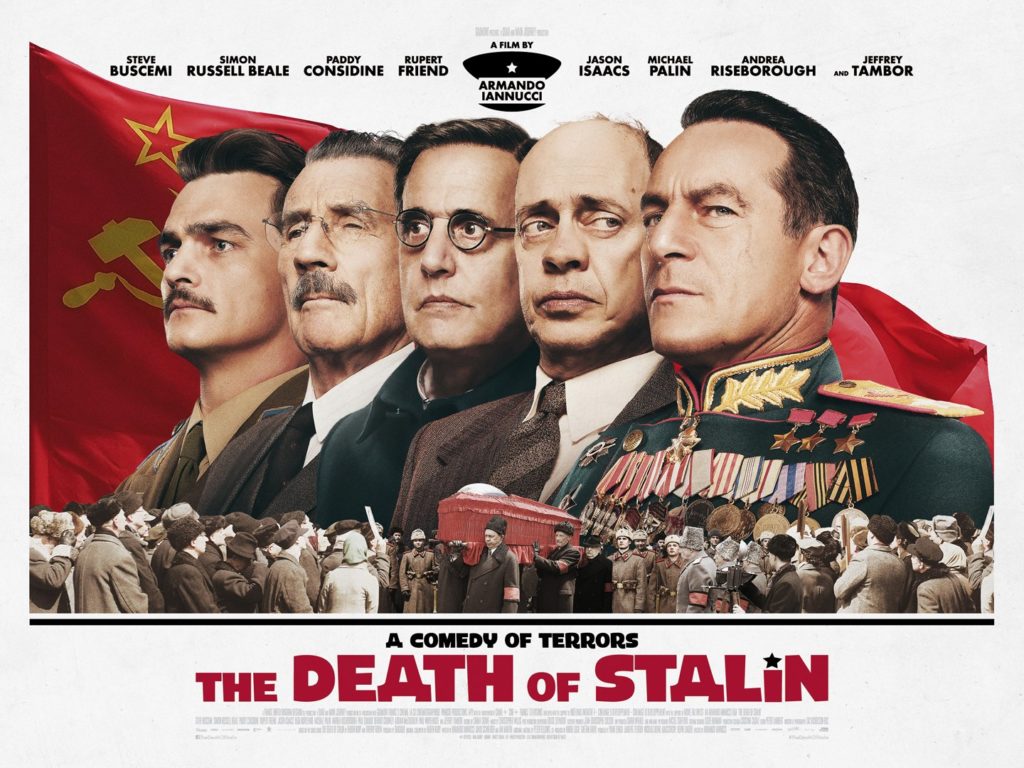 Joseph Stalin (Adrian McLoughlin) suddenly falls ill and dies, leaving his cabinet scrambling. Hapless Georgy Malenkov (Jeffrey Tambor) finds himself stuck in the middle of a vicious struggle between Nikita Khrushchev (Steve Buscemi) and Lavrenty Beria (Simon Russell Beale) to fill the power vacuum left by Stalin’s abrupt demise. Complicating matters further is the arrival of Stalin’s grieving daughter Svetlana (Andrea Riseborough) and drunken jackass son Vasily (Rupert Friend). Hardly anybody can even agree on what to do for the funeral, so what’s going to happen once the real business of government has to resume? THE DEATH OF STALIN is based in historical fact (and based on a comic book series of the same name), but rather than a dry period piece, director Armando Iannucci presents the events as a fast-paced screwball comedy of errors. As dark as it necessarily gets to tell the story, the film is flat-out hilarious. Everyone in the phenomenal cast is at the top of their game, and the screenplay gives them all some incredible dialogue to deliver. It’s smart, foul-mouthed, and utterly unexpected.