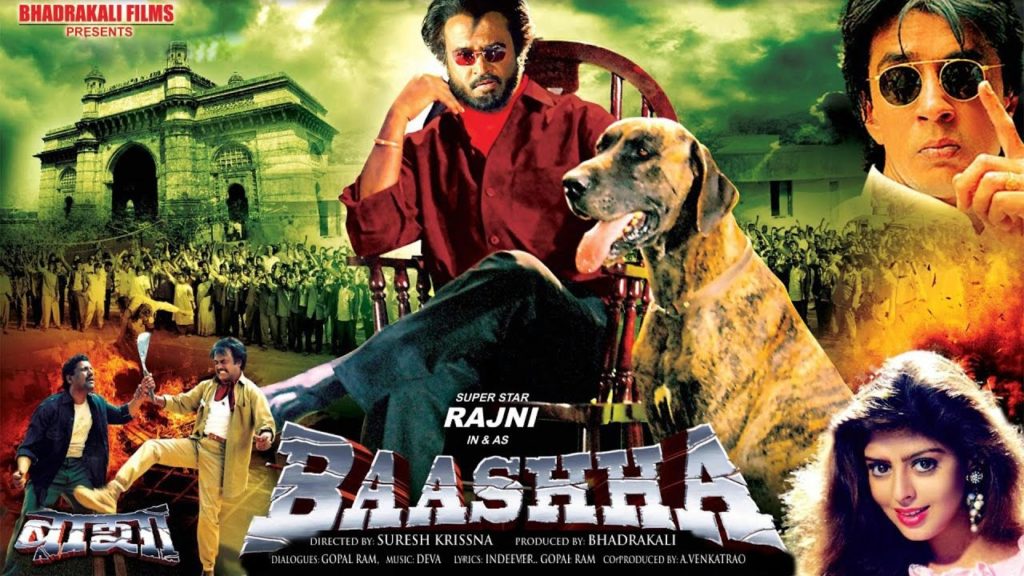 Humble cab driver Manickam (Tamil megastar Rajinikanth) works hard to support his family, but his neighborhood has recently become the target of organized crime. As the pressure on local business owners mounts, Manickam and his friends try to keep their heads down. But eventually the thugs push too far when they target Manickam’s family and his mysterious past is brought to light. Manickam is in fact the legendary and much-feared criminal Baashha, who has gone into hiding to protect his loved ones and keep the promise he made to his father. Once word is out, it’s only a matter of time before Baashha and his friends who have also gone into hiding with him clash with the criminals threatening their peaceful new lives. BAASHHA was this year’s only repertory Indian film screening at Fantastic Fest after last year’s excellent themed sidebar. Lead Rajinikanth is one of the biggest names in Indian cinema, and his turn in this 1995 film helped cement his massive popularity. BAASHHA is a hugely entertaining crime drama packed with catchy songs and fun dance numbers in between its romantic subplot and superhuman ass-kicking. Huge thanks once again to Fantastic Fest for giving U.S. fans of Indian cinema a chance to see this on the big screen! 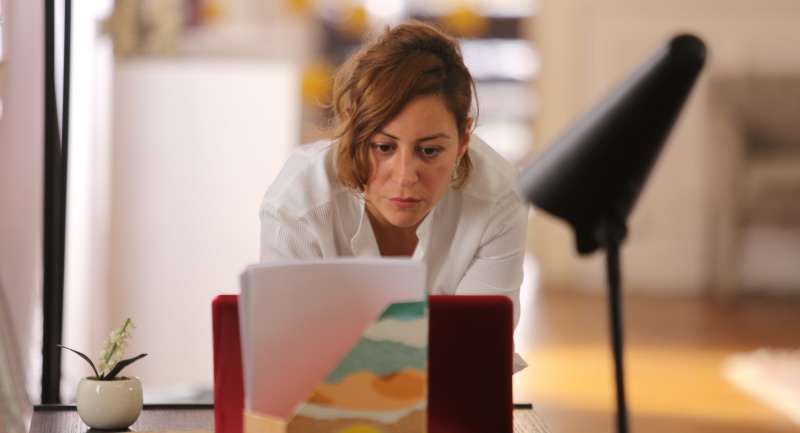 After decades of service to the bank where he is a beloved employee, Samir (Maged El Kedwany) is let go. Adrift without a job to define him, Samir is excited but wary when he receives a mysterious package with a cell phone inside. He receives communications that indicate he is being offered a position in an ancient, shadowy organization that monitors the lives of all the people in Egypt. How they did this even a few decades ago is unclear, but now they’ve got top of the line tech that gives them access to everyone’s phones, computers, cameras, etc. etc. etc. Samir is assigned to watch a young woman, and given strict instructions to never contact her. It’s not long before observation and reporting is not satisfying for Samir, and he takes a chance that puts both of them in danger. THE ORIGINALS was part of this year’s Fantastic Fest themed programming, a modern film from Egypt. Its first half is initially charmingly and then somewhat frustratingly meandering. Once it turns into a kind of low-key techno-thriller, the film hints at several interesting directions and concepts that it may explore and (once again) frustratingly doesn’t really do much of anything with them. It looks great and the cast is fine, but there’s just not much to chew on here. 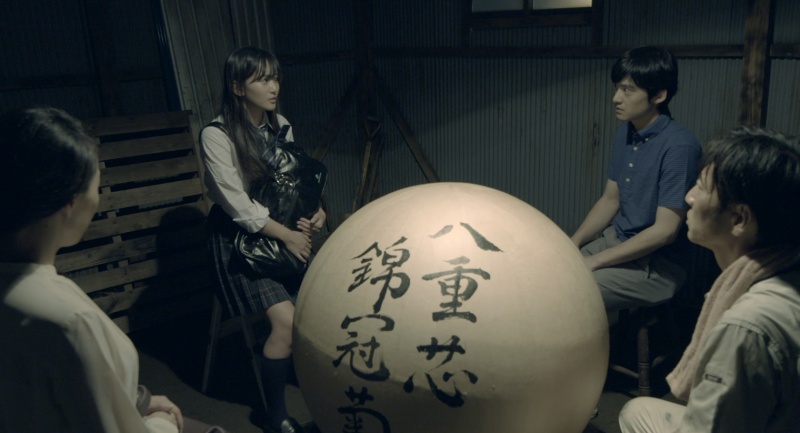 The four members of a small online message board called the “Life Club” gather in a shed one afternoon to commit suicide by giant firework. They’ve been planning this for a while, each one traumatized by life in a way they believe is beyond recovery. But when the firework explodes, the whole sequence of events leading from the first entry to the shack to the explosion starts all over again. And then once again after the explosion happens a second time. Why are the members of the “Life Club” doomed to die over and over again? Can they find a way to break the cycle, or are they trapped forever? 3FT BALL & SOULS takes place almost entirely in that shed, with a small core cast of four leads who make up the majority of the speaking parts in the film. As such, it feels very stagey, and not entirely in a good way. It mostly feels like a second-tier ’60s TWILIGHT ZONE plot stretched out to feature length.

Each character’s story is delivered through flashbacks, and the acting is all over the place. However, that may also be partially due to the writing, which is straightforward to a fault. The characters are endearing in the end, but the film’s “time loop” gimmick doesn’t feel necessary once what is happening finally becomes clear. At heart this is a small drama about people who find support and understanding in an unexpected place. With a bit more focus on that rather than the genre-baiting gimmick, this could have mined more effective tension from the relationships between the characters. As it stands, 3FT BALL & SOULS is not bad, but it’s also not terribly memorable. 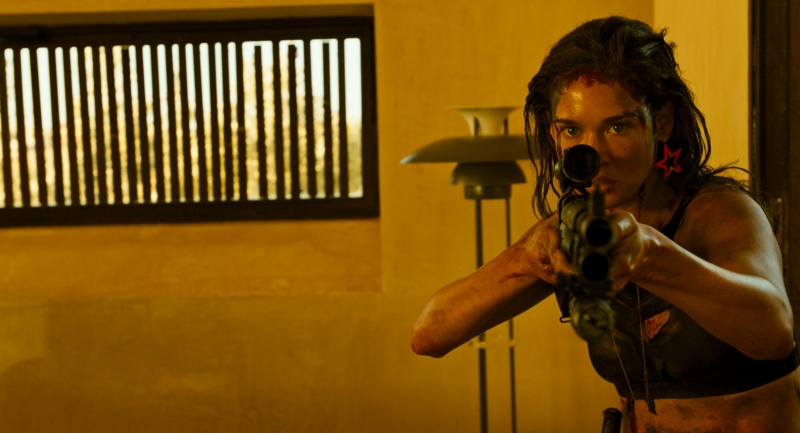 Richard (Kevin Janssens) has planned a weekend hunting party with a couple of friends, but he gets there a day early with his young mistress Jen (Matilda Anna Lutz) to get in some quality alone time. Unfortunately his plan is derailed when Stan (Vincent Colombe) and Dimitri (Guillaume Bouchede) show up just a few hours after Richard and Jen anyway. The four party that night out under the stars, and Stan takes Jen’s casual flirting far too seriously. Stan rapes Jen the following morning while Richard is out running an errand, and when Richard returns he knows immediately the situation could ruin all their lives. To cover up the crime, they push Jen off a cliff and leave her for dead. But she has much more fight in her than they could imagine, and soon the boys get their hunting weekend after all–just not quite the one they expected. REVENGE is as straightforward as its prosaic title: This is a classically-styled “rape revenge” movie that would have fit right in on any drive-in screen in the 1970s on a double bill with I SPIT ON YOUR GRAVE or THRILLER. The fact that it’s from a female writer/director is unusual, though, as is the sheer amount of blood on display here. Debut feature filmmaker Coralie Fargeat may have been inspired by some of the horror films coming out of her home country of France for the last two decades, specifically the “New French Extremity” spearheaded by Alexandre Aja’s HIGH TENSION and culminating in Pascal Laugier’s MARTYRS. REVENGE is a beautifully shot film with gut-wrenching tension and a spectacular score by Rob (who also provided the score for Franck Khalfoun’s MANIAC remake) to accompany Lutz’s intense and gruelling lead performance. At its core this is still a “rape revenge” movie, and anyone who is not a fan of the subgenre is unlikely to have their mind changed by this film. Anyone who can stomach it, though, is advised to seek out this film as soon as possible. This is an excellent debut feature for Fargeat and should by all rights be a star-making showcase for Lutz. Keep an eye out for whatever they’ve got in the works! 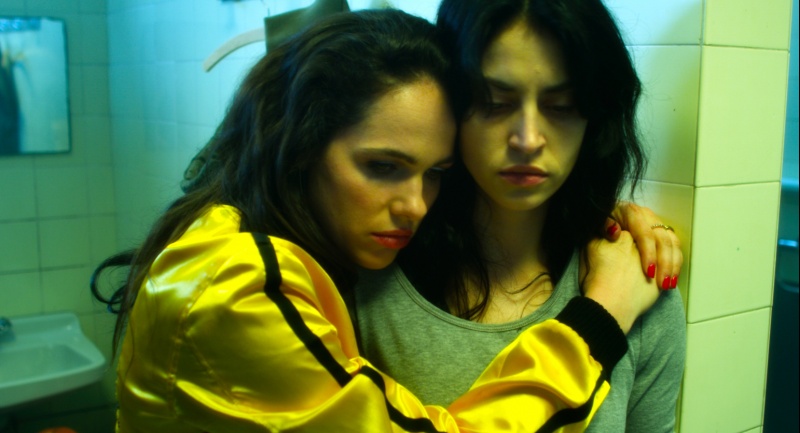 Turkish immigrant and cab driver Özge (Violetta Schurawlow) returns to her apartment after one particularly difficult evening to find her neighbor from across the way brutally murdered, her killer standing at the window staring Özge down. When the police show up, they’re not all that helpful. Jaded detective Christian Steiner (Tobias Moretti) can barely be bothered to interact with Özge, let alone sympathize with her worry that the killer might come back for her. Unfortunately for Özge, she’s burned a lot of bridges with friends and family; on the upside, she’s a ferocious kickboxer who knows how to channel her anger at the world into dangerous hand-to-hand combat. When the killer strikes again, Özge is forced to join forces with Steiner and it becomes clear they’re dealing with something much worse than they could imagine. In a lot of ways, COLD HELL is a familiar serial killer procedural/action hybrid. What really sets it apart is the world Özge and her family inhabit as they try to make their lives in Vienna. Somewhat more successfully than DARKLANDS, COLD HELL fleshes out their relationship with each other and their adopted home in quick but effective strokes. Also unusual is the fact that Özge is no damsel in distress–before the first fifteen minutes of the film are over, she’s beaten two men bloody with her bare hands (and knees, shins, and elbows). Director Stefan Ruzowitzky gives the film a polished look that’s gritty when it needs to be, and Violetta Schurawlow gives an impressive lead performance that requires both dramatic range and intense physicality. It stumbles a bit near the end when Özge’s relationship with Steiner takes a frustratingly predictable turn, but overall COLD HELL is a unique and solidly-built thriller that stands out from the crowd.