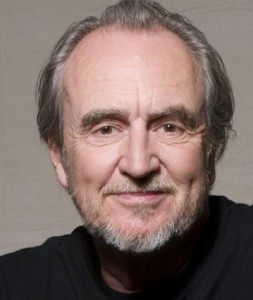 To run a genre-film website means an obligation to get immediately on top of news that matters to an audience. The death of Wes Craven is massive news, a landscape-altering loss. I need to write about it. I want to write about it. But do I have to do it now? I’m hurting. All I really feel like doing right now is to sit and sulk — assuming, whenever I get my fortitude back, that my next instinctual move would be to watch a movie. One of his, obviously. When the person is missed, the movies are a consolation. 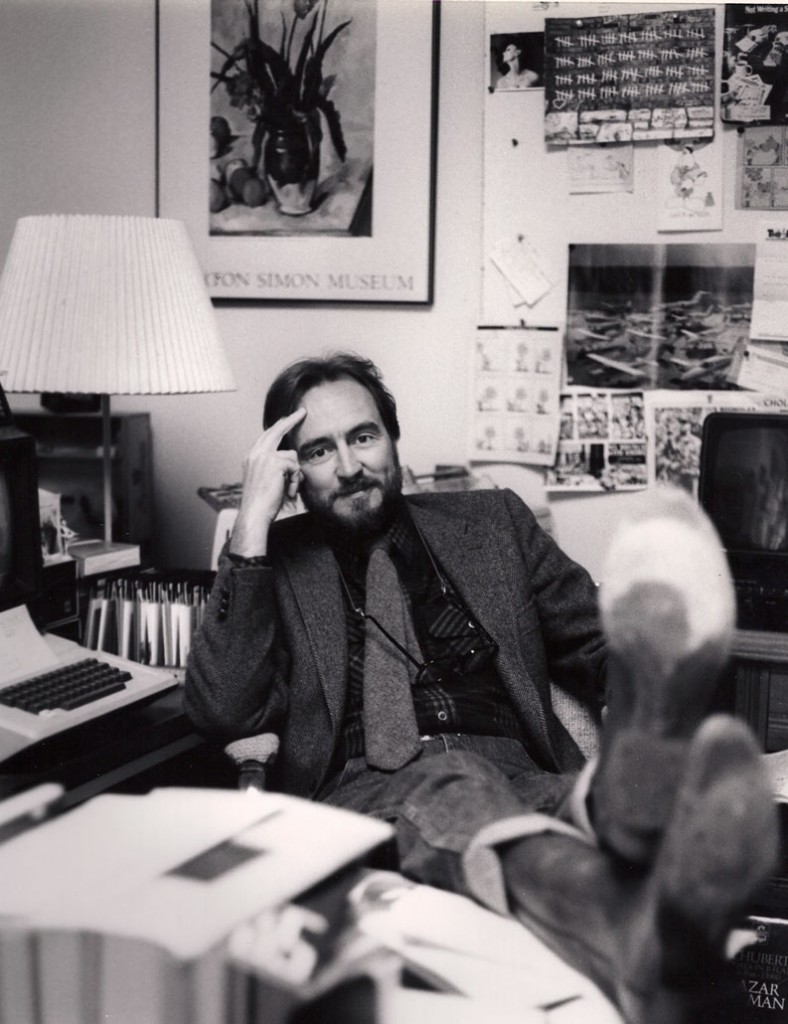 There’s a cruelty to the sudden loss of our most beloved horror luminaries. These guys are supposed to tell death what to do, not the other way around. This one is a particular shock, since most of us who knew and loved Wes Craven’s work didn’t know he was ailing from brain cancer. We knew he was 76 and we know full well no one lives forever, but we maybe expected we had more years, at least a couple more movies. But more than a shock, this one hurts. Most of us who knew and loved Wes Craven’s work knew of his reputation as a calm, generous, kindly person at heart. The loss belongs to his family and loved ones, of course, but it feels personal to us strangers who admire the man from the distance between the movie screen to the cheap seats all the same.

Though it isn’t the entire story, Wes Craven will forever be best known for his pioneering, invaluable horror films — in fact, his very name seemed like a synonym for the genre. The composition of the name “Wes Craven” could just have easily made for a tremendous name for a horror villain. Certainly, seeing that name on the poster or in the credits for any of his intense, vicious fantasias would have suggested a far different mental image than that of the man he presented in life: An academic, an adventurous filmmaker, a thoughtful and even philosophical innovator. Maybe no great American director has taken as many eccentric risks with subject matter as he has — sometimes they didn’t pay off, but when they did, icons were made. 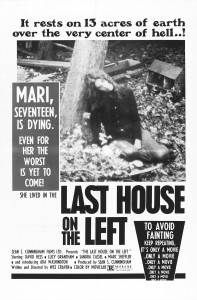 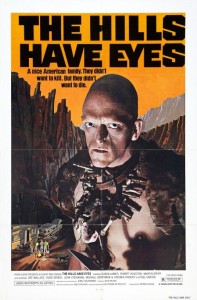 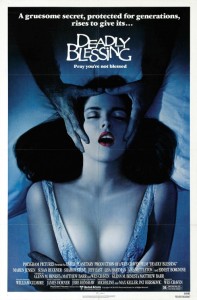 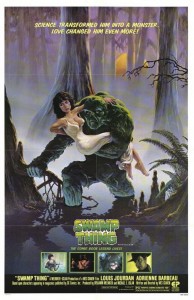 His first film was THE LAST HOUSE ON THE LEFT, a story of vengeance inspired by the Ingmar Bergman film THE VIRGIN SPRING. Craven’s version was more savage. To watch it is to feel unsafe. This is what the most effective horror movies do. His next film was the brutal travel-nightmare  THE HILLS HAVE EYES. Notice how even his titles were scary. Arguably Craven’s first iconic character emerged from that movie, a mutant cannibal named Pluto who was played by a genial actor with a rare genetic condition named Michael Berryman, beloved to this day by horror diehards. Michael Berryman returned to work with Craven on DEADLY BLESSING, a cult film about a killer cult led by Ernest Borgnine. SWAMP THING was based on a comic book and played like one. It certainly didn’t prepare anyone for what Craven was about to unleash upon the world. 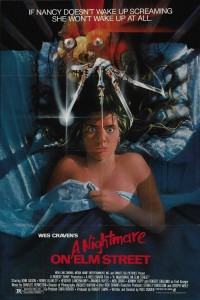 In 1984, A NIGHTMARE ON ELM STREET was released. If Wes Craven were the Orson Welles of horror, this would be his CITIZEN KANE, his magnum opus to be remembered above all his other work. The central idea of a killer who could get at you through your dreams is legitimate brilliance, perhaps the purest and most effective horror-movie concept ever devised. Fall asleep, and Freddy is gonna get you. So don’t fall asleep, whatever you do. Working with character actor Robert Englund, Craven utilized a variety of influences and personal experiences to create one of the most iconic horror villains of all time, the child killer Freddy Kruger, burned to death for his crimes by a mob of neighborhood parents and resolved after death to avenge himself upon them through their children. Freddy is a creature perfectly designed to terrify audiences, he’s an apex predator of fear. Of the many apocryphal stories about the making of ELM STREET, I like the anecdote about how Wes Craven chose Freddy’s instantly recognizable red-and-green sweater based upon how discordant the two colors are, the way red against green immediately creates a negative response in the human eye. This kind of thought process goes to show why Wes Craven is so uncommon and so important. Everyone thinks they can do what he did, but nobody else really has, have they? 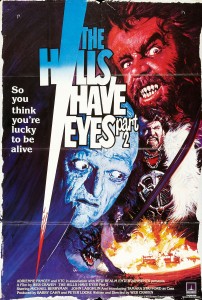 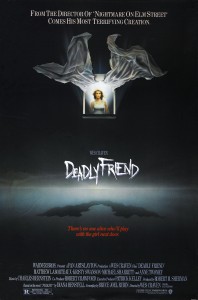 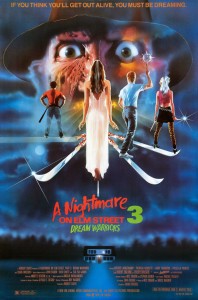 It’s interesting to note that Wes Craven’s next film after A NIGHTMARE ON ELM STREET wasn’t a sequel to A NIGHTMARE ON ELM STREET, but to THE HILLS HAVE EYES. It’s even more interesting that his next film after that was DEADLY FRIEND, a lovable but bizarre film that introduces a bright yellow robot and a beautiful young Kristy Swanson as horror villains and manages to make neither quite as scary as Freddy Kruger, to put it charitably. Craven co-scripted the third ELM STREET film, DREAM WARRIORS, but still looking to find new and original ways to scare people, he entered an intriguing phase of his career. 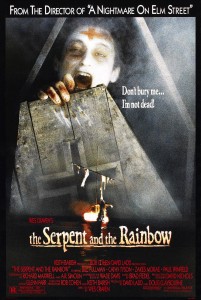 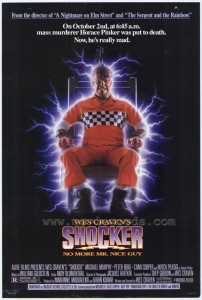 THE SERPENT AND THE RAINBOW was an intense and effective “based on a true story” story about Haitian voodoo practices. (Been a while since I’ve seen this one, but it’s actually one of the first Wes Craven movies I ever saw.) SHOCKER was an attempt to create a new iconic villain, though it produced something far odder than Freddy Kruger, a bad guy who decides in the film’s climactic scenes to travel through television in a cartoony sequence that is maybe more interesting in light of the fact that Wes Craven had been making TV movies for years in between features. (We haven’t covered those here since we’d never get done if we did.) 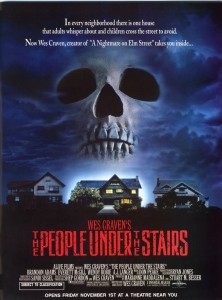 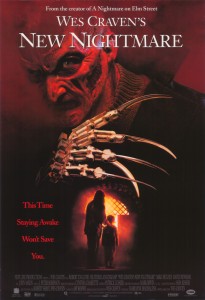 THE PEOPLE UNDER THE STAIRS is another one from this period worth revisiting, equal measures spooky and goofy. That’s not a criticism from this end. In fact, by honing the “spooky and goofy” tone, the director came to WES CRAVEN’S NEW NIGHTMARE, an outright meta-textual innovation in which Craven inserted himself, along with Robert Englund, Heather Langenkamp, John Saxon, and other principals from the original A NIGHTMARE ON ELM STREET as characters in a film having to contend with a ‘real-life’ Freddy Kruger. 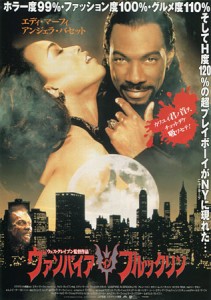 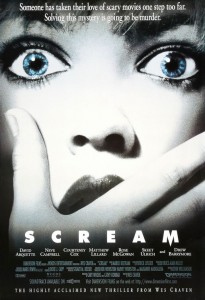 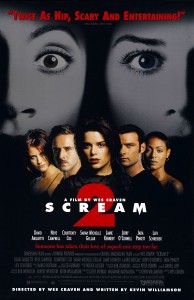 The little-discussed VAMPIRE IN BROOKLYN was a bit of a stretch for both Wes Craven and for star Eddie Murphy, and while I personally would like to look at it again, it’s nowhere near as important in the chronology of the horror genre as was Craven’s next film, SCREAM, in which Craven and writer Kevin Williamson took the arch, reference-heavy, smart-assed tenor of the times and distilled the 1990s into a slasher for the moment. Though the SCREAM series is a classic case of diminishing returns (although I still am a fan of the sequel), there’s no denying the impact of that first film. It was funny and surprising, and knowing. It was a shot in the arm for the horror genre at just the right time. It livened up the place. 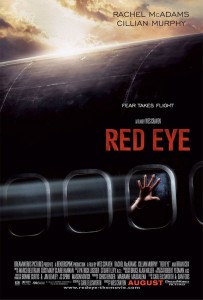 As far as the last decade or so went, RED EYE is a definite highlight, but if the 2000s and the 2010s suffers in comparison to the first three decades of Wes Craven’s filmmaking career, just notice how the man reinvigorated and defined horror across three separate decades. In the 1970s he was smart enough to merge the ruddy impact of then-current exploitation elements into his horror films, going farther than just about anyone for a fright. In the 1980s he took the slasher trend and melded it to the darkness we universally recognize from childhood nursery rhymes and ghost stories. In the 1990s he caught the zeitgeist and applied real filmmaking chops to a smart-alecky script, driving home the underlying callousness inherent in the jokey approach to serial murders that just about all of the subsequent imitators have missed. 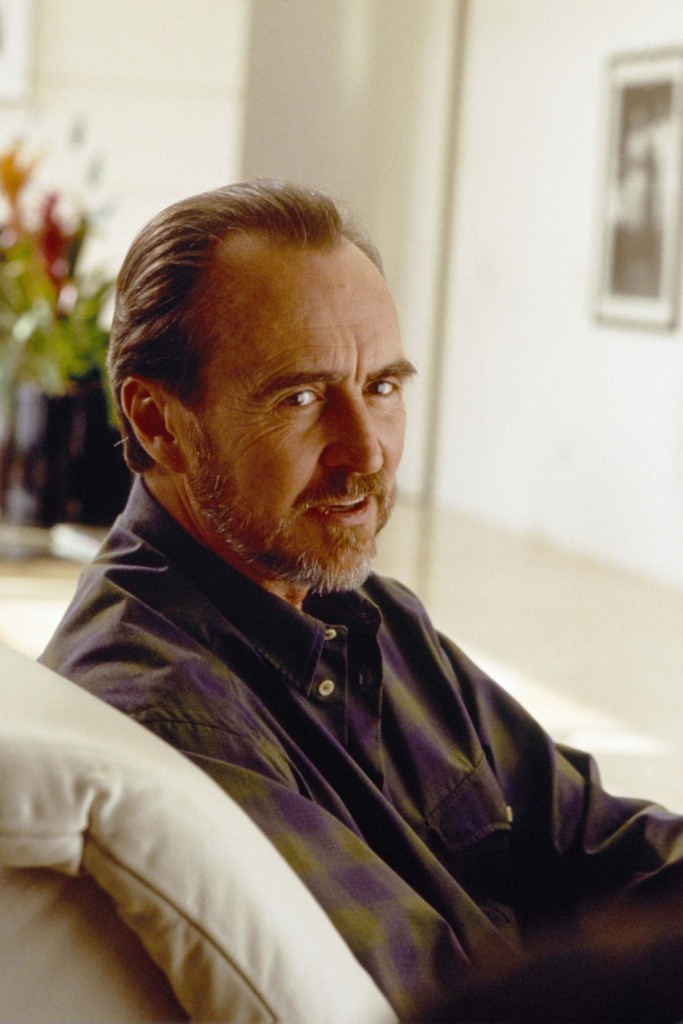 The joy of Wes Craven was the incongruity of him — that this literate, thoughtful man was at the top of a game otherwise populated by (speaking fondly here) gorehounds, maniacs, and reprobates. Whenever he’d pop up in a documentary about horror films, you could count on him for the sanest, slyest response. His presence legitimized a genre and a culture that, granted is awesome and shouldn’t need to have to be defended, but whenever it did need explaining, here was a guy who looked a tiny bit like Abraham Lincoln to have it covered. 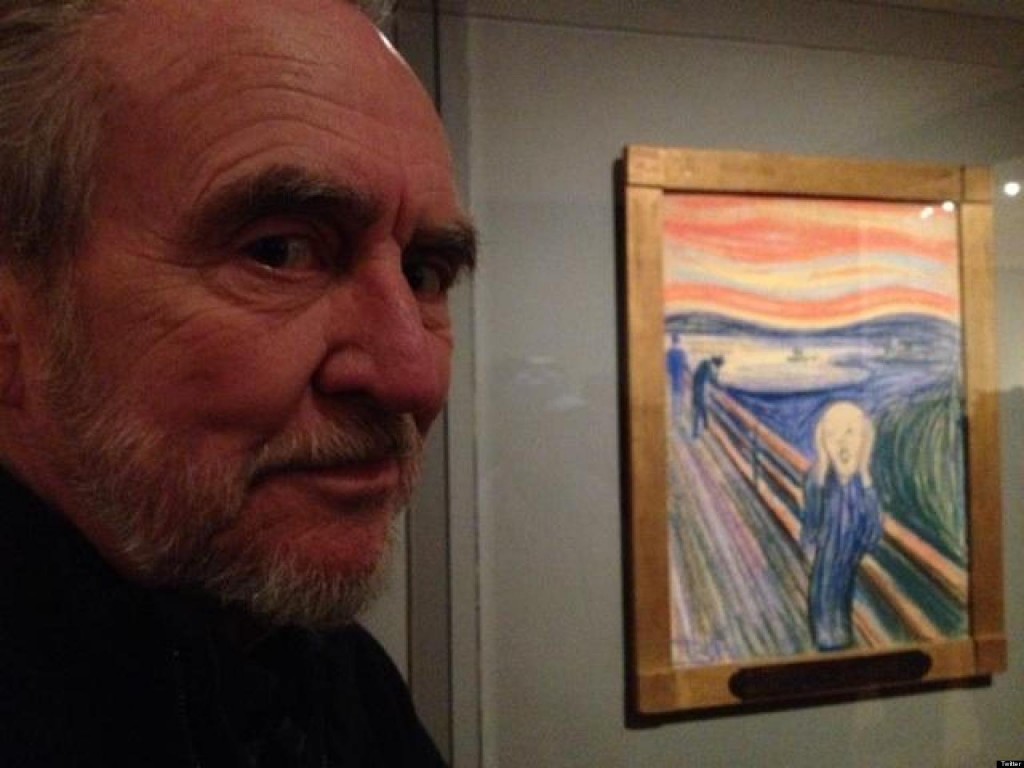 The loss of Wes Craven is not only a loss for film and for the horror genre. It is a loss for human beings, since it is apparent that he was a terrific one. I never had occasion to meet him personally, but Daily Grindhouse did once receive a note from him, and while I won’t run it here, it must be said that it had a profound impact. How strikingly generous that a person of that stature would take the time to write to an out-of-the-way site like ours, just because he enjoyed what we do. There are many days when doing it seems like a fool’s errand. Knowing there are people reading, and that one of them happened to be Wes Craven, is what keeps the fires burning. There will be no sitting and sulking tonight. Just one more way this great artist managed to inspire.