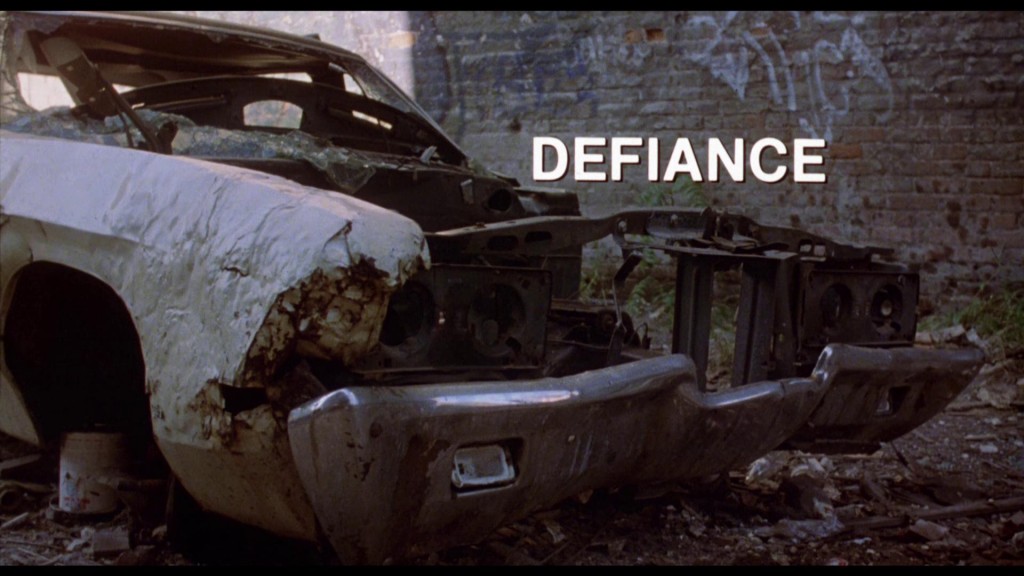 This is the fourth in a series of fifteen planned reviews of the films of John Flynn. During his 33-year career, Flynn directed everything from intimate character studies of volatile, potentially violent men to dark revenge films to early Steven Seagal vehicles and everything in between. Utilizing a spare style of filming that subscribed to the idea that the audience should not be aware of the director, Flynn placed an emphasis on strong performances and cleanly shot and edited action sequences that showcased impressive stunt work. His films show how a director with a clear vision can elevate even the most generic potboiler into a sturdy genre film worthy of rediscovery, yet most film buffs do not know his name. 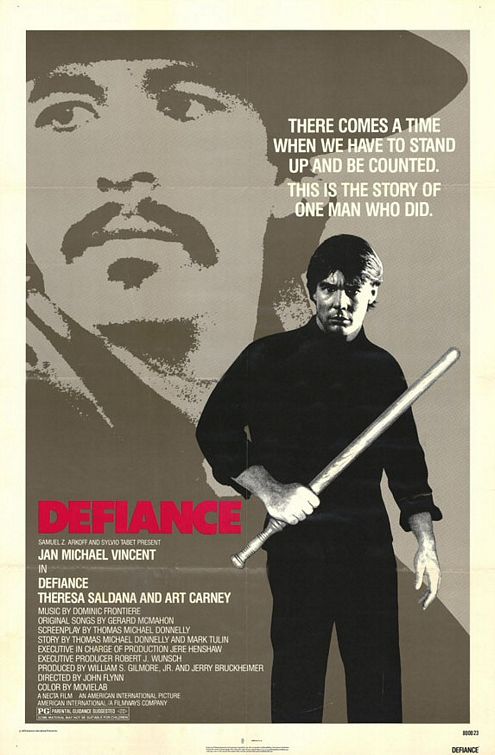 It is hard to know what to make of DEFIANCE. A blend of old-fashioned melodrama—complete with an orphan, a gentle giant of a punch-drunk former boxer, and a lonely drifter in need of a place to put down roots—vigilante justice, and a pinch of THE WARRIORS, it is a film made up of derivative parts that never wholly fit together. Flynn gives the film a straight-faced sincerity when a slightly tongue-in-cheek approach would probably have been more appropriate. But despite the disjointed feel, individual scenes work tremendously as portraits of a New York City that no longer exists (if it ever existed at all) and a showcase of why Jan-Michael Vincent was once considered a potential movie star. 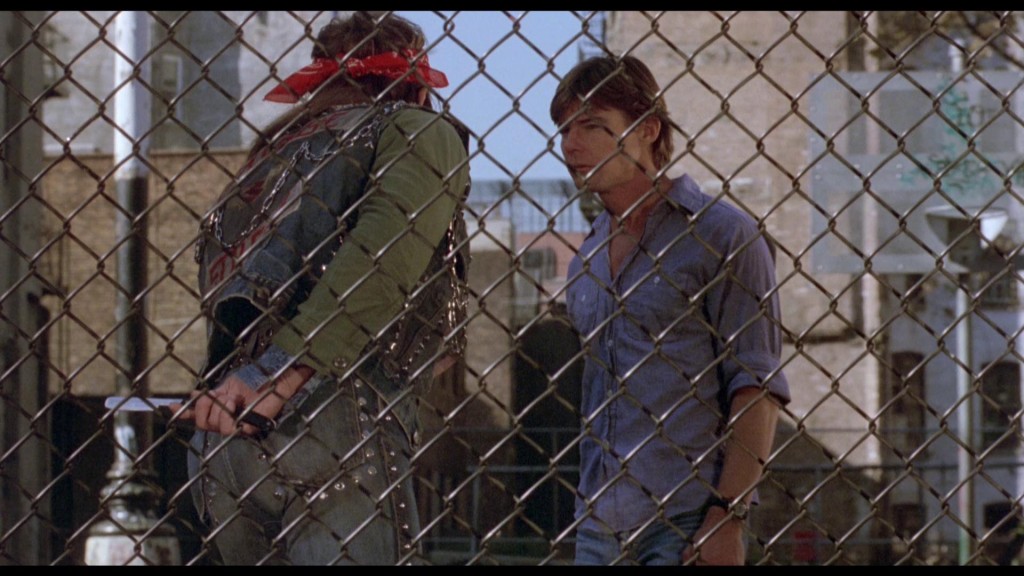 Following an off screen fight that left the captain of his freighter ship with a black eye, Tommy (Vincent), a cranky sailor, is booted off the ship in New York City. Suspended by the union for six months as punishment for the fight, Tommy is stuck in a city that he cannot stand—”I hate this place. I can’t even breathe here,” he complains in only the second scene—with nowhere to go and nothing to do. Acting on the tip of a friendly bartender, he rents a rundown studio apartment in one of those mythical New York neighborhoods made up of a representative from seemingly every ethnic group possible. Even harder to swallow is the fact that all the residents get along so well they might as well live in Mayberry.

While he busies himself cajoling his union representative into lifting his suspension early, Tommy interacts with the aggressively friendly residents of the neighborhood. He is befriended by Carmine (Danny Aiello), a middle-aged guy who is still trying to relive his teenage glory years via a social club where the leather jacket he wore as a young man hangs symbolically on the wall. While hanging around with the jovial—occasionally overbearing—Carmine, Tommy bonds with a local orphan literally just named Kid (Fernando López). Kid lives with a former boxer named Whacko (Lenny Montana), who—along with kindly hairdresser Marsha (Teresa Saldana)—looks out for him. Despite his initial reluctance to get involved in anyone’s life, Tommy strikes up a romance with Marsha and soon finds himself a regular member of the community. 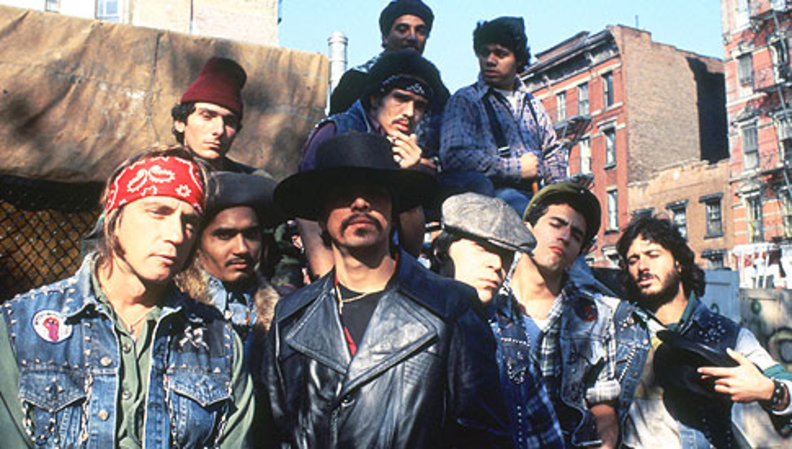 But not all is grime-covered togetherness in the neighborhood. The residents live in fear of a gang called “The Souls.” Led by Angel (Rudy Ramos), a glowering thug who looks startlingly like young Ringo Starr in several scenes, the gang uses intimidation to do whatever they want. They steal from Abe (Art Carney), a kindly (Is there any other kind in this film?) old Jewish grocer. They mug people for the money in their wallets and for any jewelry the victim is wearing. They even mock and threaten poor, simple Whacko, which is where Tommy decides to get involved. 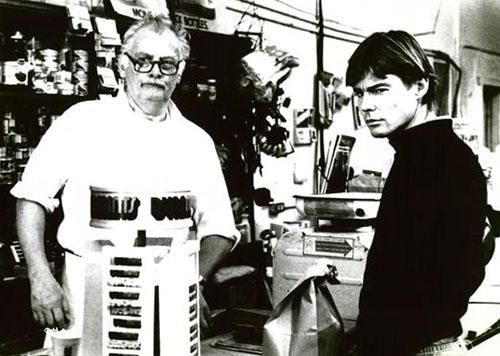 After Tommy beats up several of the gang members, he finds himself in trouble. By getting off the sidelines, he makes himself a target for the gang. Angel wastes no time in ambushing Tommy with several men, giving him a severe beating. But Tommy’s decision to stand up to the gang has the unintended consequence of spurring some of the neighborhood residents to also stick up for themselves with predictably violent consequences. 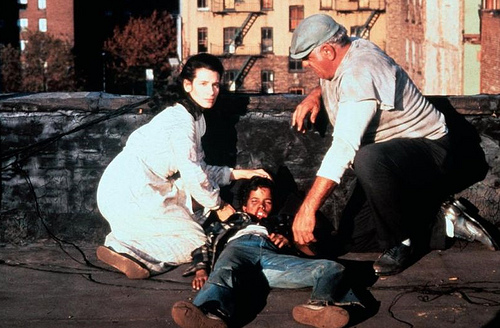 As he realizes that people like Carmine and Abe look to him as a possible savior, Tommy understands that he is putting their lives in danger by inadvertently inspiring them to fight back. Even worse, Angel sees the potential Tommy has to undermine his control of the neighborhood and begins a campaign of intimidation to drive him away. Not wanting to be a martyr, and fearing that Angel might hurt Marsha or Kid as a way of getting at him, Tommy has to make the decision to leave for good or stay and fight to drive Angel and his gang out of the neighborhood.

There is nothing surprising about DEFIANCE. For the first fifteen minutes of the film, it seems like it might have a more acidic tone, operating as a poison pen letter to New York by commenting on the pollution, crime, dirty streets, and dingy, cramped apartments. But Flynn and screenwriter Thomas Michael Donnelly quickly reverse that course and hit the expected beats of a feel-good movie about a drifter bringing hope to a community while that community offers him a home. 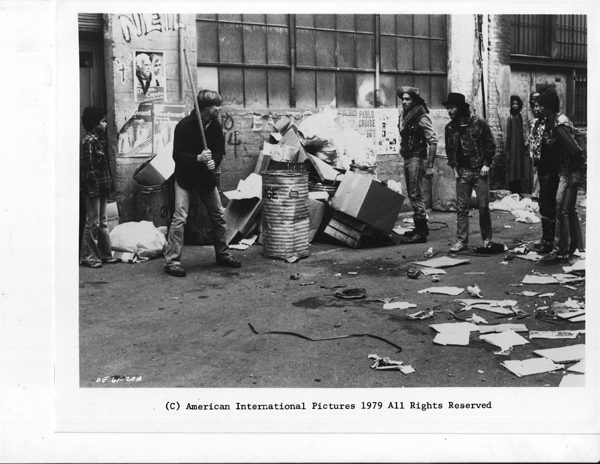 Being predictable is really the biggest sin that DEFIANCE commits. As always, Flynn casts the film with near perfection. Jan-Michael Vincent may have never developed into the movie star he could have been, but he shows a lot of star power here. He may actually be too charismatic and likable in the early scenes, when taking into account how churlish Tommy is supposed to be. Once the film becomes about Tommy accepting his role as a neighborhood inspiration and father figure to Kid, Vincent’s casting makes perfect sense. He has the “awe-shucks, nice all-American boy” quality that cannot be faked, while also looking like enough of a badass that it’s believable that he could single-handedly beat up three thugs in a fight.

The rest of the ensemble is just as well put together with Aiello, Carney, Saldana, and Ramos bringing some humanity to the expected brassiness of the various New York stereotypes they are playing. Flynn rounds out the cast with a series of recognizable character actors like Montana, Frank Pesce, Tony Sirico, and Alberto Vasquez to give some verisimilitude to the idea that the film takes place in a real New York neighborhood. 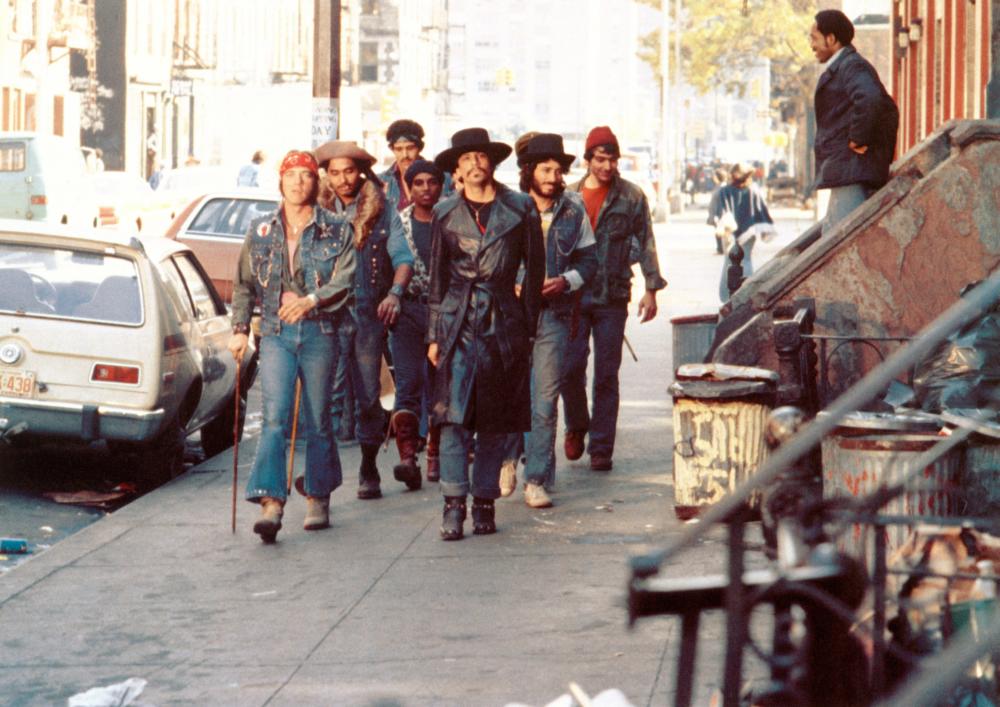 That verisimilitude is important because it takes all of the grimy, lived-in locations, realistically claustrophobic sets, and authentic New Yorkers he can get his hands on for Flynn to convince the audience that DEFIANCE is anything other than pure fantasy.

Flynn presents the film’s sincerity without a wink. For the most part, the lack of cynicism is refreshing, but at other times, quite frankly, it is boring. From the bland, Springsteen-lite soundtrack by Gerard McMahon to Tommy and Marsha’s goofy first date montage straight out of a romantic comedy, Flynn commits to a relatively family-friendly tone. Considering the uncompromising violence, psychologically-damaged characters, and bleak tones of the films he had made leading up to DEFIANCE, it is a jarring change of pace for Flynn. 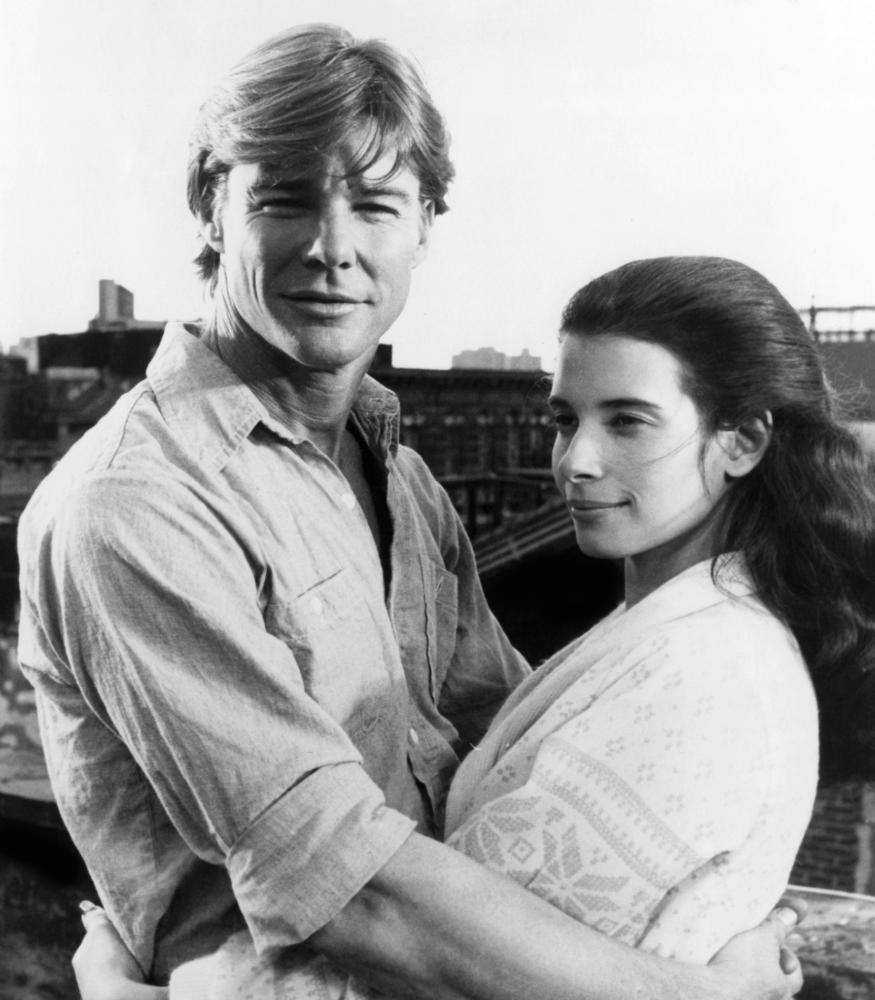 That is not to say that Flynn entirely abandons his usual style. He does take pains to keep the film partially grounded in reality. Tommy may be tougher than he looks, but when he is faced in one scene with half a dozen well-armed gang members, he knows better than to fight and backs down like any sane person would. Later in the film, there is a great scene where Carmine, inspired by Tommy’s guts in the face of intimidation, implores the other men of the neighborhood to help him fight only to find them ashamed and frightened. It is a moment taken right out of HIGH NOON, but it works just as well in this film.

While scenes like those described above work well on their own, they are bumped up against silly moments that make “The Souls” seem like a gang edited out of THE WARRIORS for being too goofy. On his own, Angel comes across as a credible villain, but his gang is portrayed as inept and cartoonish. Angel threatens to rape a woman in one scene and puts a gun to someone’s head before pulling the trigger to reveal it’s unloaded—just to make a point. But his gang members bounce around like excitable puppies when they steal a watch before playing an inept pickup basketball game that would shame the Washington Generals. The film as a whole would have been much more effective had Angel been a lone criminal terrorizing the neighborhood since he is actually frightening. 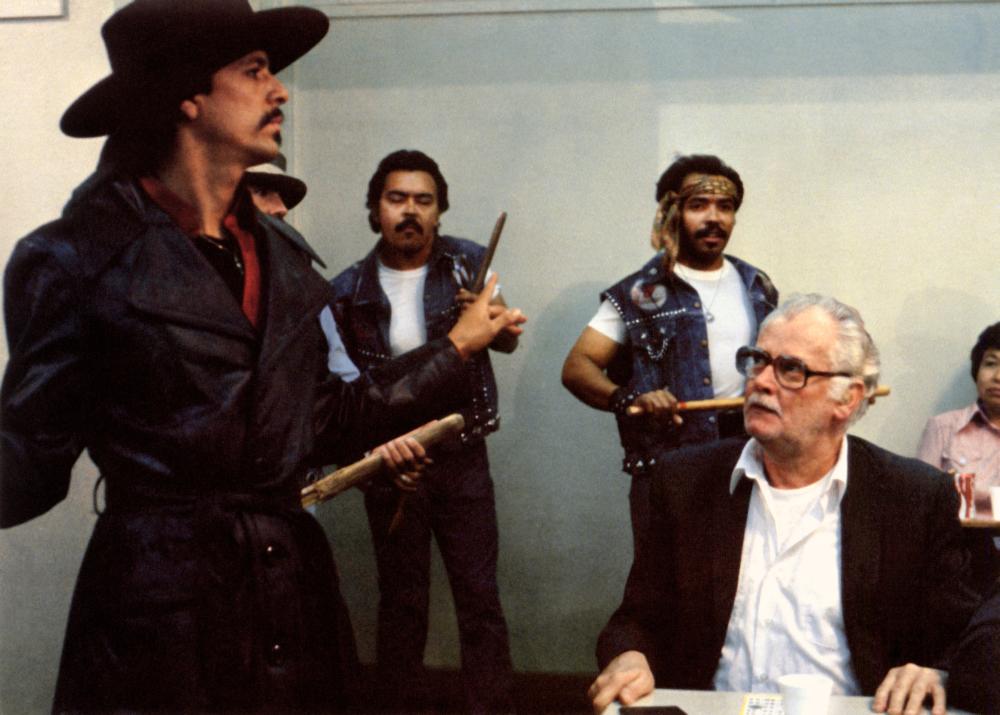 While I feel like the film would have benefitted from a bit more of the heartlessness Flynn showed in THE OUTFIT and ROLLING THUNDER, he does find a way to work through the cornier elements to pull out a satisfying conclusion. Unfortunately, he caps off that ending with one of McMahon’s worst songs, but at least you can mute it as the film goes to the end credits.

It is unfair to pigeonhole any artist. While I have the feeling that Flynn’s blue-collar sensibilities as a filmmaker might have caused him to bristle at being labeled an artist, he does deserve to be thought of as one. With DEFIANCE he was trying to stretch beyond the harsh mental and physical violence of his early films to craft a more hopeful, gentle-natured film. Even if the finished movie shows him as only partially successful in those efforts, the ambition has to be admired. 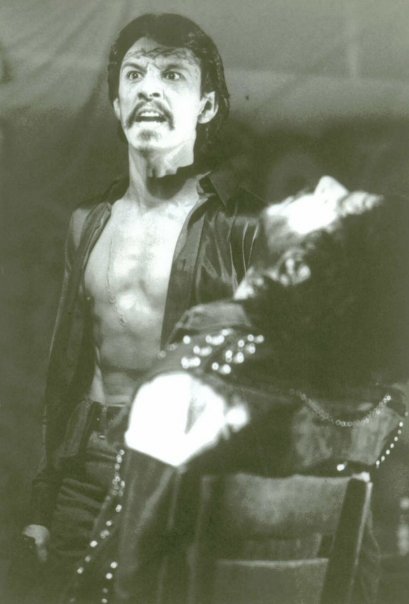 Get DEFIANCE on Blu-Ray as of this week!

Catch up on our John Flynn retrospective! 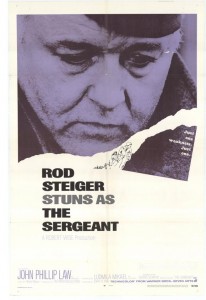 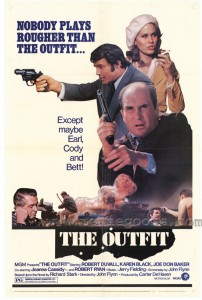 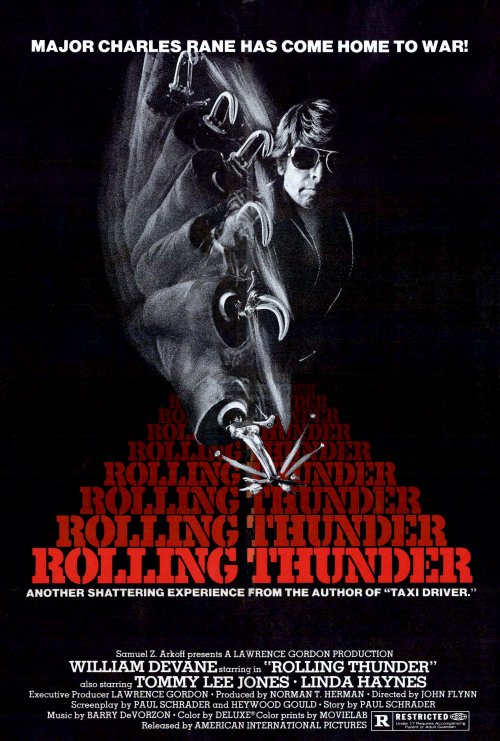