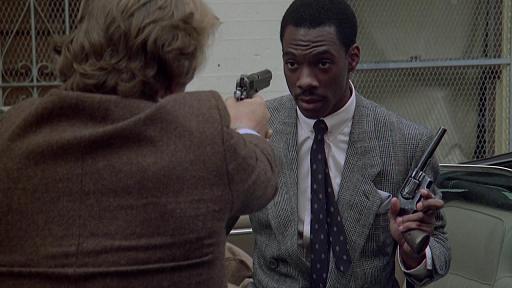 48 HRS. is an important movie. 48 HRS. is important for what it represents in the continuum of American action movies, and it is surprising as a viewing experience if that first point is all you know about it. Directed by essential action auteur Walter Hill and starring Nick Nolte, 48 HRS. is most famous for introducing film audiences to the comedic A-bomb that was Eddie Murphy, and as a result revolutionizing the politics of action-comedies. 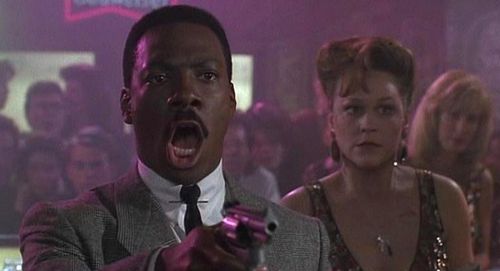 It’s impossible to imagine now, but in the years before 48 HRS. , Nick Nolte was a leading man, a pretty-boy — reportedly considered for the role of Superman –and Eddie Murphy was absolutely no one. He’d just come off his first season on SNL but had not quite yet conquered that show, as he was about to do.  What you have in this movie is Nolte, cresting forty and heading towards the grizzled character-actor persona that he’s occupied ever since, and Murphy, barely out of his teens, furious, with everything in the world to prove and ready and willing to conquer.  The blond, blue-eyed, middle-American shitkicker and the quick-talking black kid from Brooklyn — the conflict is coded directly into the casting. 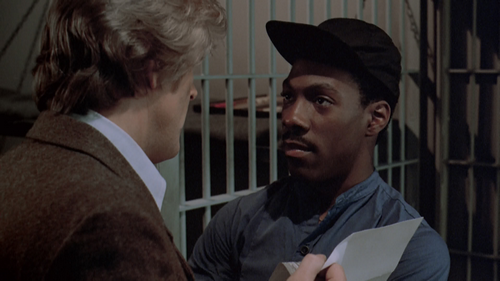 So then the plot: Nolte’s Jack Cates is an embattled detective who is chasing down a pair of cop-killers (played by James Remar and Sonny Landham).  Needing a lead, he goes to see an imprisoned colleague of one of the criminals, Murphy’s Reggie Hammond.  Jack borrows Reggie away from the penal system for the titular amount of time, and the search begins.  What’s amazing about this plot, and what everyone who hasn’t seen the movie in some time seems to forget, is that this isn’t a comedy plot.  48 HRS. isn’t a comedy, hardly at all.  It’s a prime-era Walter Hill movie.  It’s a low-down, gritty, ruthless action movie.  The supporting cast includes awesome and fearsome career tough guys, including James Remar (THE WARRIORS), David Patrick Kelly (also THE WARRIORS), Brion James (BLADE RUNNER, SOUTHERN COMFORT), Sonny Landham (PREDATOR), and Jonathan Banks (BEVERLY HILLS COP, and more recently, Breaking Bad).  Make no mistake, 48 HRS. is an action movie before and after anything else.  It just happens to feature Eddie Murphy.

Eddie Murphy was — and still is, somewhere within him — one of the most incendiary comic talents this country has ever seen.  It’s little coincidence that he did such a killer James Brown impression, because he really is the James Brown of comedy.  Just a thorough, unforgettable, timeless talent, and a peerless entertainer right out of the gate.  I mean, I think Eddie only recently turned fifty. In other words he was only 21 when he took this part. It’s insane to contemplate how young he was when he tore right into the role of Reggie Hammond, singing “Roxanne” by The Police in a jail cell in a hilarious falsetto — one of the more indelible cinematic debuts I could ever name. 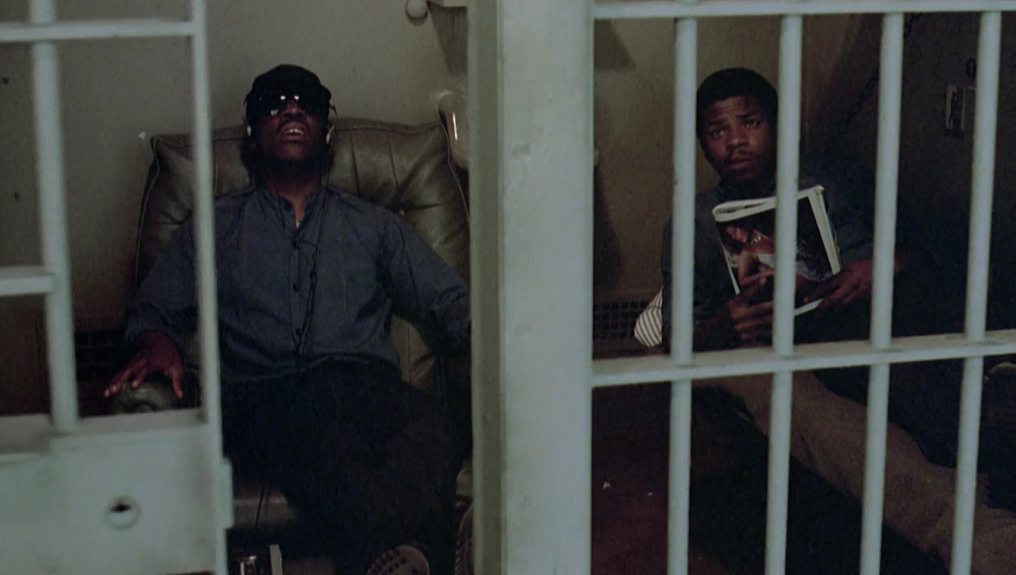 Eddie’s every scene lifts the movie into vivid comedy, just by proximity to the supernova of his talent.  In hindsight, that’s why 48 HRS. is remembered as more of a comedy than it actually is in practice.  Eddie is an absolute firecracker in this movie, completely unintimidated by Nolte’s lurching and barking, giving as good as he gets.  And neither of these guys pulled a single punch — they portrayed two guys who HATE each other.  The dialogue between Jack and Reggie is as vicious as it is funny, and usually more of the former than the latter.  And to this day, their speech is uncompromisingly uncomfortable.  Among plenty of other awful epithets, Jack calls Reggie “nigger”.  To my ear, that’s not enjoyable banter, but it is scarily honest.

That was probably one of Eddie Murphy’s most significant artistic contributions:  As the first comedic superstar of the hip-hop age, he scorched the earth, loudly and with style, and boldly went after the racism that still existed then (and still very much does today, although just a little bit less as a result of the accomplishments of himself and others).  In 48 HRS., Eddie Murphy gets the blond, blue-eyed action hero to shout that awful, awful word out loud  — but somehow that’s a weird kind of progress.  Okay, we all heard it, now we know what’s under the blond, blue-eyed surface.  Now it’s out in the open.  Now we can deal with it.  If we don’t acknowledge the sick historical American shit under the polite veneers, there’ll be no solving it in the present day. Meanwhile, if you’re a little kid watching Eddie in movies, you’re not thinking about any of this specifically.  If you’re a little kid, you just fucking love him.  I know growing up I personally never wanted to be Captain Kirk or Captain America or Luke Skywalker or Han Solo — I wanted to be Reggie Hammond or Axel Foley or Billy Ray Valentine or Chandler Jarrell.  Eddie Murphy brought this rare energy and charismatic anarchy to movies that for all its cultural significance, was also just plain cool.  He was Bugs Bunny come to life, a potty-mouthed supernova.