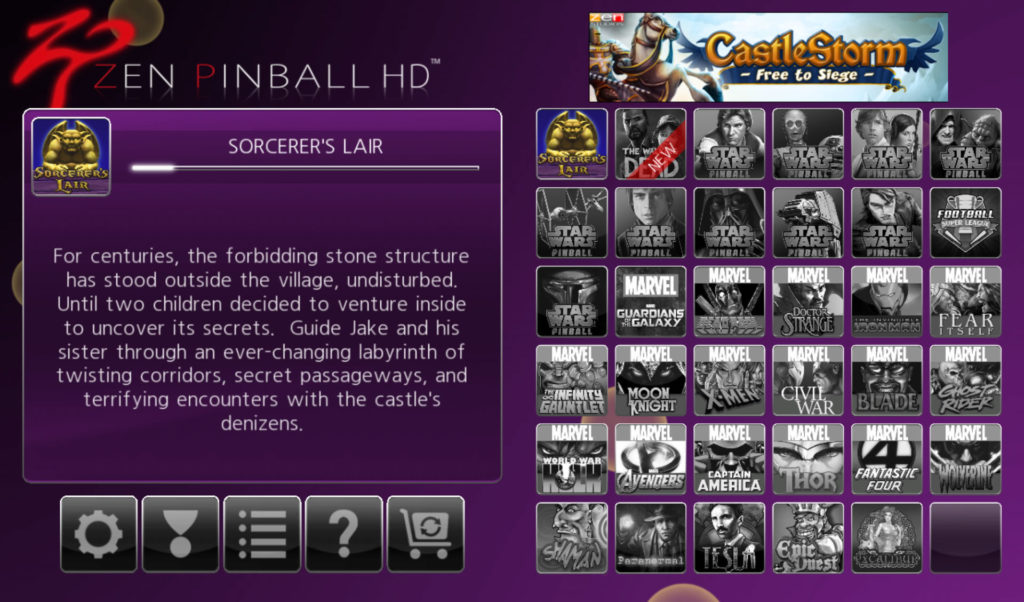 On September 26th the popular digital pinball franchise PINBALL FX will be releasing its 3rd iteration, along with two very interesting looking tables based on the classic Steven Spielberg films E.T. and JAWS. For those unfamiliar with the series, PINBALL FX is all about making original pinball tables that are fun and challenging, but taking advantage of the fact that they can go crazy with special table effects without fear of any sort of mechanical breakdown. The real draw of this is that Zen Studios has had the chance to work with a variety of companies to produce an almost insane amount of tables based on popular franchises from film, television, and even other games. Simply take a look at their numerous Marvel Comics and Star Wars tables to get an idea. While they don’t replace the classic feel of playing the silver ball for real, they do provide a great experience that makes great use of the digital platform and definitely worth checking out for hardcore pinball aficionados and casual players alike. 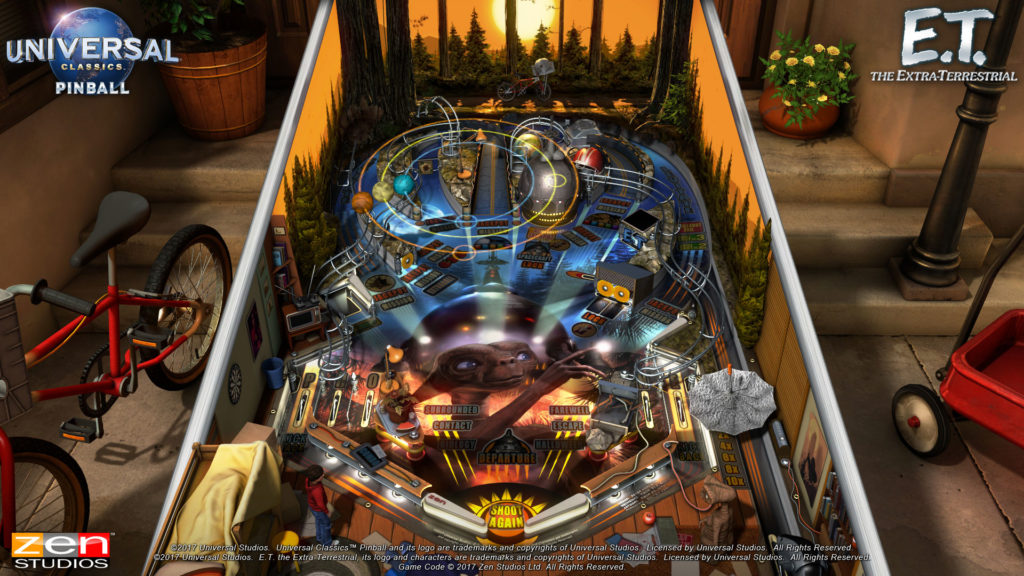 It was already pretty awesome to have gotten three tables based off the ALIEN franchise last year, but now it seems like Zen Studios is going even further into the classics, with two stellar looking tables based on what many consider to be some of the greatest films of all time. The E.T. table looks like it’s going to have the same charm and whimsy of the film itself, with the friendly alien and Elliot featured prominently on the table along iconic imagery from the movie such as E.T.’s ship. It even looks like from the trailer there will be a mode that will allow players to re-enact the famous bike escape scene, and, one can only assume, others.

The real draw for this writer, though, is the JAWS table. Whenever talking with other pinball players, the big question that always invariably comes up is “What movie should have gotten a pinball machine but didn’t?” The go to answer is always JAWS. Spielberg’s movie that gave birth to the summer blockbuster  always seemed like a fantastic concept to base a pinball table on, and it looks like Zen Studios felt the same, because it looks amazing. You have the legendary Quint featured prominently on the bow of the Orca with a solid voice stand-in delivering lines from the film. You even some more great touches, such as the ball launcher being Quint’s fishing rod, and the vandalized Amity Beach billboard off to the side. Also, it looks like the yellow barrels will play a huge role in the scoring process. Needless to say, the entire thing looks fantastic and oozing with theme, this is of course all with just glancing at the trailer, which barely reveals the shark itself. This definitely looks like one that hardcore JAWS fans will want to download right away… which this writer most definitely will be.

It looks like Zen Studios is going full steam ahead when PINBALL FX3 releases for all platforms on September 26th, one can only wonder what more they can do with the Universal Classics concept. Could a series of tables based on the classic monster movies be in the pipeline?