Best played with a couchful of ‘Bros’ (of any gender), Broforce is like 4-player Contra with destructible environments and an Overwatch-level of revolving, playable characters. You and your squad are tasked with moving from point A to B, which is also a helicopter’s rope-ladder, exploding anything that looks vaguely un-American along the way. It’s THE 8-BIT EXPENDABLES. You’ll die a lot, and yet you never really stop playing. 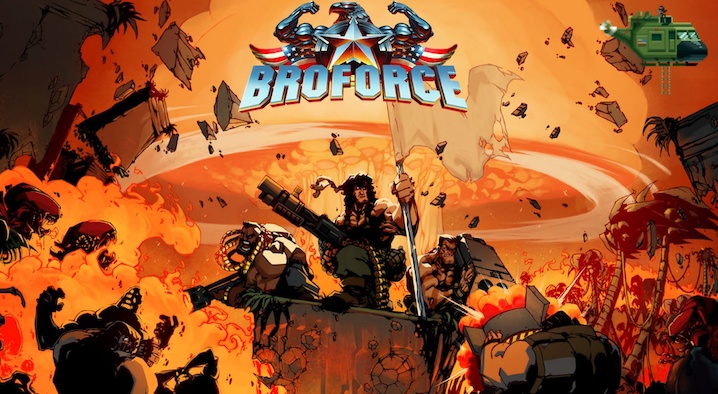 The levels are intentionally bite-sized and there are plenty of POW’s for your living squadmates to rescue along the way and for you to take command of. It could be Brobocop, or Brochete, or Ellen Ripbro, and they all have different brobilities for you to bring back to the party. Every round plays out in cartoonish chaos and ends with players screaming for Bronan to ‘save that guy over there’ or for Tank Bro to ‘shoot the stupid robot’ or for Rambro to STOP LOOKING AT YOUR PHONE I JUST SAVED YOU!

Cinematic Experience: Screaming for Brommando to “GET TO THA CHOPPA!!!“ 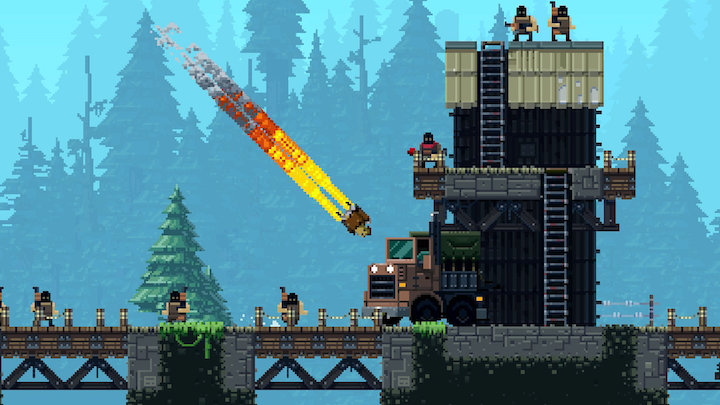 The timer ticks down. 1:34. 1:33. 1:32. Your squadmate asks if you see any wires. Yes, you respond, a whole row of wires. “What color are the wires?” Red, you say, they’re all freaking red. 1:15. Another squadmate flips through the real-life Bomb Defusal Manual, still warm from the printer. “Is there a light next to the wires?” Yeah, a green one. “That might be good.” “That might be good–?” you think. What the hell does that mean? 0:56. Another squadmate: “Are there any Pringles left?” I don’t really see how that’s pertinant now, Doug! A bead of sweat runs down your face. This VR headset can get really hot. Someone turn a fan on.

That’s what it’s like to play Keep Talking And Nobody Explodes, a multiplayer bomb-defusal game best experienced with one player in a VR helmet – defusing a virtual bomb only they can see – and several friends in meatspace instructing them from a manual you can print off the internet or just read of your mobile device. It’s ingenious and can be experienced in some form by everyone, regardless of their previous levels of gaming experience. It’s the kind of game I can take to play with my parents when Quiplash starts to get awkward.

Cinematic Experience: Screaming for the bombsquad member to “CUT THE BLUE WIRE NO NOT THAT ONE“ 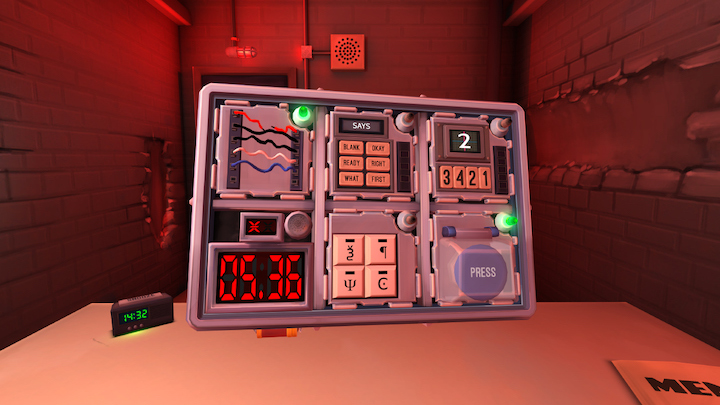 I saw JURASSIC PARK five times in theaters so of course I’ve played several of the games spun out of the series. I even beat the incredibly fussy SNES game only to get that ‘CONGRATULATIONS YOU HAVE ESCAPED JURASSIC PARK’ screen. I understand why you might expect a briefly-entertaining cash-grab out of 2018’s park-management simulator, Jurassic World: Evolution. I did, and I was very happy to be proven wrong. 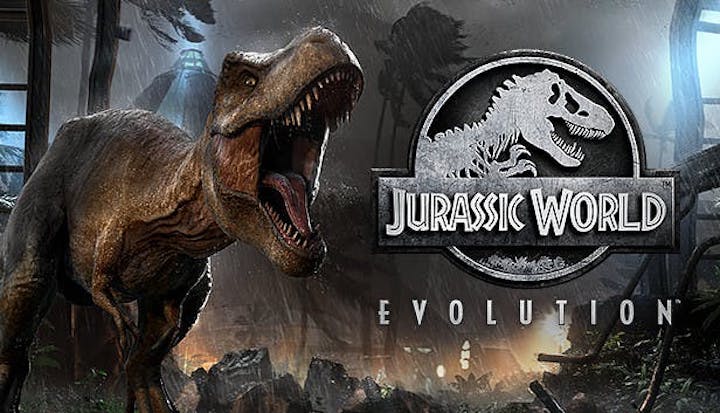 If you’re into extremely complex management sims, Jurassic World: Evolution may be a little simple for your liking, but if you want a really slick-looking game where you use the film’s visual assets to put dinosaurs in cages for sometimes-hilariously short periods of time, you’re in luck. I laugh as I type that but it’s a lovingly accurate description. This is the kind of game ‘Park’ fans unrealistically dreamed about back in 1993, where Dr. Wu tasks you with breeding an Indoraptor on his secret island so he can sell it to government officials from providences unknown. (Wait, that was not JP’s vibe at all in 1993) Still, Frontier Developments has not only delivered a surprisingly solid ‘Jurassic’ sim, they continue to work on and update the base game to this day. Since the game’s release, they’ve added free upgrades to graphics, terrain-mapping and mechanics. If you only played it back in 2018 and booted it up today you might be amazed at how much has changed, simply because developers so rarely continue to put this kind of work into a relatively niche title a year after release. 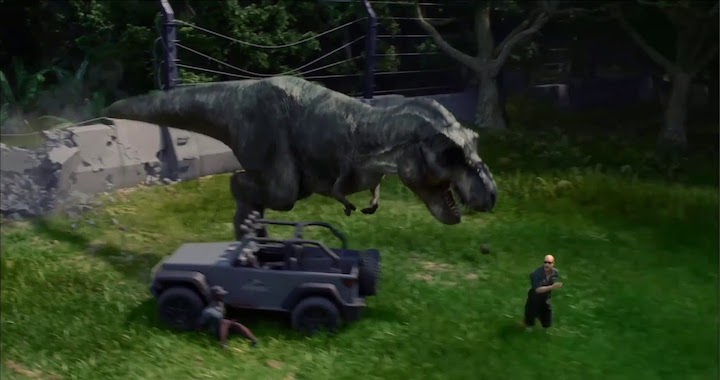 All of this is before you get into the paid DLC, which has been criticized of being pricey. To be clear, the base game is very robust, but if you want to spend more money for more dinosaurs and more of Dr. Wu’s weird dino deathmatching challenges, you can do that. I was astonished to find it was my third-most-played PS4 game of 2019 at 80+ hours and I haven’t even touched the campaign to save Claire’s remaining dinosaurs, or the one that summons Sam Neill, Laura Dern and Jeff Goldblum from the far reaches of genre to take back Isla Nublar. If the cost of these do bother you, both the base game and the DLC are deeply-discounted on the PSN store with some frequency. I have it all and I regret nothing.

Cinematic Experience: Screaming that you’re back in business and releasing the tourists from their shelters only to realize YOU MISSED A RAPTOR OH GOD NO I’M SORRY WE HAVE INSURANCE FOR THAT