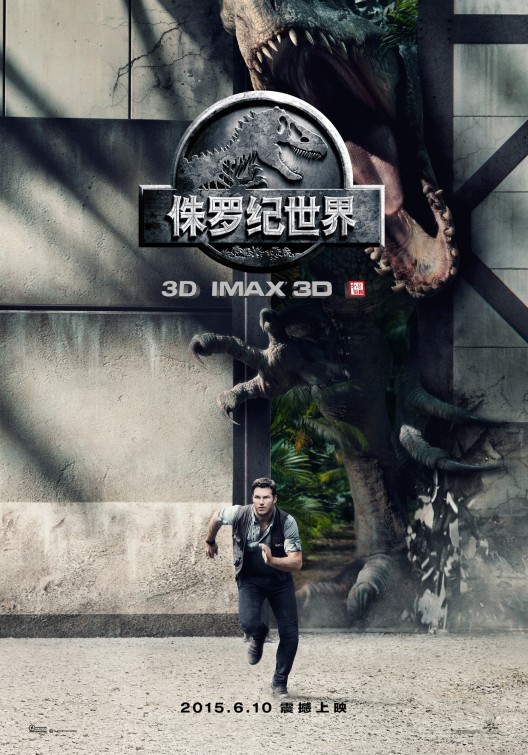 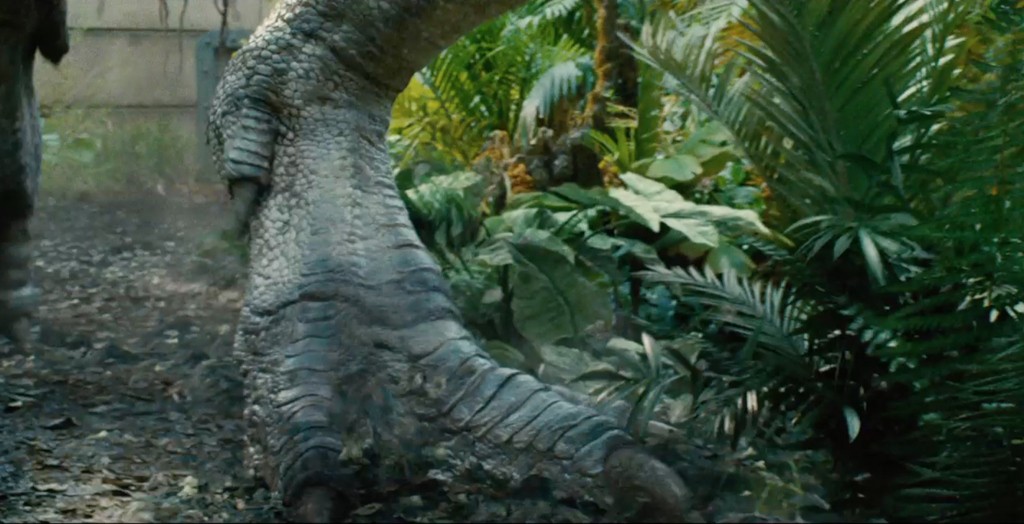 In the film, it’s been twenty years since the events of the original JURASSIC PARK — 1997’s THE LOST WORLD and 2001’s JURASSIC PARK 3 are ignored — which is approximately the same time frame from when audiences fell in love with Spielberg’s original prehistoric adventure tale. The characters in the film are not unlike the JURASSIC WORLD audiences, in that, in their world, dinosaurs are old news, and the thrill of seeing them is all but gone. 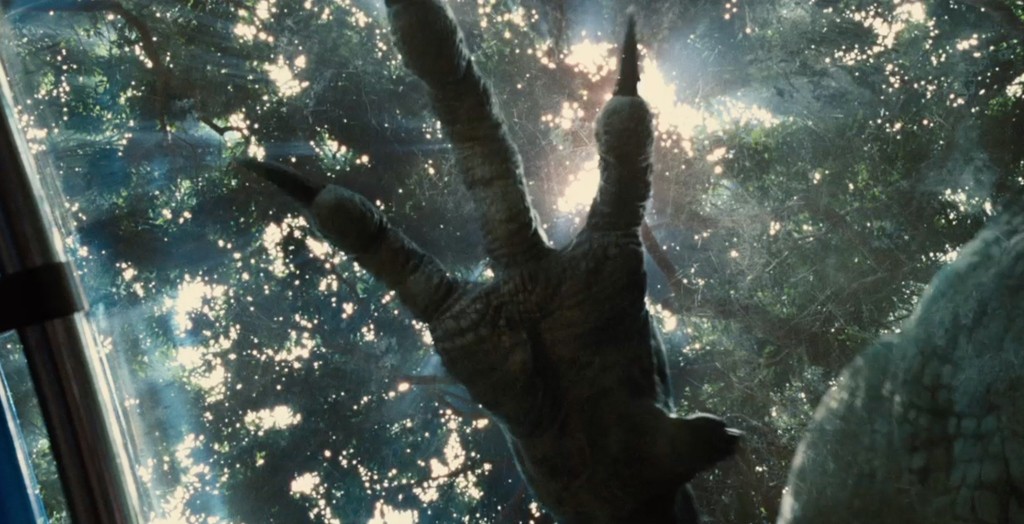 JURASSIC WORLD is perhaps attempting a sly satire, attempting to be a bigger and badder JURASSIC PARK, but all it really does is draw attention to the fact that this new entry in the series is missing that intangible, awe-inspiring element that Steven Spielberg concocted so seemingly effortlessly. There isn’t a scene in JURASSIC WORLD that has the power of Dr. Alan Grant’s first glimpse of the Brachiosaurs grazing the fields of Isla Nublar, and twenty years later, the CGI dinos don’t look as good as they did in 1993. 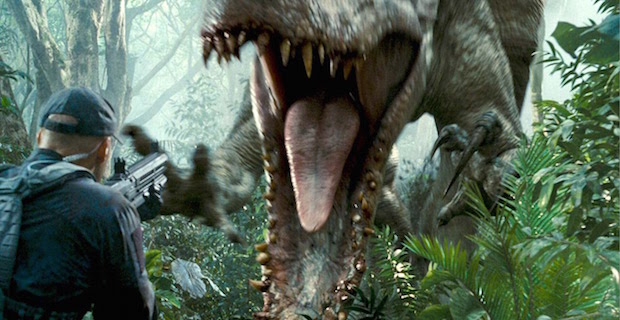 JURASSIC WORLD certainly has a higher body count than any of the previous entries in the series, but it doesn’t pack enough of the scares and the stakes never seem high enough. The tourists in the park are nothing more than a McGuffin, to give the new Indominus Rex a point B to get to from his point A. At times, the film works on a B-movie level: The pterodactyl attack on the park has an inspired scene with star Chris Pratt fist-fighting a winged dino, but the sequence never degenerates into the bonkers, Joe Dante, GREMLINS-style melee that the film desperately needs. Honestly, with the tone of the film and the high body count, more gore might have elevated JURASSIC WORLD to exploitation heights, but the quest for the PG-13 rating keeps the filmmakers at bay and simply delivers a C+ across the board. 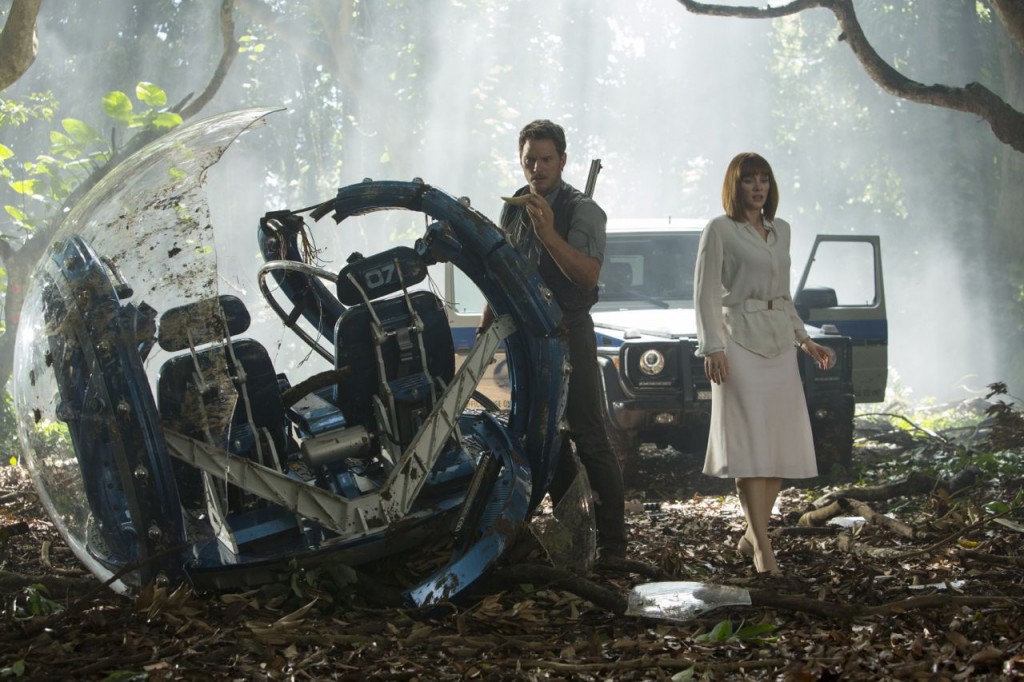 Chris Pratt’s charm carries most of the film, but his forced relationship with Dallas Bryce Howard weighs the movie down. There is an attempt to give their characters of Owen and Beth a screwball, will-they-or-won’t-they, Moonlighting-style relationship, but it ends up coming off more like sexual harassment. The more interesting relationship in the film is that of Pratt and his Raptor pack, but that could have been explored and developed more. The Raptors could have used more personality. and personality goes a long way. Most of the human characters are introduced simply to become dinosaur fodder or to deliver quips, and though most of the jokes are quite funny, they never to seem to come from the situation or the characters, but rather from a screenwriter saying, “We need a joke here.” 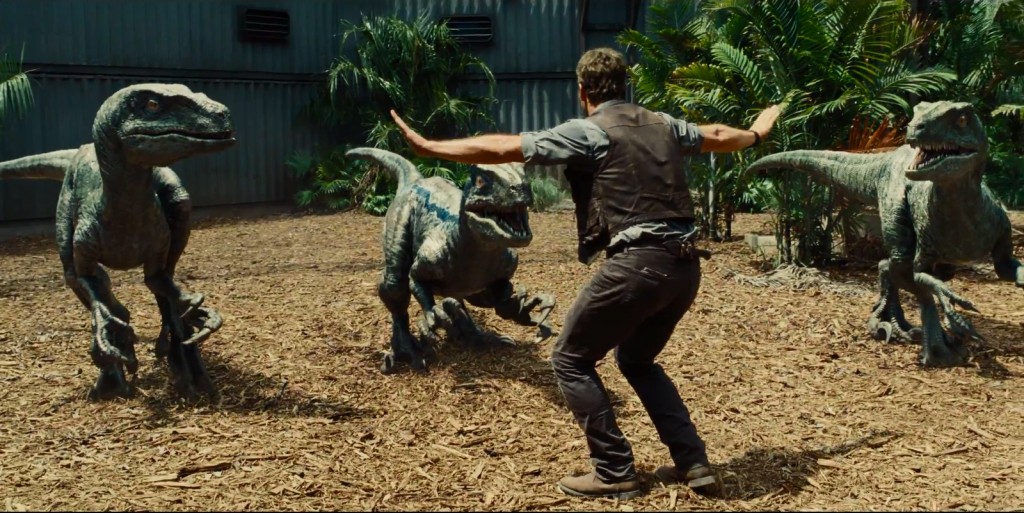 The film is cobbled together from ideas from scripts that have been floating around Hollywood for years (including John Sayles’ draft, which included genetically-modified dinos as well as Raptor soldiers) and the lack of a singular vision can be felt in the pacing of the film. It never really builds up the steam it needs to give the climax the punch it’s needed. By the time our human heroes decide they need more teeth in the form of the T-Rex to administer a beat down to Indominus Rex, it seems tacked on, as the T-Rex has barely been seen over the two-hour running time. Much like the Raptors, and to be fair, most of the human characters, the T-Rex could have used some character development. 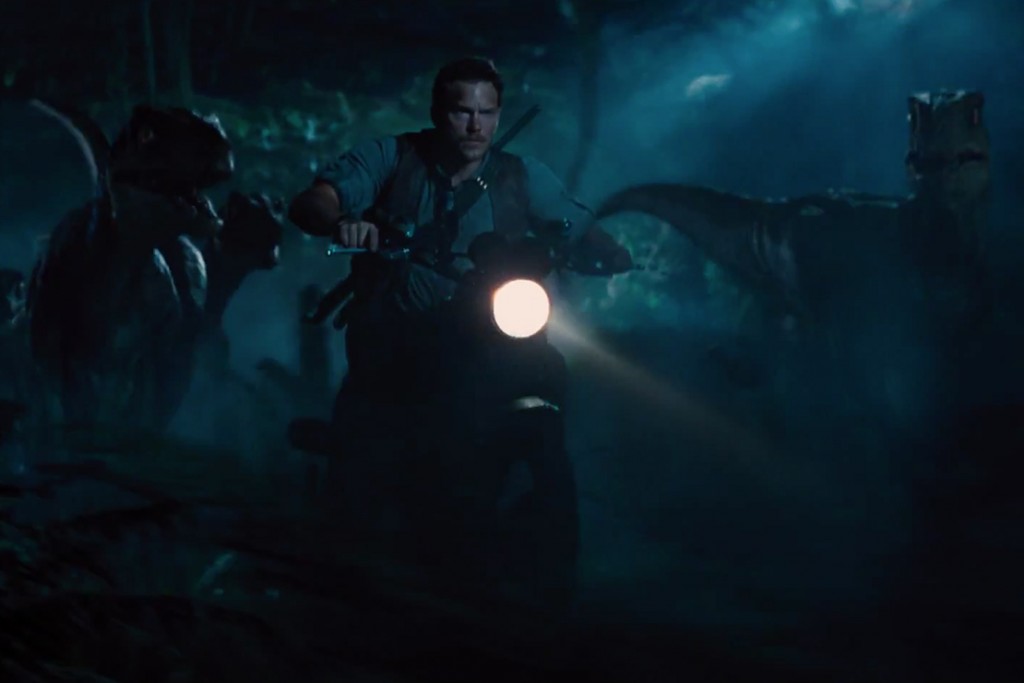 The original JURASSIC PARK has not one but TWO of the most well-known themes in movie history, and while Michael Giacchino’s JURASSIC WORLD score has some serviceable moments, his decision to utilize Williams’ recognizable themes sparingly is a misstep and can be felt throughout the film. 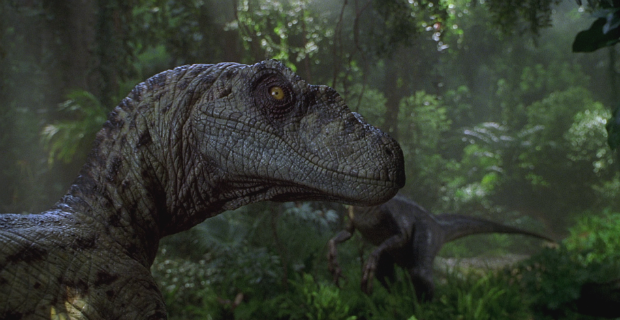 As a summer blockbuster, JURASSIC WORLD is dumb fun, but it being part of a long running franchise, as well being as a sequel to a classic original film, it’s hard not to hold it to a higher standard. Spielberg’s absence is felt all throughout JURASSIC WORLD, but perhaps it’s felt the most during the scenes involving the Mitchell siblings (Ty Simpkins and Nick Robinson) and their parents. From the Freelings in POLTERGEIST to the Murphys of JURASSIC PARK, Spielberg had a knack for presenting family dynamics that always feels real. The Mitchell clan, on the other hand, feels like nothing more than a vehicle for dinosaurs to attack, not fleshed out characters, even with broad strokes. 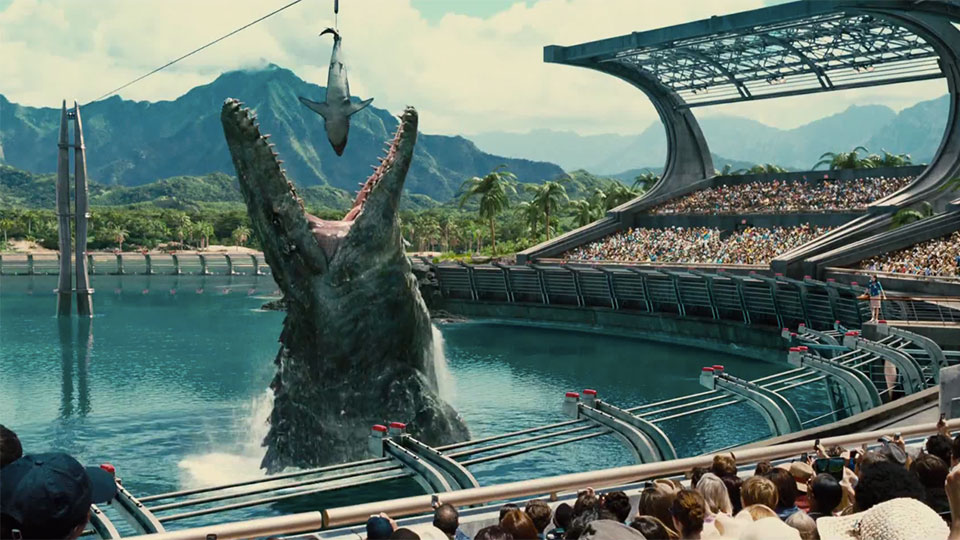 As a B-movie, it’s an enjoyable time at the picture show — some quality kills, some funny lines, and some cool dinosaur fights — but it’s also ultimately forgettable. JURASSIC WORLD may have more teeth, but it doesn’t have any of the heart.