Sometimes you drive past the killer’s house and don’t give a damn. There are many takeaways from POOR AGNES, written by James Gordon Ross and directed by Navin Ramaswaran, and many things to observe. However, there’s one thing I always noticed and made what happened in the film all the more screwy. All the heinous acts that Agnes, played by Lora Burke, inflicts on Mike and Chris, respectively played by Robert Notman and Will Conlon, occur in what we assume is in isolation. A house in the middle of the woods with a car graveyard in the back. But a glance outside the windows shows cars passing by relatively closely. People can hear the pain she causes, yet they don’t care. 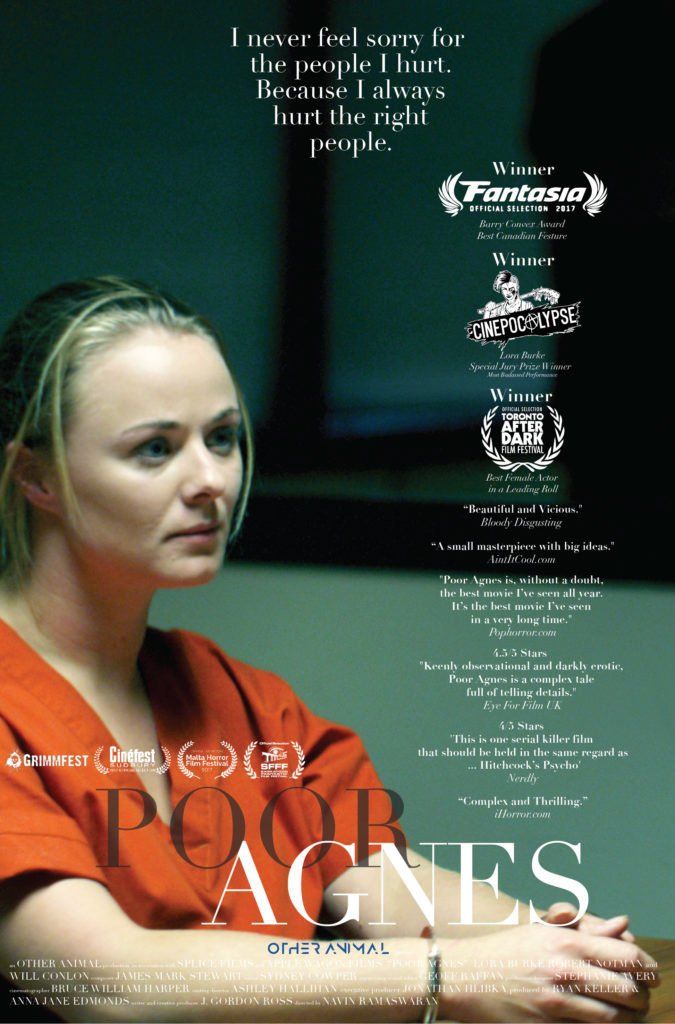 Agnes falls in line with this century’s horror trend of lonely women trying not to be. See them in Lucky McKee’s MAY, Ben Cresciman’s SUNCHOKE, Mickey Keating’s DARLING, Nicolas Pesce’s EYES OF MY MOTHER, Richard Bates Jr.’s EXCISION, Ho-cheung Pang’s DREAM HOME, Anna Biller’s THE LOVE WITCH, and, if I can venture away from horror, Matt Spicer’s INGRID GOES WEST along with Michael Haneke’s PIANO TEACHER. Like catching a whiff of pizza and suddenly becoming hungry, Agnes didn’t realize she was lonely until someone entered her life. She knew she was bored, though. The film starts with her killing an old guy in a van, and she acts like she’s folding the last bit of laundry. She coasts through her daily routine of working out, chopping wood, and being miserable until she gets a phone call. Mike is a private investigator who’s on his last stretch of giving up on a disappearance case years old, and Agnes was a friend of that person. He meets her at her house and after making fun of her friend, is just sleazy enough to her, it seems. After making fuck, she beats him up and knocks him out. When he wakes up, he’s chained in her basement and she threatens to kill him. Thus begins a modern, twisted, one-sided love affair, with a helping of brainwashing. The character Chris comes into play later, someone who Agnes met online under a fake name. After a certain point, he becomes a lot more involved with Agnes and Mike’s love life, with her testing how well she trained Mike. Then things get mean. 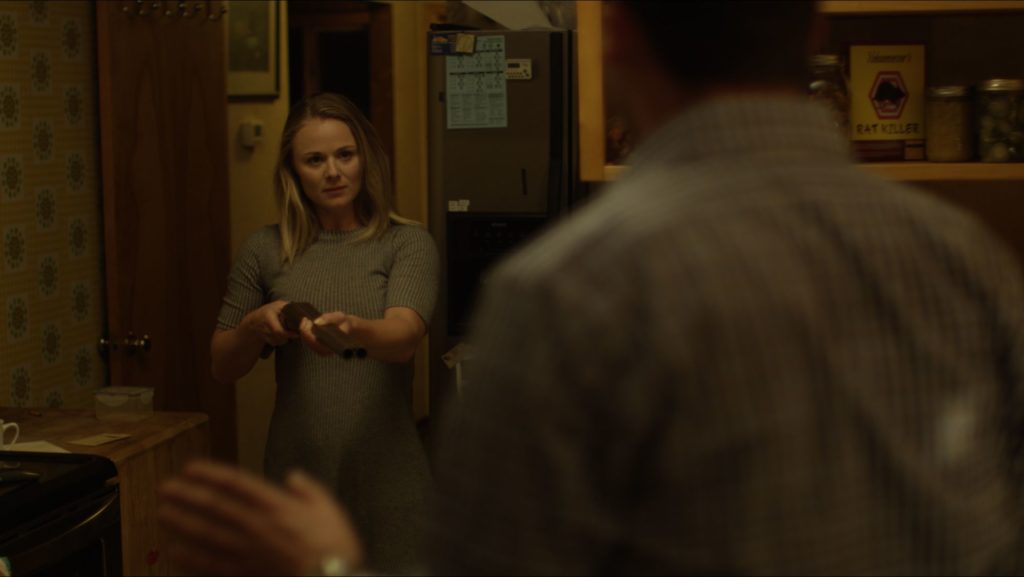 Barbara Crampton pulled rank as a Cinepocalypse judge and created an award just for Lora Burke: “Most Badass Performance.” Fully committing to being a murderous sociopath, I can’t argue with that choice. Lora prepared for Agnes by watching YouTube videos about people like Agnes, and by reading. In her research, Aileen Wuornos kept popping up, but she wasn’t good because she was nothing like Agnes. Serial killer interviews were great inspiration because they were completely unaffected by what they did as they described them. Lora took all her research and essentially put it in a pill, then swallowed it. That way, Agnes came by instinct and not by thinking. She had to be detached from Lora or else the film wouldn’t have been as loved as it is. She didn’t feel the need to apologize for any of the cruelty she was acting out except for one thing. Agnes throws gasoline on Mike during a scene, and getting him in the face was a Lora decision, so she felt bad about that. As you do. 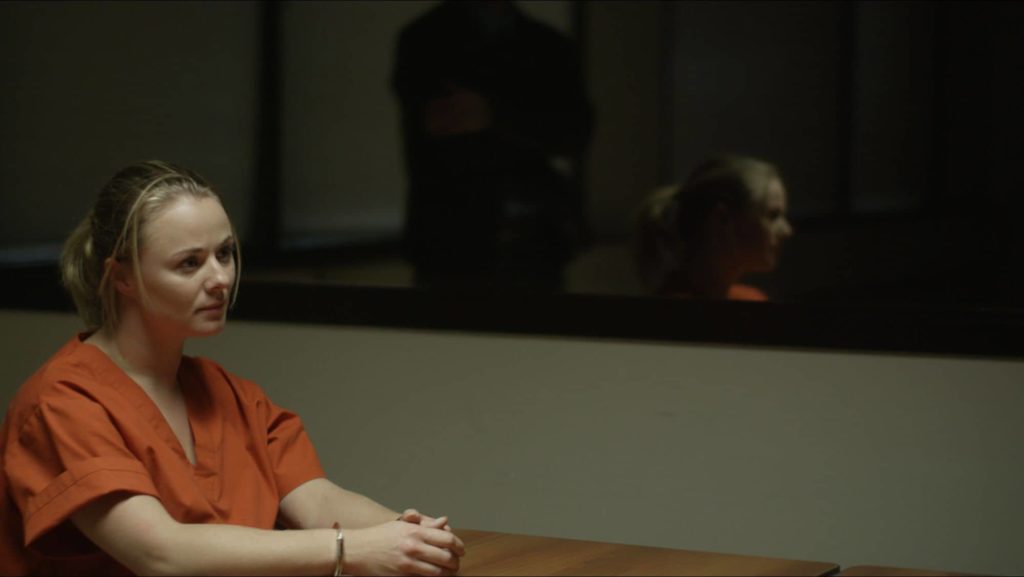