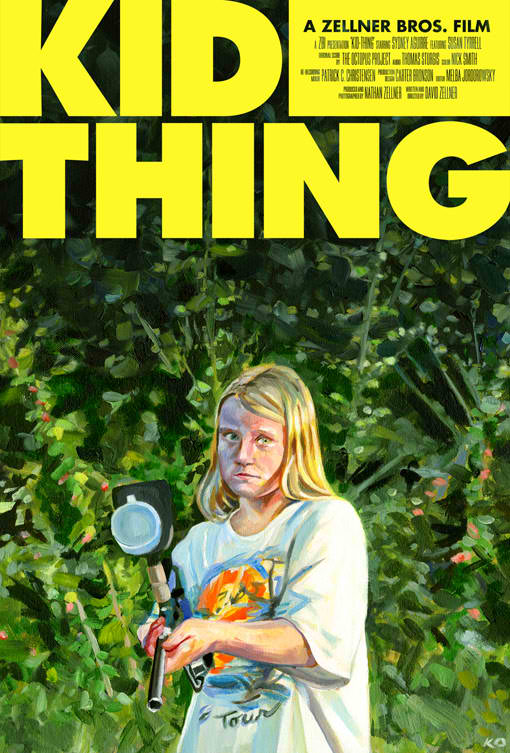 Childhood is a period in life when time has a different meaning and our relationship to the world is not yet defined enough to fully grasp the consequences of our actions. Without sufficient supervision, this often leads to experimentation and the discovery of new experiences through dangerous trial-and-error. KID-THING is a beautifully authentic depiction of the sorts of activities children participate in when left alone to make sense of their environment.

We are introduced to a young girl named Annie and watch as she explores the rural town she lives in, uncovering various avenues of self-entertainment: from shoplifting to destroying a rain-soaked piece of wood with brute force. Annie has two adults in her life, a pair of amiably clueless men played with absurd bravado by the makers of the film, David and Nathan Zellner. Despite what would seem to be best intentions, there is no parental force of any kind in Annie’s life, and thus nobody to provide a moral framework. She is alone even when she is at home. 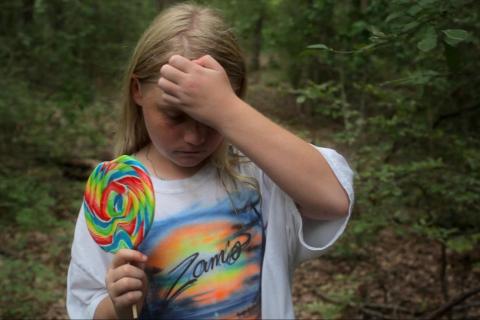 The dramatic tension in the story is introduced in the form of a disembodied voice emanating from a well. Annie hears a woman calling for help and is faced with a scenario she is not prepared to handle. She flees the scene and remains silent regarding the helplessly trapped human being at the bottom of the well. While obviously conflicted about the appropriate action to take, she is also afraid and confused. She considers the possibility that the figure down in the shadows might be the devil or some other demonic force trying to be released. She opts to tell nobody for the time being, but instead to drop food and drink into the well so the mysterious voice can survive. Annie’s behavior is deplorable, but completely understandable, given the limited grasp of life she has at the moment the story is taking place.

It would be unfair to delve too deeply into the ways in which the narrative develops, but the plot itself is not where the film excels. The Zellners’ greatest accomplishment is the way they deal with painful and frightening truths without losing the innocent perspective of their lead. We are constantly forced to confront our contradictory feelings towards Annie’s actions because we are allowed to understand the motivation behind them. Sydney Aguirre is a terrific find, the rare sort of child actor capable of acting for the camera without calling attention to the performance. Cult legend Susan Tyrrell plays the voice in the well with the sort of unhinged quality she brought to all of her most beloved roles. The film has a cumulative effect that is truly powerful. It creeps up and knocks you flat without you realizing it. It represents a bold, mature new direction for the Zellner Bros, and it’s exciting to imagine where they might go next. Equally unpleasant and humorous, it is sure to be one of the most unique films of the year. 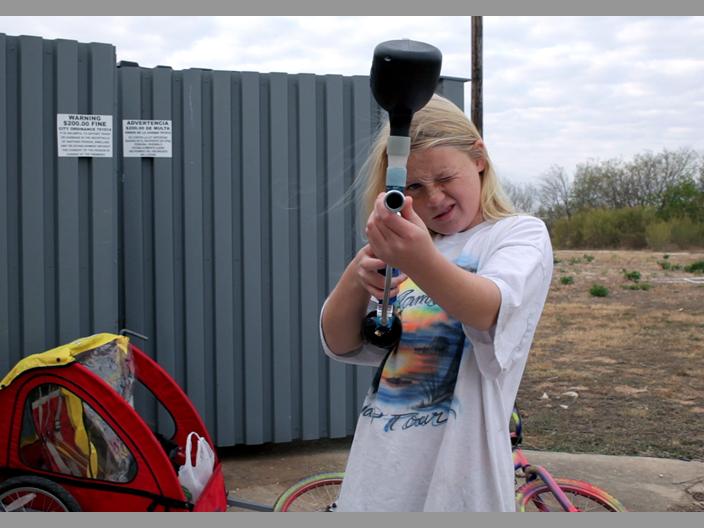 @VHS is the truth