Stephen King is the most influential voice in horror of the late 20th century. His books have been best sellers since his debut and have gone on to spawn numerous adaptations in film, TV, video games, and other media. King Of All Media looks at those adaptations, starting with his TV miniseries in chronological order. Each week Alejandra Gonzalez and Rob Dean will discuss a new miniseries project of King’s — with today’s installment being on 1991’s GOLDEN YEARS. 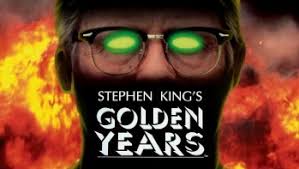 Rob Dean: 1991’s GOLDEN YEARS is a unique project as it’s both a miniseries and an attempt to launch a regular series. Comprised of seven episodes and based off a story and script by Stephen King (but not an adaptation), the story follows elderly custodian Harlan Williams (Keith Szarabajka) who is exposed to strange rays after an explosion at a secret government project. Mercenary Jude Andrews (R.D. Call) is dispatched to cover up the event and capture Harlan for testing, so it’s up to security officer Terry Spann (Felicity Huffman) and sympathetic General Louis Crewes (Ed Lauter) to protect Harlan and his wife, Gina (Frances Sternhagen). Oh, and Harlan is getting younger and also occasionally his eyes glow green for no reason.

GOLDEN YEARS is one of the worst things I’ve seen. There is no sense of urgency or tension, no interesting action or horror or anything. Literally the most “action-packed” scene is a race between two people to access a computer file with one hand touching and misspelling the password. Condensing the seven episode (SEVEN EPISODES) run into about four hours, it is all filler with no killer. There are a couple (literally three) good lines and maybe two fun scenes, but it is so sluggish, so boring, with no hook at all for future viewing. The previous works for this column have been unevenly paced, this one is uniformly bland and awful throughout. It has a great cast (that also includes character actors Stephen Root, Bill Raymond, and John Rothman) that is just utterly wasted and an interesting premise (old man gets young and is hunted by the government) that goes nowhere. Oy.

Sorry to be a Debbie Downer, but my god did this thing infuriate me for four hours. And I’m pretty sure the version of “Golden Years” they use in the end credits isn’t from the Bowie recording, but some instrumental cover. Ale — am I alone in my frustration? You tend to see more positive aspects of these things than I, what did you like about this? Where would they have gone with a full-length series?

Alejandra Gonzalez: Rob, I’m starting to think we’ve entered a long, dreadful stretch of awful king mini-series and I feel horrible for saying that because you’re right, I absolutely do try to see the positives with art that I didn’t particularly love. I’m not sure there was anything I really “liked” about this. Much like we mentioned with SOMETIMES THEY COME BACK, though, if I absolutely had to pick something I guess I would say the acting was at least tolerable, Huffman’s in particular. I agree with you about Bowie’s song, and maybe sitting through the long and torturous 4 hours just to hear what seems to be a cover of Bowie’s “Golden Years” during the credits is worth it (it’s not!) I am mainly upset because, again, the premise has such potential to be interesting. 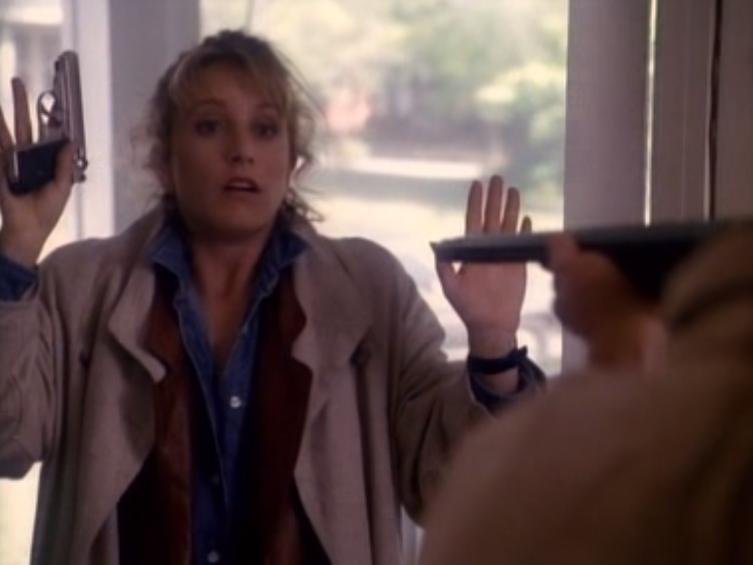 I think maybe it suffers in the same way THE CURIOUS CASE OF BENJAMIN BUTTON does. If you’re going to age a character in reverse (an entire lifetime at that), the product is going to end up being really long and potentially really slow, which is a deadly combination. I guess we try to watch these so nobody else has to. I’m not sure they could have continued this in a way that was interesting. What would you have done differently? Or, what would you have done if you had the opportunity to continue this? I know they changed the ending for home video in order to give it more of a resolution but part of me wonders if it would have gotten any better had they continued.

Rob Dean: Oh thank goodness. When I said on Twitter that I watched this, some people said they remember enjoying it and I was worried that I’ve just become far too cynical. So it warms my cold, dead heart to hear that you agree that it is terrible. I agree that the better half of Filliam H. Muffman does well as Terry Spann, and she’s even responsible for my favorite dialogue in the entire four hour runtime: When General Crewes is asking Spann about her relationship with Andrews, he says, “Were you intimate?” And she responds with, “Yeah, very intimate — we killed people together.” That’s a great line! Too bad nothing else even remotely approaches that in the rest of the miniseries.

I was also reminded of THE CURIOUS CASE OF BENJAMIN BUTTON and COCOON, in that GOLDEN YEARS deals with reverse aging. But at least those two films say something about life and aging, or at least have some fun with the concept. Harlan’s de-aging has zero impact on the plot, except for the made up ending for the home video release. In the original airing, Harlan is captured by The Shop (nefarious government program) and then Crewes and Spann resolve to track him down and rescue him. In the home video release, Harlan and Gina disappear into a time vortex or something based on his mutations? I guess because previously it was shown that Harlan’s metamorphosis had an impact on the outside world when he completely screwed up Earth’s rotation around the sun (albeit just in southern Illinois). There are no themes in GOLDEN YEARS, no motifs, no commentary on aging or even anything clever done with a younger version of the protagonist. This is a project that misfires on every level and I can’t imagine anyone’s attention actually being held by the complete lack of impact that any of the action has. Presumably the ongoing series would have been in the mold of THE FUGITIVE/THE INCREDIBLE HULK where the group wanders from town to town and helps out folk while remaining one step ahead of Johnny Law. The writers and directors didn’t do enough to make Harlan or his affliction interesting to make that storyline work at all.

GOLDEN YEARS does have two Stephen King references in it — the traitorous hippie is named “Captain Tripps,” same as the name of the superflu that wipes out most of humanity in THE STAND. And the outfit that Spann worked for and Andrews operates under is named The Shop, same group that hunts down the family in FIRESTARTER. Beyond those two shout outs (and the King cameo as a cantankerous bus driver), did you detect any other King patterns or themes in this one? What was up with the mad scientist who seems to be written and directed completely differently than everyone else in this show? And is Andrews the most talked-up villain that does very little to earn his reputation? 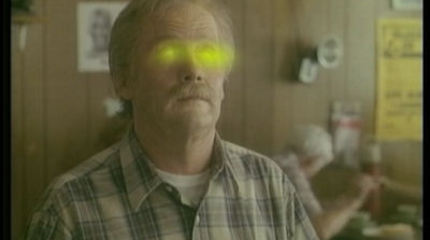 Alejandra Gonzalez: I also saw that on Twitter most people seemed to have a positive reaction, and it made me feel like maybe you were just a tough critic until I actually sat down and watched it for myself. Sometimes I feel like there’s a subconscious bias with figures as beloved as King. If someone can sit through GOLDEN YEARS and enjoy it, even if there is some bias, then that’s awesome, but I think this is pretty objectively ineffective. And like I said, it doesn’t help that when it finally starts to pick up, even if ever so slightly, we’re presented with a cop out “resolution” since the show never continued. I feel like we didn’t get much revealed to us about the regenerative agent or its effects. It’s like they didn’t even try with that strange “phasing out” ending. Ugh. I think I would have been happier with an “it was all a dream” ending… and those are essentially a cinematic sin. WHAT WAS THE POINT OF THIS?

Upon doing some research, I saw that King meant for it to be like “a novel for television” (isn’t that what all television is?), which I can see in terms of pacing but I don’t find myself able to agree in any way beyond that because of exactly what you said. GOLDEN YEARS seems trite and meaningless. I kept waiting for Harlan to do something profound with this new power, and it never happens. As you mentioned, there’s no payoff or real explanation of how this is happening to Harlan or its influence on the actual unraveling of events. Did we miss something?

As far as King patterns go, I feel like this one was at least the freshest we’ve covered so far. So far, all the adaptations we’ve covered have been supernaturally inclined. This one differs in that it’s science fiction, which also allows for new kinds of characters. Actually, a perfect example of that would be the mad scientist. I actually enjoyed (can I even use that word?) the character! My final verdict is that I wouldn’t recommend this to… anyone. Save yourselves!