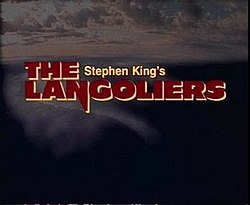 Stephen King is the most influential voice in horror of the late 20th century. His books have been best sellers since his debut and have gone on to spawn numerous adaptations in film, TV, video games, and other media. King Of All Media looks at those adaptations, starting with his TV miniseries in chronological order. Each week Alejandra Gonzalez and Rob Dean will discuss a new miniseries project of King’s — with today’s installment being on the last two parts of 1995’s THE LANGOLIERS, adapted and directed by Tom Holland.

Rob Dean: While I watched THE LANGOLIERS when it first aired on ABC in May 1995, I wasn’t really aware of who Tom Holland was at the time. I had seen CHILD’S PLAY, and read a bunch of FRIGHT NIGHT comics but hadn’t seen that film. So now, after having seen much of his output including those two genre classics and rewatching his adaptation of King’s novella, I’m not exactly sure how I would define a Holland work. I guess if I were awoken from a dead sleep and asked “what makes a Tom Holland film,” my answer would be a horror story that attempts to ground fantastical elements in the mundane parts of mainstream thrillers. And there are certainly moments in THE LANGOLIERS where the writer/director does that… but hoo boy, is it an uneven miniseries.

THE LANGOLIERS concerns 10 passengers on their way to Boston from Los Angeles who awaken to discover everyone else in the plane is missing. They land at Bangor, Maine airport and find that place deserted as well. Eventually it becomes clear that they flew threw a rift in space and time and ended up in the past, where everything is stale and waiting to be consumed by the titular monsters, nature’s temporal garbage disposals. The whole thing plays like a Stephen King twist on a forgotten TWILIGHT ZONE episode, but drags so much to fill out the two-part run time.

The miniseries also isn’t helped that everyone in the film is in their own movie and delivering wildly different takes on acting. Bronson Pinchot plays the weaselly, murderous, and psychopathic Toomey and is swinging for the fences with broad acting and hammy villainy that it’s actually pretty entertaining. Then there’s Dean Stockwell as the mystery novelist Bob Jenkins, who delivers his lines like Garth Marenghi auditioning for Sherlock Holmes. Patricia Wettig and David Morse turn in subdued performances as a mousy teacher and mourning pilot, respectively, while sharing the screen with a wooden Kate Maberly as the blind psychic Dinah. Rounding out the cast is Mark Lindsay Chapman, as a British assassin whose dialogue is like a pirate transcribing Dick Van Dyke’s performance in MARY POPPINS; Frankie Faison as an incredulous and doomed everyman; Kimber Riddle as a 4 Non Blondes lookalike who might need “a rehab” as they put it; SLEEPAWAY CAMP‘s Christopher Collet as the excitable boy genius sidekick to everyone else; and lastly Baxter Harris, who has two characteristics which is he’s always hungry and always sleepy. There is so much switching between styles and tones and interpretation of acting that it gives real whiplash while watching.

Ale — what did you think of the various acting modes on display? Were there performances you liked and did they play off each other well? And, looking over his filmography, how do you think this fits into Holland’s career?

Alejandra Gonzalez: Before I address your questions, Rob, I would just like to say that although our streak of miniseries that I actually enjoyed was short and sweet, I appreciate it now more than ever because I was so unmoved by THE LANGOLIERS. You’re right in that it was wildly uneven, but I thought most of it was really uninteresting and I had a better time laughing at some of the characters than I did actually watching the miniseries. I wasn’t surprised by any means, I don’t think I’ve heard a single person rave about THE LANGOLIERS in my entire life.

Even more wildly uneven was the acting in this, as you mentioned. I was also slightly anticipating that because you had mentioned it, but I was not prepared. At first, I thought Pinchot’s performance was cringe-worthy but it turned out to be the most amusing element in the whole miniseries. It was so… wired. Mostly everyone else was unmemorable, but the way some of the lines were delivered incited some laughter in me when I don’t think they were supposed to. Particularly Dinah’s “… maybe it’s because I’m blind.”

I can hardly believe the same person who was capable of directing one of the most beloved horror movies of all time was capable of directing this. FRIGHT NIGHT is one of the most fun, exciting, and energetic horror films I’ve seen. I have no idea what happened with THE LANGOLIERS. Are there any factors you know about that I may be oblivious to that affected the quality of this? 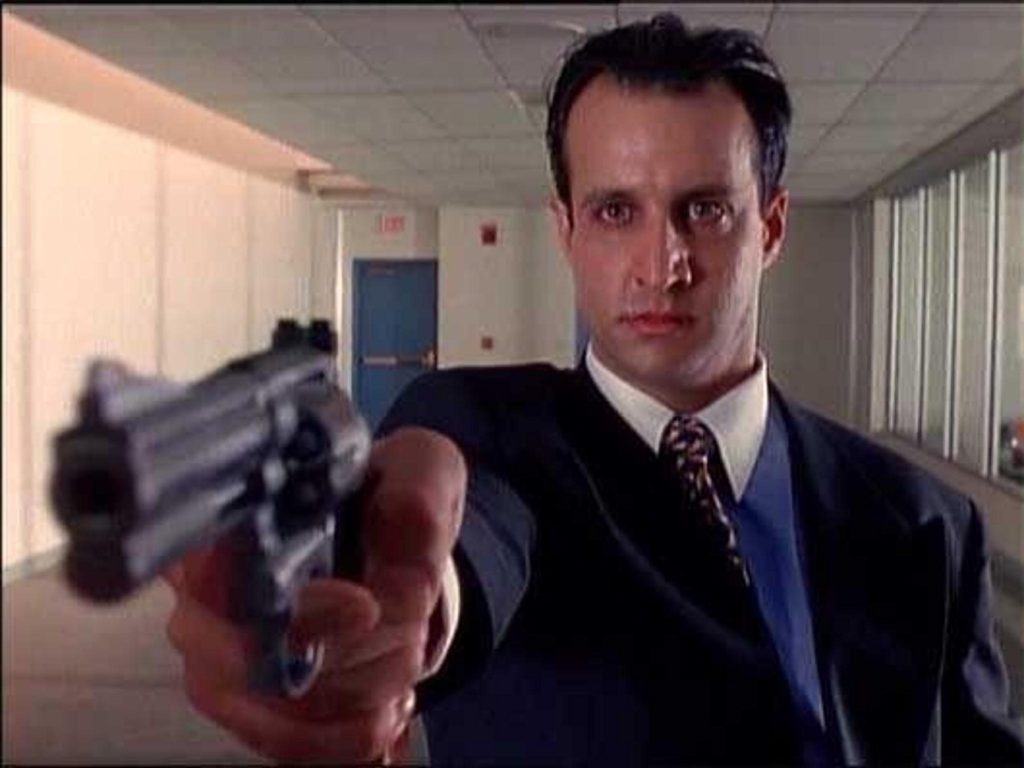 Rob Dean: Yeah, THE LANGOLIERS is a pretty dull entry marked by uneven performances and abysmal CGI. I don’t know of any behind-the-scenes derailment that led to this stillborn miniseries; as far as I can tell, the only change in plans was to go from puppets for the titular beasts to the aforementioned awful computer F/X.

I was also struck how LANGOLIERS is probably the King-iest King adaptation. It contains the following:

— Helmed by a Master Of Horror

With all these King bingo boxes being checked, it’s a shame that the miniseries ends up being so dull.

The other thing I pondered while watching Holland’s two-part story was how much of an influence this miniseries probably had on LOST. King was an oft-mentioned influence on the writers/producers, with THE STAND being a key touchstone for them. But this really feels like a precursor in a lot of ways (odd flashbacks, different backstories, magical powers, time travel, flying, etc)

So, having survived the blahness of THE LANGOLIERS — what do you think? Could it be salvaged by a better edit? Can it survive as a “so bad it’s good” entry? Or is it merely doomed to the forgotten bins of horror trivia nights? 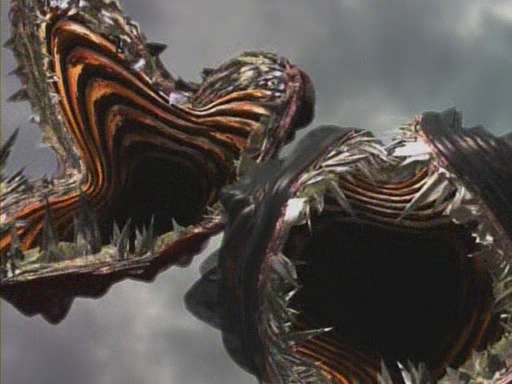 Alejandra Gonzalez: To be honest, I feel like how bad it is is what has kept it alive all these years later. I had never heard of GOLDEN YEARS or even SOMETIMES THEY COME BACK before embarking on this journey with you, but I had always heard of THE LANGOLIERS as being bad, but necessary.

Speaking to what you said about THE LANGOLIERS potentially having influenced LOST, it wasn’t something I previously considered but it makes a lot of sense and the potential impact is absolutely present. I guess I would say that LOST salvaged the only elements of THE LANGOLIERS that could be salvaged. Offline, we spoke about how this felt even older than previous miniseries we’ve covered, and you suggested that it may be because it feels like an episode of the TWILIGHT ZONE (which you mentioned earlier, too), particularly the episode “Nightmare At 20,000 Feet.” If nothing else, it is interesting to consider the trail of influence from the TWILIGHT ZONE to THE LANGOLIERS and then LOST. I think that alone makes it worth visiting, though I hope there are no more THE LANGOLIERS on our journey through the rest of these.