Stephen King is the most influential voice in horror of the late 20th century. His books have been best sellers since his debut and have gone on to spawn numerous adaptations in film, TV, video games, and other media. King Of All Media looks at those adaptations, starting with his TV miniseries in chronological order. Each week Alejandra Gonzalez and Rob Dean will discuss a new miniseries project of King’s — with today’s installment being on the last two parts of 1994’s THE STAND, directed by Mick Garris.

Rob Dean: As we delve into the homestretch of 1994’s THE STAND, I must admit I was reluctant to revisit this miniseries, because I remembered how limp the ending was in vision and execution (in the novel and its adaptation). The preceding 5.5 hours are fairly strong, but that climax remains an unfortunate dip in dramatic energy and narrative power. The obvious two literary influences on King’s opus is The Bible and Tolkien’s THE LORD OF THE RINGS, which has similar issues with sticking the landing after an epic tale. But let’s not dwell on that, and instead focus on the good parts. Part Three, “The Betrayal,” finds a fox in the hen house as Harold (Corin Nemec) enacts deadly revenge against the inner circle of Mother Abigail’s camp over assumed grudges.

If there weren’t history books filled with examples of this very thing, King’s work can almost be called prescient for having the murderous traitor be an inadequate and insecure white nerd who feels overlooked and entitled to greater recognition and even a girlfriend. Nemec is pitch perfect as the weaselly Harold, and Laura San Giacomo is both wicked and tragic in the role of Flagg’s siren and eventual bride, Nadine.

Part Three also has the gut-wrenching hypnosis scene, as Tom Cullen (Bill Fagerbakke) is recruited to be a spy who will infiltrate Flagg’s Las Vegas base. The acting in the entire miniseries is pretty great — especially Ray Walston in the final two parts — but this scene is filmed, scripted, and performed in such a way that makes it hard to watch, and rather upsetting. It may be the only real emotional response that Garris elicits from me.

What did you think of the final two parts of THE STAND? What did you make of “The Betrayal,” and the final confrontation between the two groups? Does Flagg’s Las Vegas or the trek to enter barbaric lands remind you of anything? 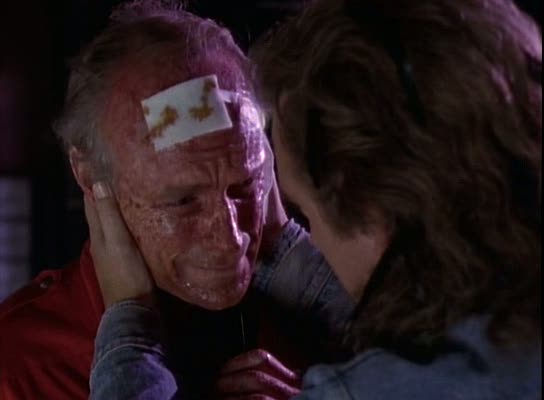 Alejandra Gonzalez: I actually completely agree with most of what you said (even the LORD OF THE RINGS dis!) about these last few parts. I enjoyed THE STAND more than I anticipated and found myself really caring about the characters, which I think could be attributed to how much time we spend with them. Larry, for instance, I didn’t care much about at the beginning but he became one of my favorite characters by the end. What should have been the end, rather; everything after Las Vegas being destroyed felt very strangely paced and almost anti-climactic, though I know they had to bring everyone back together. What would you have done differently to make it work? I tried thinking of something, but I’m not sure what order of events would have served as a more satisfactory resolution. That being said, I don’t think it breaks the miniseries, and I still think this is objectively the best one we’ve covered so far.

The hypnosis scene is extremely powerful, but unlike you I had many emotional reactions throughout this. It was a shorter moment, but when Stu breaks his leg and Larry refuses to leave him behind really stuck out to me. Speaking of Ray Walston, during this moment he delivers a line about how school is out so he’s not a professor anymore that really breaks my heart for some reason. His character also turned out to be one of my favorites.

I was also surprised at how disturbing some of the imagery was, especially in part 4. For example, towards the beginning of it, we see a crucified body, and then later Nadine and Dayna’s suicides were difficult to watch. As far as “The Betrayal” goes, there was something missing for me when it came to the tension between both groups, especially in this part, and I can’t really put my finger on it. Do you feel the same way or do you think the way the rivalry was presented was effective? 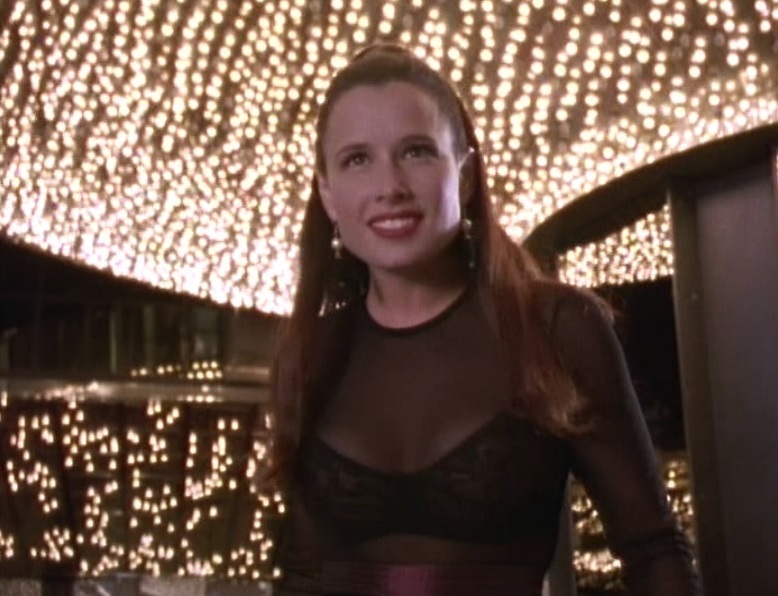 Rob Dean: I also grew to love Larry — mostly because he has a great arc, and seems genuinely terrified at the sacrifice he’s being forced to make. I think “The Betrayal” works so well for me because it’s about the old rivalries rearing their heads, even in in the ruins of the new one. Also, because I find the angry beta male terrorist so dead-on accurate in its portrayal that makes it a startling entry in THE STAND.

My main issue with the coda mainly comes down to execution I think. There’s no dramatic tension with Stu’s illness or with Frannie’s pregnancy. And then there’s the horrible CGI and super-imposition of Mother Abigail and others. Again, this is a problem with the book as well so it makes sense King brought it over to his teleplay. I don’t know how it should end, but I know that a literal hand of god was a bad call.

Did you think Flagg was a good villain? And ultimately how do you rate King’s vision of the apocalypse? 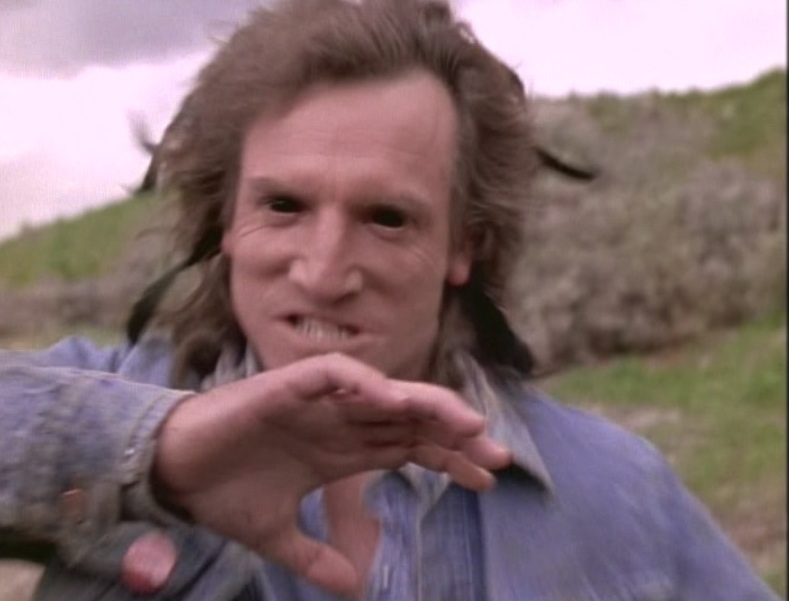 Alejandra Gonzalez: I liked Flagg as a villain, but I didn’t necessarily think he was great. I’m not sure if it has to do with the Bob and Evil Cooper from TWIN PEAKS love child aspect we talked about last week, or if it was the denim on denim, but he didn’t feel particularly menacing. I did like his wit but I couldn’t really take him seriously when he would change from his human form into his horned demon form.

Still, I don’t mean any of this as a knock on the miniseries, I think it was still really effective and I think King’s apocalypse felt like the best representation of what the end of the world might feel like that I’ve seen in a while (remember, THE STAND was new to me!), especially in terms of pacing and how divisive an apocalypse could be, though you’d think it’d bring everybody together. It reminded me a lot of THE WALKING DEAD in that way. I think thus far this is the best series we’ve covered but it’s not my favorite because I choose to remain faithful to TOMMYKNOCKERS. I hope our streak of great ones continues!