Stephen King is the most influential voice in horror of the late 20th century. His books have been best sellers since his debut and have gone on to spawn numerous adaptations in film, TV, video games, and other media. King Of All Media looks at those adaptations, starting with his TV miniseries in chronological order. Each week Alejandra Gonzalez and Rob Dean will discuss a new miniseries project of King’s — with today’s installment being on 1993’s THE TOMMYKNOCKERS, directed by John Power. 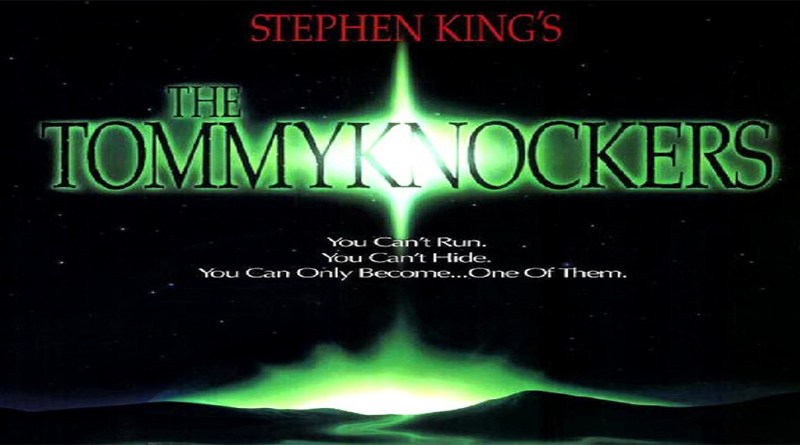 Rob Dean: THE TOMMYKNOCKERS is a two-part miniseries that aired in May 1993. The story is about a sleepy town in Maine that is slowly infested by an extraterrestrial signal that mesmerizes locals. Under the sway of the titular creatures, the townspeople begin excavating a long buried spaceship as well as killing folks and inventing weird machines. Alcoholic Jim Gardner (Jimmy Smits) is immune to the signal, due to a plate in his head, and is one of the few people that tries to stop the invasion.

Stephen King’s bouts with substance abuse are long storied. He has since looked back on that time in his career with a lot of disdain, noting that he thought the 1987 novel THE TOMMYKNOCKERS was an “awful book.” But whatever problems King may have had with his output during those years, this miniseries is actually… pretty good. Perhaps it’s a relative opinion based on viewing it after GOLDEN YEARS, but the 3 hours of TOMMYKNOCKERS works well by establishing a sense of location, creating a feeling of menace, and delivering a strong meditation on the effects of addiction.

I haven’t read the source material, but the television event is essentially a rural American retelling of QUATERMASS AND THE PIT where an ancient alien evil psychically attacks the populace. King has already proven adept at relocating and re-contextualizing previous tropes (SALEM’S LOT, for example), and this is another effective interpretation. I was pleased to find layered characters and an enticing throughline of the menace infecting these people. There are creepy moments—involving dolls, a TV instructing a woman to kill her philandering husband, some general spooky imagery—and it never lags as much as the previous entries.

Ale — what did you think of THE TOMMYKNOCKERS? Did the various allegories about addiction, technology, and nuclear power (?!?) work for you or were they too obvious? If nothing else, aren’t you glad you never have to watch GOLDEN YEARS again? 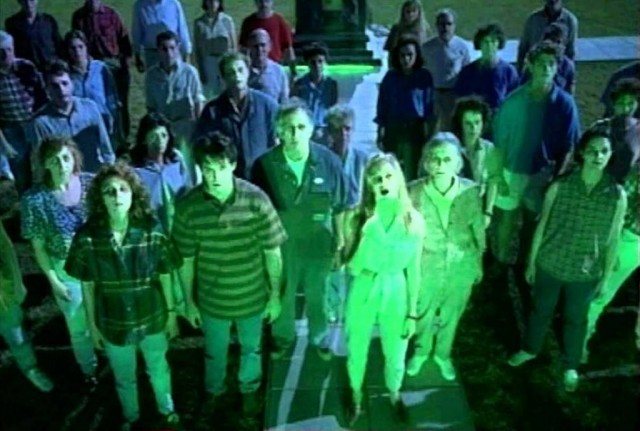 Alejandra Gonzalez: I am so relieved to say that I genuinely enjoyed THE TOMMYKNOCKERS through and through. Like you, I can’t be sure if it’s because it’s really solid or because it’s the first thing I’ve seen since we covered GOLDEN YEARS, but there’s so little that I could say about this that’s negative. This is the first miniseries we’ve covered that I feel is even all the way through in that it never lost me for a second and doesn’t really seem to lag at any point. In regards to your question, I think the allegories worked well. I liked that Gardner’s literal alcohol addiction ran parallel to the symbolic alien stuff that was controlling the town. I also really loved Smits and Marg Helgenberger as the lead couple in this, as well as pretty much everybody else, which made some of the town’s occurrences feel authentically heartbreaking to me.

This felt a lot like a really sci-fi’ed version of TWIN PEAKS (THE X-FILES?) to me, which is an automatic win in my book. I’m so glad it wasn’t another GOLDEN YEARS, I was beginning to worry. I know you mentioned that King didn’t think the book was great, but would you say that this was good enough to make you want to read the source material? I haven’t read it either, but I’m thinking I might now! 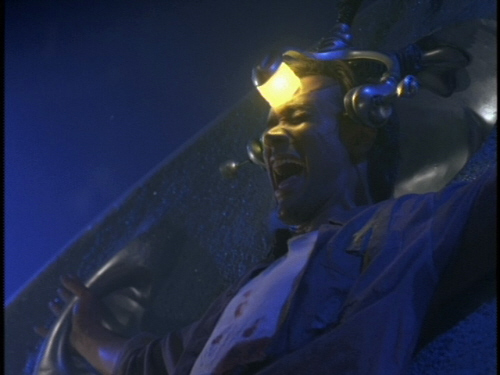 Rob Dean: Glorious, glorious freedom from GOLDEN YEARS! I definitely got a TWIN PEAKS vibe, too — mostly from the all the forest shots and even the font in the credits were reminiscent of Lynch’s show. I don’t think I’d read the source material, seeing how much King loathes it, but maybe I shall before the next adaptation that James Wan is doing. I agree that the allegorical elements of addiction work well. I was also mildly thinking (perhaps overthinking) that since the story ties in the addicted with developing new (and pretty goofy) technology, is King trying to tie in the idea of addiction to automation and other forms of technology? Or is that a reach?

I don’t think it’s perfect — I think the score is too sappy and soap operatic for 3/4ths of the running time. The camera work is very flat, but that’s the style of the medium of the time. The visual effects (like the super imposed green eyes and green laser beams) are really goofy, but that’s attributable to the time period and budget. And it’s very hard to make an exploding soda dispenser a tense or threatening situation. But other than that, it’s fairly well done and well paced. Director John Power came in after they started direction, replacing Lewis Teague (ALLIGATOR, CAT’S EYE, CUJO) after only two days, and seemingly delivered a pretty solid little slice of sci-fi horror. Power doesn’t have any notable credits to his name, mostly doing a lot of television series and TV movies, but he and writer Lawrence D. Cohen (who adapted CARRIE twice and IT the first time, amongst others) have produced the most consistently good adaptation of King’s work that we’ve seen thus far, I think. It doesn’t reach the high highs of SALEM’S LOT or IT, but it also eschews the terrible lows of the previous entries as well. 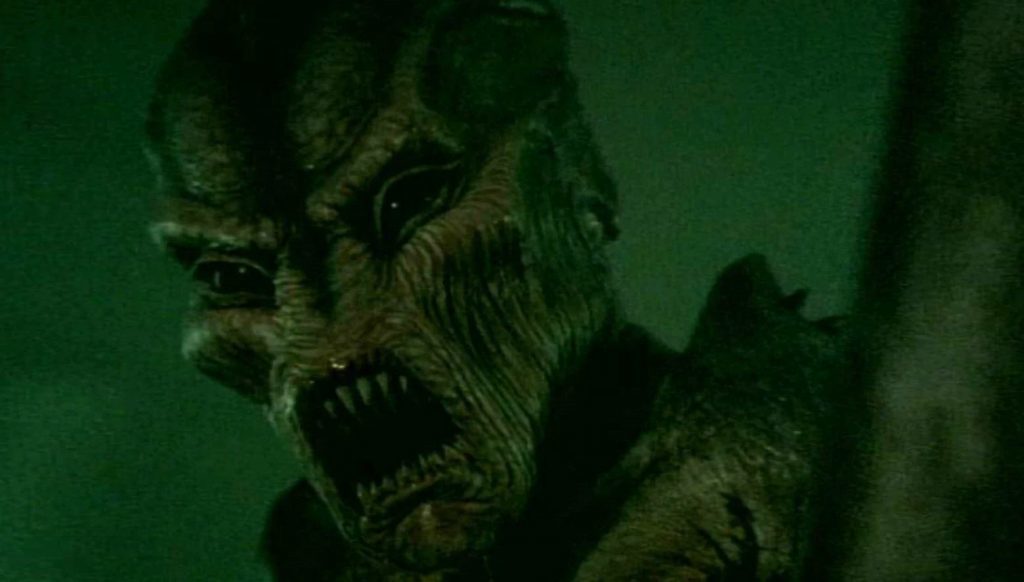 TOMMYKNOCKERS is interesting because it had massive ratings when it aired on ABC, but no one talks about it. It currently has an 8% from critics and 39% from audiences on Rotten Tomatoes. Why do you think it has been mostly forgotten? Why are the only reviews of it negative? And what do you hope is changed or addressed in the next adaptation of TOMMYKNOCKERS?

Alejandra Gonzalez: I don’t think what you said about addiction to automation is a reach at all! That’s exactly what I was treading on, and I thought I was reaching as well. I guess since we both thought it, perhaps there’s some truth to it! It’s funny you mention the soap operatic music because that’s what I found made me think of TWIN PEAKS the most, and I actually really loved it. To be honest, I loved most of the things you didn’t! I’ll admit that the visual effects were wacky, and also I didn’t buy that a kid in Haven, Maine would have a komodo dragon for a pet during that one scene at the vet, but the corniness of it all made me smile a lot and gave it a charming quality. I had a lot of fun with this one and I think it’s my favorite we’ve covered so far.

I’m not sure why the reviews are so low these days. I remember before watching this I mentioned to you that I was dreading it because of the scathing reviews and ratings I had seen. Like you mentioned, perhaps the whole thing doesn’t age that well because of its visual effects? I’ve also seen people call this pretty slow, but like you said, I find it to be pretty well paced and engaging. I truly did not expect to love it this much but I’m glad I did. Did THE TOMMYKNOCKERS just become another thing to add to my list of things I must champion that everybody else hates? Probably.

As far as another adaptation goes, I’m just pretty excited to see what they do to make the whole thing feel more terrifying. I guess that would be my only critique (if I had to pick one), I wish I felt more of the tension. The content has the potential to be really freaky, especially with aliens that are well done, but none of this really was spooky for me. It was just really good in general, and I am so excited to be able to say that! 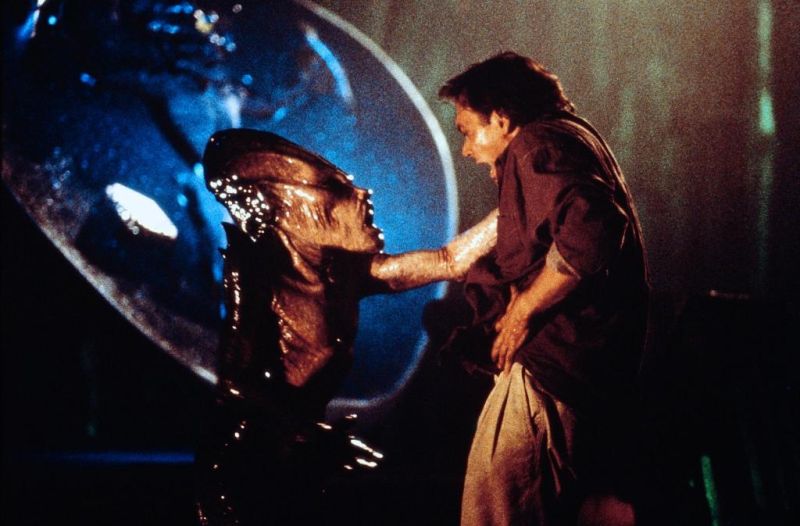