Wes Anderson’s ISLE OF DOGS may be given a run for its money by LAIKA, an utterly charming, whimsical, and funny animated musical about the famous space dog that died in the launching of Sputnik 2. In this alternate reality created by Czech director Aurel Klimt, Laika does not die but rather lands on a strange planet with an imaginative array of colorful creatures to befriend. These stop-motion wonders are all imbued with distinct traits and personalities. Since the brutal experimentation of forcing a dog as a test subject onto a spacecraft is portrayed in all it ugliness in the beginning, one can only surmise that Klimt fashioned the film as a response to that form of animal cruelty, in the answer of rescuing Laika and giving her an interesting new world and an array of new friends. Other animals shot into space join the community of outcasts to form their own idyllic society, continuing to flaunt the rules of scientific experimentation. 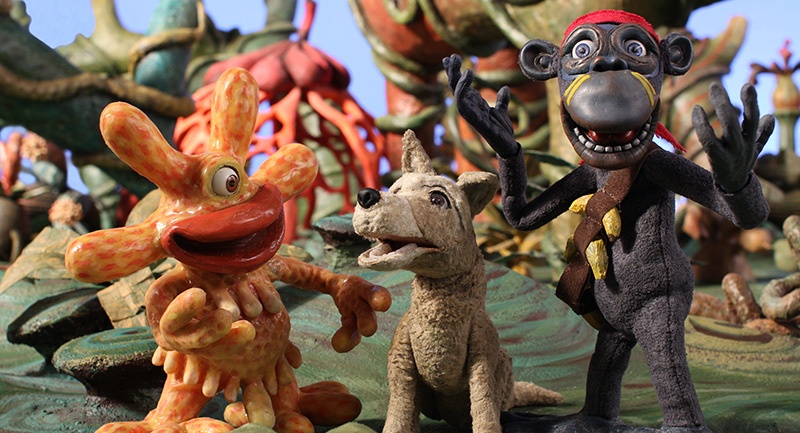 Catchy musical numbers peppered throughout the film always seamlessly reveal more about the characters or push the plot forward. They serve to enhance what is already the old-fashioned feel of the stereoscopic puppet animation. They also seem to fit with the somewhat rambling nature of the film, as the animals meet each other and explore their environment. Added up together, these elements create a universe of spontaneous joy and a childlike sense of wonder. 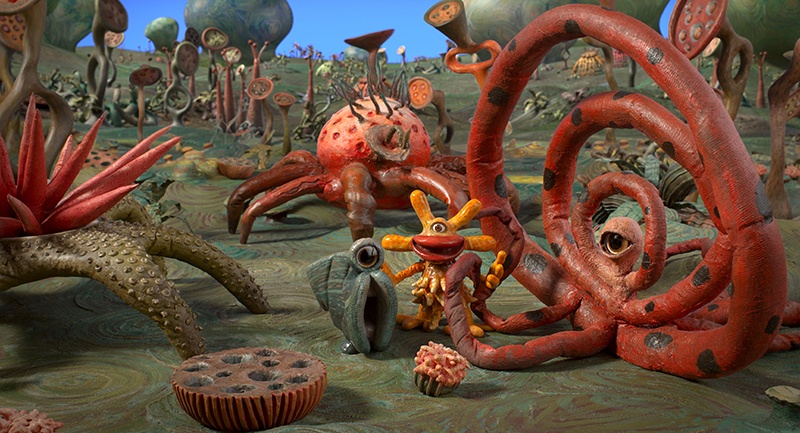 The little paradise these outcasts have created together is interrupted when a cosmonaut lands in their midst. He immediately begins threatening the environment by trying to eat other creatures and making use of a freeze ray. The animals and creatures must band together to challenge this new threat. The message of the film seems to be clear: Human interference in the name of science is a serious threat to a peaceful, natural environment. LAIKA is never heavy-handed, though, and is endlessly silly in the way it delivers this message. It prefers to speak through singing and bananas.

Laika blends many genres together flawlessly: animation, comedy, science fiction, and musical. It raises many questions about animals, their natural habitats, and their relationship to humans. Maybe most importantly, it is a joy to watch, both for its old-school puppet animation and for the many inventive creatures it brings to life. It is an unassuming but completely effective and memorable film.