Home  ⁄  The Wire  ⁄  CHAINED FOR LIFE Is Playful And Joyfully Spirited

CHAINED FOR LIFE is prefaced by a lengthy quote from Pauline Kael about the necessity of beauty in actors, because it makes the viewing experience more pleasurable for the audience. Make no mistake about it: this is a message movie. It is, as predicted by the quote, a movie about beauty, superficiality, and society’s expectations of these things. What is unexpected is that it is not a heavy-handed movie. It is, in reality, a playful, joyful, spirited one. It is also incredibly nuanced in its portrayal of inner and outer beauty, and where the borders blur between those two. It is also not an accident that writer-director Aaron Schimberg draws upon Tod Browning’s classic outsider film FREAKS for inspiration (with the iconic “one of us” chant even referenced toward the end). But in a Q & A Schimberg said he felt that film was still problematic in its portrayal of “freaks.” He seems to have nothing but empathy for the disfigured, the disabled, and the malformed. There are few things we have less control over than our physical appearance, and yet there are fewer things that have more control over our lives. 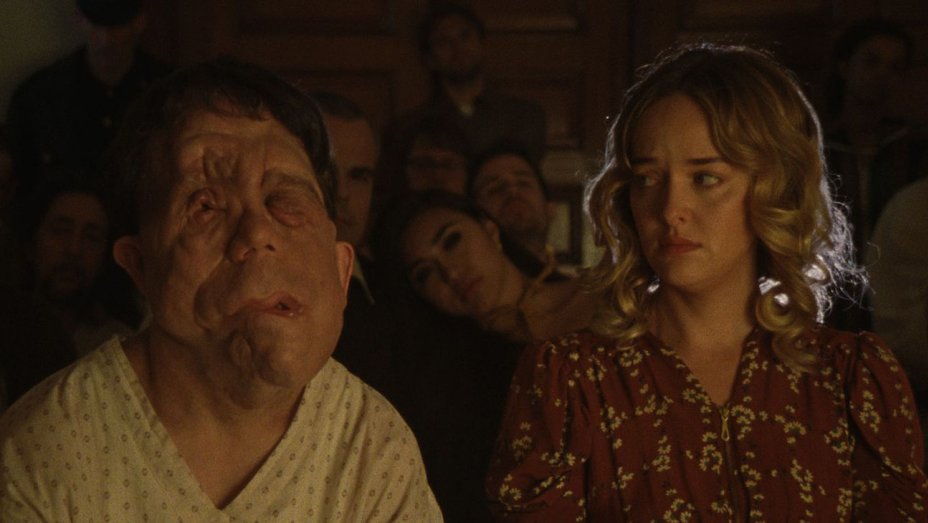 In what is about to become a more meta-than-meta hall of mirrors, the film opens with the beautiful actress Jess Wexler, playing Mabel, navigating a long hospital hallway. The grainy, colorful feel of the super-16-mm film in these opening shots replicates the kind of throwback horror B-movie we soon find out she is acting in. Within it she plays Freda, a blind woman who is seeking a cure from a vaguely Nazi-like doctor. She is surrounded by a cast of the disabled and deformed, but most notably Adam Pearson (Under the Skin), who plays Rosenthal. Rosenthal has neurofibromatosis, which leads to severe facial malformity.

In the film, Freda is attracted to Rosenthal, partially because she cannot see his face. Outside of it, she may be attracted to him too, though that is complicated. There is affection there and some bonding about the weight physical appearance bears on their lives. The movie takes ample opportunity to play with this off-screen relationship, often portraying what seem to be real romantic scenes only to have the director call “Cut” at some point. At one memorable moment Rosenthal compliments Mabel’s acting skills, and has her manufacture facial expressions. At one point empathy comes up. “Oh, that’s a hard one,” he says. 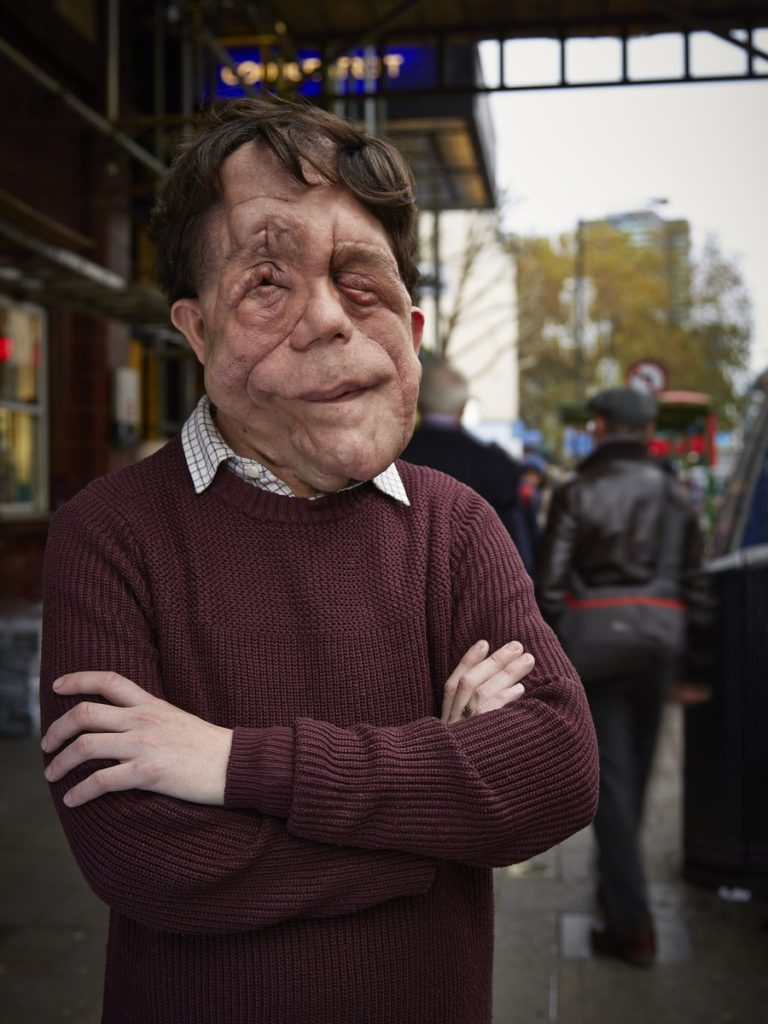 What is sure to be lost in the shuffle when discussing this film is just how funny it is. As referenced above, there are many moments where the audience becomes engrossed in a scene just to hear the “Cut!”. The director, Herr Director, is clearly a parody of Herzog and has a very hilarious monologue comparing a scene Rosenthal is doing to Orson Welles’s appearance on The Muppet Show. There is a party where Mabel questions whether or not one of the attendees is a real hermaphrodite, and whether the conjoined twins there couldn’t be easily separated.

Schimberg’s meta-fictional style may not be for everyone. At times it is jarring and disorienting to become emotionally invested in a scene only to have the rug pulled out from under you and realize it is part of a movie. And it can be difficult to navigate the twists and turns of character development when what is happening on-screen mirrors reality, like the blossoming relationship between Mabel and Rosenthal. But for those who can follow challenging, unconventional plot lines, the intersection between art and life is rewarding and fascinating. In the film-within-a-film, the outsiders are seeking an almost magical cure to their maladies. Outside of it, they are navigating a difficult life with all the obstacles they must overcome. Rosenthal is depicted as a kind, gentle soul who would be easy to fall in love with.

CHAINED FOR LIFE is certainly not a film to everyone’s tastes. Its structure makes it hard to follow at times, and its acceptance and even celebration of outcasts may be off-putting to some. But for the right viewer, the creativity and respect Schimberg imbues this project with is a wonder to behold.