When I first saw LAKE MUNGO, I had almost no idea what to expect. I had added it to my Netflix DVD queue and got it in the mail a few days later, excited to watch something I saw suggested on Bloody Disgusting. I was a relatively young horror fan and hungry for the weird; I couldn’t be bothered with classic horror when there were people innovating the genre now (I later realized the flaw in that logic, but don’t fault a high school student for being a little naive). When I put LAKE MUNGO in the DVD player and pressed play, I was enthralled and slowly realized that what I was viewing was my first horror film that dealt with the complexity of grief. I couldn’t tell what was real, what wasn’t—but all I knew was it would be a film that would weigh on my heart forever.

LAKE MUNGO is a faux documentary, shot like something you’d see on A&E or SyFy. After a young girl named Alice (Talia Zucker) drowns, her family begins experiencing what they can only describe as supernatural. A filmmaker begins to interview and document the Palmer family as they process both their grief and the events unfolding around them. But, this is more complicated than just a ghost story; this is a story about a family trying to make sense of a death come too soon.

I had never experienced sorrow when watching a horror movie up until this point. I had obviously been scared, entertained, amused, but sorrow was never an emotion I associated with the genre—until I watched LAKE MUNGO. It is such a profoundly sad movie because of how much the three actors from the Palmer family pour themselves into the roles of a grieving father, mother, and son. Their desperation and confusion at the unfolding events feel genuine, much like how it feels to spiral out of control when you lose a loved one.

Perhaps the most devastating performance is from Martin Sharpe who plays Alice’s brother, Mathew. He was really close with Alice, and her death hit him hard, so hard that he turned to the extreme for coping with her death: faking a haunting. He seems so convinced that this would bring closure to his family, that it would bring some sort of comfort. And how could you blame him? Processing grief is hard enough, especially when you’re a teenager and you’ve lost your sister. While it is not the most responsible way to confront your emotions, Mathew’s actions illustrate the complexity of the grieving process and it manifests in different ways for different people. 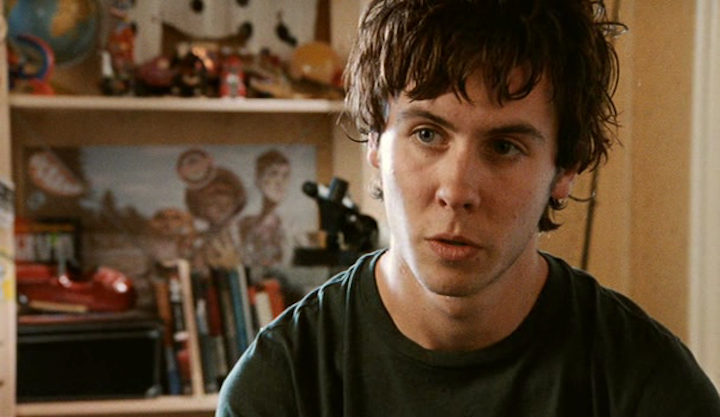 This nuanced look at grief adds a layer of authenticity to a film that is already blurring the lines between truth and fiction. While the film’s style is already questioning the idea of authenticity, the filmmaker pushes that idea even further by introducing a mystery around if the haunting is real or not. Is this a movie about ghosts or just a profoundly upset kid or is about something else entirely? LAKE MUNGO doesn’t give you an answer right away, pushing you deeper into its enthralling mystery.

As previously mentioned, LAKE MUNGO’s faux-documentary style is crucial in establishing the blurring of boundaries between truth and fiction. I say faux-documentary instead of mockumentary because this does not feel like it is parodying or poking fun of the style of filmmaking seen so often in shows about the paranormal. Instead, this borrows from that existing genre to create something so poignant and full of emotion. Reality TV shows about ghosts feel so forced and fake, fabricated in the name of better ratings. LAKE MUNGO, however, has nothing to prove other than it can be damn scary and heart-shattering at the same time.

LAKE MUNGO even utilizes the style of found-footage horror to show instances of doors closing on their own or shadows walking through rooms. It blends together the elements of so-called “truth-telling” to create a strange experience that feels so emotionally authentic when it is marketed as fiction. It is disorientating, in a good way, as it forces the viewer to question what it means to portray the truth on screen.

Grief and horror, I have since learned, go hand-in-hand and LAKE MUNGO taught me that valuable lesson. This film taught me to open my eyes to more than just the experience of fear in horror and what the genre can teach you about what it means to be human. Horror is more than just a monster, a knife, and blood; it is the way that tragedy strikes and completely changes the trajectory of your life. LAKE MUNGO is a film that profoundly changed my relationship with the genre, and for that I am grateful. 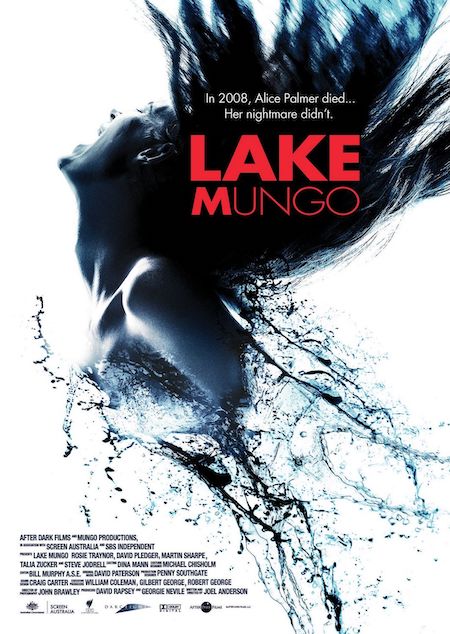 [Editor’s Note: LAKE MUNGO hit the festival circuit in 2008 and 2009, but wasn’t officially released until the 2010 After Dark Films DVD.]