SXSW 2020 may not have transpired in the same fashion as previous years but fortunately for Daily Grindhouse, we were given access to a multitude of content in the form of a virtual online library. While trying to get over my forlorn fantasies of brisket and tacos that will never be consumed, I dove into the comforts of terror, anxiety and certain doom in the hallowed section of Midnight Shorts and found a creepy gem in STUCCO.

Written and directed by Janina Gavankar & Russo Schelling, STUCCO invites us into a sadly familiar world of isolation and fear in a highly stylized short film that shows cinematic prowess in a matter of moments. 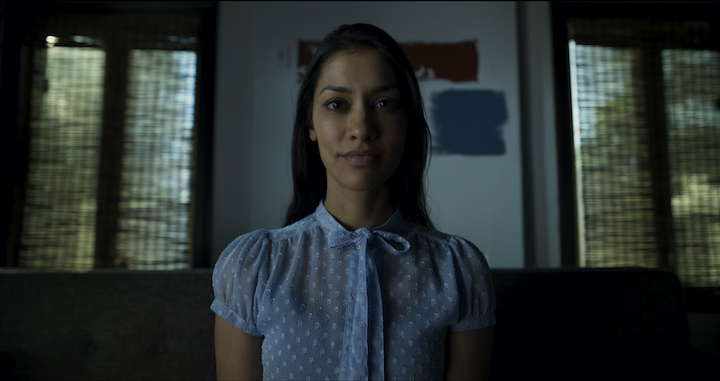 J (Gavankar) has moved into a beautiful modern home and appears to have it all together. The warning signs of unpacked clutter, a myriad of unreturned voicemails from past boyfriends, and a concerned boss’ video conference call all signal that J’s life is far from perfect. Her only sources of pleasure are a yoga Youtube vlog, food delivery, and adorning her walls with artwork—all activities requiring minimal social interaction

Unfortunately, her first nail to hang a frame appears to have exposed a hollow wall—one with a golf ball-sized hole in it now. 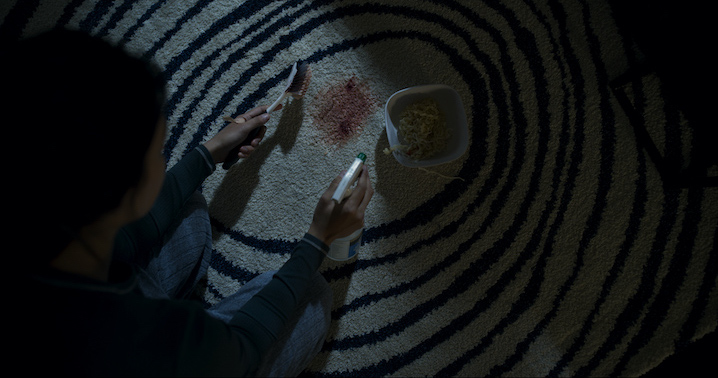 STUCCO is beautifully shot by Quyen Tran whose camera is focused claustrophobically close on J as she defers the obligations that seem to intimidate her the most and struggles with the mystery of what could be behind the crumbling facade of her now irrevocably damaged wall. Gavankar shines in her performance, conveying various subtleties of unease and apprehension. 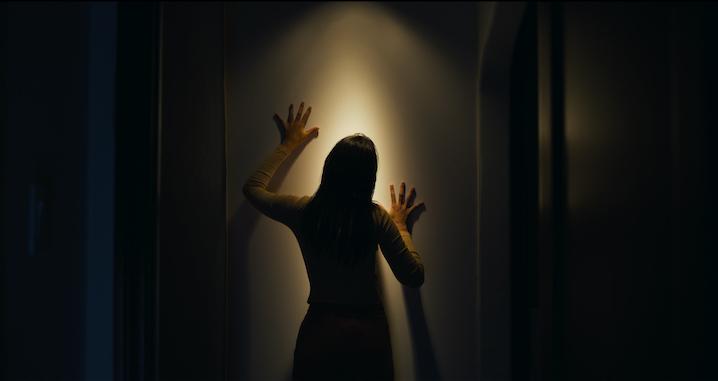 The film also features nearly easter egg cameos by a slew of people, including Debra Messing and Aisha Tyler, which add to the layered mystique of what is unraveling before the audience.

The score of STUCCO (by Ahmir-Khalib Thompson, aka Questlove) and its sound design (by Csaba Wagner) come together to create soundscapes that are chilling and atmospheric. The illusive sounds and imagery all aid in creating a very effective experience. 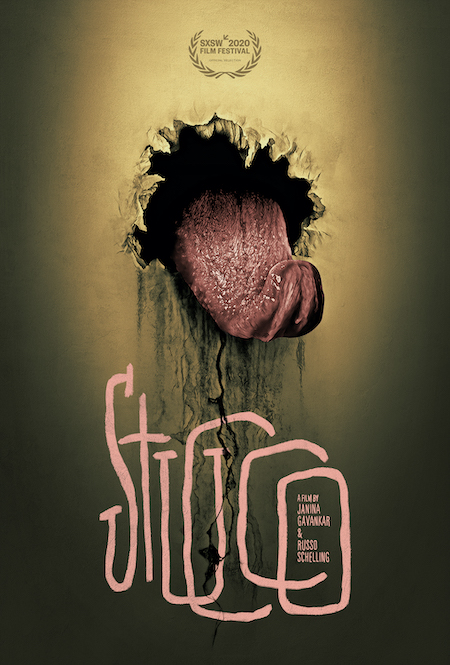 I think you’ll be drawn in by the key art alone. But if that isn’t enough and without spoiling any details, practical effects are excellently crafted to unsettling results as well.

STUCCO is publicly available for viewing right now on Alter (embedded below). I hope you enjoy it as much as I did and look forward to seeing future projects with this female driven cinematic team at the helm!