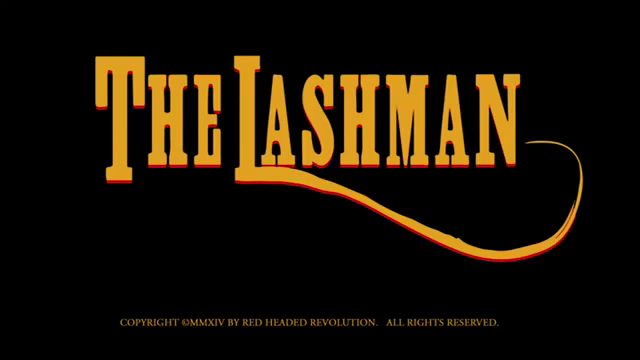 Another week, another low-budget slasher film. Cameron McCasland’s THE LASHMAN tells the familiar tale of a group of young people spending their final weekend of summer vacation soaking up some sun at a remote cabin. Yes, a cabin. IN THE WOODS. There’s lots of drinking, a pinch of sex and the odd horrific axe-murder carried out by a mysterious semi-supernatural killer. Is there a scene where one of the camp-dwellers tells a ghost story around a camp fire that ends up being true? There IS! In fact, most horror fans will be able to recognize every beat that is to follow from the opening credits onward, though I suppose that’s half the fun. But familiarity breeds contempt, and without a twist in the formula the lengthy periods without bloodletting start to get a tad monotonous, particularly when combined with some distracting technical issues. The film rights itself in time for a climactic bloodbath, but by then it’s very close to being too little, too late.

At least there’s some fun to be had in the film’s rather intriguing villain; an old west leather-smith who was tortured to death by desperadoes and roams the riverside stuck between life and death thanks to the incantations of an old spirit woman. Pretty neat, right? Now, I’m not quite sure why he’s decided to take his vengeance out on horny teenagers. And I’m not quite sure why he’s called “The Lashman” considering he spends a LOT more time chopping people up with an axe, but I guess THE AXE-MAN wasn’t quite as catchy a title. Even with these limitations a western-themed slasher villain is pretty fun to watch, and McCasland makes great use of shadows and lighting to give him the appropriate amount of menace. 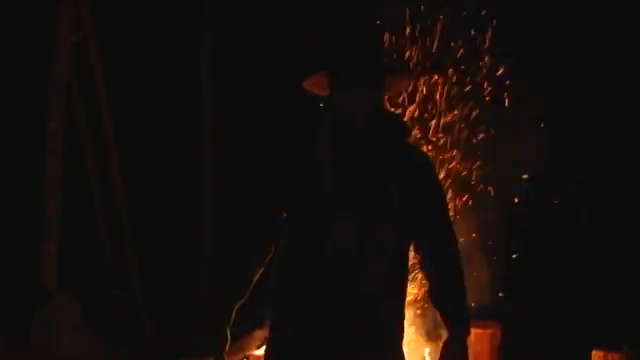 But The Lashman is only onscreen for about 5% of the anemic not-quite-80-minute run-time. Most of the film is spent with your usual cavalcade of victims, among them the lovely Jan (Kaylee Williams – promiscuous) and Stacy (Stacey Dixon – virginal), and their boyfriends Daniel (Jeremy Jones – asshole) and Billy (David Vaughn – good guy). We also get Shawn C. Phillips as Stacy’s mustard-loving, socially awkward brother. Much time is spent on Daniel’s dickishness, Billy’s voyeurism, Jan’s attraction to Billy, and some comic relief sheriffs trying to track down clues regarding the recent murder of a young couple. The internal drama is decent, though we all know the strife is just meant to kill a little time until The Lashman shows up to start chopping and whipping.

Unfortunately some good performances and strong interplay between the cast is often sabotaged by distracting audio issues, with dialogue occasionally being inaudible or drowned out by background noise. While shooting in the woods has many advantages (it’s free!), it can also be notoriously difficult to get clean sound without a lot of effort. But when so much of your film relies on interaction between characters, consistent audio is a must. McCasland fares much better with the visuals, particularly in the occasional murder sequences which show off some quality cinematography from Josh Ickes. 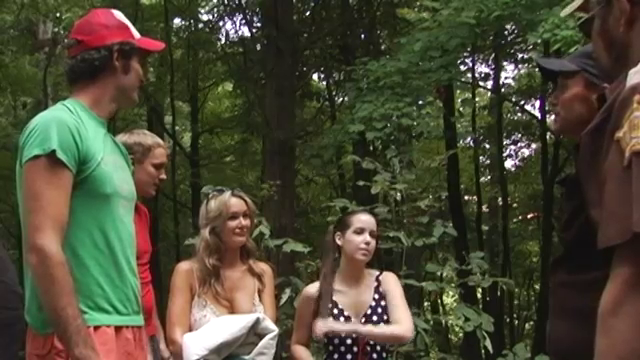 Intentionally, even gleefully, predictable, THE LASHMAN does the bare minimum to fill the seemingly never-ending hunger of slasher fans for cardboard characters and bloodthirsty villains. While refreshingly unpretentious, and with several strong performances, it’s also haltingly paced and seems to be just ticking boxes from a list of cliches; from the portend spewing nut whose warnings turn out to be true, to the missing corpse spelling out a possible sequel. A little more time spent on – and with – the titular character could have done the film a world of good, but as it is THE LASHMAN is for die-hards only.

Four Nightmares out of Five = Not Much Fun