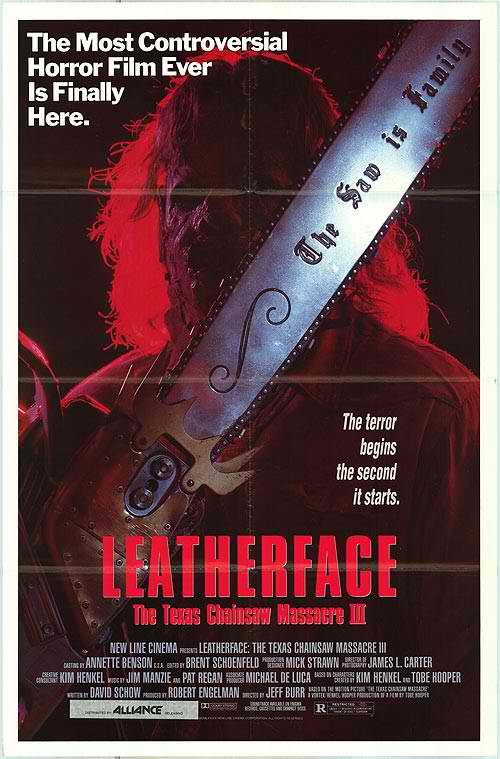 CLICK THE POSTER TO BUY THIS GOOD SHIT FROM AMAZON!

This is where the series started going downhill, Bastards.

But even though the flick kinda sucks, I will admit that it’s somewhat underrated. After the campy CHAINSAW II (which I enjoyed), LEATHERFACE tried to go back to the gritty roots of the original. Does it succeed? No, but there are fleeting moments of nastiness that I honestly dig.

Plus, the cast includes genre vet Ken Foree, and – believe it or not – Viggo Mortensen! So it can’t be *all* bad, right? RIGHT?!

After this chapter, the franchise goes completely down the shitter. Steve Guttenberg may not have been involved, but fuck him anyways!