Louis Feuillade’s 1915 10-part crime drama is coming to Blu-ray on August 14th from Kino according to an early announcement to retailers that High-Def Digest got a hold of. The 2-disc set will feature HD transfers mastered from the Cinémathèque Française’s 35mm film restoration and a 2.0 stereo track containing a musical score from the Mont Alto Motion Picture Orchestra. Additional specs and features are not yet available. I am well south of knowing anything about this so the following description after the cover art (which you can click on to pre-order) is pulled from Wikipedia. 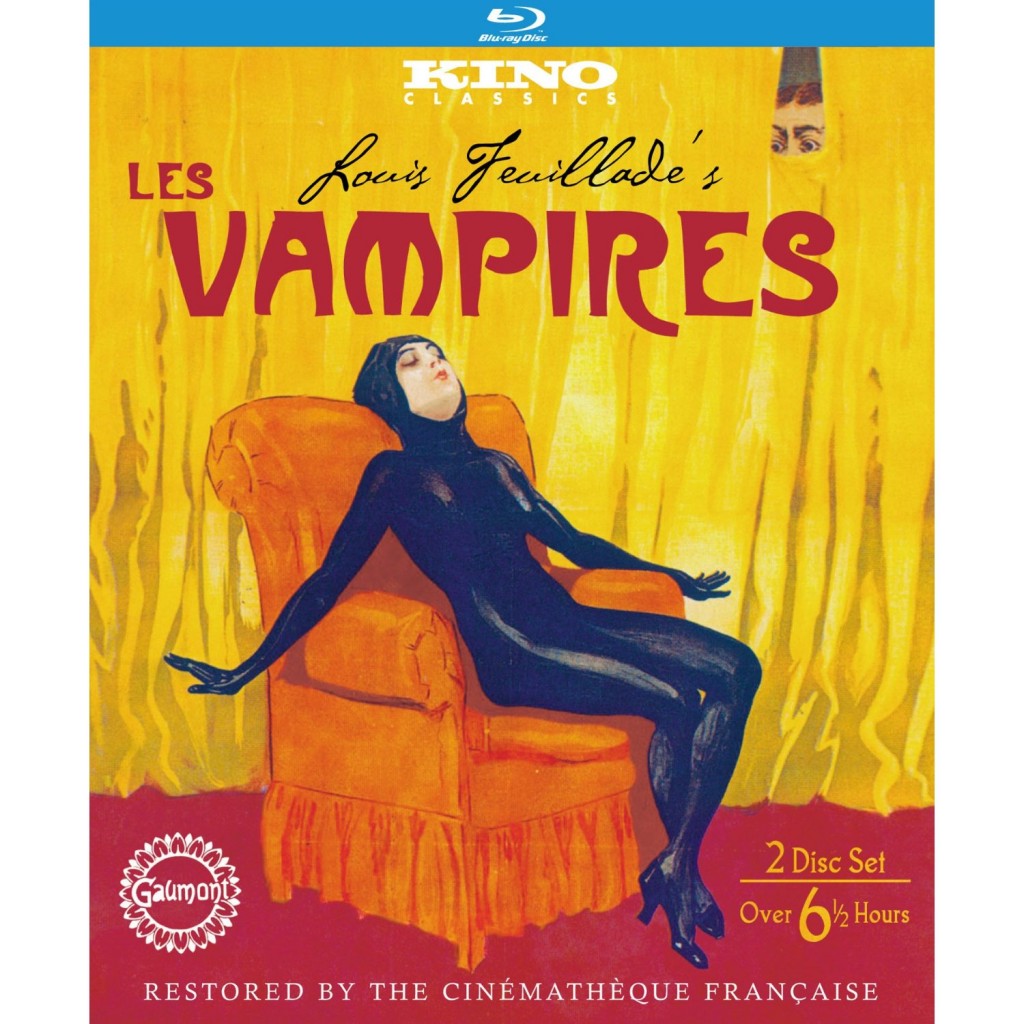 Les Vampires (English: The Vampires), also known as The Mysterious Saga is a French silent crime serial film first serialised in irregular intervals between 1915 and 1916. Written and directed by Louis Feuillade, it stars Édouard Mathé, Musidora and Marcel Lévesque. It consists of ten episodes, which vary greatly in length. Being roughly 6.5 hours long, it is considered one of the longest films ever made. Set in Paris, the film follows Philipe Guérande (Mathé), a journalist and detective, and his friend Oscar-Cloud Mazamette (Lévesque) who become involved in trying to uncover and stop a bizarre underground apache known as The Vampires (who are not the mythological beings their name suggests), primarily focusing on one of the gang’s ring-leaders Irma Vep (Musidora). Due to its stylistic similarities with Feuillade’s other crime serials Fantômas and Judex they often considered a trilogy.