Home  ⁄  The Wire  ⁄  Life, Liberty, and Trash film Guru on the DAWN OF THE PLANET OF THE APES! 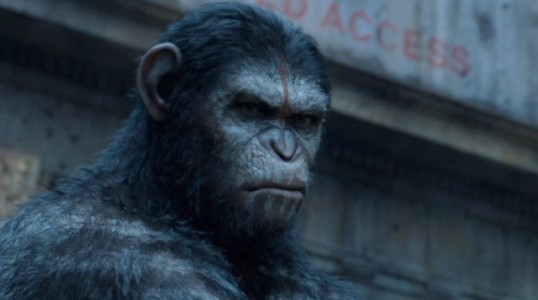 This is gonna be one easy review to write because it all boils down to this: you really can believe all the hype, DAWN OF THE PLANET OF THE APES is flat-out fucking awesome, and you need to go out and see this flick immediately. 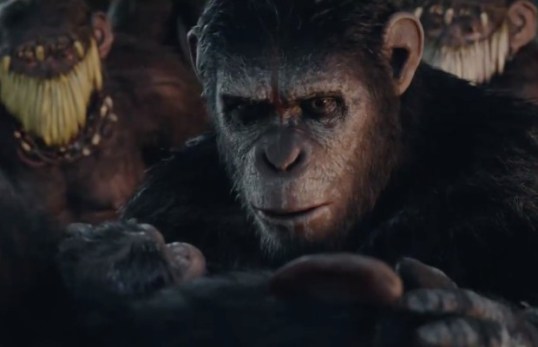 I wasn’t a big fan of CLOVERFIELD by any means, but I’m turning into a big fan of Matt Reeves. I know it’s heresy to some, but I thought that LET ME IN was every bit as good as its Swedish progenitor, and with this latest — and, frankly, best — installment in the venerable APES franchise,  Reeves has shown himself to be a director who is fully hitting his stride. The bigger and bolder the project, the more he seems to rise to the occasion. I frankly don’t even know how you go about eliciting good performances from actors who are only there for the purpose of having a bunch of hair overlaid onto their faces via computer, but he did it here. Andy Serkis, as ape leader Caesar, and Toby Kebbell, as his primary (and creepily duplicitous) rival, Koba, both turn in Oscar-caliber work on the basis of their facial expressions alone. They’re gonna wow you, folks, no lie.

As for the human actors playing — well, human parts, Jason Clarke is solid as stand-up guy Malcolm, apparent real-life asshole in the extreme Gary Oldman does typically competent (if, to be perfectly fair, unspectacular) work as survivalist head honcho Dreyfus, and Kodi Smit-McPhee is extremely convincing as Malcolm’s teenage son, Alexander (plus, he can be seen reading Charles Burns’ Black Hole, so bonus points for that). About the only weak link comes by way of nominal love interest Keri Russell, whose “concerned as shit” look at all times begins to grate pretty early on. But when you consider the fact that all these people spent pretty much the entire time in front of a blue (or maybe it was green) screen, getting only one subpar performance from the bunch is pretty good. And who knows? Maybe Russell simply can’t help coming off as worried 24/7. 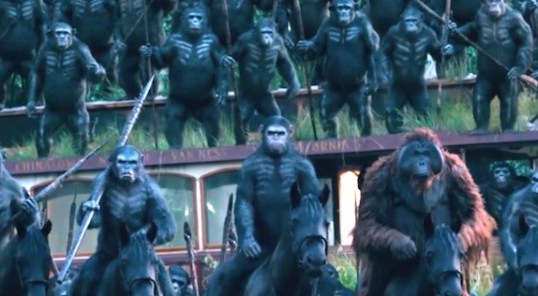 Hey, I did say it was a minor quibble, did I not?

Apart from that, this has everything you’d want in a big-budget summer blockbuster, and quite a bit more than you’d honestly expect: there’s pathos, melodrama, palace (if your palace is a tree) intrigue, cheap scares, high-octane thrills, elaborately-staged battle sequences, and a genuine sense of urgency to the proceedings. Events — and tension — gradually build to the point of inevitability, and the film’s third act actually delivers in terms of its promised payoff.  And for those of you who are tired of James Franco’s ever-evolving shtick — whatever it is — rest assured that he doesn’t even pop up in a flashback sequence.

Ya know what? Let’s not even do DAWN OF THE PLANET OF THE APES the disservice of comparing it to other summer popcorn flicks — this leaves typical blockbuster fare like THE AVENGERS or STAR TREK so far back in the dust it’s not even funny. What Reeves has made here is one of the very best films you’ll see all year, even if big-budget sci-fi grandiosity is not your thing. This is eloquent, spectacular, undeniably powerful drama of the highest order. It’s everything and the kitchen sink plus one of those nifty fancy programmable faucets all attached to a fancy-ass 300-pound granite countertop.