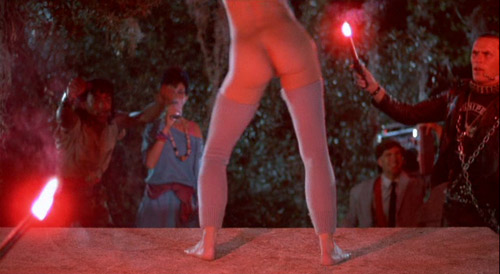 Director/producer David DeCoteau (SORORITY BABES IN THE SLIMEBALL BOWL-A-RAMA, VOODOO ACADEMY, DREAMANIAC) has announced the release of the LINNEA QUIGLEY GRINDHOUSE TRIPLE FEATURE on DVD featuring three of his films starring the sexy siren in unrated director’s cuts, to be released in January 8, 2013 and distributed though his Rapid Heart Pictures line.  This will be the DVD debut of two of the films, with a total running time of approximately 240 minutes and new audio commentary tracks featuring director DeCoteau and scream queen Linnea Quigley behind the mike. 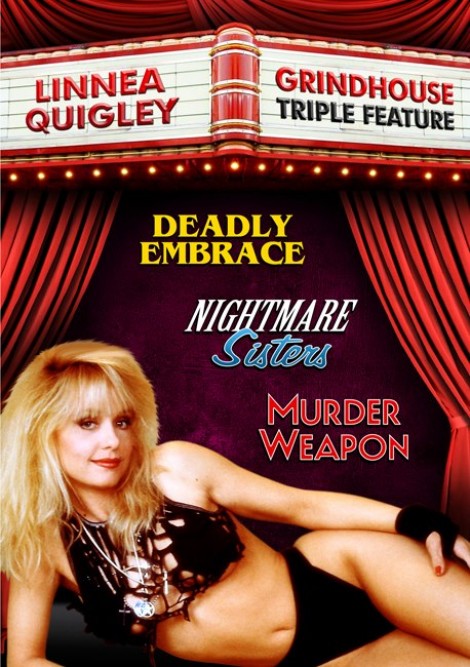 The three features in the set are:

One of the most well-remembered scream queen flicks of the era, and a staple of USA’s “Up All Night” programming, Quigley, Michelle Bauer and Brinke Stevens play three geeky college students that can’t get a date (suuuuure) who invite some geeky guys over for a séance, causing the girls to become sex-crazed vixens.  Released a few years back on DVD from Retromedia, but welcome as part of this release.

A pair of ladies (Quigley and Karen Russell) leave a sanitarium “cured” after murdering one of their boyfriends, and hold a party to invite all of their exes over in the hopes of rekindling their relationships.  But the girls have other plans, and the beaus start to get offed.  Released on VHS back in 1989 from Cinema Home Video, MURDER WEAPON is making its’ debut on DVD with this package.

The three films will be on one DVD.  Retail price is $19.95, and more info can be accessed at DeCoteau’s Rapid Heart Pictures site here.