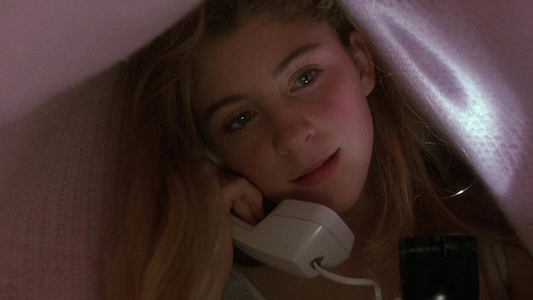 My dad has spent my entire life wistfully reminiscing about the “good old days,” when he and his friends could play throughout the neighborhood all day long without adult supervision. Meanwhile, he didn’t let me or my brother do much of anything that didn’t involve playing directly in the front yard. Even riding even a few hundred yards down the road on a bike was out of the question. Growing up, I couldn’t reckon with that contradiction, but it turns out that he was among a bunch of worried parents caught up in the hysteria of the missing kids epidemic that swept through the country. Contemporary research suggested the hysteria was overblown, but the fear was very real. Its omnipresence given voice by that iconic PSA announcement that aired well into the late-’80s: “it’s 10:00—do you know where your children are?”

In 1990, Karen Clark and Gary Sherman turned to the burgeoning psycho-stalker genre to give a possible answer to that oft-televised question: your kids just might be off telephoning strangers that just might happen to be serial killers. That’s the premise of LISA, which finds its 14-year-old title character (Staci Keanan, between career-defining stints on sitcoms My Two Dads and Step By Step) and her friend Wendy (Tanya Fenmore) in the throes of adolescent boy-craziness. They’re typical teenagers, harboring crushes on celebs (this week, it’s George Michael) and dreaming of dates with boys at school. But they also have a bizarre hobby that involves tabbing random guys’ license plates, scamming the DMV to get their phone numbers, and then calling them to make salacious small-talk. 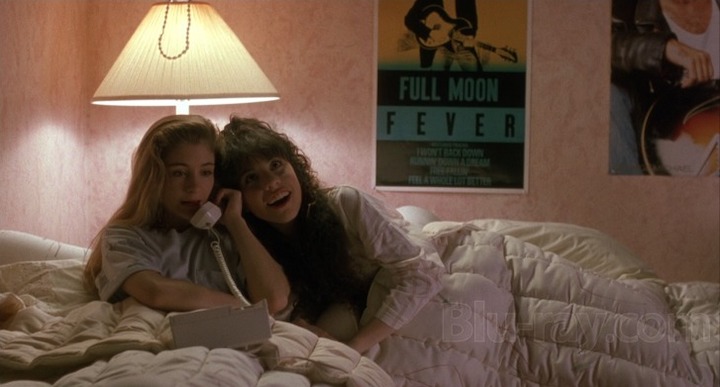 It’s all just fun and games until Lisa unwittingly crosses paths with Richard (D.W. Moffett), a psycho dubbed “The Candlelight Killer,” so named because he stalks women and strangling them in their apartment by candlelight. Sure, he might choke the life out of your body, but he’s going to do it with ambiance. He’s also kind enough to give his victims a heads up by leaving a message on their answering machine informing them of his decision to off them. A considerate lunatic—you have to respect that. 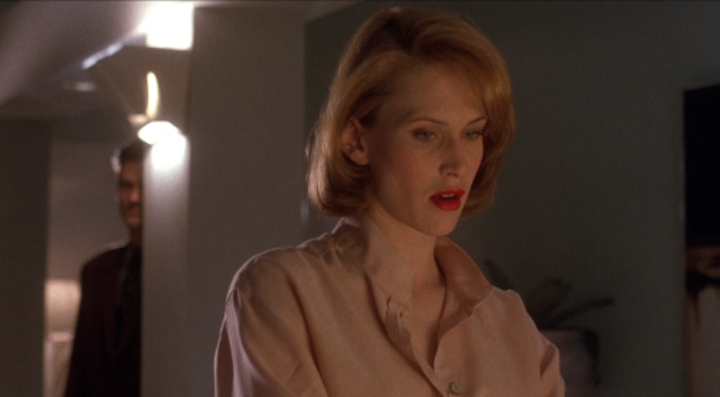 Ostensibly a ’90s update of 1965’s I SAW WHAT YOU DID, there’s something inherently queasy about LISA. Movies involving white-bread psychos stalking women would become a dime-a-dozen during this era, especially on late-night cable, where the siren-song of sultry saxophone scores was too potent for curious youngsters to ignore (even if those eyes were also constantly peeking down the hall, making sure the parents really were asleep).

But Gary Sherman dared to throw a pointedly underage girl into the mix with this one, which sets off all kinds of alarms when we’re talking about the director of a scumbag classic like VICE SQUAD. 30 years later, the sensation lingers that this kind of thing probably wouldn’t fly today, which is precisely what makes it a fascinating exploitation artifact. 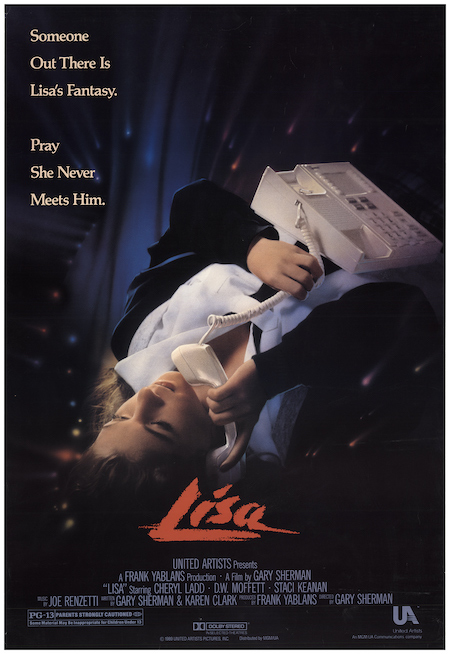 All of this is mostly theoretical, though. One glimpse at the PG-13 rating alerts you that LISA isn’t quite the outrageous, disreputable schlock its premise suggests, mostly because Sherman molds it into a trite mother-daughter drama. Lisa and her mom Katherine (Cheryl Ladd) have a slightly offbeat relationship; with a father out of the picture, the two are more like friends or sisters, meaning Katherine is quite permissive unless it comes to dating. She’s decided that Lisa won’t be going out with any boys until she’s 16, so these phone dalliances also double as an act of rebellion. 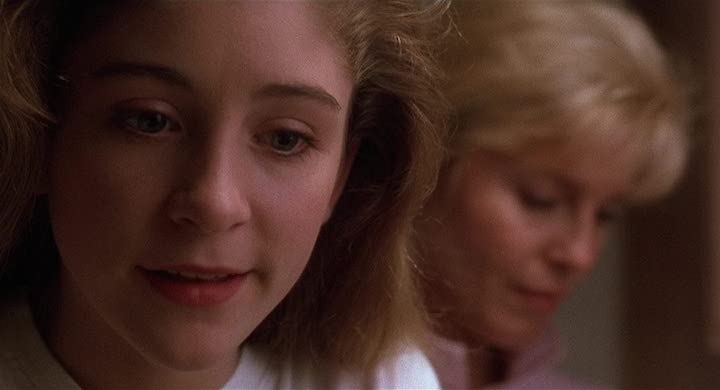 LISA seems to hold some promise as rubbernecking cinema, the sort of movie you can’t help but watch because it seems so wrongheaded; instead, it mostly delivers heated exchanges, yelling matches, and an extended subplot where Lisa assumes her mom would lighten up if she could just get laid (her paraphrased words—not mine!). Good thing she’s got a hotline connection with Richard, which touches off the series of unfortunate events resulting in a tense stalk-and-slash confrontation for the final 15 minutes. 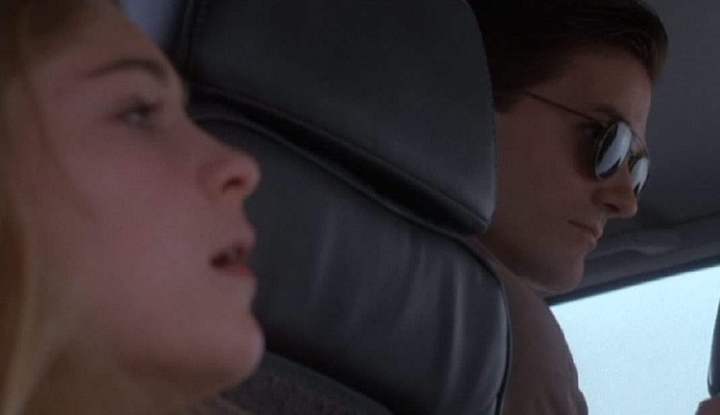 The climax also doubles an aggrieved teenager’s fantasy when Lisa and Katherine are trapped in her room without a phone because it was taken away as punishment. This is why you should never take away phone privileges, mom—you never know when you’ll need to call 911 because the man your daughter’s been flirting with might assault you in your own home. 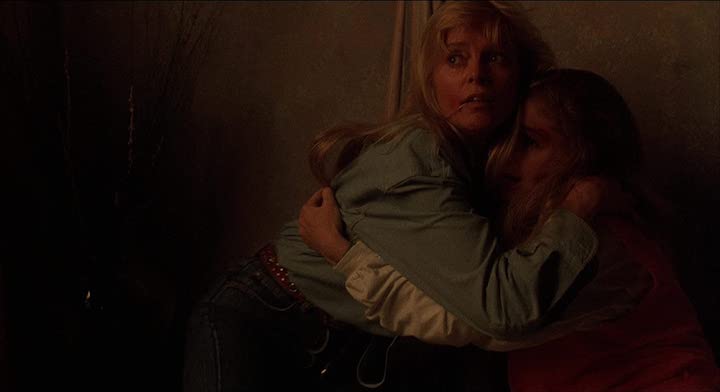 Maybe it’s not exactly what you signed up for, but Keanan and Ladd have a natural chemistry, even if the former’s presence as a sitcom mainstay gives this production a “Very Special Episode” vibe. When a movie features a scumbag stalking women in their own homes, you don’t expect the most compelling part to be Cheryl Ladd’s struggle to maintain the maternal balance between being cool and overprotective, yet here we are with LISA.

In fact, Richard’s homicidal exploits are mostly confined to the pre-credits sequence and the climax. When he kills a random lady in the middle of the movie, it almost functions as a reminder that yes, LISA does feature a yuppie maniac. Moffett is rather anonymous in the role but shows an occasional glimmer of vulnerability whenever Lisa leaves him hanging on the phone. 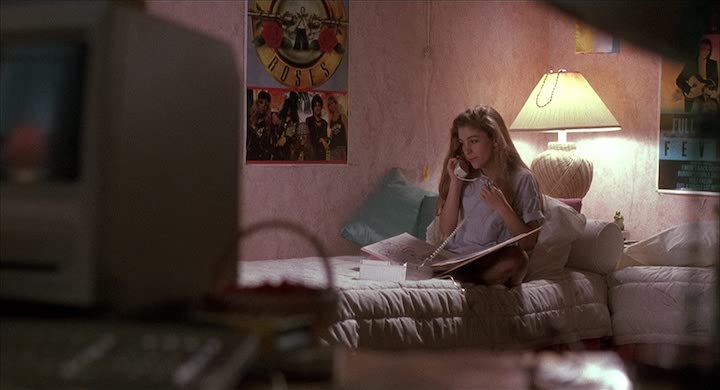 Because he’s used to wielding his power over women, it’s obvious that Lisa’s teasing and innuendo leaves him frustrated at the tables being somewhat turned. A more complex movie might have tackled these interesting dynamics, threading their explosive implications through this silly powder keg of a plot, but LISA isn’t that movie. 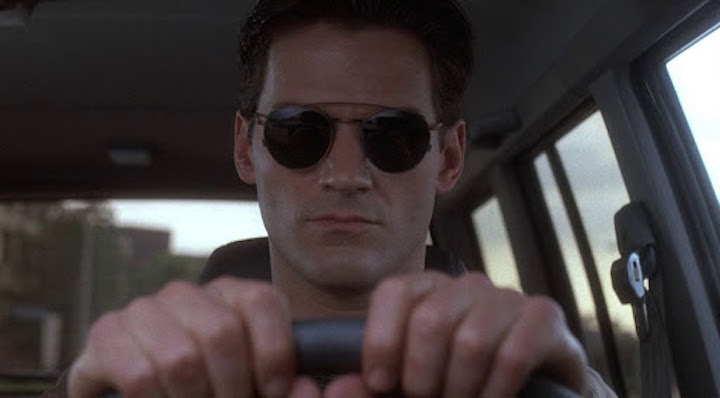 Rather, it’s the most conventional take on this premise imaginable, for better or worse, helmed with a steady precision by Sherman, who had become a reliable genre hand at this point. He’d go on to do mostly TV work for the rest of his career, making the dulled edges and pulled punches here a harbinger for the rest of his career. One can imagine a much scummier movie, but one can also be thankful that LISA doesn’t go full tilt because only a real lunatic would want to see someone do harm to Staci Keanan. Maybe the Sherman who helmed VICE SQUAD would have gone all the way; this is definitely a far cry from that and other early successes like DEAD & BURIED and RAW MEAT (aka DEATH LINE). 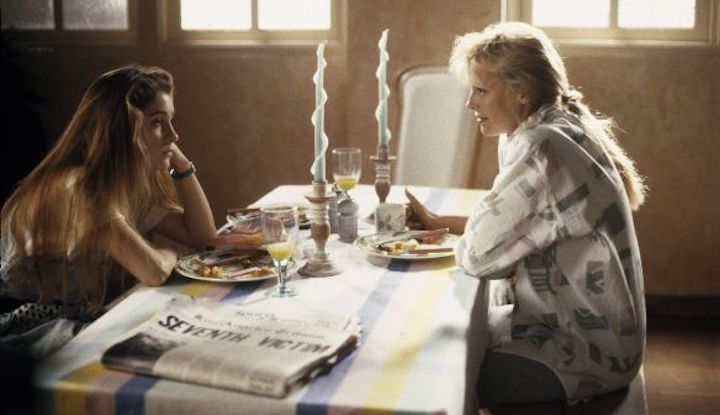 But it’s for good reason: apparently, Sherman must have also been one of those over-protective parents because he wouldn’t let his daughter watch his R-rated fare. So, when MGM gave him carte blanche following the tragic circumstances surrounding POLTERGEIST III, he made this with her in mind, which is both twisted and sweet dad goals all at once. To his credit, LISA did alert audiences to the perils of catfishing strangers’ decades before that become part of the popular lexicon. Less than a decade after its release, parents would have to wrestle with a new boogeyman taking the form of online chatrooms and instant messaging. 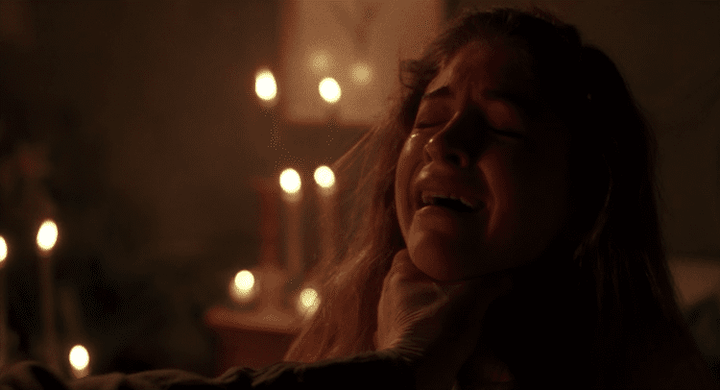 I doubt that kind of prescience was on anybody’s mind when producing LISA, a film that otherwise slinks alongside other films of this ilk. Again, there was no shortage of these stalk-and-slash thrillers that glutted cable programming for years, often to better effect. While cinema has thrived on putting women in danger practically since its inception, this peculiar strain spliced softcore titillation with Hitchcockian suspense and slasher movie violence. LISA is even more peculiar because it mutes the schlockier impulses to forge the kind of sturdy but milquetoast women-in-peril thrillers we’ve come to dismiss under the umbrella of “Lifetime Movies.” Admittedly, I’ve found myself using it as a derisive shorthand, which might not be fair. After all, if this sort of movie was good enough for Gary Sherman, then it’s good enough for me.