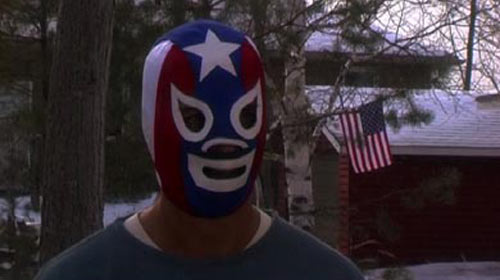 Back in the day, when I was part of a ridiculous rock n roll psychobilly stripping circus, I learned the fine art of amusing one’s self on longer car trips between shows. This was handy, as touring across continental North America could mean long jags in the car where lots of books got read, hangovers slept off, and you had the chance to study your bandmates idiosyncrasies at great length. As we each acquired laptops, we found ourselves drawn into the antisocial world watching films privately, but as space could be tight, we often wound up swapping DVDs around so our meagre vehicle didn’t become awash in media clutter. This meant buying cheap DVDs at gas stations and truck stops, watching them, sharing them around, and then consequently abandoning them in various cities. 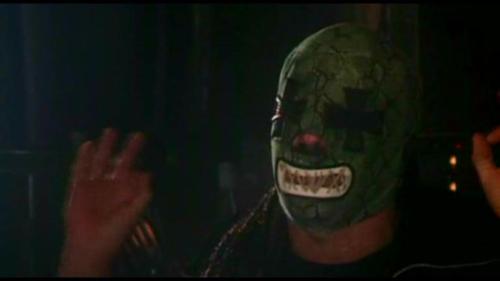 It was on a tour of BC/AB on the west side of my native country that we were hauling ass out of a small town called Invermere. We had pulled up and loading up on gas and I saw the DVD remainder bin was awash in titles I’d not heard of, and, being a lover or rare and exotic low brow, loaded up. One of these fine gems was ENTER… ZOMBIE KING, a piece of Canuxplotation that was relatively new and totally unknown to me. Its casing was garish and bright but the title and synopsis were so ridiculous that I knew I had to own it, and if it failed to entertain I could, at the very least, use it to level the bass cabinet that had been a bit wonky during shows.

The film follows Ulysses, who is a renowned luchador wrestler and the people’s hero. His friend and fellow wrestler, Tiki, has become part of a touring show featuring wrestlers facing ‘tame’ zombies. Interested to see how this plays out, Ulysses goes to take in his old tag team partner’s show with fellow luchadors Mercedes and Blue Saint. But there is murder most foul when a body is discovered in the parking lot that has been eaten by one of the undead, which cues Mr.X, who is part of a mysterious government agency (which I’m fairly certain isn’t CSIS) looking for a pack of rogue zombies. Things come to a head when the good guys need to square off against the Zombie King, bent on converting the living to his undead puppets with the help of villainous wrestlers The Murderlizer and The Vixen. 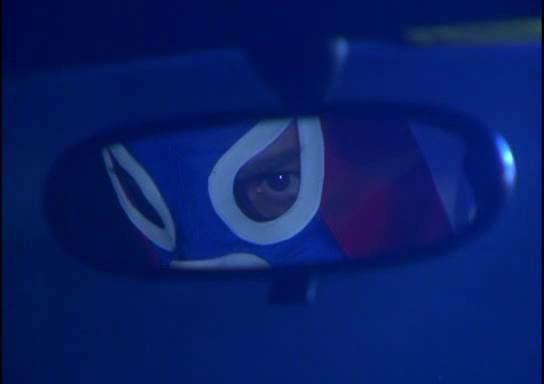 This is not a mega budget film. There are things that many people would scoff at from a technical standpoint. But to those, I say get stuffed. This is a pretty pure example of Canadian low budget filmmaking. It was entertaining, it doesn’t take itself seriously, and there are zombies and luchadors. As a Canadian made throwback to 60’s beach movies and Mexican wrestling films, I enjoyed it. It put me in mind of a low budget PSYCHO BEACH PARTY where they had the Los Straightjackets (an awesome surf band who my own band had performed with along with the Flying Pontani Sisters), so this evoked a big smile for me. Anyone who watches this is likely aware that they are not watching an Oscar-bait film. But these are also people who, like me, enjoy eating junk food, and this is pure, wonderful brain junk food.

And I am pleased to report that the bass cabinet still wobbles, because I’ve this little number nestled snugly on my DVD collection shelf.