Vinegar Syndrome’s Peekarama line of adult double features has so far focused on the 1970s and early 80s, but one of their latest releases is something of a departure in more than one way. First, both feature films are from the late 1980s (1987 and 1989), and second, this is the first release in Vinegar Syndrome’s “Films of Alex de Renzy” line of releases. de Renzy, a legendary adult filmmaker whose career spanned 70s up until his death in 2001, is considered by many sex film aficionados as one of the best directors who ever worked in porn. Vinegar Syndrome has announced they will be releasing a number of his films in restored versions such as this one. So how does the introductory entry, PRETTY PEACHES 2 and 3, hold up?

PRETTY PEACHES 2 opens with Peaches (Siobahn Hunter) and her boyfriend Bobby (Peter North) about to have sex when Peaches’s mother Eunice (Tracey Adams) yells at Peaches to go to bed and get Bobby out of the house. Peaches gives Bobby some bad directions to the bathroom and goes to bed, while Bobby ends up in Eunice’s bedroom hiding behind a curtain while she undresses. While Peaches laments that she’ll never learn about sex, her mother and Bobby get acquainted in the other room. Peaches resolves to ask her stepdad Stanley (Herschel Savage) to tell her about sex the next day, but all he can manage to tell her is to ask her friends in the locker room. His one piece of advice: “Don’t be a tease.” Determined not to play “hard to get” thanks to her stepfather’s advice, Peaches takes off hitchhiking to San Francisco to visit her Uncle Howard (Ron Jeremy). 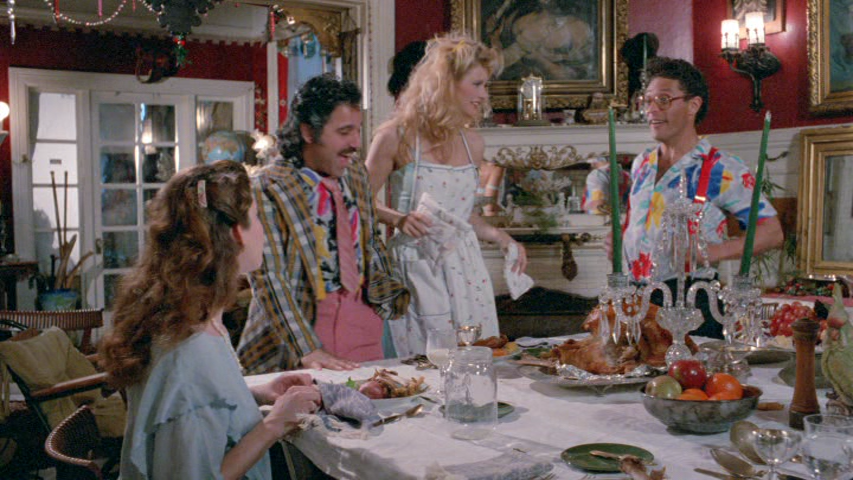 On the way she meets a trucker (Buck Adams) who is so impatient to have sex with her that he hires a hooker (Janette Littledove) who knocks on their hotel room door while Peaches is in the bathroom. Meanwhile, Eunice and Stanley discover Peaches has run away and they head to San Francisco, too, reliving their motel room glory days in the process. When Peaches gets to Uncle Howard’s house, she leaves the dinner table early when Uncle Howard and Auntie (Ashley Wells) start a threesome with their son (Billy Dee). She then meets aloof Crystal (Melissa Melendez) and strange Granny (Jamie Gillis), a cross-dresser who finally teaches her about sex. Eunice and Stanley arrive in San Francisco, but how will they get Peaches back to her small town life now that she’s seen Chinatown?

In contrast, PRETTY PEACHES 3 (subtitled THE QUEST) follows Peaches (Keisha) as she leaves the trailer park where she lives with her mother (Tracey Adams again) on a quest for spiritual enlightenment. This journey is spurred on by an encounter with psychiatrist Dr. Thunderpussy (Rachel Ryan), who Peaches’s mother notes must be good because she was on “The Oprah Show.” Peaches catches a broadcast of weeping preacher Billy Bob (Jamie Gillis again, doing his best Jimmy Swaggart) and takes it as a sign. She heads for Billy Bob’s home and once again, her mother sets off after her, this time taking Peaches’s boyfriend Bobby (Gene Carrera) along. Unsurprisingly, Peaches’s quest does not go all that well, and most of the people she encounters on her trip are a lot more interested in her body than her soul. Will she ever find spiritual enlightenment, or will she at least get a ride back to the trailer park? 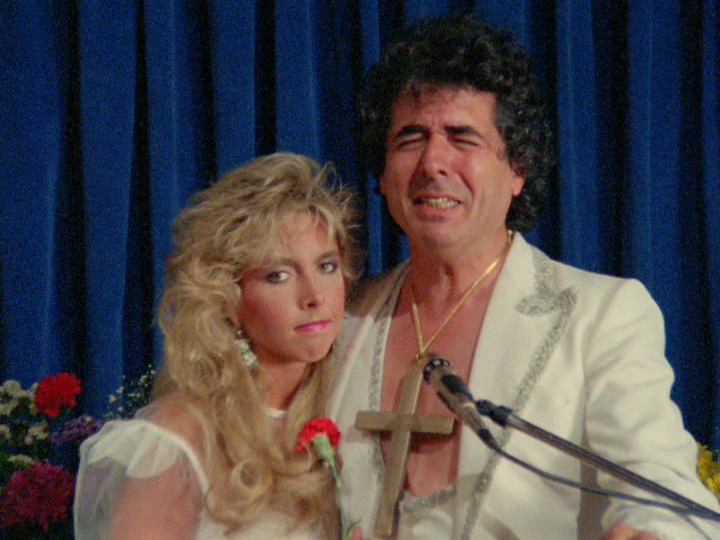 It’s not hard to see from this pair of films why de Renzy is so highly regarded among adult film fans. While they obviously had much lower budgets than contemporary American studio films, they more or less just look like standard big-studio sex comedies that happen to have actual sex in them. This applies more to PRETTY PEACHES 2 than PRETTY PEACHES 3, which has a much thinner storyline threading its sex scenes together, and its full-frame (1.33:1) presentation makes it look less like film than PRETTY PEACHES 2, which is presented in widescreen (1.85:1). However, both films look and sound nice, both have a lot of funny stuff, and the casts are mostly very good and everyone looks like they’re having a great time. This is particularly notable in the big scene with Peaches and Granny in PRETTY PEACHES 2, where it looks like Siobahn Hunter is having a tough time not cracking in the face of Jamie Gillis’s hilarious performance.

Vinegar Syndrome scanned both features in 2k from the 35mm camera negatives, giving these two films unquestionably the best presentation they have ever had on home video. The disc also includes the theatrical trailer for PRETTY PEACHES 2. This is another great release in the Peekarama line, and does a great job of whetting the appetite for future releases in the “Films of Alex de Renzy” series!